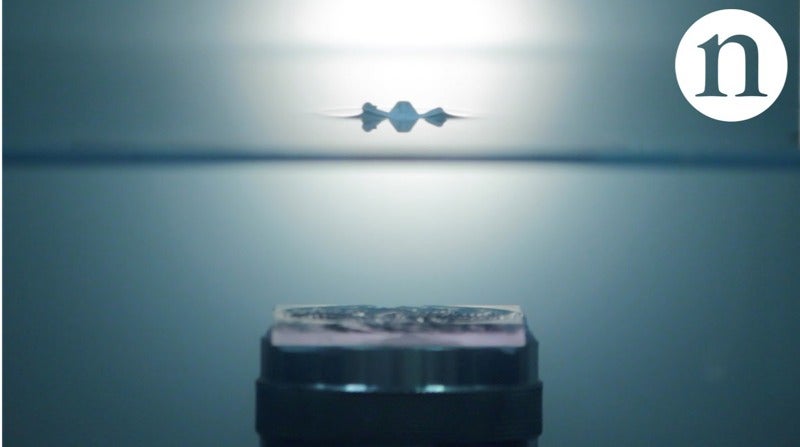 We’re all familiar with holograms, the projected 3D images created by manipulating light. But can you create a hologram with sound?


Actually, yes. Scientists at the Max Planck Institute in Germany used tiny silicone beads assemble into patterns on the surface of water, holding that shape for as long as the sound persisted. In effect, they created acoustic holograms.

According to Peer Fischer, co-author of a new study in Nature, it’s conceptually the same thing as the holograms generated aboard the Enterpise in the Star Trek franchise. “Only we don’t generate an image using light,” Fischer said. “We do it with sound.”

Fischer and his colleagues made pretty water rings in the shape of dove, levitated a water drop, and propelled little paper boats across the surface. They did it using acoustic levitation, a technique often used to study bubbles and foams, among other applications, suspending them in mid-air to keep gravity from causing them to coarsen. 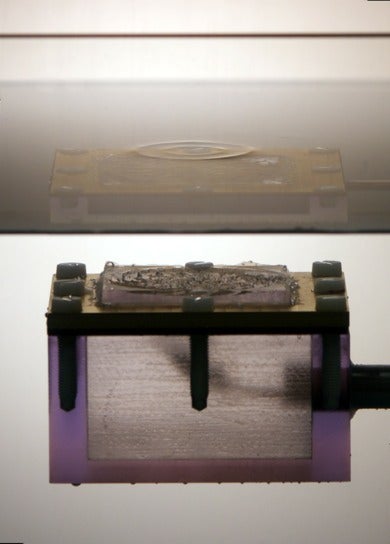 When those reflected waves interact with each other in just the right way, the troughs and crests cancel each other out, and you can levitate various small objects, like insects or fish.

In this case, the German team built a system that reflected sound waves of different amplitudes and frequencies off an object from many different angles. They put a speaker underwater to serve as the transducer, and projected sound waves up toward the surface.

Unlike prior acoustic levitation experiments, which required many transducers to produce many different kinds of precisely tailored waves, the Max Plank team used a single sound source. The key: a special 3D-printed hologram plate.

As the above video explains, some parts of the plate are thicker than others, so the sound waves take longer to pass through them. This creates a distortion pattern, which carries up to the water’s surface. So any object floating on that surface — silicone beads, or paper boats — will be affected by those patterns.