It was only a matter of time before we saw our first clone of Microsoft's Surface Studio. The uber-expensive new desktop computer is part iMac, part Wacom Cintiq display and all kinds of cool looking. But when Dell showed Gizmodo the new Dell Canvas 27, a 27-inch touch-enabled display meant for artists and other creative types, the rep bristled at the clone label.

All The Coolest Tech From CES 2017

Heading into CES 2017, we had a good idea as to some of the big trends we'd see. And we weren't totally wrong -- Amazon's Alexa assistant was baked into gadgets everywhere, even in cars! But looking back at all of our coverage, there was plenty we had no idea about. This is the best stuff we saw at CES 2o17. 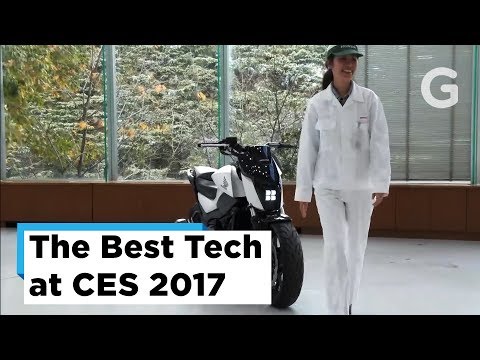 From dubious-looking electric cars, to the latest in smartphones, wafer-thin TV's and beds that kick you out for snoring, here's everything we spotted on the show floor at CES 2017.

Five Of The Best New Phones On Show At CES 2017

We've spent the last week scouring the halls and show floors of the Consumer Electronics Show in gaudy Las Vegas, and we've found something worth writing home about. A few new smartphones big and small, expensive and inexpensive, and a few world firsts, were on display -- and will be coming to Australia.

Razer had some of the coolest tech of CES in 2017. First there was the enormous 17-inch 12K laptop with three screens and enough LEDs to light a small runway. Then there was the sleek alien-looking projector that expanded a game's image well beyond the edges of the TV screen. Gizmodo was impressed with these prototypes. So were some thieves, who stole at least two prototype samples from Razer's booth during the show.

There are a lot of crazy LEGO builds out there. This Rubik's Cube solver, or this hypnotic ball contraption, for example, give you an idea of just how technical some of these projects can be. Now, LEGO is finally making robotic toys for everyone who's too lazy to learn to code.

BMW: Go Ahead, Take Your Hands Off The Wheel Of Our 5 Series Prototype, It's Fine

The new 2017 BMW 5 Series will be like what the new E-Class is for Mercedes, and not just a midsize luxury sedan. The new 5 will be the platform in which BMW will test a ton of new autonomous gizmos. To show everyone what to expect, BMW brought an automated prototype to CES that's pretty much capable of driving itself.

Press conferences are typically a dull, boring affair filled with speeches. Until Intel took (mostly) everyone into a room at CES 2017 and told them to put on an Oculus Rift headset. 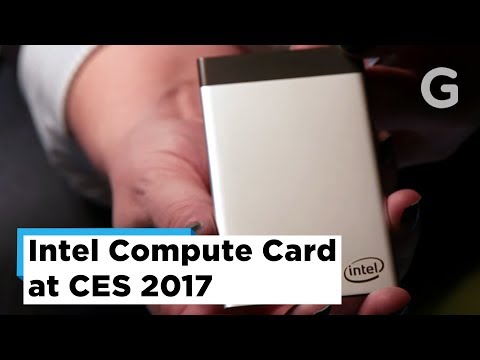 The Intel Compute Card is tiny. It has a motherboard, memory, storage, Wi-Fi radio and can even pack Intel's latest Kaby Lake processor. Yet it's only about with size and thickness of a few credit cards. You insert it into any dumb monitor and instantly have a computer as powerful as your laptop. 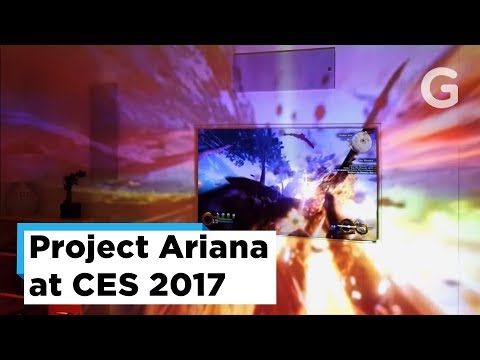 VR is cool. VR is expensive. VR is not quite ready for our frail little bodies. So let's forget about VR and get excited about other hyper immersive gaming experiences -- like Razer's new concept, Project Ariana, a 4K projector that splashes entire virtual worlds onto the wall of your home.

Last year, one of the coolest things we saw at CES was a mock-up of Kodak's digital Super 8 camera that recorded to actual Super 8 film. We were supposed to get more details in autumn, and the camera was supposed to come out in spring. And then spring came and went and we heard nothing.

I Am Lusting Over Sony's New Paper-Thin E Ink Watch

Despite the added functionality that manufacturers keep trying to cram inside them, watches have always been, and will always be, a fashion accessory first. And that's why we're lusting over this new concept E Ink watch from Sony that can instantly change its design, but is also thinner than a credit card. 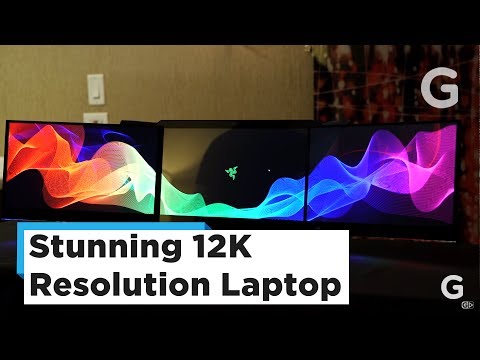 You know what the laptop needed to make it better? It doesn't need better battery life or to be lighter or thinner. It needs three goddamn 4K displays strapped onto one device. At least that is what Razer thinks, and having played with its new concept device, Project Valerie, I've got to say, I'm down with having a laptop that's thick as a brick so long as it has three 17.3-inch monitors built in. That's a lot of pixels.

Turning the Apple Watch on its side while it's charging overnight puts it in Nightstand Mode so you can always see the time. But with Elgato's amusing new W3 stand, instead of a tiny alarm clock, your Apple Watch becomes a miniature replica of the original Macintosh computer on your bedside table.

Forgetting A $137,000 Pair Of Diamond-Saturated Headphones On A Plane Would Be Heartbreaking

Thanks to Onkyo, throwing on a pair of fancy rose gold Beats headphones is no longer a status symbol. Compared to Onkyo's new Diamond Headphones which will be available -- to a select few -- for somewhere around $US100,000 ($137,188), those rose gold ear goggles you were so proud of might as well be just another boring pair of white iPhone earbuds.

Dear God, Please Save This Poor Soul From The Saddest Booth At CES 2017

Take a look at this booth. What does this company do or sell? I have no idea, but I'm pretty sure that this guy needs a hug. You'll notice that he's alone, and it appears that he just spilled an armload tablets. But that's not even the worst part.

Polaroid's Tragic CES Booth Is What Happens When A Brand Dies

Polaroid's CES booth might be the saddest thing I've seen all show. It isn't your typical "sad" CES booth -- it's huge and filled to the gills with products -- but the contents inside show what happens when a brand collapses into itself.

If you can't stay organised or remember your to-do list without a myriad of sticky notes plastered around your computer's screen, this new compact printer makes it easy to turn messages, photos, screenshots and basically anything on your phone into a tiny square of paper you can stick or share.

When I was a kid, self-driving cars were the sci-fi future. They were the stuff of Isaac Asimov's Sally and the Johnny Cab from Total Recall. I didn't actually think that they'd ever happen -- the concept itself was a long way from reality, a lot more fi than sci. But smarter brains than mine, with the help of some surprisingly old-school tech, have built cars that can drive on everyday roads.

I took a short trip in one, and it was normal. Normal to the point of being bland -- which is what you want from a self-driving car.

B&O Play is the Danish audio brand's more accessible, younger, funkier sibling, and it has a new wireless speaker to take on Sonos in your home. Design has always been a hallmark of Play and its much more distinguished older brother, and accordingly the new M5 is an utterly beautiful device -- probably the most stylish I've ever seen.