The rapper/actor also known as Curtis Jackson may be cooking up an action show that sounds a whole lot like Luke Cage, but his four-year-old son wanted his daddy to turn into a DC Comics hero for his birthday party. So Fiddy became Cyborg. Cue the white noise blasters. Sensors are everywhere — in our phones, watches, and shoes. And now our earphones, too. The SMS BioSport heart rate-sensing earbuds aim to be the audio companion of choice for all you marathon runners, mountain bikers, and other hardcore athlete types who need to know your beats per minute on… 50 Cent Would Like To Talk To You About His Headphones 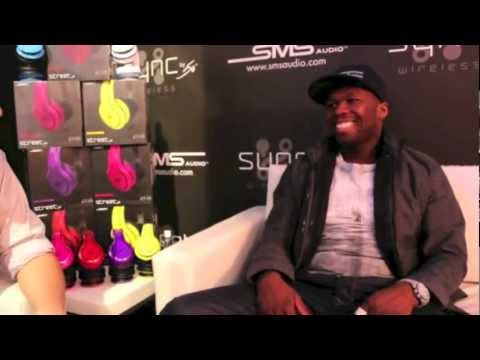 Dr Dre decided to endorse expensive headphones. Despite not being that great, they’re becoming sidewalk ubiquitous. Ergo, 50 Cent (aka Curtis Jackson, aka known purveyor of rap and B-movies and Vitamin Water), isn’t going to be left out. We chatted with Curtis about his new cans, Twitter and women. 50 Cent Will Make Dr Dre Proud With These Headphones