The DJI Mini 2 Is a Great Step Up

As a wannabe cinematographer who salivates over gorgeous aerial shots from directors like Denis Villeneuve, drones are just damn fun to film with and fly. But I’ve been on a hunt for the drone for me and my artistic aspirations (and if I can save a few bucks, that would be great too). Drones are either cheap, flimsy, and lacking in quality, or they’re excellent and expensive. But the new DJI Mini 2 is making a case to be the ideal drone for all, me included.

Straight out the box, the Mini 2 looks exactly like the Mavic Mini. Like that drone its’ an affordable, and practically pocketable drone that gives you the neatest features available from pricier drones, but in a tiny and fairly affordable package. ($749 might be too much for you, but just as people are willing to pay a little more for a DSLR, so should the be prepared to spend more than a few bucks on a solid drone.) Like the Mavic Mini the Mini 2 sports the “Ultralight 249g” decal on its body — a great reminder to all that the Mini 2 doesn’t need to be registered with the FAA due to its weight class. It still has the same foldable design as the Mavic Mini too. In fact, aaside from its new name tattooed on one of its arms, the Mini 2 looks basically the same as the Mini. 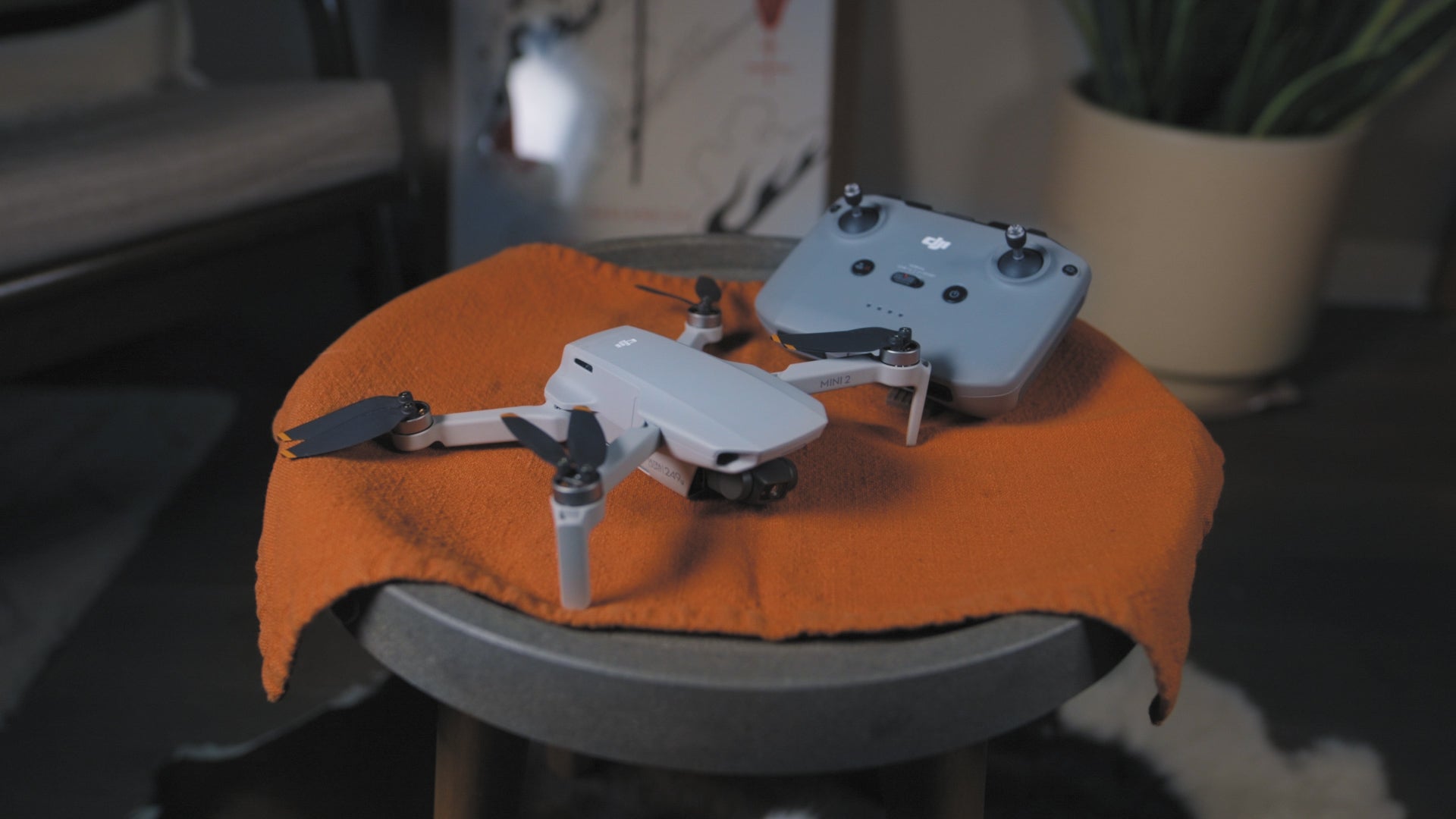 An update to DJI's tiniest drone.

4K drone. No need to deal with the FAA. User experience is killer. Controller is top notch.

Granted DJI did just release its predecessor a little over a year ago. So a change in design would not be warranted. What ain’t broke don’t fix, right? And what I’ve learned from a handful of romcoms is that beauty is truly on the inside. The Mini 2 shoots in 4K up to 30 fps at a bitrate up to 100 Mpbs.

DJI also added a RAW feature to its photo mode, giving photographers a wider spectrum to edit their images in post. Images from Mini 2 handled worked Photoshop without pixel peeping too much. Same for the video footage as well, to some extent. Definitely not as good as the Mavic Air 2 and its D-Cinelike mode, which records footage on a flatter colour profile. But enough to pull out some highlights and shadows. And aside from its upgraded camera specs, the Mini 2 now runs on Ocusync 2.0. The upgraded transmission system allows the Mini 2’s range to reach up 10 km unobstructed. Do a little maths…carry the 1… ah yes, that’s a little over 10 km.

Yet the most impressive upgrade has to be its new controller. DJI got ride of the toy-looking controller that came with the Mini, and upgraded it to the same one that comes with the Air 2. I personally like this controller. It’s great in hand and has a good weight to it elevating the Mini 2 experience to newer heights. Definitely better than the old.

Thinking about the DJI Mini 2 I’m reminded of when you take that first jump from any camera you can find to a low-end DSLR like the Canon Rebel. There’s an absolute rise in price that can feel shocking, but what you can pull of after making the move is impressive enough that it can be worth it. The $749 DJI Mini 2 is for videographers and people in the influencer community who want those epic 4K drone shots for their content. It’s for the somewhat seasoned drone flyer that wants to upgrade to something much better in the 250g weight class. Or the newbs who are willing to pay the $749 price tag for an incredible user experience.

If you fall into one of those categories, the DJI Mini 2 will do exactly what you need to do. And that’s enough.