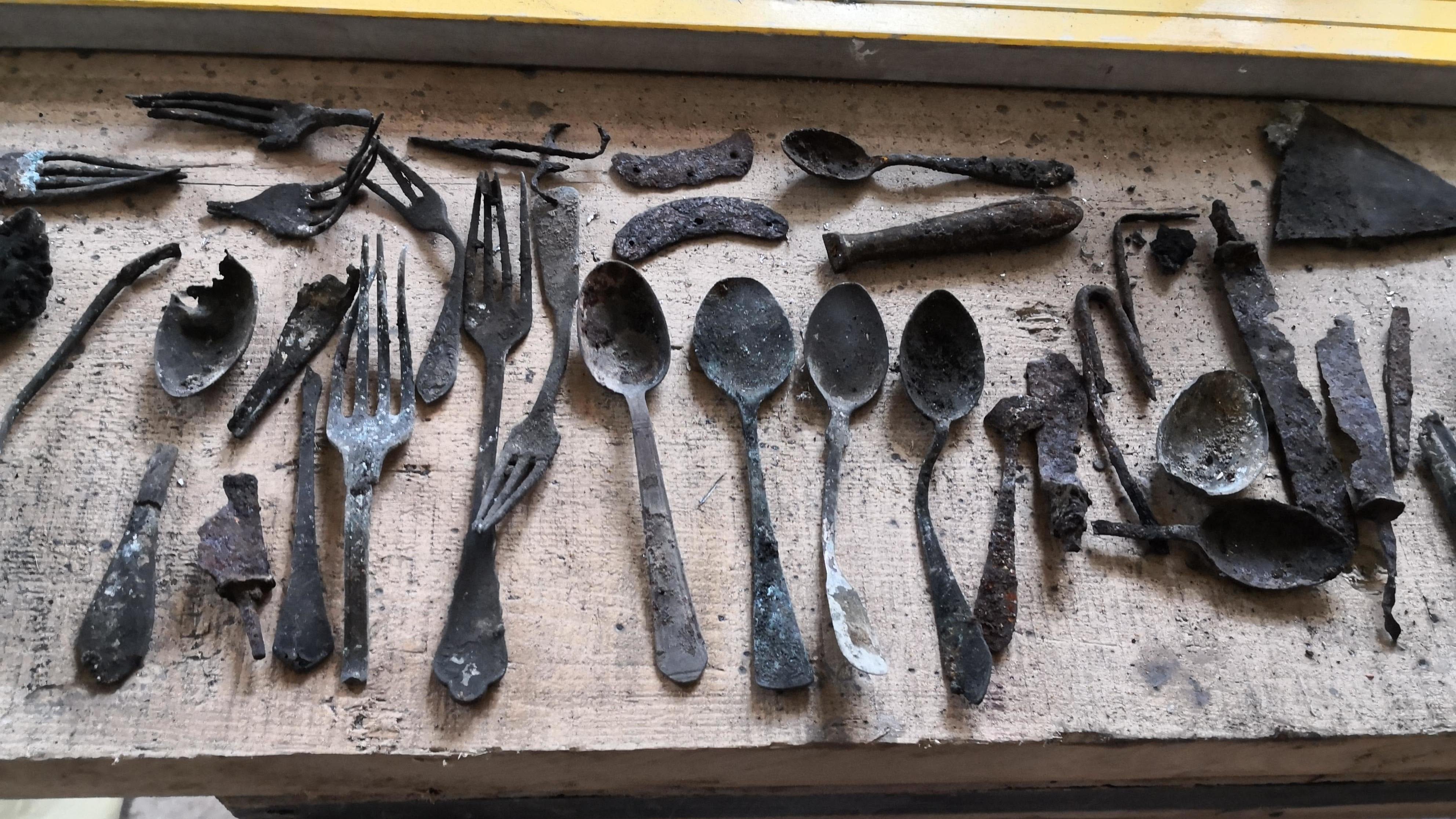 Some of the objects recently discovered at Auschwitz. (Image: National Fund/Kaczmarczyk/Marszałek)

A team working to restore a historic building at the Auschwitz concentration camp in Poland have stumbled upon numerous items hidden by prisoners inside a chimney.

Forks, knives, scissors and a host of other items were found at the Auschwitz main camp in late April, according to a press release put out by the National Fund of the Republic of Austria for Victims of National Socialism (the term “Nazi” is an abbreviation of Nationalsozialist, the German word for national socialism). These items, hidden by prisoners inside a chimney flue, are adding to the archaeological and historical record of this awful place.

Spoons, knives, scissors, and other objects found inside the chimney. (Image: National Fund/Kaczmarczyk/Marszałek)

Located in southern Poland, Auschwitz was the largest concentration camp complex operated by Nazi Germany. The items were discovered at a former prisoner’s barracks, called Block 17, which is located in Auschwitz I, otherwise known as the Main Camp. By the end of the war, Auschwitz consisted of 40 individual camps, including Auschwitz II-Birkenau—the location of the gas chambers. Approximately 1.1 million people died at Auschwitz, the vast majority of them Jewish.

Block 17 is currently undergoing renovation and restoration work, which the National Fund began back in September 2019. This is being done to preserve the historically important structure and in preparation for an upcoming Austrian exhibition. 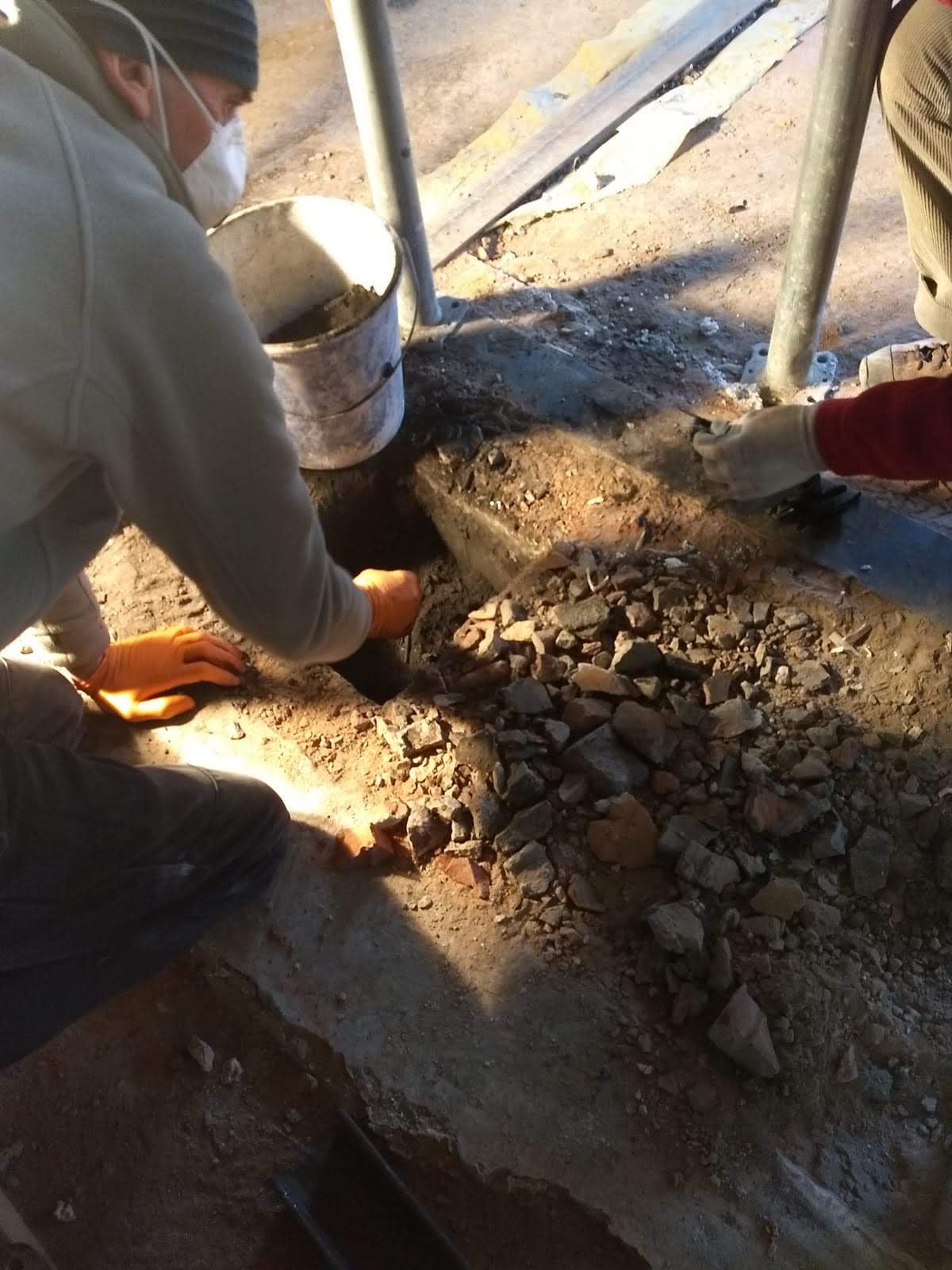 The objects were found within the chimney flue. (Image: National Fund/Kaczmarczyk/Marszałek)

Block 17 dates back to 1941 and consists of a cellar, ground and upper floors, and an attic. While conducting the renovations, National Fund workers found an old chimney flue on the ground floor. At the base lay a number of hidden objects, including “knives, forks, hooks, scissors, pieces of leather, cobbler’s tools and parts of shoes,” according to the press release. The items were recovered, documented, and turned over the Auschwitz Museum for conservation.

In the press release, Johannes Hofmeister, a structural consultant to the National Fund, offered his explanation for the finding. He believes it’s “no coincidence that a chimney was used as a hiding place in the very building where chimney sweeps were accommodated.” It’s possible that “people with special manual skills were housed in the building,” and according to survivor accounts, “there were a number of workshops in the cellar where, for example, baskets were woven.”

The prisoners may have used these tools to fix clothes and shoes, pick locks, prepare for an escape, or for bartering with other prisoners, according to the National Fund. Importantly, a proper archaeological and historical assessment of the findings has yet to be performed, so this remains speculation.

Auschwitz was liberated 75 years ago, but the camp still has many stories to tell. In 2017, for example, a handwritten letter written by an Auschwitz-Birkenau prisoner was discovered, restored, and deciphered. These sorts of discoveries are painful but so very important.