The True Story Of The Lost Boys’ Sax Man

People say one night can change the course of your life. What they don’t say is sometimes it can take several decades to realise it.

Back in the mid-‘80s, musclebound musician Tim Cappello was performing with the likes of Tina Turner and Ringo Starr. He’d spend months and months learning their songs, recording albums, touring, everything a working musician would do. Then, for just one night, he went to Santa Cruz, California, and shot a single scene in a Hollywood movie. Soon after the movie came out, he watched it once and basically forgot about it. “I did that when I was in my early 30s and it meant nothing to me,” Cappello told Gizmodo over the phone. “It meant nothing when it happened…then all of a sudden it just hit something.”

That movie was called The Lost Boys and Cappello plays “Beach Concert Star,” a bare-chested singer/saxophone player performing a fiery cover of the Call’s “I Still Believe” as soon-to-be-vampire Michael (Jason Patric) sees the mysterious Star (Jami Gertz) for the first time. For Lost Boys fans and non-fans alike, the scene has become an unforgettable snapshot of a time and place in pop culture history.

Reflecting on the film and its impact 33 years later, Cappello is stunned at how that one night completely overshadows everything else he’s ever done.

“I was with Tina for 15 years. She was such a huge part of my life,” Cappello said. “In other words, every day, every night, playing with her and looking at video from the night before. I did so many records with her and all this stuff? It means nothing. I’ll go to a convention or I’ll go do a gig and I’ll have a picture of me and her. Maybe I’ll sign one or two a day. It’s just all stills from The Lost Boys. That’s what people want and that’s what they see me as.”

“You always oiled up,” Cappello said “Every night with Tina, I would oil up. It’s just always what you did…It was kind of like you were wearing a shirt. You were wearing a flesh shirt that was shiny.”

Cappello isn’t angry about it though. In fact, he’s grateful. Now pushing 65 years old, he’s still not completely sure of how or why his performance in The Lost Boys, which amounts to barely a minute of actual screentime, exploded the way it did (our best guess: the internet)—but because of his newfound fame and recognition, his life has completely changed in recent years. 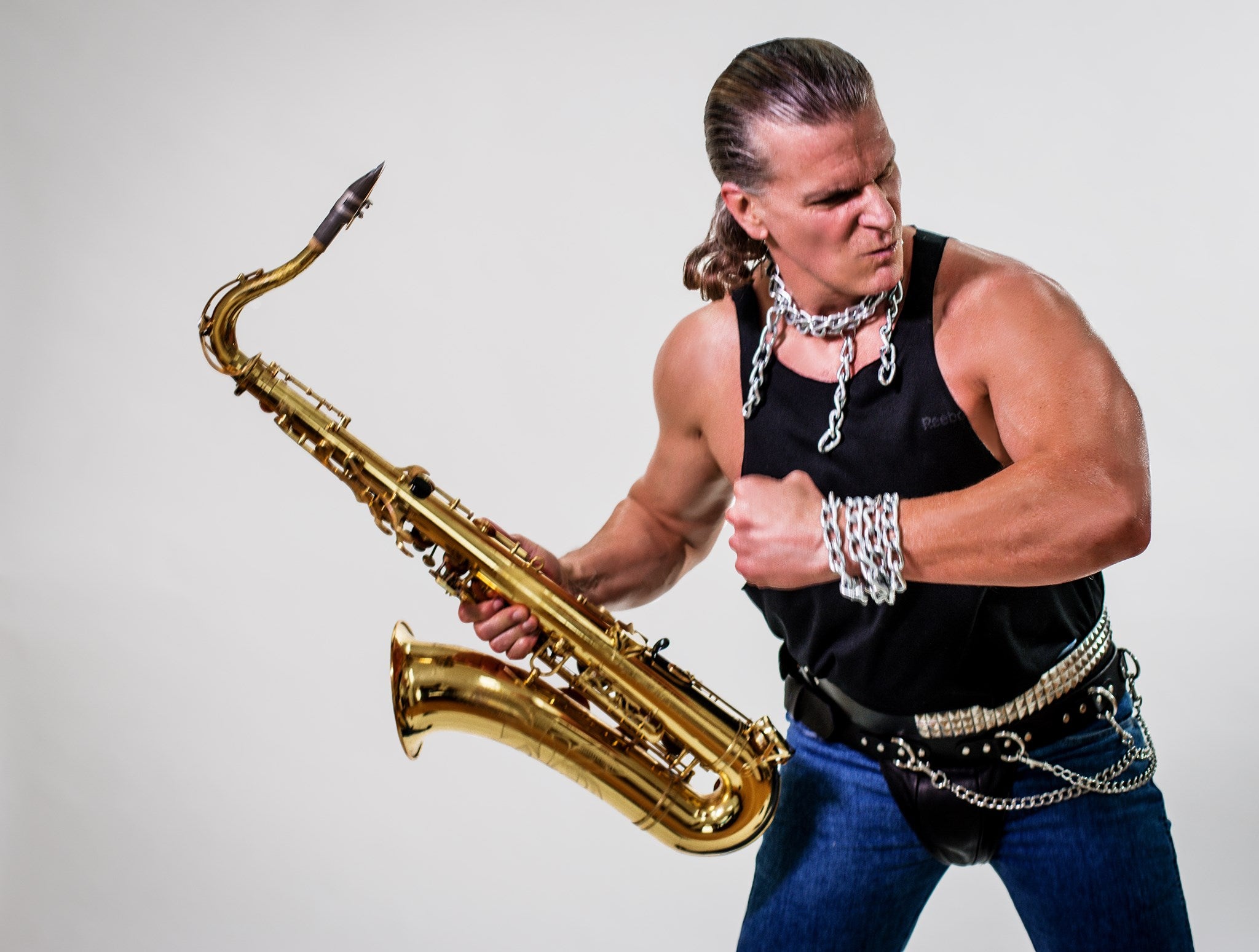 “[Being a musician], there’s all this drama and fun, like a family on the road, bickering and all, just this big deal. And it means zero in the overall scheme of things,” he said. “And then this other thing that took two hours of my life, 33 years later, lets me do exactly what I’ve always wanted to do. It’s crazy.”

In a way, this all happened because of Mad Max. Back in 1985, as a member of Turner’s band, Cappello made brief cameo appearances in the music videos for Turner’s “We Don’t Need Another Hero” and “One of the Living” from the Mad Max Beyond Thunderdome soundtrack. In an era defined by pumped-up action stars like Arnold Schwarzenegger and Sylvester Stallone, as well as MTV music videos, Cappello checked all the boxes. Immediately, Hollywood agents were clamoring to get his presence in TV and movies. That included Lost Boys director Joel Schumacher, who had a photo of Cappello in his pre-production office before he cast him.

We know this because Cappello had been called in by the same company making The Lost Boys, Warner Bros., to go to its studio lot and audition for another movie. He was there to read for the role in Lethal Weapon that ended up going to Gary Busey. But, if you can believe it, he actually was a little late to that audition.

“I was late for the audition because, it sounds like a joke or bullshit, but I was actually listening to ‘I Still Believe,’” Cappello said. “It had just come out and I was listening to it on my car radio and I didn’t want to leave until I found out who it was because I really liked the song…and I wanted to get the record.”

Once upstairs, a Warner Bros. executive took Cappello out of the Lethal Weapon office and brought him to The Lost Boys office. There, he met Schumacher, saw his own photo of the wall, and immediately felt fairly confident. “I just went in and it was as simple as him saying, ‘Do you want to perform a song in a movie?’ And I just said, ‘Sure.’ We shook on it. And that was that,” Cappello said. 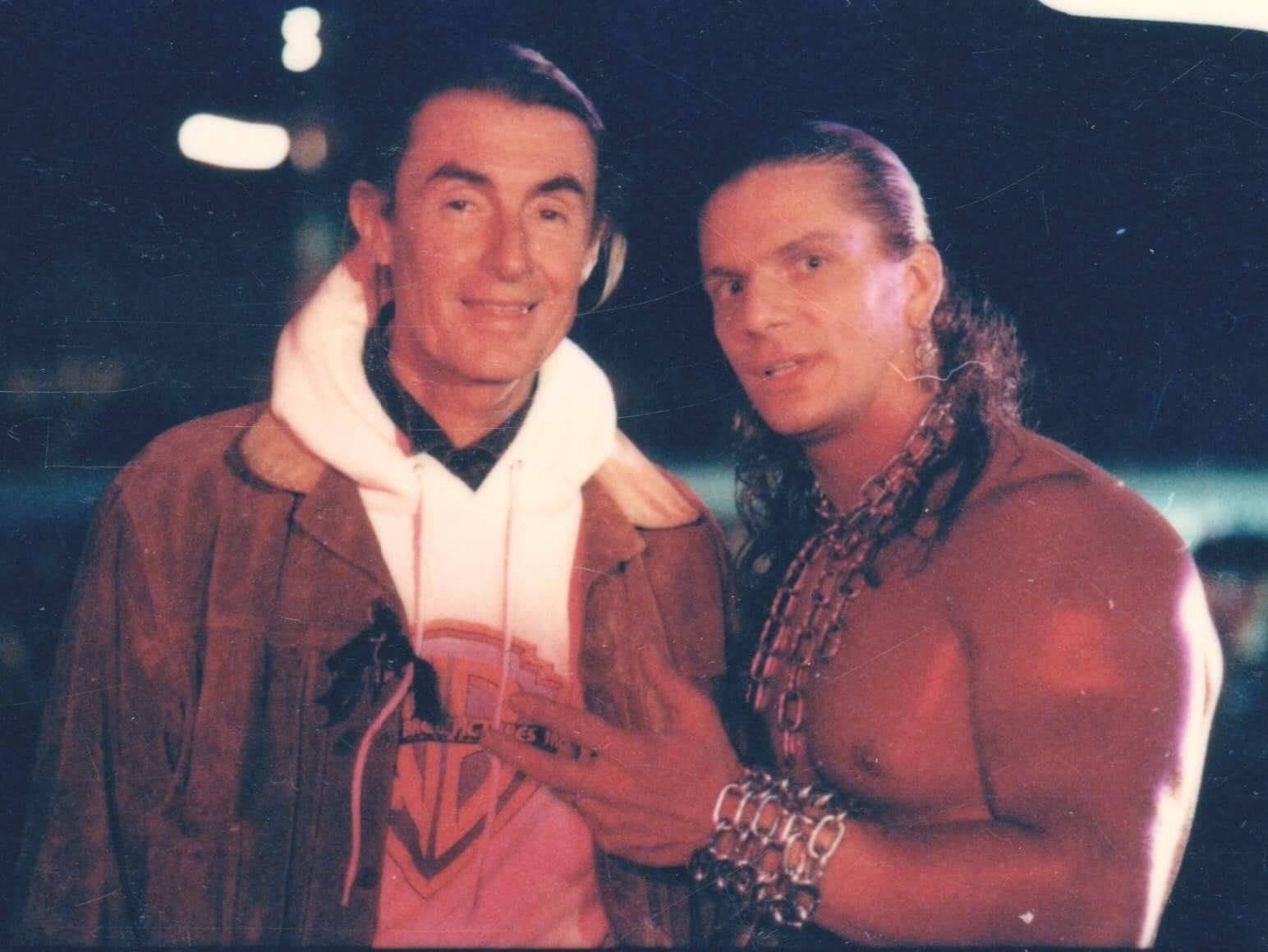 Cappello onset of The Lost Boys with Schumacher. (Photo: Facebook)

Though Cappello didn’t get Lethal Weapon role (obviously), a few weeks later he read the script to The Lost Boys and was given a very unique opportunity. The filmmakers wanted him to write a song for the movie. So Cappello teamed up with Rod Stewart’s songwriter, Jim Cregan, to write what he calls “a real sort of working man’s song” which was written based on things in the script. “It had motorcycles in it. It had vampires and blood. It just was somebody trying to do something to get a song in a movie,” he said. “And I’m so glad they didn’t accept it.” (Note: I, of course, immediately asked Cappello if I could hear this song; unfortunately, he no longer has it or remembers what it sounded like.)

So Schumacher suggested “I Still Believe” and Cappello went into the studio to record the cover. Unsure how long the process was going to take, the producer had Cappello do a “guide vocal” take just to have a rough idea of where things stood. “When I went in to record it, I knew it so well that I didn’t have to look at words or anything,” he said. The producer set up a cheap microphone in the control room, almost like a kid in his basement, and just had Cappello sing. No headphones, music bleeding in, just simple and rough.

“They were never expecting to get a take,” he said. “They were blaring the speakers, which I’m sure had a lot to do with the sound of the vocal because all of that leakage was coming through the vocal mic. They just said, ‘You know what? This works. Don’t bother coming back.’”

“[Recording] took as long as it took to go through the song once,” Cappello added. “And then it probably took another two hours to try to figure out where and what to do with the saxophone.” That was it. “I Still Believe” by Tim Cappello was done. 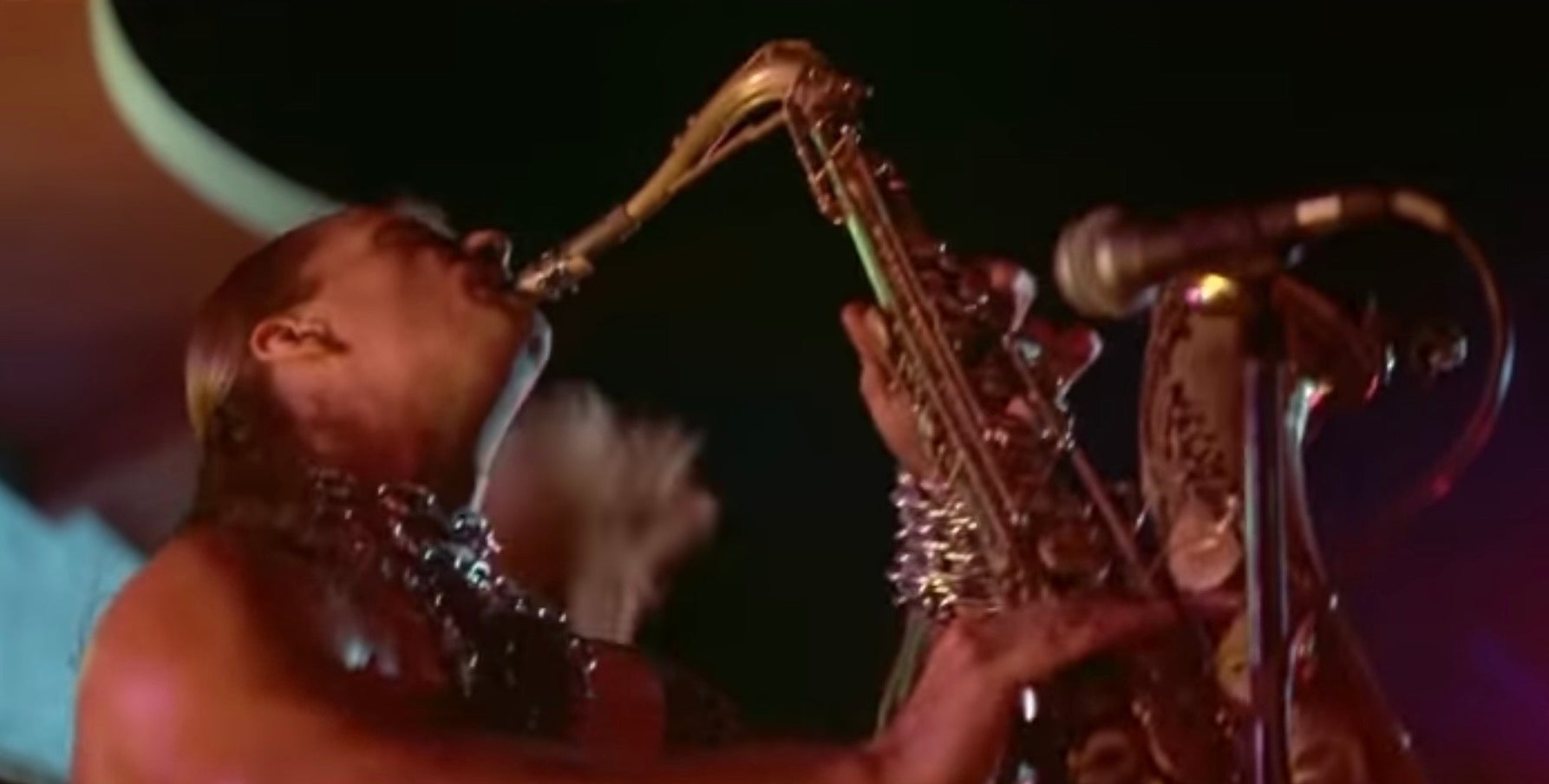 When it took time to finally film the scene in Santa Cruz, Cappello recalls it was equally uncomplicated.

“I remember it being the exact opposite of every other film shoot I’ve ever been on,” he said. “It took about two or three hours. It was one take of the band playing the song through and then it was one take of us behind the Michael and Star business. Every once in a while you see Michael, and you might see us behind him. So we had to be there for that in the background. That all took one take.”

In the end, the look of the character may have been the most complex and thoughtful thing about the character, and it was all Cappello. “There was nothing,” he says when I ask about directions from the filmmaker. “I made my own clothes and just showed up with them. So they gave me no wardrobe. There was just nothing.” All he knew was it was a big party scene and he wanted the character to pop. “I knew that I wanted it to be a little wrong,” Cappello said. “I’d like to make this, like, a little bit funny. Take this a little too far. So I did the tie-dye, which was pink and purple on the pants…[then] I went a little further with the Home Depot chains.”

He added, “There’s gotta be something wrong about anything that you do, otherwise it’s just plain old cliché.” The result was a look nearly as memorable as his performance. Oh, and don’t forget the oil.

“You always oiled up,” Cappello said “Every night with Tina, I would oil up. It’s just always what you did…It was kind of like you were wearing a shirt. You were wearing a flesh shirt that was shiny.” 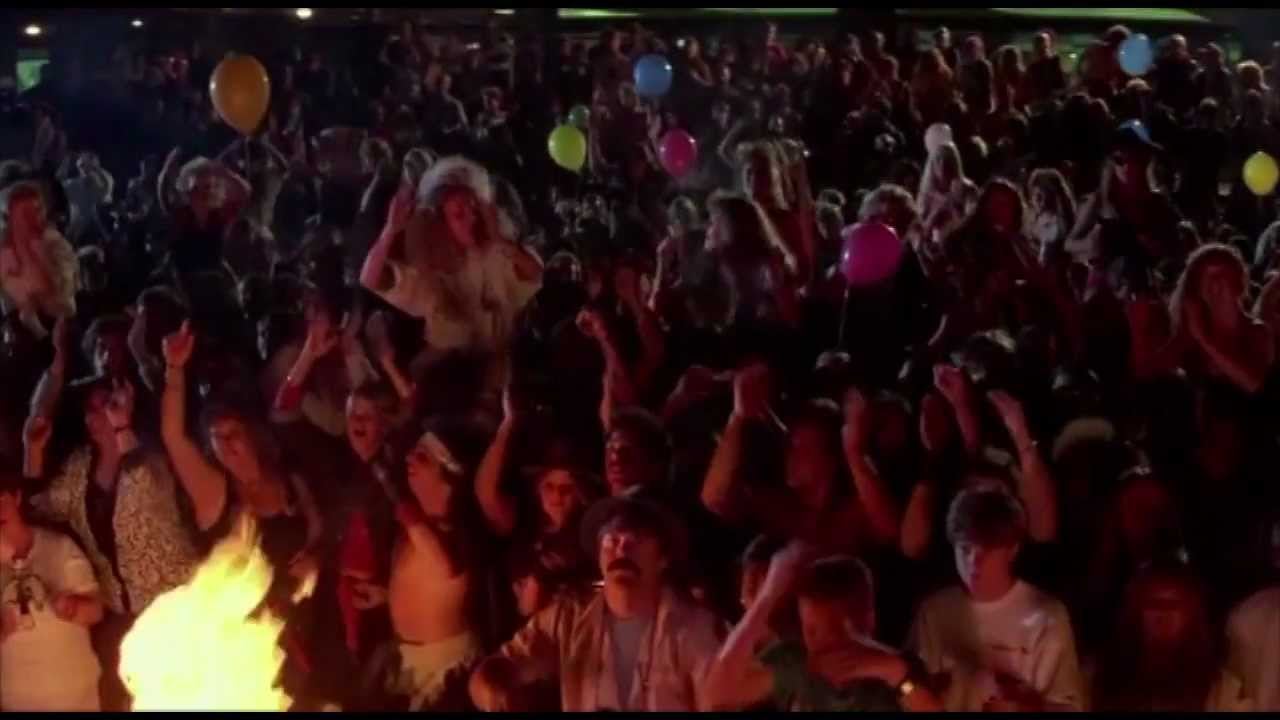 The Lost Boys crew filmed the beach scene over the course of several nights. Cappello, though, was only there for one. Filming started when it got dark, he filmed until about 11:30 p.m., and then joined other cast members for a party back in star Corey Haim’s room. It was an experience he loved at the time but looks back on now with a very different perspective.

“I would tell everybody, ‘I’ve never seen anything like this boy’s charm,’” Cappello said. “It’s superhuman. It really was a superhuman power. But, obviously, it became a double-edged sword.”

The Lost Boys opened on July 31, 1987 and around that time, Cappello was on vacation with his family. They all went to see the film together. “The only [feedback] I got about it was everybody would say, ‘Oh, you were in there for like 10 seconds’ or ‘I blinked and you were gone,’” Cappello said. “No one ever gave me any positive response to it. So I let it go and I went back on the road.”

Fast-forward almost 25 years. The first time Cappello can recall realising his character had a life beyond the film was a 2010 Saturday Night Live digital short where Jon Hamm haunted Andy Samberg as Sergio, a sax player who looked a lot like Cappello in The Lost Boys. “A lot of my friends were like, ‘I saw this thing about you on Saturday Night Live. Are you pissed? Like are you upset about it or do you think they were making fun of you?’ And I just loved it,” he said. 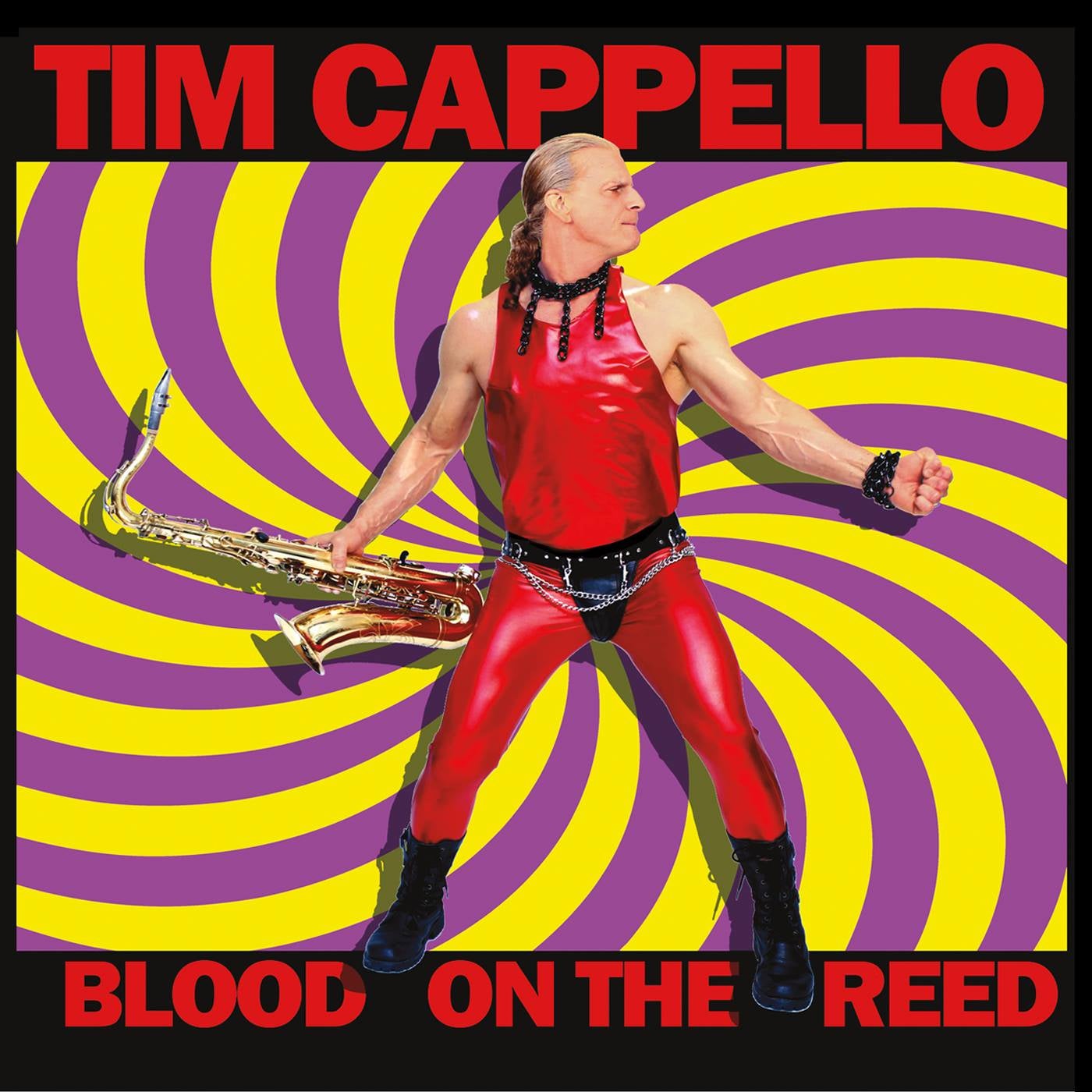 But that was the tip of the iceberg. Conventions started calling. Promoters started calling. And after a while, the newfound (but really not that “new”) claim to fame gave Cappello the chance to do something he’d never done before but always wanted to—he recorded his own album. Now he tours and it’s everything he’s always wanted. Though the novel coronavirus pandemic put a halt to Cappello’s tour, fans can look for updates on his Facebook page at this link.

“I’m so lucky,” he said. “I really do love performing for people that know me. Like, how lucky is that? Every single person that comes to my show knows exactly who I am…For the first time in my life, I’ll finish a song, and it’s not even ‘I Still Believe,’ just something for my album or something. And the roar that comes from them, it like literally knocks me back. It’s the most fun that I’ve ever had and [it’s all because of] this crazy little thing that I did. It just goes to show you, always say yes, and always bring everything that you can to the table.

In other words: Always believe.