The 12 Cognitive Biases That Prevent You From Being Rational 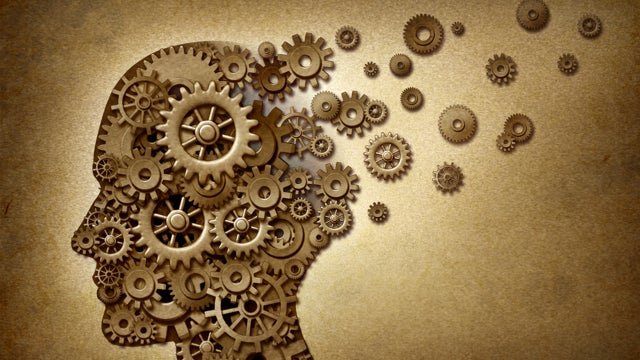 The human brain is capable of 1016 processes per second, which makes it far more powerful than any computer currently in existence. But that doesn’t mean our brains don’t have major limitations. The lowly calculator can do maths thousands of times better than we can, and our memories are often less than useless — plus, we’re subject to cognitive biases, those annoying glitches in our thinking that cause us to make questionable decisions and reach erroneous conclusions. Here are a dozen of the most common and pernicious cognitive biases that you need to know about.


Before we start, it’s important to distinguish between cognitive biases and logical fallacies. A logical fallacy is an error in logical argumentation (e.g. ad hominem attacks, slippery slopes, circular arguments, appeal to force, etc.). A cognitive bias, on the other hand, is a genuine deficiency or limitation in our thinking — a flaw in judgment that arises from errors of memory, social attribution, and miscalculations (such as statistical errors or a false sense of probability).

Some social psychologists believe our cognitive biases help us process information more efficiently, especially in dangerous situations. Still, they lead us to make grave mistakes. We may be prone to such errors in judgment, but at least we can be aware of them. Here are some important ones to keep in mind. 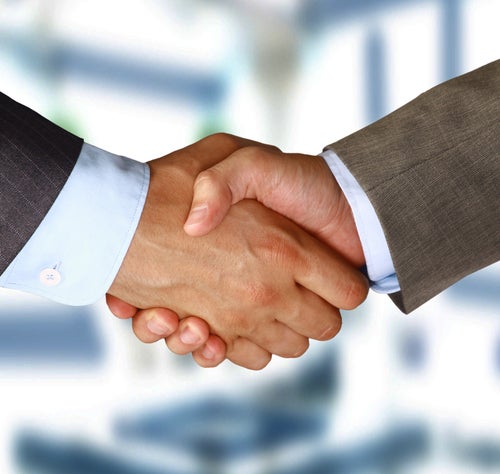 We love to agree with people who agree with us. It’s why we only visit websites that express our political opinions, and why we mostly hang around people who hold similar views and tastes. We tend to be put off by individuals, groups, and news sources that make us feel uncomfortable or insecure about our views — what the behavioural psychologist B. F. Skinner called cognitive dissonance. It’s this preferential mode of behaviour that leads to the confirmation bias — the often unconscious act of referencing only those perspectives that fuel our pre-existing views, while at the same time ignoring or dismissing opinions — no matter how valid — that threaten our world view. And paradoxically, the internet has only made this tendency even worse. 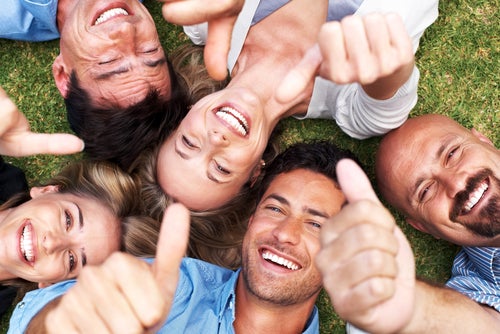 Somewhat similar to the confirmation bias is the ingroup bias, a manifestation of our innate tribalistic tendencies. And strangely, much of this effect may have to do with oxytocin — the so-called “love molecule.” This neurotransmitter, while helping us to forge tighter bonds with people in our ingroup, performs the exact opposite function for those on the outside — it makes us suspicious, fearful, and even disdainful of others. Ultimately, the ingroup bias causes us to overestimate the abilities and value of our immediate group at the expense of people we don’t really know. 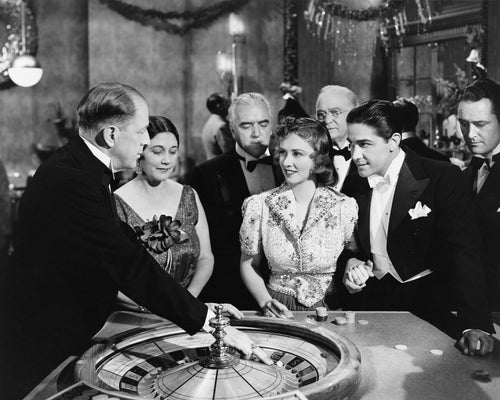 It’s called a fallacy, but it’s more a glitch in our thinking. We tend to put a tremendous amount of weight on previous events, believing that they will somehow influence future outcomes. The classic example is coin-tossing. After flipping heads, say, five consecutive times, our inclination is to predict an increase in likelihood that the next coin toss will be tails — that the odds must certainly be in the favour of heads. But in reality, the odds are still 50/50. As statisticians say, the outcomes in different tosses are statistically independent and the probability of any outcome is still 50%.

Relatedly, there’s also the positive expectation bias — which often fuels gambling addictions. It’s the sense that our luck has to eventually change and that good fortune is on the way. It also contribues to the “hot hand” misconception. Similarly, it’s the same feeling we get when we start a new relationship that leads us to believe it will be better than the last one.

Remember that time you bought something totally unnecessary, faulty, or overly expense, and then you rationalized the purchase to such an extent that you convinced yourself it was a great idea all along? Yeah, that’s post-purchase rationalization in action — a kind of built-in mechanism that makes us feel better after we make crappy decisions, especially at the cash register. Also known as Buyer’s Stockholm Syndrome, it’s a way of subconsciously justifying our purchases — especially expensive ones. Social psychologists say it stems from the principle of commitment, our psychological desire to stay consistent and avoid a state of cognitive dissonance. 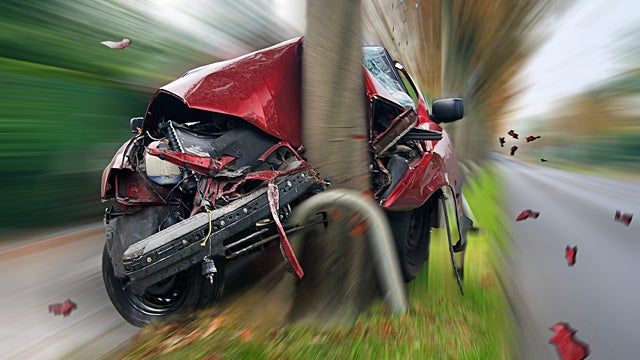 Very few of us have a problem getting into a car and going for a drive, but many of us experience great trepidation about stepping inside an aeroplane and flying at 10,668.00m. Flying, quite obviously, is a wholly unnatural and seemingly hazardous activity. Yet virtually all of us know and acknowledge the fact that the probability of dying in an auto accident is significantly greater than getting killed in a plane crash — but our brains won’t release us from this crystal clear logic (statistically, we have a 1 in 84 chance of dying in a vehicular accident, as compared to a 1 in 5,000 chance of dying in an plane crash [other sources indicate odds as high as 1 in 20,000]). It’s the same phenomenon that makes us worry about getting killed in an act of terrorism as opposed to something far more probable, like falling down the stairs or accidental poisoning.

This is what the social psychologist Cass Sunstein calls probability neglect — our inability to properly grasp a proper sense of peril and risk — which often leads us to overstate the risks of relatively harmless activities, while forcing us to overrate more dangerous ones. 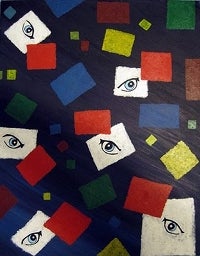 This is that effect of suddenly noticing things we didn’t notice that much before — but we wrongly assume that the frequency has increased. A perfect example is what happens after we buy a new car and we inexplicably start to see the same car virtually everywhere. A similar effect happens to pregnant women who suddenly notice a lot of other pregnant women around them. Or it could be a unique number or song. It’s not that these things are appearing more frequently, it’s that we’ve (for whatever reason) selected the item in our mind, and in turn, are noticing it more often. Trouble is, most people don’t recognise this as a selectional bias, and actually believe these items or events are happening with increased frequency — which can be a very disconcerting feeling. It’s also a cognitive bias that contributes to the feeling that the appearance of certain things or events couldn’t possibly be a coincidence (even though it is).

We humans tend to be apprehensive of change, which often leads us to make choices that guarantee that things remain the same, or change as little as possible. Needless to say, this has ramifications in everything from politics to economics. We like to stick to our routines, political parties, and our favourite meals at restaurants. Part of the perniciousness of this bias is the unwarranted assumption that another choice will be inferior or make things worse. The status-quo bias can be summed with the saying, “If it ain’t broke, don’t fix it” — an adage that fuels our conservative tendencies. And in fact, some commentators say this is why the U.S. hasn’t been able to enact universal health care, despite the fact that most individuals support the idea of reform. 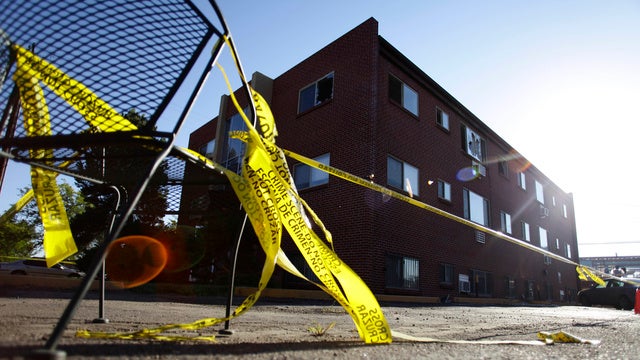 People tend to pay more attention to bad news — and it’s not just because we’re morbid. Social scientists theorise that it’s on account of our selective attention and that, given the choice, we perceive negative news as being more important or profound. We also tend to give more credibility to bad news, perhaps because we’re suspicious (or bored) of proclamations to the contrary. More evolutionarily, heeding bad news may be more adaptive than ignoring good news (e.g. “saber tooth tigers suck” vs. “this berry tastes good”). Today, we run the risk of dwelling on negativity at the expense of genuinely good news. Steven Pinker, in his book The Better Angels of Our Nature: Why Violence Has Declined, argues that crime, violence, war, and other injustices are steadily declining, yet most people would argue that things are getting worse — what is a perfect example of the negativity bias at work. 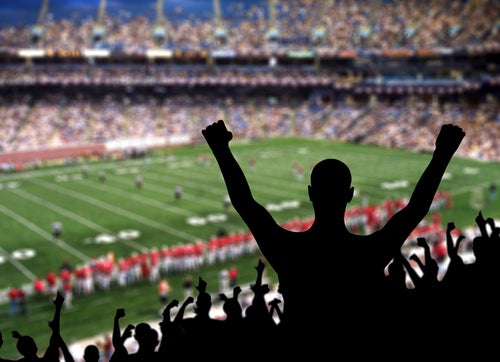 Though we’re often unconscious of it, we love to go with the flow of the crowd. When the masses start to pick a winner or a favourite, that’s when our individualized brains start to shut down and enter into a kind of “groupthink” or hivemind mentality. But it doesn’t have to be a large crowd or the whims of an entire nation; it can include small groups, like a family or even a small group of office co-workers. The bandwagon effect is what often causes behaviours, social norms, and memes to propagate among groups of individuals — regardless of the evidence or motives in support. This is why opinion polls are often maligned, as they can steer the perspectives of individuals accordingly. Much of this bias has to do with our built-in desire to fit in and conform, as famously demonstrated by the Asch Conformity Experiments.

As individuals trapped inside our own minds 24/7, it’s often difficult for us to project outside the bounds of our own consciousness and preferences. We tend to assume that most people think just like us — though there may be no justification for it. This cognitive shortcoming often leads to a related effect known as the false consensus bias where we tend to believe that people not only think like us, but that they also agree with us. It’s a bias where we overestimate how typical and normal we are, and assume that a consensus exists on matters when there may be none. Moreover, it can also create the effect where the members of a radical or fringe group assume that more people on the outside agree with them than is the case. Or the exaggerated confidence one has when predicting the winner of an election or sports match. 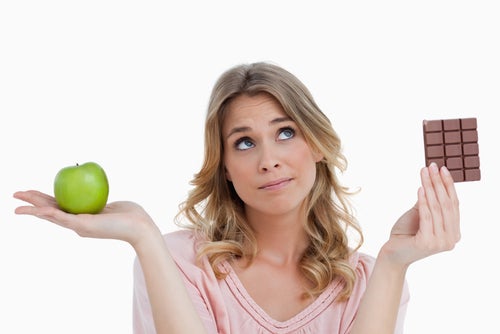 We humans have a really hard time imagining ourselves in the future and altering our behaviours and expectations accordingly. Most of us would rather experience pleasure in the current moment, while leaving the pain for later. This is a bias that is of particular concern to economists (i.e. our unwillingness to not overspend and save money) and health practitioners. Indeed, a 1998 study showed that, when making food choices for the coming week, 74% of participants chose fruit. But when the food choice was for the current day, 70% chose chocolate.

Also known as the relativity trap, this is the tendency we have to compare and contrast only a limited set of items. It’s called the anchoring effect because we tend to fixate on a value or number that in turn gets compared to everything else. The classic example is an item at the store that’s on sale; we tend to see (and value) the difference in price, but not the overall price itself. This is why some restaurant menus feature very expensive entrees, while also including more (apparently) reasonably priced ones. It’s also why, when given a choice, we tend to pick the middle option — not too expensive, and not too cheap.

This article was originally published in June 2016.