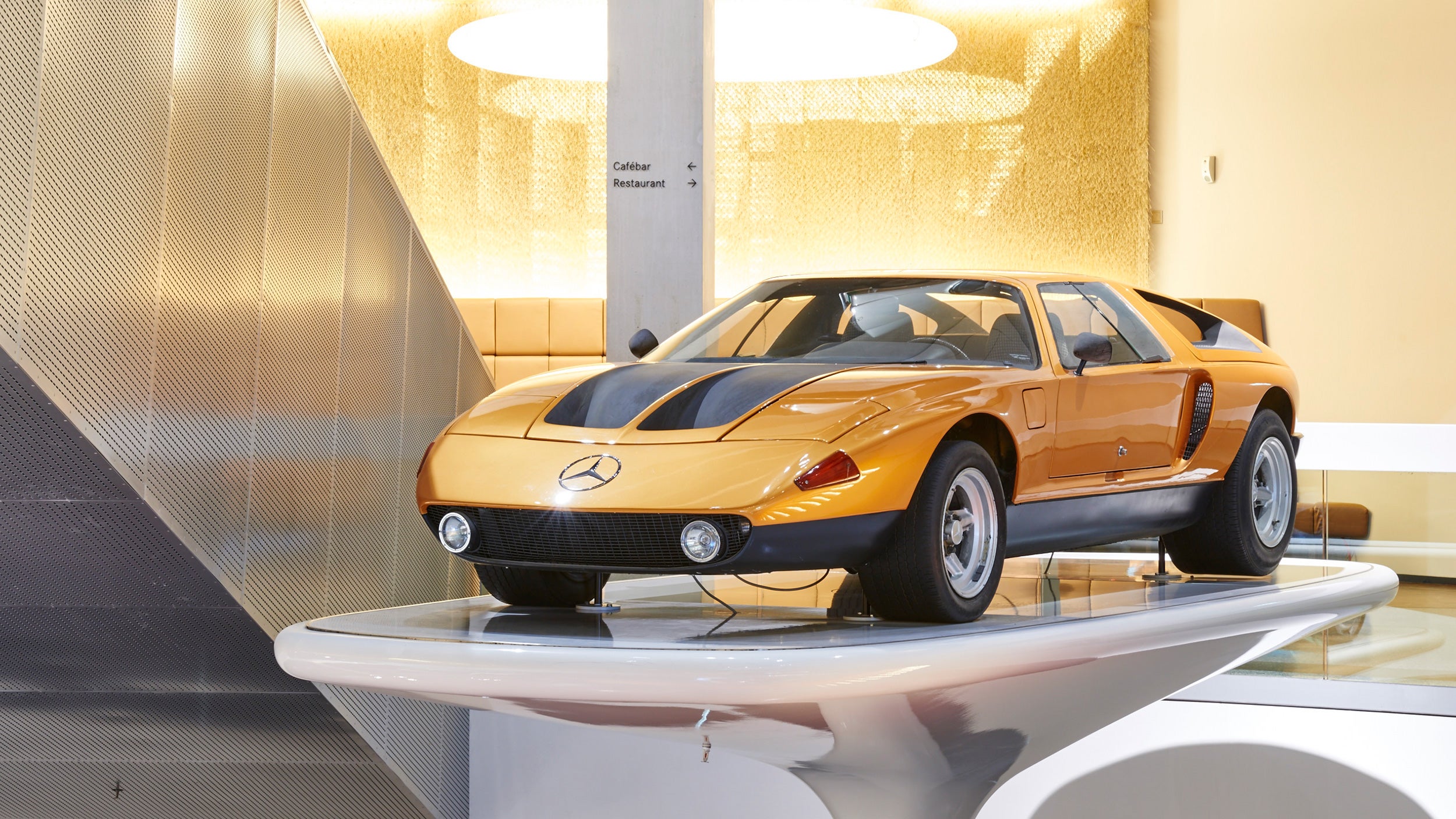 Quick! Name a gullwing supercar concept with a quad rotor engine. If you can’t name one, great: you’re probably a normal human being. If you can correctly name the 1970 Mercedes-Benz C111/II, you’re a proper automotive trivia nerd and should be congratulated as such.

Mercedes-Benz is celebrating 50 years since the C111/II was presented at the 1970 Geneva Motor Show. Not to be confused with the earlier C111, the one with the II after its name can be distinguished from the 1969 concept by the quad-rotor Wankel engine, a step ahead from the three-rotor C111. The more advanced engine produced a total of 350 horsepower compared to the 280-hp predecessor. 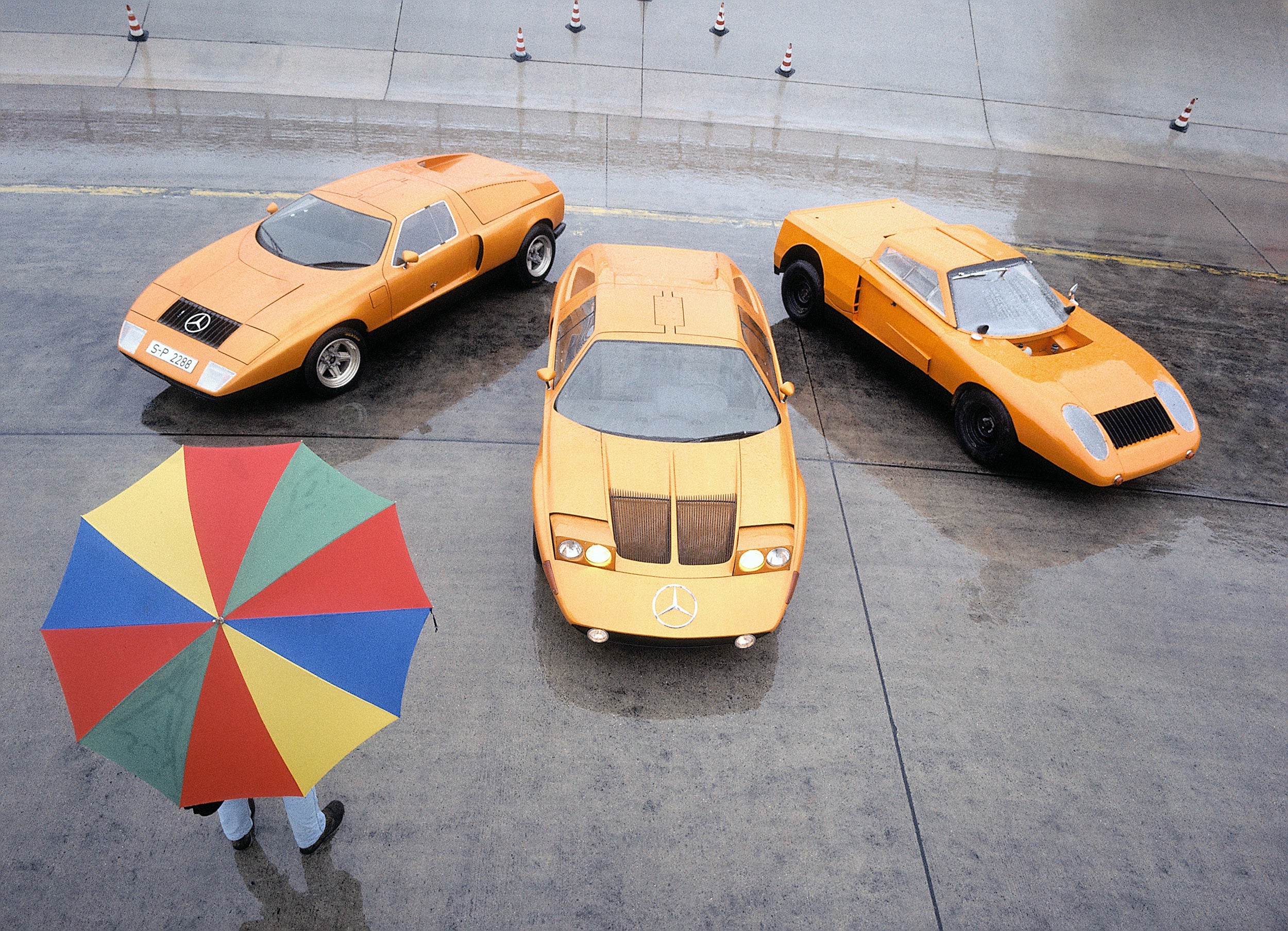 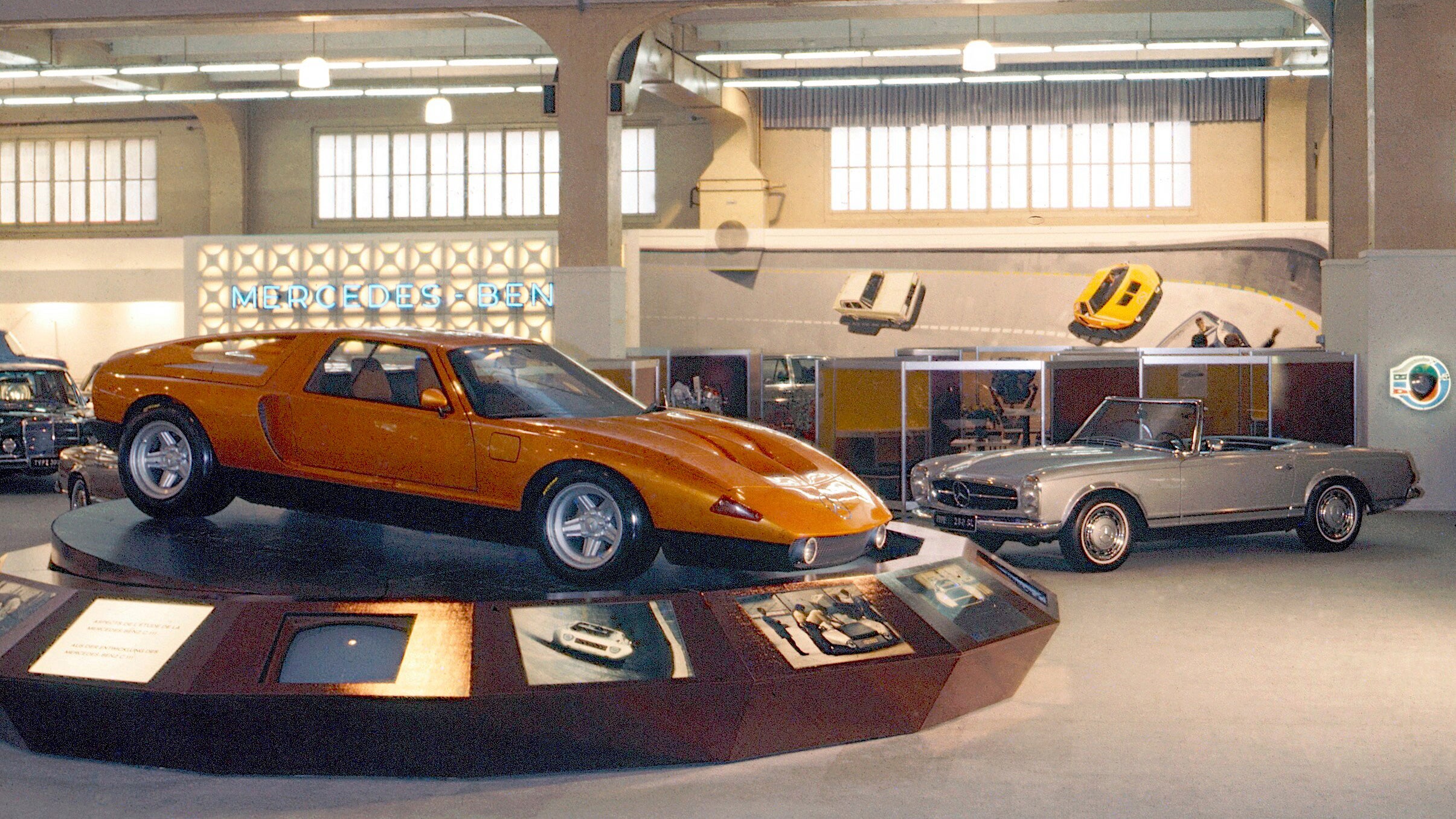 The Sacco-Gallitzendörfer design was further streamlined from the C111, yet offering an improved field of vision for the driver. Even if the car wasn’t just a design study, Mercedes also says it was the first vehicle to be designed completely with a computer.

After the rotary-engined concepts, Mercedes moved to diesel engines with the C111 series, eventually producing the world record breaking C111-III and the preceding C111-IID, both of which had straight-five diesel engines developed further from taxi car engine starting points. For some, the diesel prototypes might have been more memorable, but the rotary-engined experiments should not be forgotten. At the very least they also feature a fantastic supercar shape that lent the three-pointed star brand some futuristic credibility. 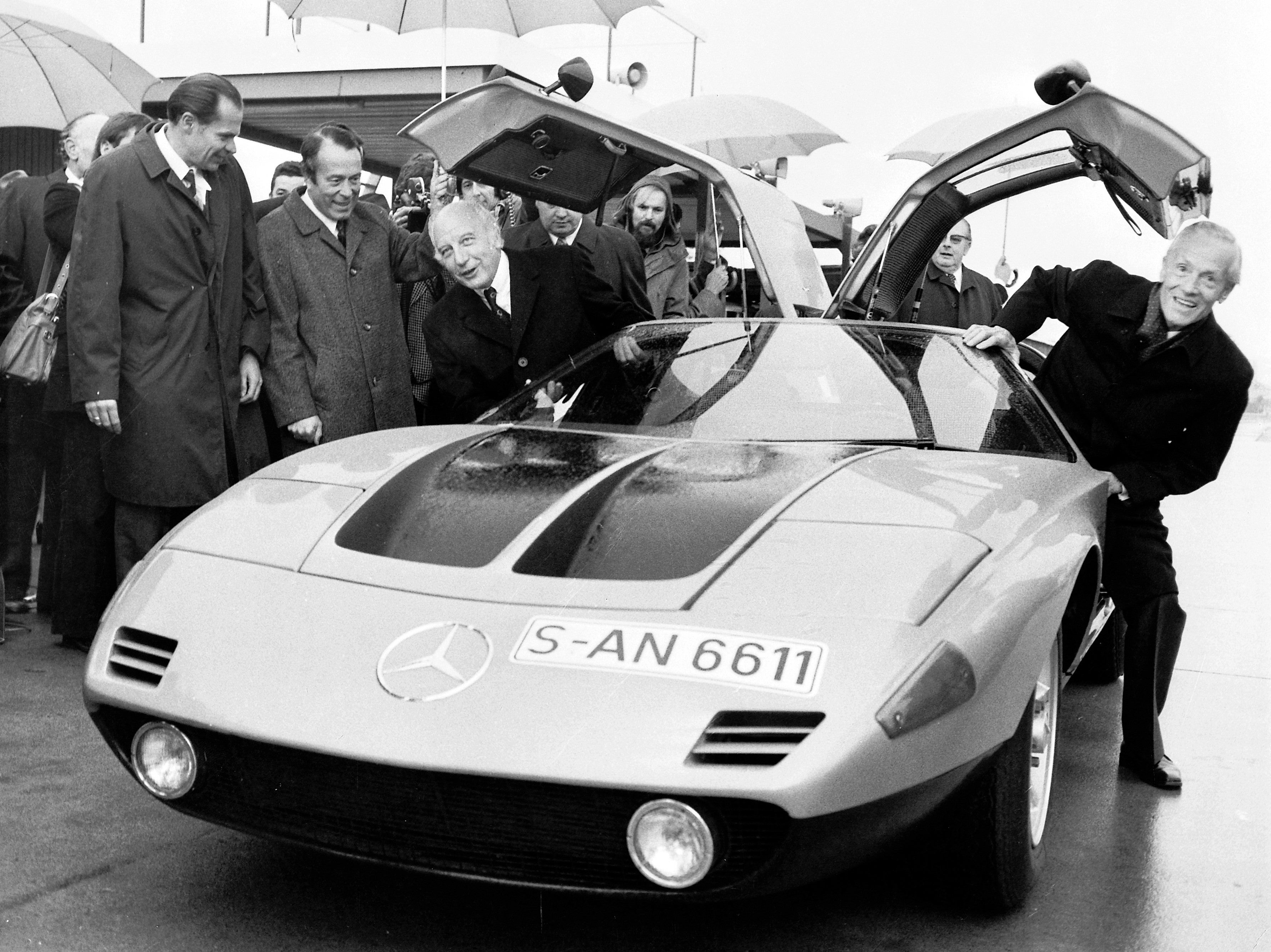 Federal German President Walter Scheel gets a ride in the V8 powered C111/II in 1974 (Image: Mercedes-Benz)

But as early as December 1970, Mercedes-Benz engineers removed the experimental Wankel engine from the C111/II and replaced it with a conventional production car 3.5-litre V8. This meant the concept has remained more driveable and useable than if it had retained the Wankel prototype unit, but it’s one less iconic feature in it.