Sony Has Plans For Another Spider-Man Spinoff Movie 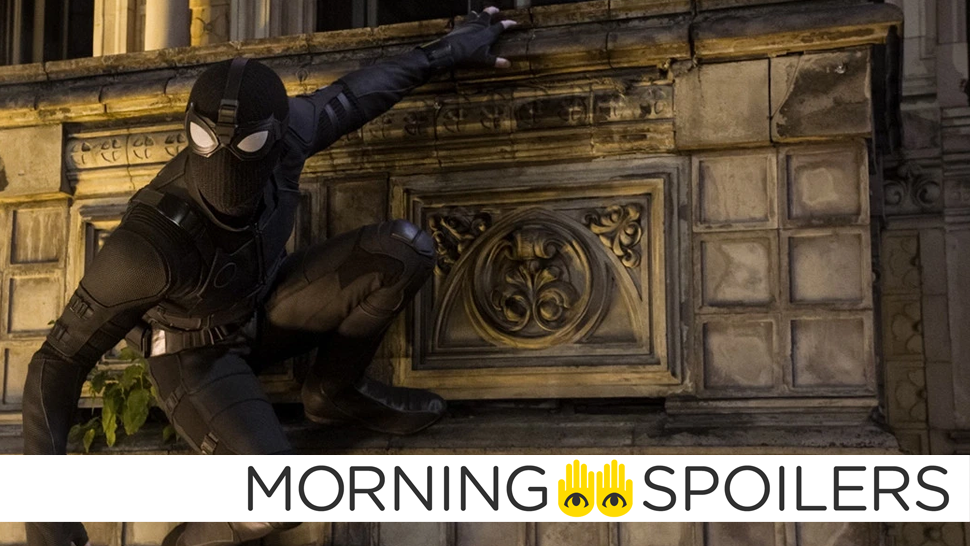 The Spider-Verse is growing ever larger. (Image: Sony Pictures/Marvel Studios)

Stephen Lang says Avatar is playing a long game with his villain. Todd McFarlane still wants Jamie Foxx to be his Spawn. Syfy is thinking about resurrecting Sanctuary. Plus, get a first look at the Altered Carbon anime series, and a mysterious tease for the theme of the tenth season of American Horror Story. Spoilers now!

The Wrap has word Roberto Orci is attached to write another Spider-Man spinoff film at Sony.

Deadline reports WWE star CJ â€œLanaâ€ Perry will star alongside Bruce Willis in Cosmic Sin, an upcoming sci-fi film from Edward Drake in which â€œa group of warriors and scientists must fight to protect and save their race when a hostile alien species with the power to infect and take over human hosts sets its sights on a futuristic human society.â€ Perry will play Solo, â€œthe best sniper in the galaxy and lead assassin fighting for the human race against an alien invasion.â€

Stephen Lang promises he and James Cameron will â€œexamine the characterâ€ of Colonel Miles Quaritch â€œin detailâ€ over the next four Avatar movies.

I’m working now with a much broader canvas than I was with the first Avatar, and it keeps me in concert with James Cameron to really go to town and examine the character in detail. That, to me, is totally tremendously satisfying and challenging.

Todd McFarlane has confirmed to Comic Book Jamie Foxx is still attached to star in his upcoming Spawn remake despite recently lamenting the project lost â€œan Academy Award-winning guyâ€ in a recent interview with Shoryuken.

Black Widow makes the cover of this week’s issue of Entertainment Weekly.

Netflix has released a trailer for an Altered Carbon CG anime spinoff movie. Why not?

A since-deleted report from Deadline had reported Syfy is mulling a revival of the 2007-2011 series Sanctuary with Amanda Tapping poised to return as Dr. Helen Magnus.

Devyn A. Tyler (Watchmen) and Lucca De Oliveira (The Punisher) have joined the cast of CBS’ upcoming Silence of the Lambs pilot, now titled Clarice. Tyler will portray Ardelia Mapp, â€œClarice’s closest friend and her roommate at the FBI Academyâ€ while De Oliveira has been cast as Tomas Esquivel, a character who â€œattended Dartmouth on an ROTC scholarship and became a counter-sniper during Operation Desert Storm.â€ Star Trek: Picard‘s Maja Vrvilo is currently attached to direct. [Deadline]

Production on The Falcon and the Winter Soldier in the Czech Republic has temporarily ceased amidst coronavirus concerns. [TV Guide]

The Devs team is still going strong in the synopsis for episode seven.

The Devs team perfect the system, and Forest and Katie wait for completion of the Devs project. Lily and Jamie try to avoid its threat, but a visit from Kenton leaves Lily with no choice.

A new poster for the tenth season of American Horror Story perhaps hints at a maritime setting.

Things are beginning to wash up on shore…

The cast and crew of Westworld hype season three in a new featurette.

Mace Windu attempts to reason with an army of Battle Droids in a clip from â€œUnfinished Business,â€ this week’s episode of The Clone Wars.

Stargirl battles Sportsmaster in a bizarrely strung together teaser.

A powerless Barry turns to â€œspeed steroidsâ€ in order to stop Thawne in the trailer for next week’s episode, â€œThe Exorcism of Nash Wells.â€

Finally, the Legends prevent William Shakespeare from writing superhero fiction in the trailer for â€œRomeo V. Juliet: Dawn of Justness.â€