Apple's announced its working on stamping out coronavirus-related apps worldwide in order to stop the spread of false information. It plans to do this by only accepting new apps from reputable and credible sources.

We turn to apps to help inform us in times of crisis and that was more than evident during Australia's devastating bushfire season. While Fires Near Me, as well as air quality-tracking apps, provided people in affected areas with up-to-date information to help us make important decisions.

Apps during the coronavirus outbreak, however, have not been so reliable. A number of apps have appeared with questionable information sources and it's why Apple announced it plans to restrict apps, only allowing developers working with reputable and credible organisations to create apps.

"We're evaluating apps critically to ensure data sources are reputable and that developers presenting these apps are from recognised entities such as government organisations, health-focused NGOs, companies deeply credentialed in health issues, and medical or educational institutions," the statement reads.

"Only developers from one of these recognised entities should submit an app related to COVID-19. Entertainment or game apps with COVID-19 as their theme will not be allowed."

Apple Australia declined to comment on whether any apps had been removed in Australia but a quick search of related terms reveal a number of apps from overseas developers. Most of them have few reviews and are developed by private companies — not official health organisations.

On the other hand, no coronavirus-related searches appear in the Google Play Store. It also declined to comment on the story but the app store's policy denies apps that capitalise on tragic events.

"We don't allow apps that lack reasonable sensitivity towards or capitalise on a natural disaster, atrocity, conflict, death, or other tragic event," the policy outlines.

It outlines examples of this as:

If you need to keep up to date with the latest news, it's best to follow official government organisations and reputable news outlets. For mostly up-to-date case confirmations, this real-time map provided by John Hopkins University uses a number of official sources and is a handy resource to check in with. 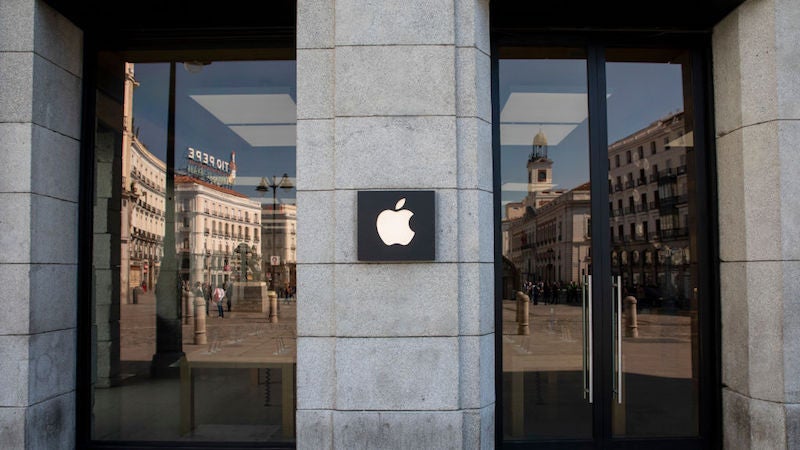 Apple Closes All Stores Outside China To Prevent Spread Of Coronavirus

Apple announced on Friday that it was closing all of its stores worldwide, except for those in China, for two weeks until March 27 to prevent the spread of the new coronavirus, which has steadily ravaged communities worldwide and forced millions into lockdown.