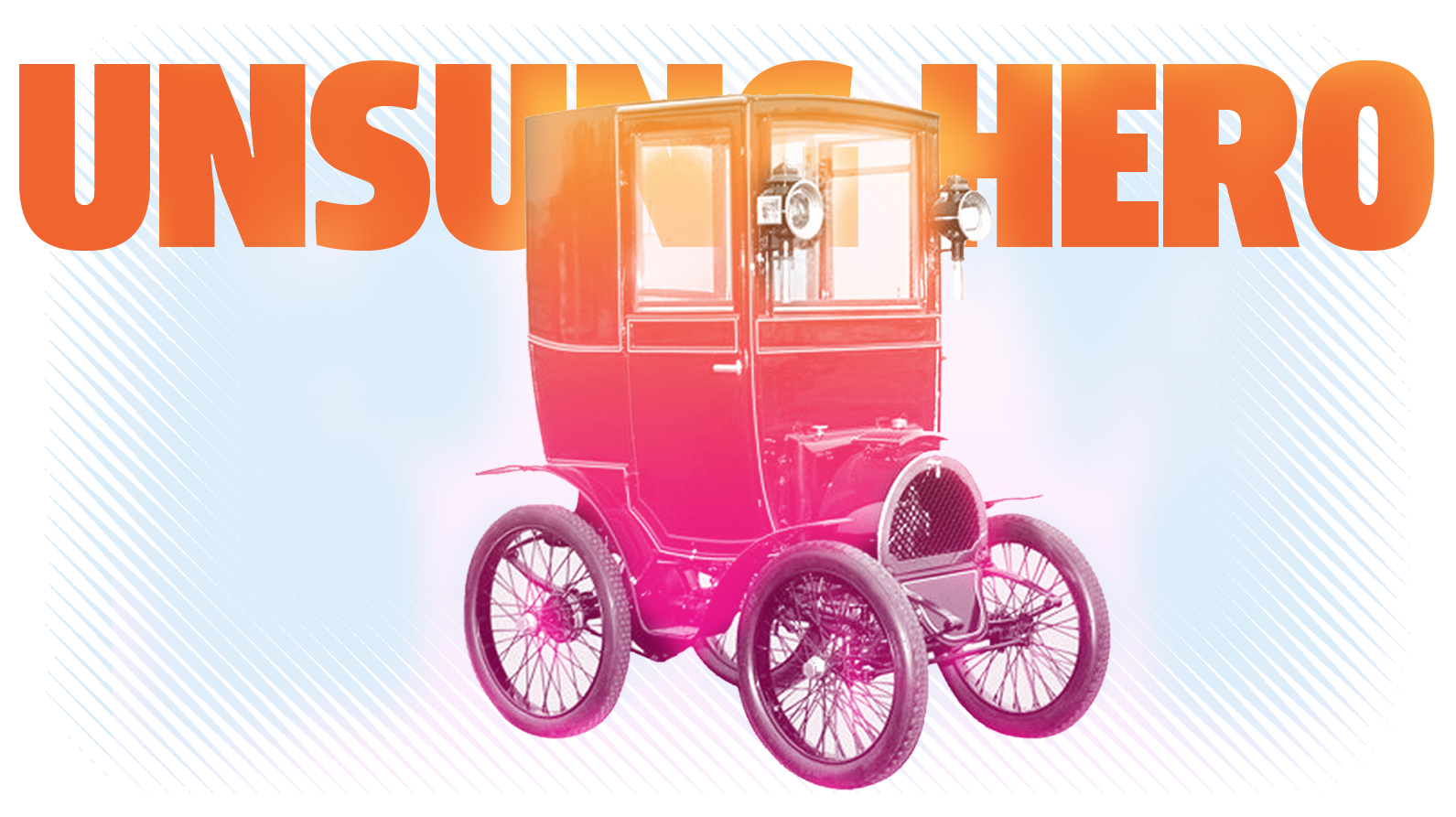 See that strange-looking car up there? It sort of looks like a phone booth landed on a pair of bicycles parked on either side of a patio fireplace? That strange little car happens to be one of the most influential cars of all time, and I don’t think it gets nearly the respect it deserves. Want to know why? Well, I’m going to make you click to find out, because what do you think we’re running here, a charity?

Thanks for doing that. I’m sorry it sometimes has to come to that, but business is business. Anyway, that strange little car is an 1899 Renault Voiturette Type B, the very first completely enclosed car. 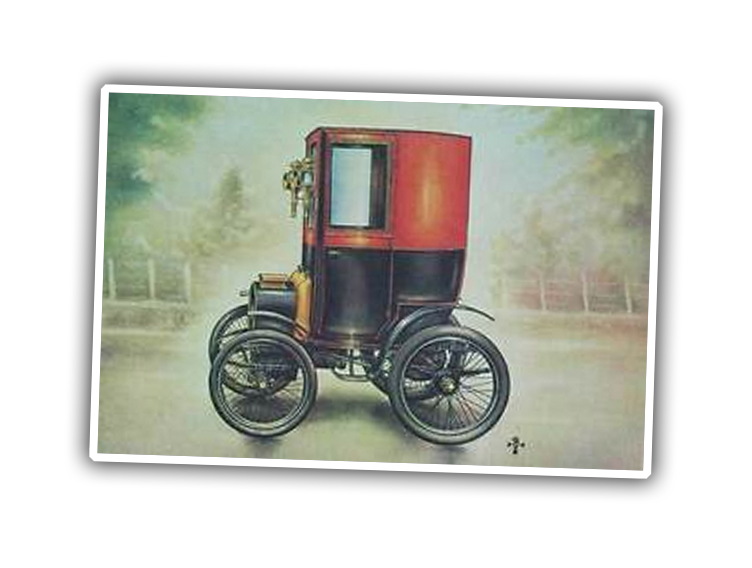 Why is this car not as well known as other motoring pioneers, like the Panhard et Lavassor and its pioneering front-engine/rear drive layout, or the Mini with its transverse front-drive engine, or the Lancia Lambda with its unibody? I mean, pretty much every car built for the past half-century or more has been a fully enclosed car, even the convertibles, when we put their tops up. OK, Jeeps and other off-roaders are exceptions, but still! Cars that protect us from the elements with a roof and doors and glass windows are absolutely the modern standard, and have been since the 1930s.

In a way, it’s pretty baffling how long it took carmakers to come to this very reasonable conclusion. Very, very early on we almost had it—Richard Trevithick’s 1803 London Steam Carriage had a fully enclosed passenger compartment, but managed to leave the driver (and the furnace stoker) out in the cold and wet. 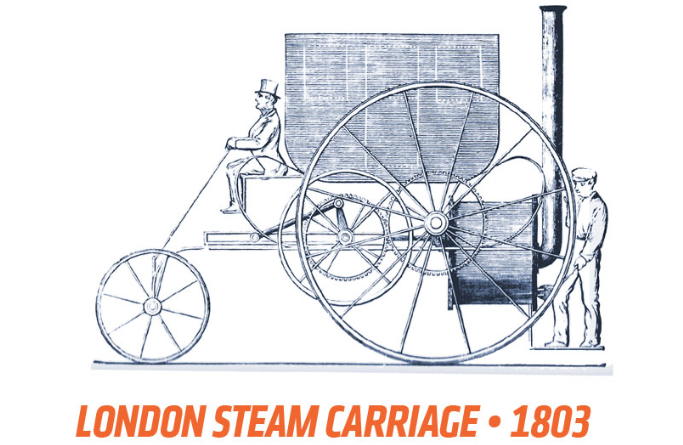 Even such visionaries as Amédée Bollée, who was building multiple steam cars back in the 1870s, managed to build cars with roofs and curtains, but still, for some reason, still essentially open wagons. 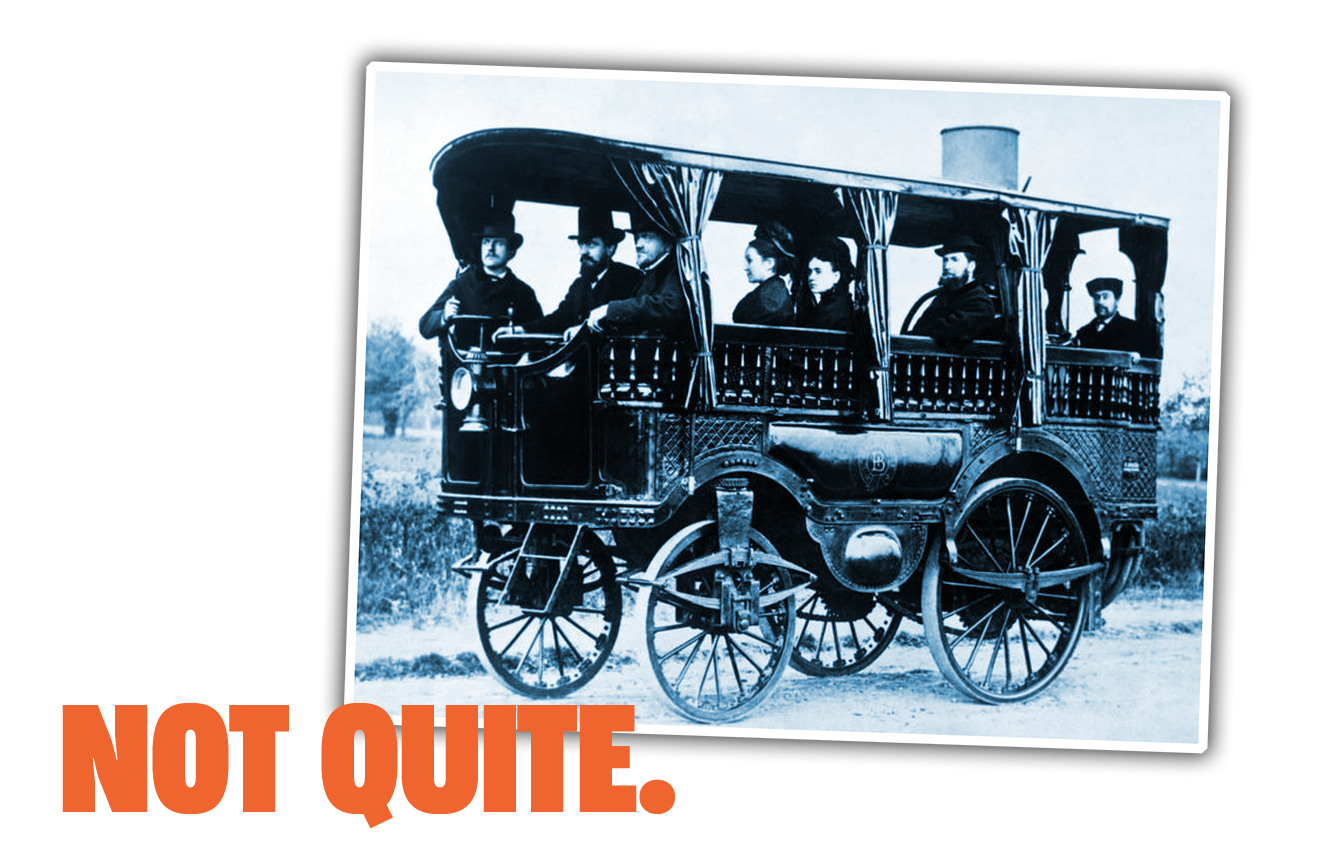 It’s also not like there wasn’t a demand or need for automobiles that protected people from the elements; for whatever reason, there was a strange understanding that shifted the burden of weather protection from automobile bodies to people’s clothing, which led to motoring wear that looked like the sort of thing you’d see some alien wearing in the Mos Eisley cantina: 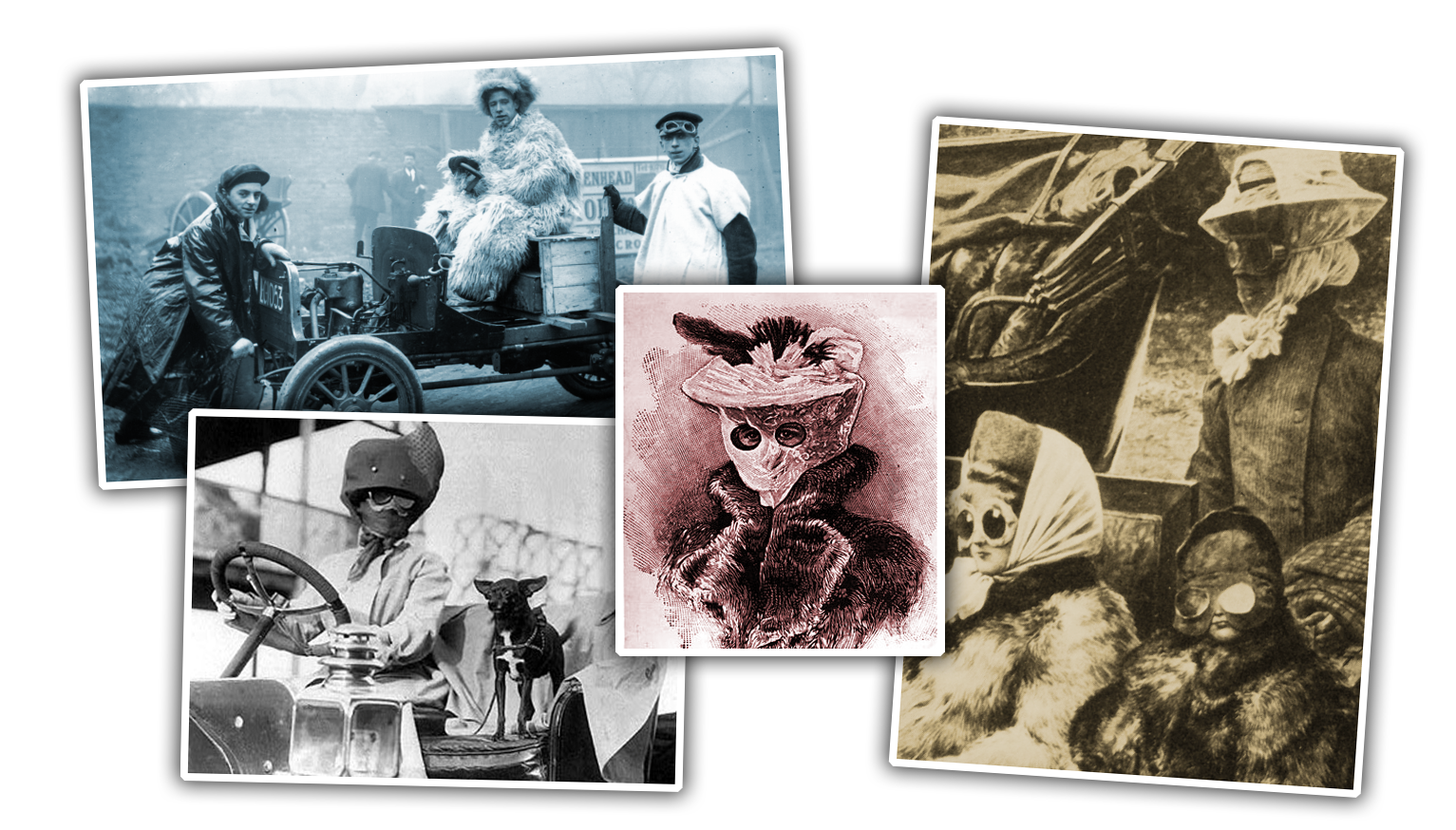 It was so well known, in fact, that it eventually became a joke, with people dressing up in the early 20th century equivalent of hazmat suits just to take a drive: 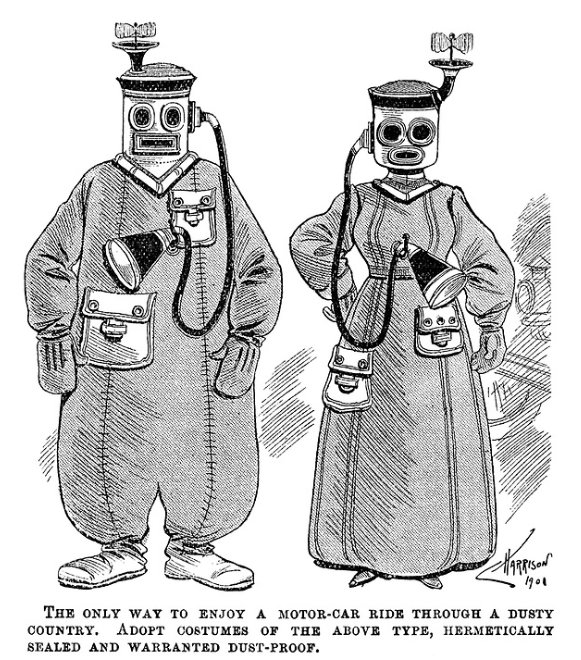 I’m telling you all this because I want you to appreciate just what a big deal having an enclosed car was, and how baffling it is that it didn’t become more widespread sooner.

The Renault Voiturette Type B was, as its name cleverly suggests, the second version of Renault’s first car, the Voiturette. 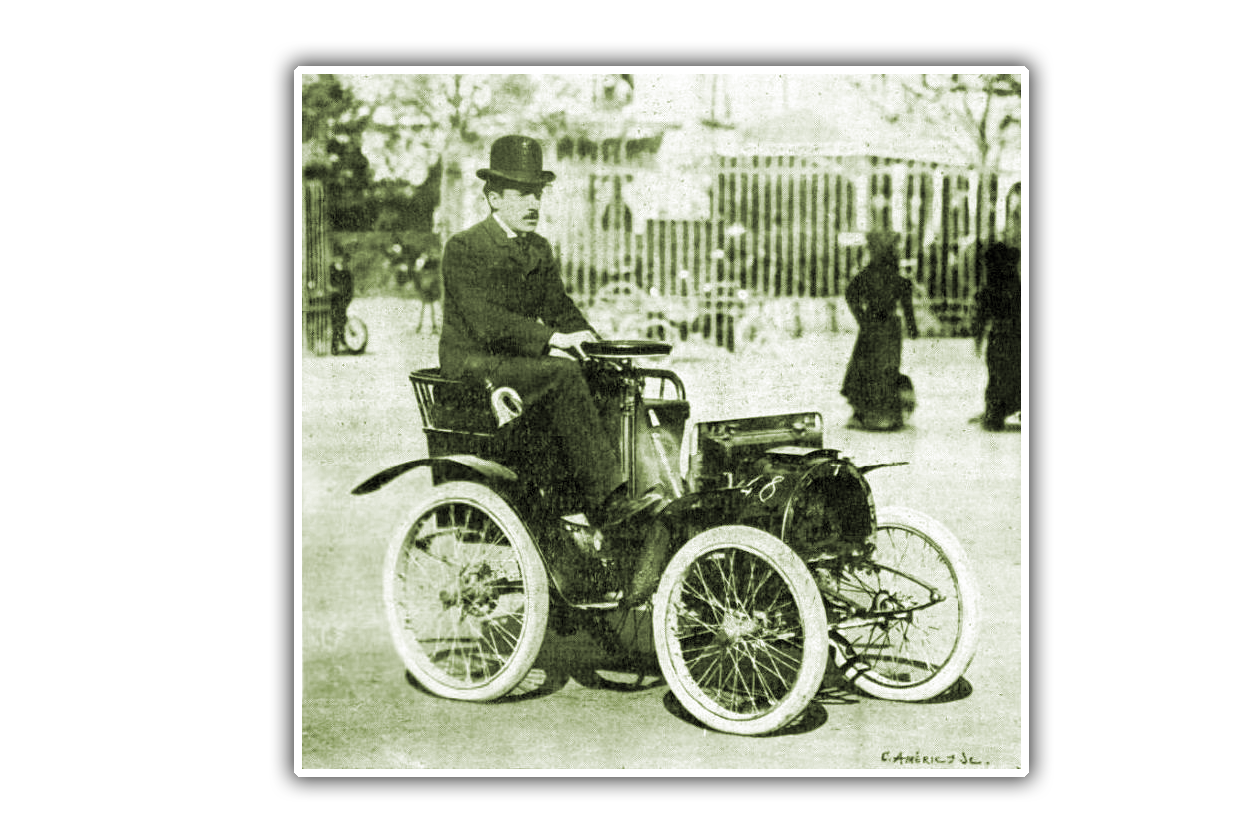 That’s Louis Renault himself on there

The first Voiturette was tiny and very, very open; you were essentially sitting on top of the car, and as such had really no protection from the elements at all. It was a sort-of front-mid engine/rear drive design, with a single-cylinder De Dion engine making a ravenous 1.75 horsepower.

The same tiny chassis was used for the Type B, but Renault convinced a designer named Labourdette to design the enclosed body. While the proportions may look comical to us today, it’s really a pretty elegant design, something that almost feels furniture-inspired, though the Hackney Cab is usually said to be the real source of the idea. 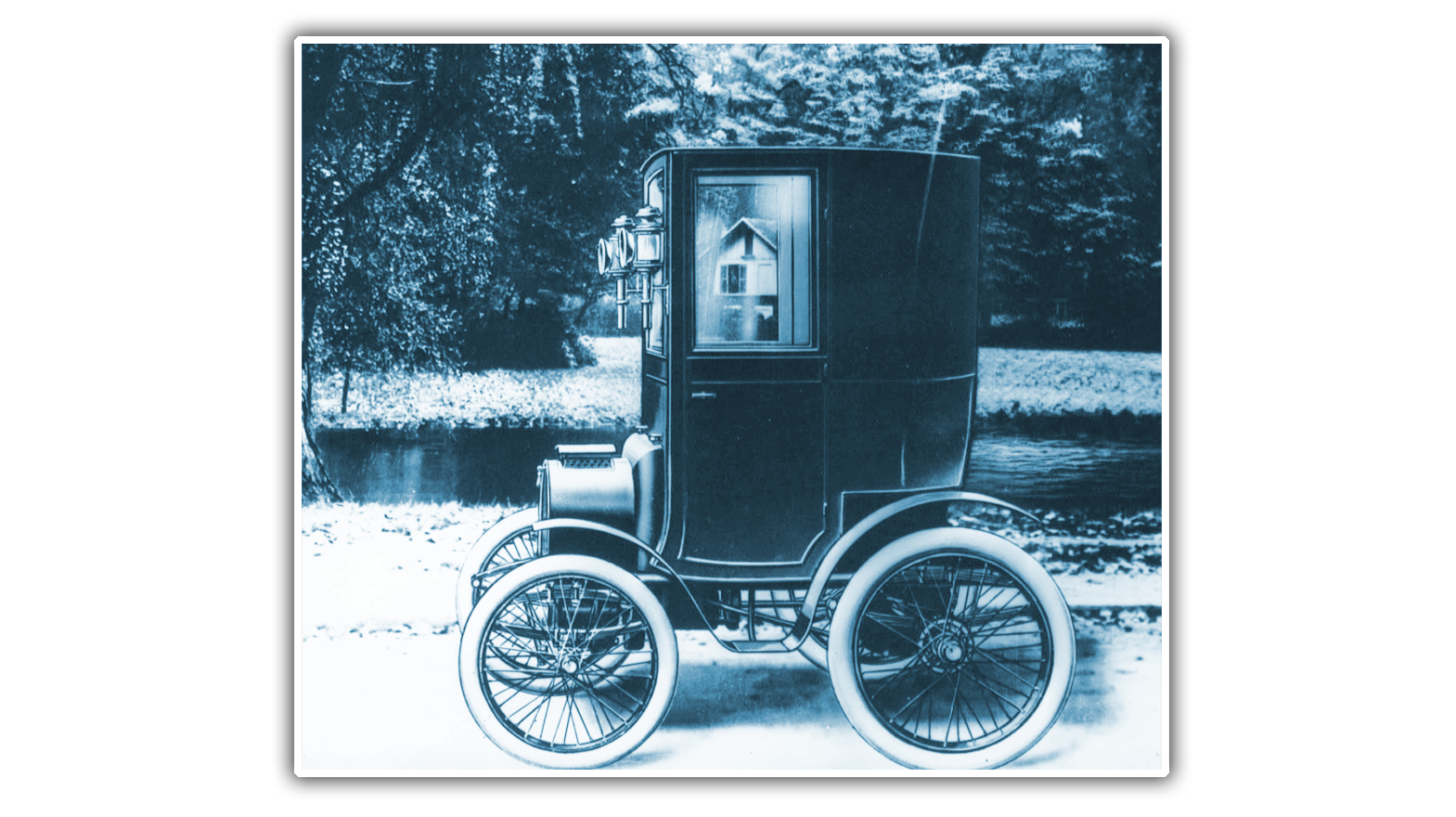 With its stubby hood housing the engine, a big middle box for the passengers, and at least the possibility of strapping a trunk to the rear, the Type B was the first real three-box design—the first true sedan.

The Type B also got a bigger engine (450cc!) and a power bump to handle the extra weight of the body, to a brutal 2.75 HP, giving the defiantly non-aerodynamic car a top speed of around 22 mph (35 km/h). In something that seems that top-heavy, that may be fast enough. 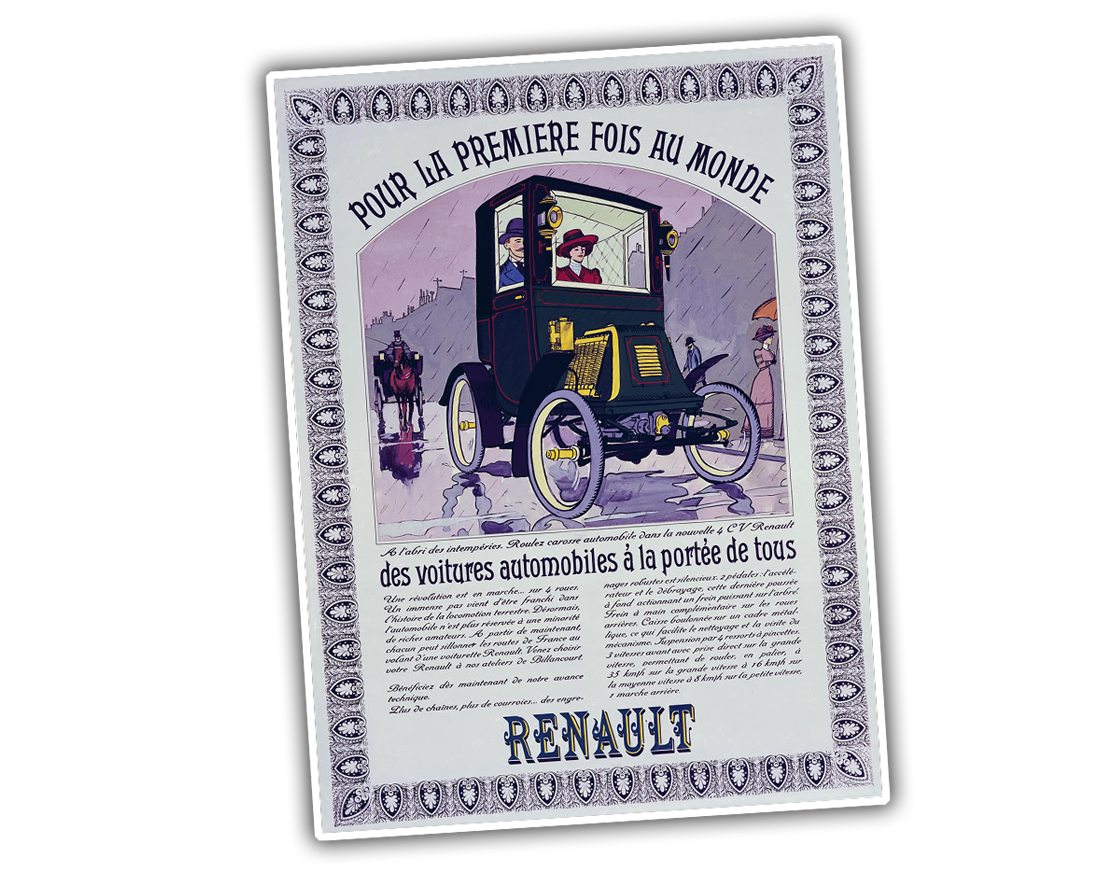 Ads of the era played up the not-being-miserable-in-the-cold-and-rain angle, which I imagine had to be fairly effective. What’s so surprising is how long it actually took from the introduction of the Type B to enclosed, weather-protected cars becoming the norm. I’d speculate that it wasn’t until the mid 1930s—three decades later—that enclosed cars began to be considered standard.

So, when it’s cold and wet and miserable outside, and you’re nice and cosy in your car, enjoying those heated seats, and, even more importantly roof, and doors with glass in them, give a quick silent thanks to the little French phone box on wheels that started it all.