U.S. Court Says It’s OK To Have A Licence Plate That Proclaims IM GOD In Kentucky 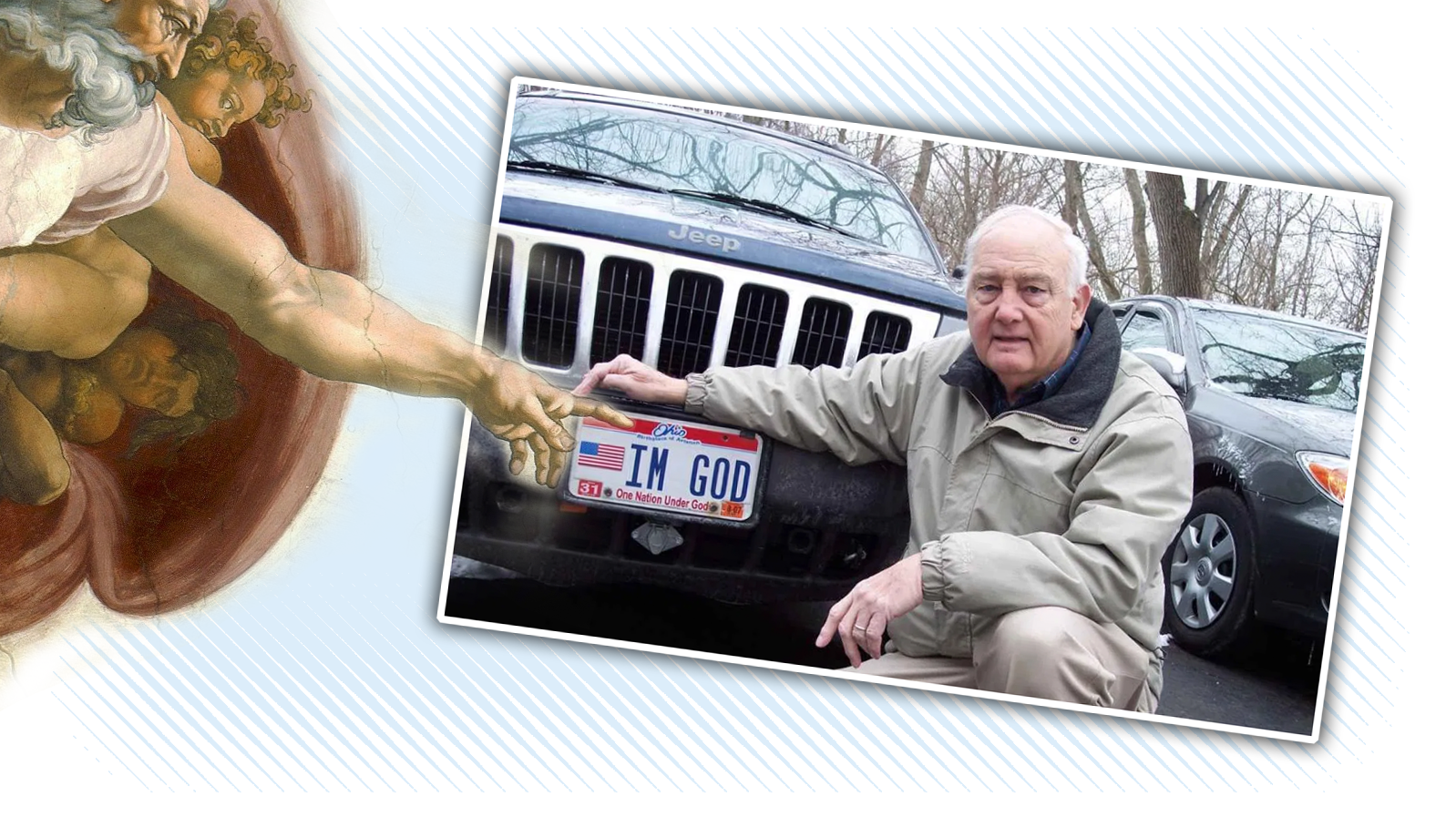 Back in 2016, Hart filed a lawsuit against the Kentucky Department of Motor Vehicles after they denied his application for the IM GOD plate (the alleged Almighty had a similar plate when he lived in Ohio), stating the message was not allowed because it was considered “obscene or vulgar,” and later amended the reason to say that it was “not in good taste.”

The U.S. District court for the Eastern Court of Kentucky felt that “The Commonwealth of Kentucky went too far.” It should be noted that, legally, referring to state as the “commonwealth of” is the state equivalent of your mum yelling your full first, middle, and last name, which means you’re in big trouble.

The court’s decision was full of interesting justifications, such as this very edifying paragraph:

The same year Mr. Hart was denied a plate reading “IM GOD”, the Transportation Cabinet approved the contradictory plates “NOGAS”, “EATGAS”, “VEGAN”, and “BBQ4U” among many others. [R. 49-25.] Under the Transportation Cabinet’s logic, the Commonwealth is not only contradicting itself, but spewing nonsense. If the Court finds that vanity plates are government speech, then the Court would also be finding that Kentucky has officially endorsed the words “UDDER”, “BOOGR”, “JUICY”, “W8LOSS” and “FATA55”.

Yeah, I think the FATA55 plate pretty much kills the “good taste” argument.

Regarding the idea that perhaps religious (or, in this case, anti-religious) content would not be allowed on a licence plate, the court makes these very valid points:

However, the Transportation Cabinet has been so inconsistent in its application of § 186.174 that it has ceased to be “consistent with [Kentucky’s] legitimate government interest” in any way. If the Transportation Cabinet genuinely wants to avoid controversy on Kentucky’s highways by preventing “promotion of any specific faith, religion, or anti-religion” from appearing on vanity plates, then it should have denied “IM4GOD”, “ASKGOD”, GR8GOD”, “LUVGOD”. But it did not. [R. 49-12.] Instead, the Transportation Cabinet has approved multiplate vanity plates featuring the word “god”. Id. This suggests that the law as applied to Mr. Hart is neither reasonable nor viewpoint neutral. To allow such plates as “IM4GOD” and “LUVGOD” but reject “IM GOD” belies viewpoint neutrality. Regardless, the Court concludes that in this case, § 186. 174(1) is an unreasonable and therefore impermissible restriction on Mr. Hart’s First Amendment rights.

You can’t have IM4GOD if you want to deny IM GOD, at least not in America, Kentucky.

Regarding Hart’s proof that he actually is, in fact, God, the proud atheist gave what is a pretty adorable argument:

Now you know: God drives a Jeep with personalised plates in Kentucky.