BoJack Horseman Got The Series Finale He Deserved 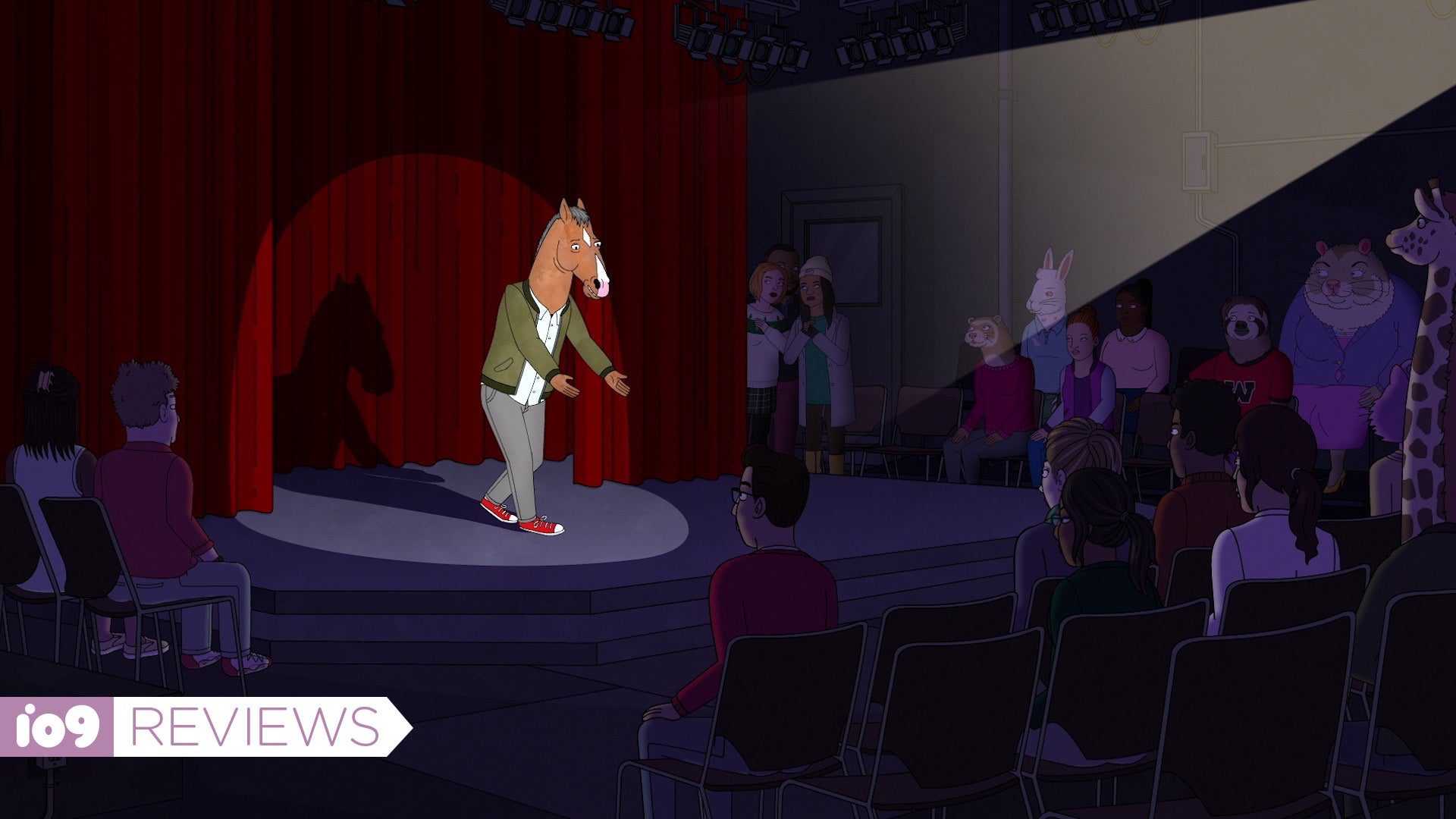 Moments before Charlotte Carson became the second BoJack Horseman character to drop an f-bomb—signifying that her relationship with the titular horse was irreparably damaged—she gave her old friend a sage bit of advice. She explained how, at times, the negative emotions we associate with physical spaces and things actually have more to do with the people we are.

Each of BoJack’s seasons has followed the washed-up ‘80s sitcom star in a seemingly endless cycle of addiction and recovery, while he’s done what he can to figure out a way of keeping relevant in an industry town that could forget who he is at any minute. BoJack’s personal triumphs and backslides into self-destructive behaviour have often been difficult to watch because of how relatable and rooted in reality they’ve often felt. But every time BoJack’s fallen off the wagon and burned another bridge with someone close to him, the shadows that’ve been following him since the series’ beginning have grown nearer, raising the question: How many more chances is BoJack going to get before he truly ruins his life?

The second half of the final season of Netflix’s BoJack Horseman picks up soon after “A Quick One, While He’s Away,” a conspicuously BoJack-free episode that began setting up the actor for yet another round of personal embarrassments caused by his poor decisions. Though this season sees BoJack making a good faith effort at putting his past behind him by committing to living a more responsible life and working as an acting professor, there’s only so much he can do to distance himself from some of the more morally questionable things he’s done that have directly hurt people.

After spending so much time trying to get his life story out to the public, a pair of investigative reporters take it upon themselves to look into what they believe is a juicy story about BoJack’s potential involvement in former child star Sarah Lynn’s death. The reporters don’t know just how right their hunch about BoJack is, but it’s the other things the pair discover about the actor that hang over this season like a Sword of Damocles.

When BoJack finds out the reporters are working on an exposé, he’s forced to make an important decision about whether he wants to come clean about all of his indiscretions, or whether the modicum of happiness he’s found in the newest stage of his life is worth trying to keep the truth a secret. The more time BoJack spends contemplating which choice to make, the more his friends and family become entangled in the mess he’s made for himself, and many of BoJack Horseman’s characters shift into a soberingly bleak headspace as the season progresses.

His personal growth has been questionable up to this point, but season six’s final episodes very effectively illustrate just how much the people around him have changed over the course of the series. Diane, Todd, Princess Carolyn, and Mr. Peanutbutter all still care about BoJack in their own ways, and whenever it seems like shit’s really going to hit the fan for him, they genuinely only want to make sure he ends up all right in the end. But at the same time, they’ve all got their own lives, and every time they let themselves get pulled into BoJack’s toxic orbit, it’s hard for his allies not to feel as if they’re only hurting themselves by being close to him. 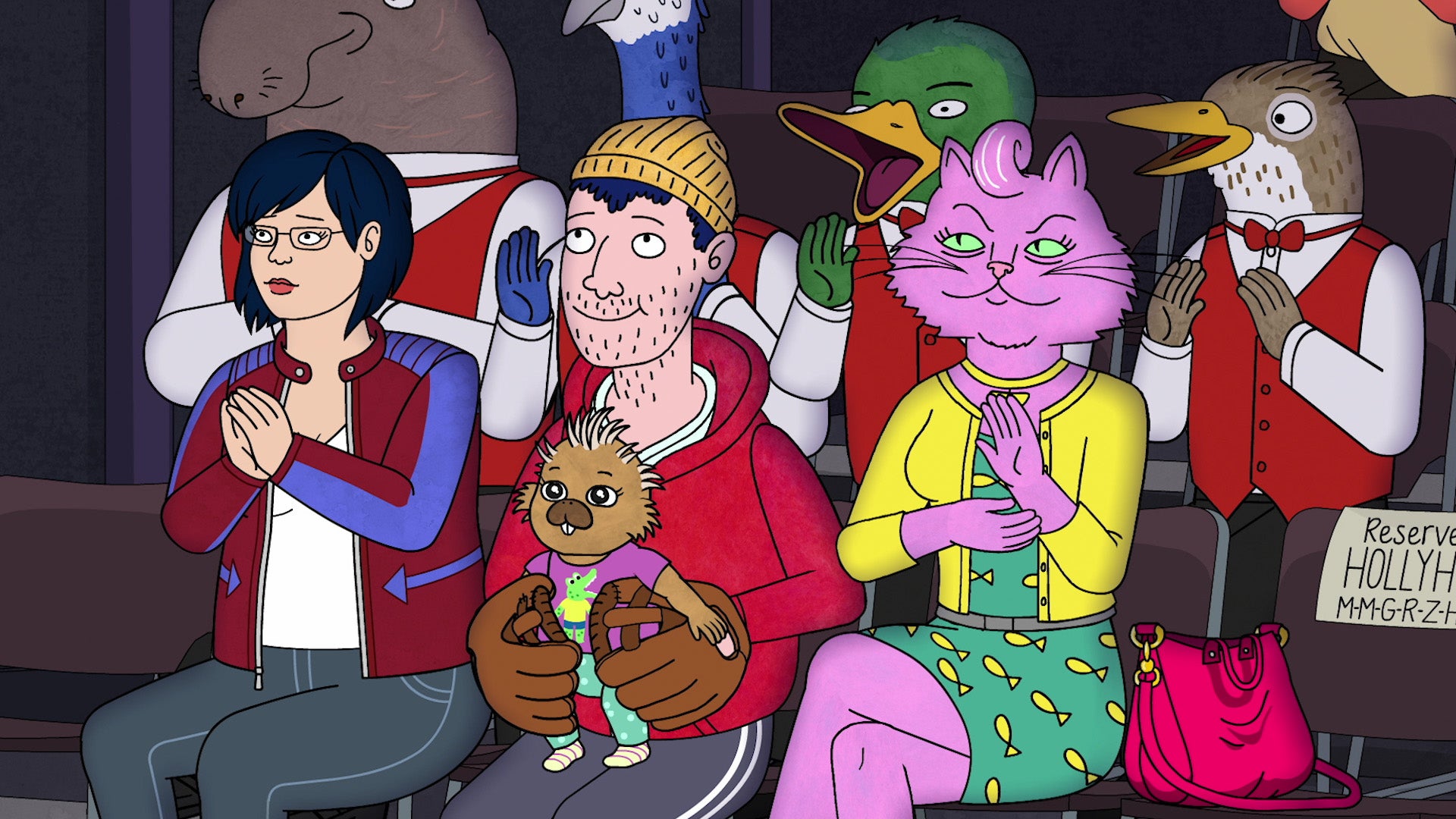 For the amount of time these last few episodes dedicated to giving individual characters thoughtful moments of introspection, the show also levels a critical gaze at Hollywood as an industry, with rapid-fire jokes about the rich and famous power players that keep Los Angeles running. As the storm around BoJack continues to grow stronger, the series repeatedly slows down to remind you that as much of a mess as BoJack is, he’s very much the product of his environment, and part of a system that isn’t exactly interested in the well-being of the people working within it.

BoJack doesn’t exactly involve many twists as its story comes to a close, but BoJack’s fate in life ends up being something that the series has been cleverly alluding to ever since its opening credits sequence began skewing a bit more existential in season five. These final episodes give BoJack’s cast ample opportunities to explore new levels of nuance within each of their characters, and the emotional places that both BoJack and Diane journey to are particularly interesting to watch because of the ways their respective explorations rhyme with one another.

Similar to the way that BoJack’s struggled to hold onto his sobriety before eventually relapsing, and questioning whether changing is even worth it, Diane manages to get ahold of her depression. But she’s dismayed to realise that taking her meds and checking in with her loved ones doesn’t mean that all of her problems have vanished wholesale. Diane’s always been a more comparatively stable person than BoJack, but the arc she’s given here about publishing her first book mirrors BoJack’s descent into a panicked, existential spiral because she feels her writing can only come from a brutally honest place about the darkness she’s lived with. You get the sense that on some level, Diane fears that putting her truth to paper and inviting the public to consume the parts of herself she doesn’t like might put her back at square one in terms of her own journey towards happiness. But what BoJack Horseman does by having Diane and BoJack’s arcs speak to one another this way is very deftly posit the reality that overcoming depression, like overcoming addiction, is an ongoing process rather than a one and done thing. 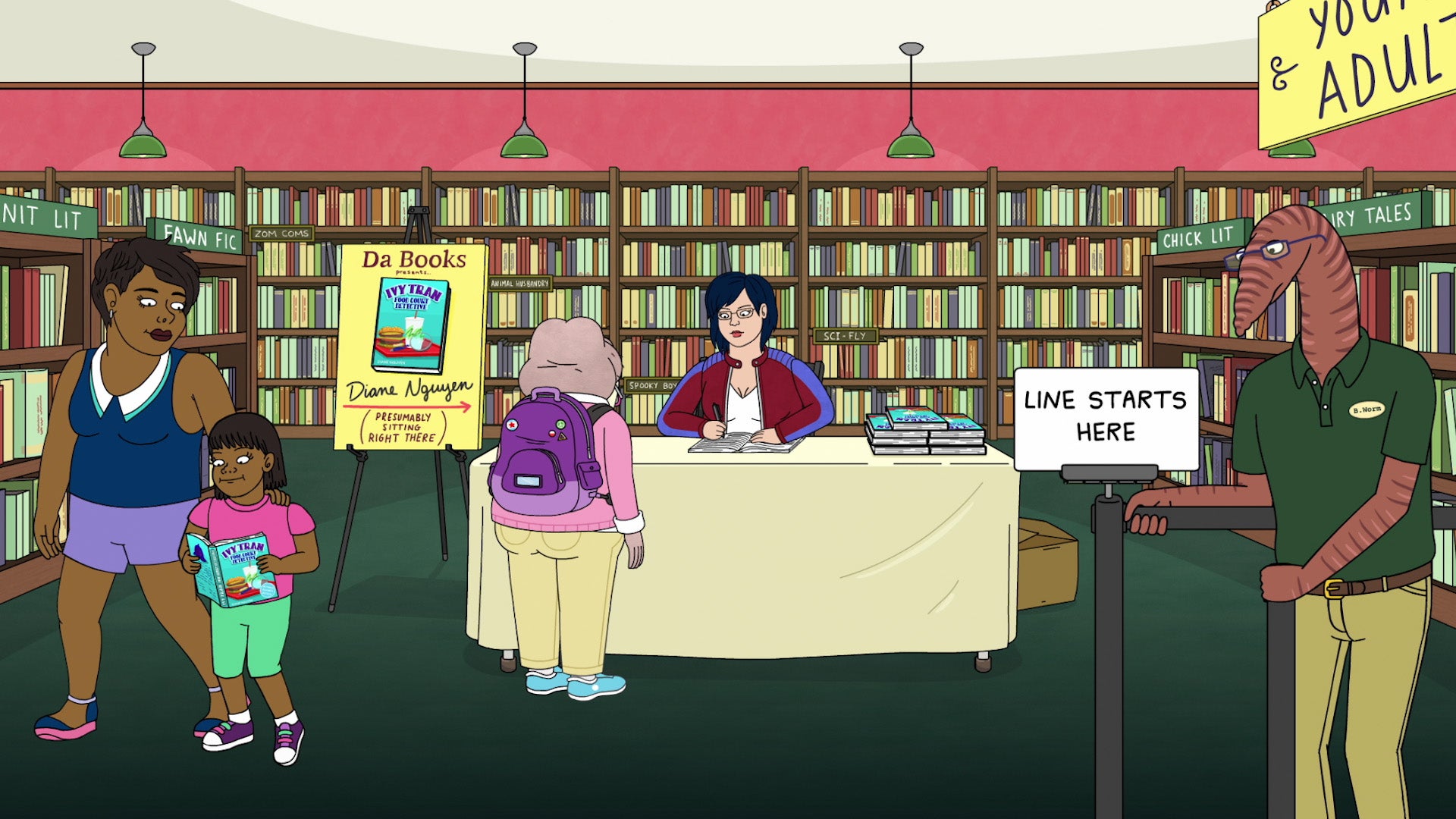 Diane’s depression doesn’t manifest itself in the same form as BoJack’s or anyone else’s, but grappling with that kind of inner demon is something that blocks off all of the show’s characters from their creative energies, and it’s something they each rally against as best as they can. Some are more successful than others, and the differentiating factor between them is how willing each character is to be forthright with the things about themselves that they hate the most, be it their substance abuse or their feelings of not deserving to be loved. That process isn’t exactly easier for Princess Carolyn and Todd, but they’re all able to evolve into newer versions of themselves more adroitly because of the healthy emotional distance they’ve put between themselves and BoJack.

Difficult as Princess Carolyn has found motherhood after she adopted her daughter, she’s always been the kind of person who’s ready to rise to the challenges life throws at her. Faced with the gathering storm that’s coming BoJack’s way, Princess Carolyn knows exactly what kind of damage control that needs to be done to minimise the blowback, something that speaks to her talents she’d previously been doubtful of. Ultimately, Princess Carolyn comes to understand that she truly is fantastic at what she does, and her problems in the present (as they often had been in the past) were often consequences for BoJack’s actions that she had no true control over.

Ironically, Princess Carolyn adopting her daughter Ruthie changes Todd’s life for the better as he becomes her frequent babysitter and learns that he’s actually quite good with babies in general. Todd’s professional ambitions remain as undefined as ever, but he gains a new kind of clarity about what it is that he wants out of life, like a healthy romantic relationship with another asexual person. More than that, though, what Todd wants is to be able to share his new self with the people he deeply cares about (like his family), and his ability to recognise that about himself speaks volumes about how he’s changed over BoJack’s six seasons.

Varied as their journeys are, all of BoJack Horseman’s characters get exactly what they deserve in the final episode, which is to say that they reap the things that they’ve sown. There are endings that could be considered rather fairytale-like, but they’re sharply contrasted by other stories that close out with brutally painful conclusions. The overall effect is that BoJack’s left feeling more like a reflection of the real world rather than a heightened reality filled with anthropomorphic animals.