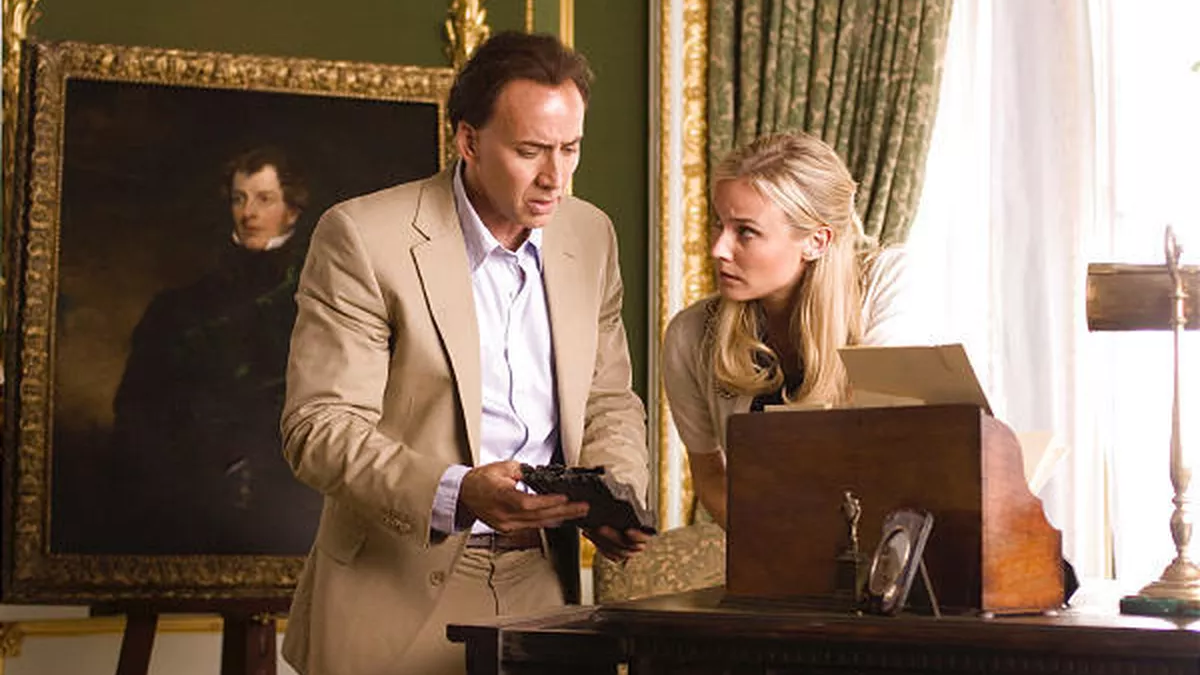 The first National Treasure movie had a demented but compelling premise: Nicholas Cage is a treasure hunter, and there’s a treasure map on the back of the Declaration of Independence. Let’s steal it. National Treasure 2 was likewise about historical secrets hidden in… John Wilkes Boothe’s… diary? Presumably, National Treasure 3 will be about the map to Atlantis that Abraham Lincoln hid in his court briefs.

We’ll find out before too long: Variety reports that National Treasure 3 has been greenlit at Disney, with Jerry Bruckheimer attached to produce and Chris Bremner (Bad Boys For Life) set to write the script. The first two films starred Nicholas Cage alongside Justin Bartha, Diane Kruger, Harvey Keitel, and Jon Voight. No word yet on whether or not any of the principles will return, but it seems unlikely they’d continue a franchise that was always a Nic Cage vehicle without Nic Cage.

The real question, though, is what sort of prize Cage’s treasure hunter, Benjamin Franklin Gates*, will find. Conquistador gold? Nazi gold? Maybe they’ll find the secret to importing the X-Men universe into the MCU without it feeling forced. Who knows.