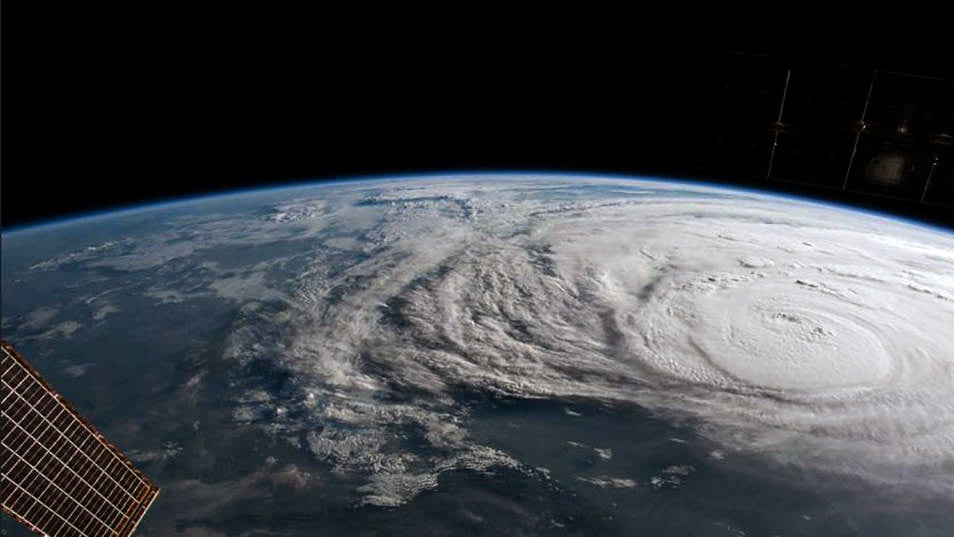 A view of Hurricane Harvey from the ISS in 2017 (Photo: Getty Images)

The list of bad things that can happen to you in space has gotten longer. A new paper this week details how an astronaut on board the International Space Station (ISS) developed a potentially serious blood clot, the first ever documented in space.

According to the paper, published this week in the New England Journal of Medicine, the unnamed NASA astronaut was two months into a planned six-month mission on the ISS when an ultrasound conducted as part of a routine study picked up something unusual: an obstructive thrombosis, or blood clot, in their left internal jugular vein that had stopped blood flow.

Blood clots in our veins can always be a health risk, but this particular kind of clot is especially dangerous. The clot can break off and end up elsewhere in the bloodstream, causing a life-threatening blockage, or embolism, in our lungs, brain, or other vital organs. This blockage can also lead to a widespread infection that can shut down our bodies, known as sepsis.

While the astronaut hadn’t experienced any physical symptoms, it was completely uncharted territory for those on board and the doctors on Earth tasked to help treat the orbiting patient. Not only did they have no idea of how the clot would behave in a microgravity environment, they also didn’t know if space would affect its response to anti-clotting drugs. The team in space had only a limited supply of blood thinners, which needed to be delivered via syringes—yet another precious commodity in space. And if the medication caused serious complications, like uncontrollable bleeding, they had no drugs at all that could reverse the anti-clotting effects.

Thankfully, no such disaster occurred. Once the astronaut was started on the therapy, their clot shrank, and a supply mission a month later provided the ISS with anti-clotting pills and reversal drugs just in case. The astronaut stopped taking the medication four days before their scheduled return to Earth to lessen the risk of serious injury. A check-up soon after landing revealed that spontaneous blood flow had returned to the affected vein, and the clot itself faded away 10 days after their return to Earth; six months later, the astronaut appeared to be completely recovered.

Despite the good news, the authors of the paper say the experience should serve as an important lesson about the many unknowns of space travel.

“These new findings demonstrate that the human body still surprises us in space,” said lead author Serena Auñón-Chancellor, a clinical associate professor of medicine at Louisiana State University and a member of NASA’s Astronaut Corps, in a statement provided by the university. “We still haven’t learned everything about aerospace medicine or space physiology.”

Though Auñón-Chancellor and her team credited the cooperation between multiple space agencies and doctors back on Earth in handling the unexpected situation, they also cautioned that future missions will need to be better prepared, especially if they’re travelling far beyond the reaches of any immediate help.

“The biggest question that remains is how would we deal with this on an exploration class mission to Mars? How would we prepare ourselves medically? More research must be performed to further elucidate clot formation in this environment and possible countermeasures,” she said.