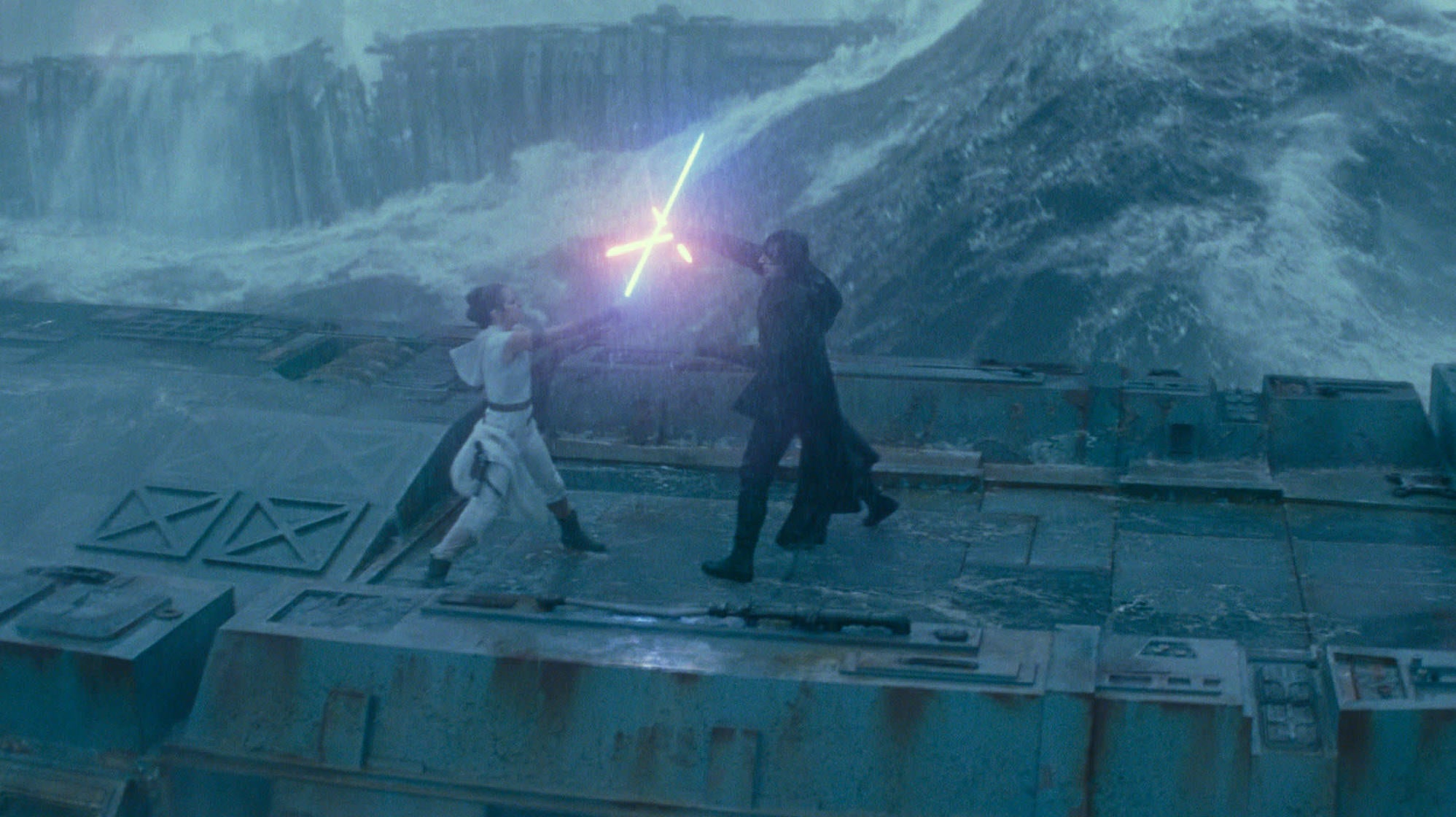 <em>The Rise of Skywalker</em> is the final showdown for the Skywalker Saga. (Photo: Disney)

This article will not spoil the ending of Star Wars: The Rise of Skywalker. We don’t know it (and wouldn’t tell you if we did!). Like most of you out there, we want to experience that in the theatre. But, obviously, we’re intrigued by the idea of it, and at The Rise of Skywalker press conference in Los Angeles this week, co-writer Chris Terrio discussed the pressure to live up to that idea.

â€œThere was a moment in the process when we were [struggling] with something in the third act,â€ Terrio said at the event. â€œWe were in a room with [producer] Michelle Rejwan and Kathy [Kennedy] and J.J. [Abrams] and I and we couldn’t get it. So we went outside the room and Rick Carter, the legendary production designer, said, â€˜I think the reason you and J.J. can’t write this scene is because you don’t want Star Wars to end.’ And I looked at J.J. and we knew he was right and then we had to go and write it.â€

They didn’t want Star Wars to end. That sounds simultaneously ominous”and a little heartbreaking”but also understandable. Ominous, because whatever Terrio and Abrams were about to write apparently puts some kind of definitive, scary, closure on an aspect of Star Wars. â€œUnderstandableâ€ because, while that’s what The Rise of Skywalker is supposed to do, as a fan, you don’t want to be the person who actually does it. Do you really want to be the person who killed Han Solo“which J.J. Abrams already, partially, is?Â So you get it. You’re scared to make something permanent but, if it works for the movie, you have to.

â€œI think both of us mourned the moment when we typed a character name for the last time,â€ Terrio continued. â€œThe moment of joy that you have when you type â€˜Lando’ and then some words underneath â€˜Lando’ is something that is indescribable, but also the moment of sadness and longing you had the last time is memorable.â€

We’ll find out what was so difficult on December 19 when The Rise of Skywalker hits theatres. And check back in the coming days for much more from our interviews.