The 2019 Volkswagen Arteon Is A Different Kind Of Status Symbol

The 2019 Volkswagen Arteon looks futuristic, but it feels a callback to the old school idea of a flagship sedan that exists just because. Built with aesthetic-first mentality, it’s not for everybody. But if you want a low-key glamorous, semi-upscale VW-badged cruiser to modestly stand out in, this is the four-door for you.

(Full Disclosure: VW bought me a hotel room, a few meals and a couple glasses of wine so I could listen to the Arteon’s origin story and take it for a spin.)

If you’re seeking an objectively compelling case to get an Arteon, you might be missing the point. Not unlike the Passat CC and, in some ways, even the Phaeton before that, the VW Arteon already feels like a car we’re going to appreciate seeing in traffic but never really understand.

That said, today’s flagship Volkswagen is a lot more practical and user-friendly than the others I just mentioned, which it manages to do well also looking better. Neat trick.

The Arteon is like a Passat with a stronger pulse. Or, an Audi with a little less obvious attitude. If this were 2008, we would call it a “near-luxury” car, which is how people were classifying some of the more entry-level Acuras and Infinitis and such back then. Today, it’s just a car, because that in of itself is mildly exotic.

To paraphrase the pre-test drive PowerPoint presentation I absorbed for you: this car exists to distinguish itself, to let the company’s designers “exercise enthusiasm.”

If a GTI is a gently levelled-up hatchback, it’s fair to call the Arteon an equivalently made-cooler version of the humble sedan. Though technically, it’s a fastback, since the rear glass lifts with the trunk.

VW’s people called out its rivals as the Infiniti Q50, Acura TLX, Nissan Maxima and Kia Stinger. The Mazda 6 was not mentioned, probably because the best version of that car lists below the price of the base Arteon.

But I can’t think of a closer equivalent competitor. The Arteon is more technologically advanced than Mazda’s executive express, but the 6 feels just as good on the road and has a similar subtle elegance, albeit with a little more annoying road noise.

All American Arteons are powered by Volkswagen’s ubiquitous 2.0-litre turbocharged four, which the company claims can generate 268 horsepower and 258 lb-ft of torque paired to an eight-speed automatic with front or all-wheel drive. No fancy dual-clutch DSG for this thing in America.

That AWD system, which VW calls 4Motion, runs 90 per cent front-drive and 10 per cent rear-drive by default. So it behaves like a front driver most of the time, but can send more power aft-ward if the car feels itself slipping. The car’s XDS Cross Differential System can add a touch of braking to your inside wheels in turns, which is supposed to effectively tighten the car around bends.

The Arteon is 191.4 inches long, 73.7 inches wide and weighs 3,854 pounds (1,748 kilograms) with all-wheel drive. That makes it just a smidge (about two inches) longer than its spiritual predecessor, the CC, or roughly the same size as today’s Toyota Camry. 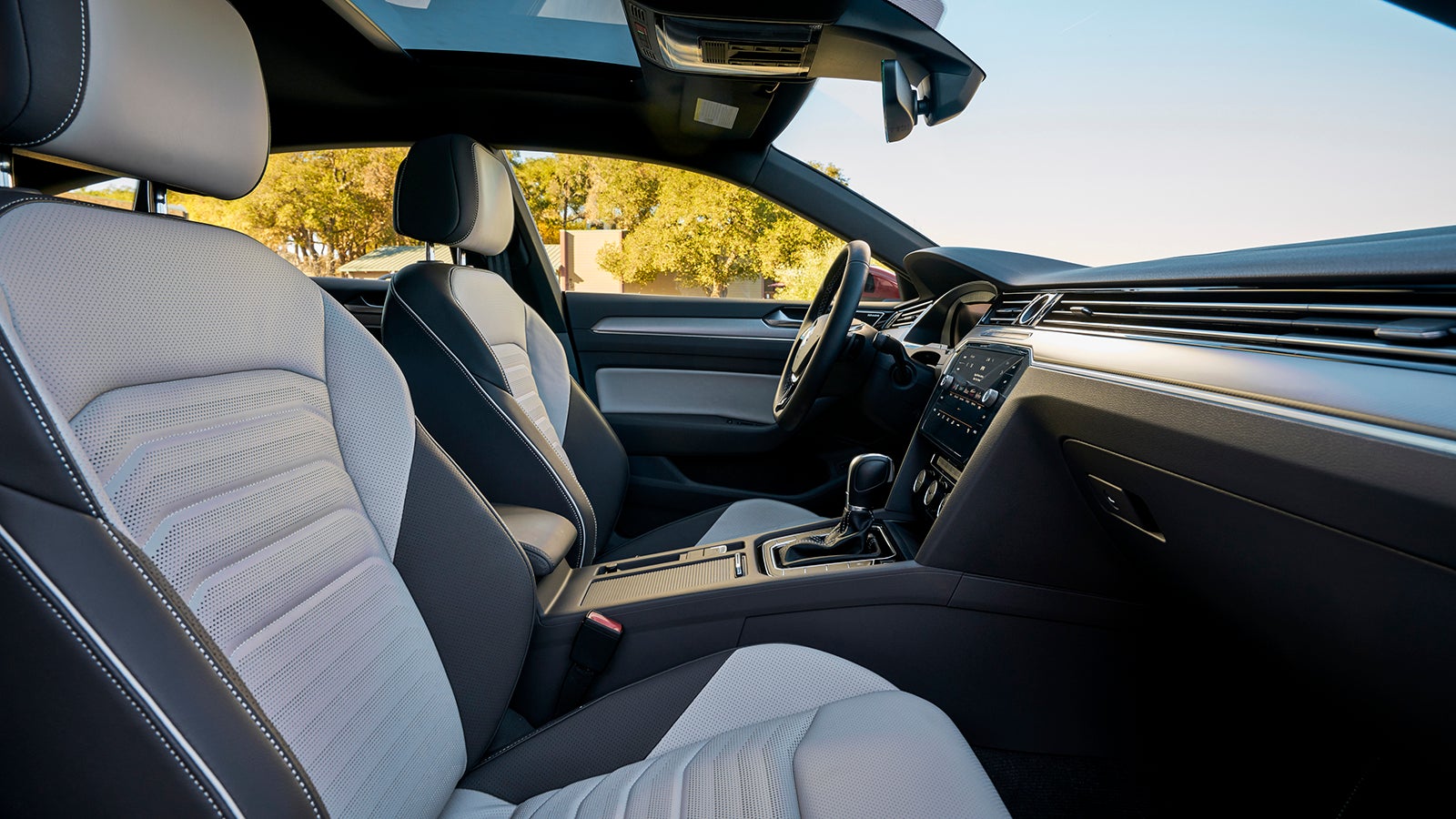 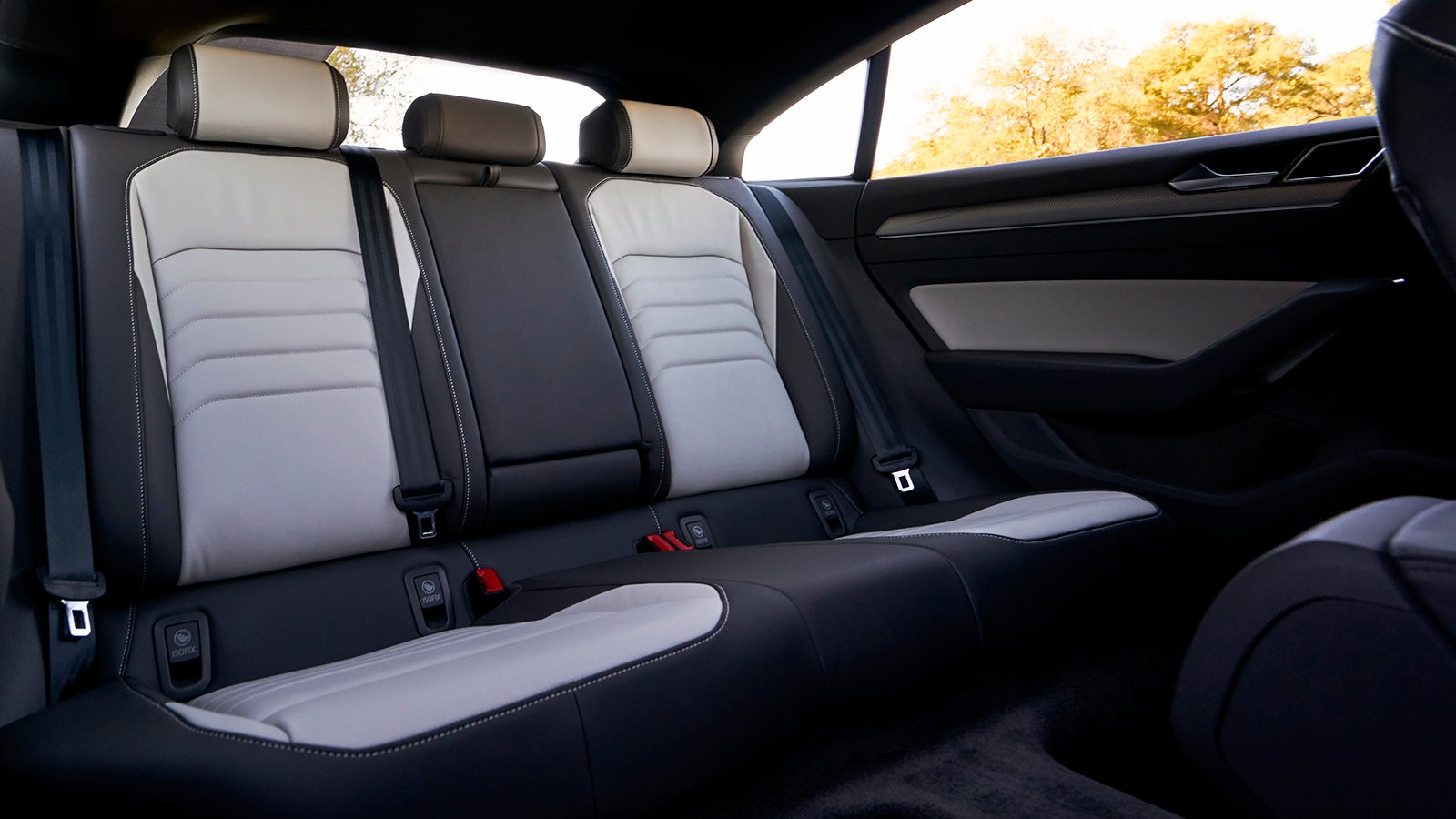 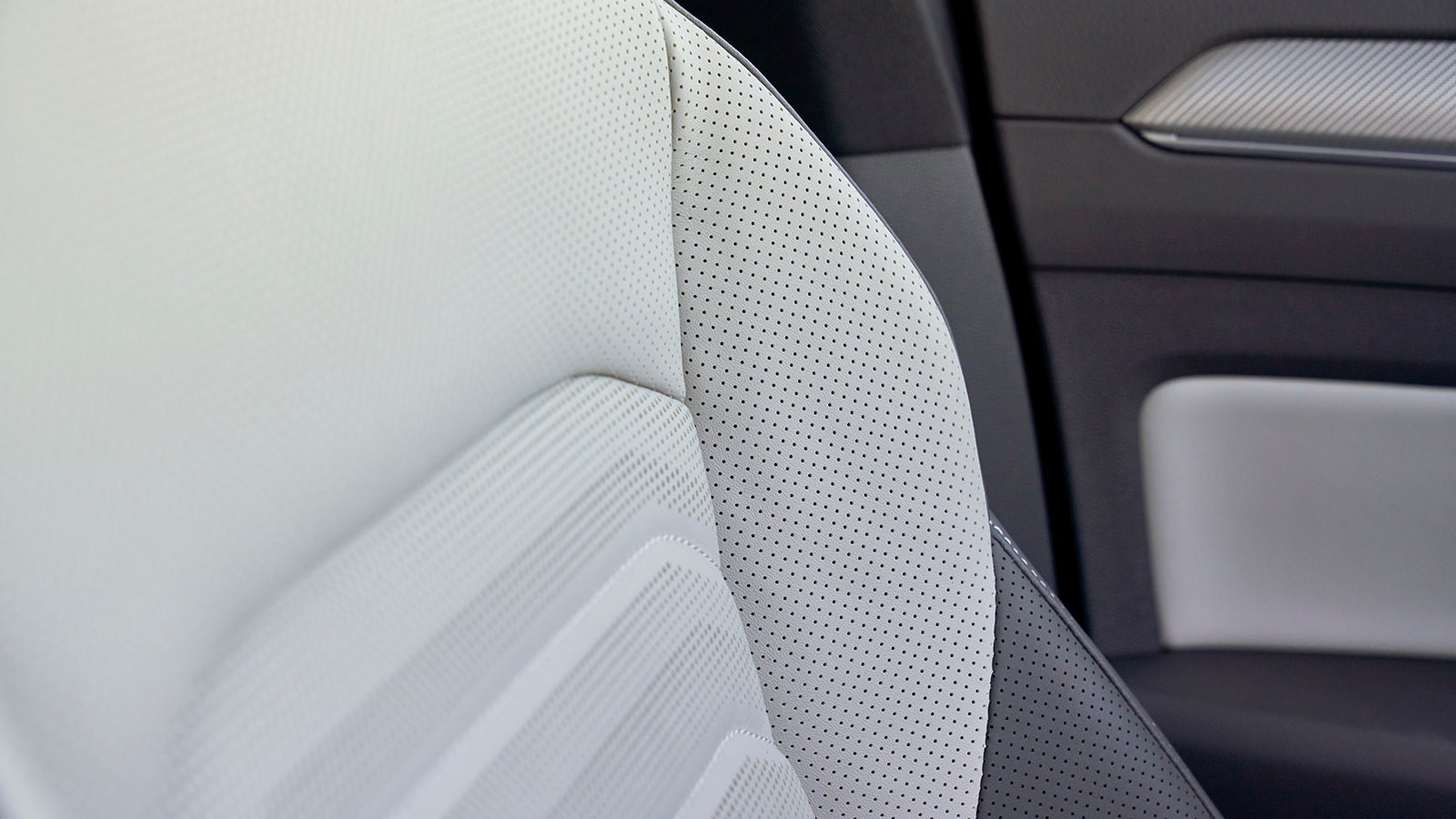 The most frugal two-wheel drive variants are supposed to be able to get 22 mpg in the city and 31 on the highway. Those numbers drop to 20 and 27 respectively if you order 4Motion all-wheel drive. So a gentle driver in the heavier model should be able to get about 470 miles out of the Arteon’s 17.4-gallon fuel tank, but you will have to fill that with premium high-octane gasoline for optimal performance.

For safety, the Arteon has Volkswagen’s Intelligent Crash Response System, which “can turn off the fuel pump, unlock the doors, and activate the hazard lights” when airbags deploy while another system, Automatic Post-Collision Braking, tries to prevent the car from being in a secondary impact. Like, say, ping-ponging off a guardrail and into another car.

I am pleased to report I didn’t have to test the system, but I do like the idea of it. 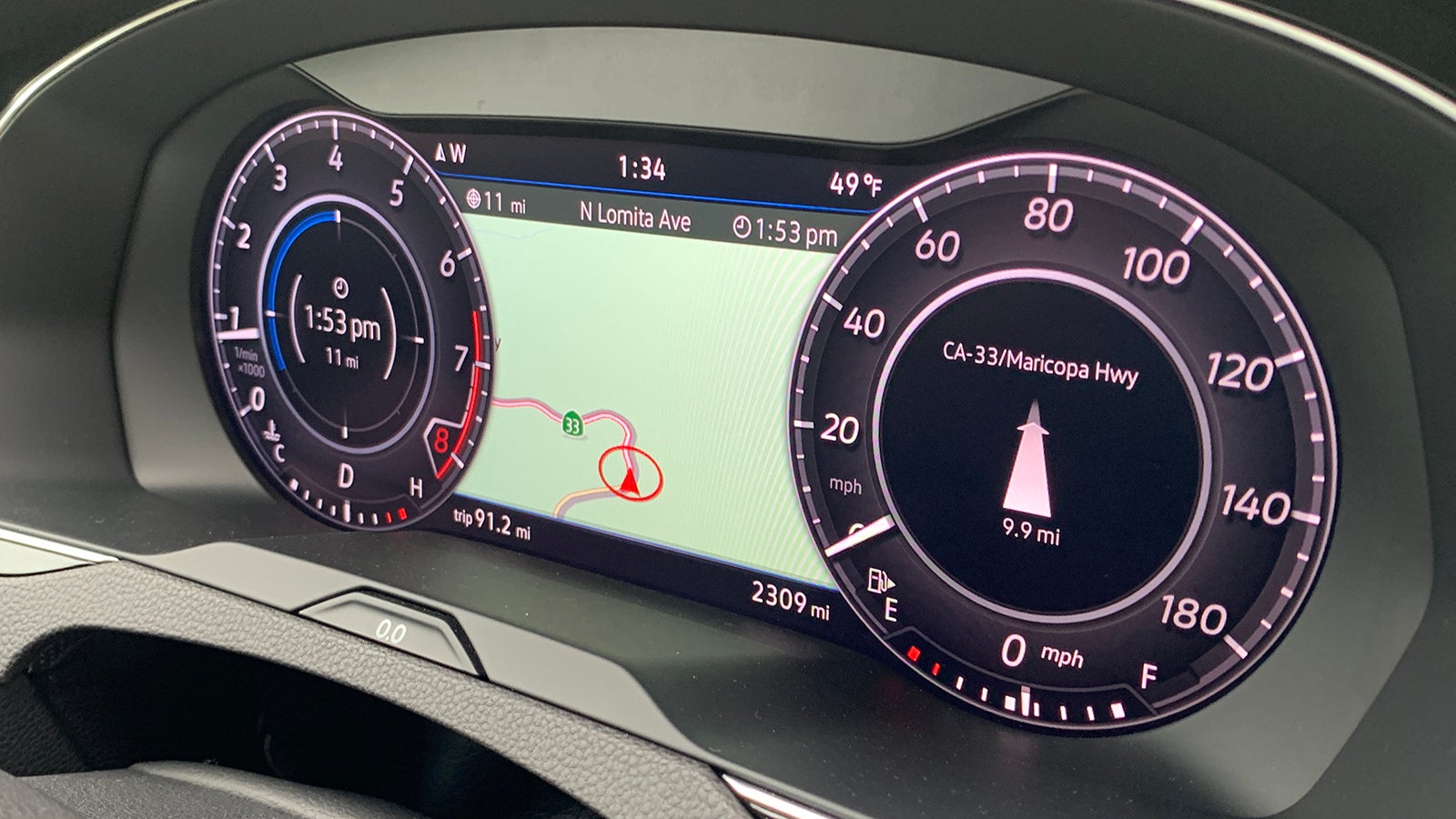 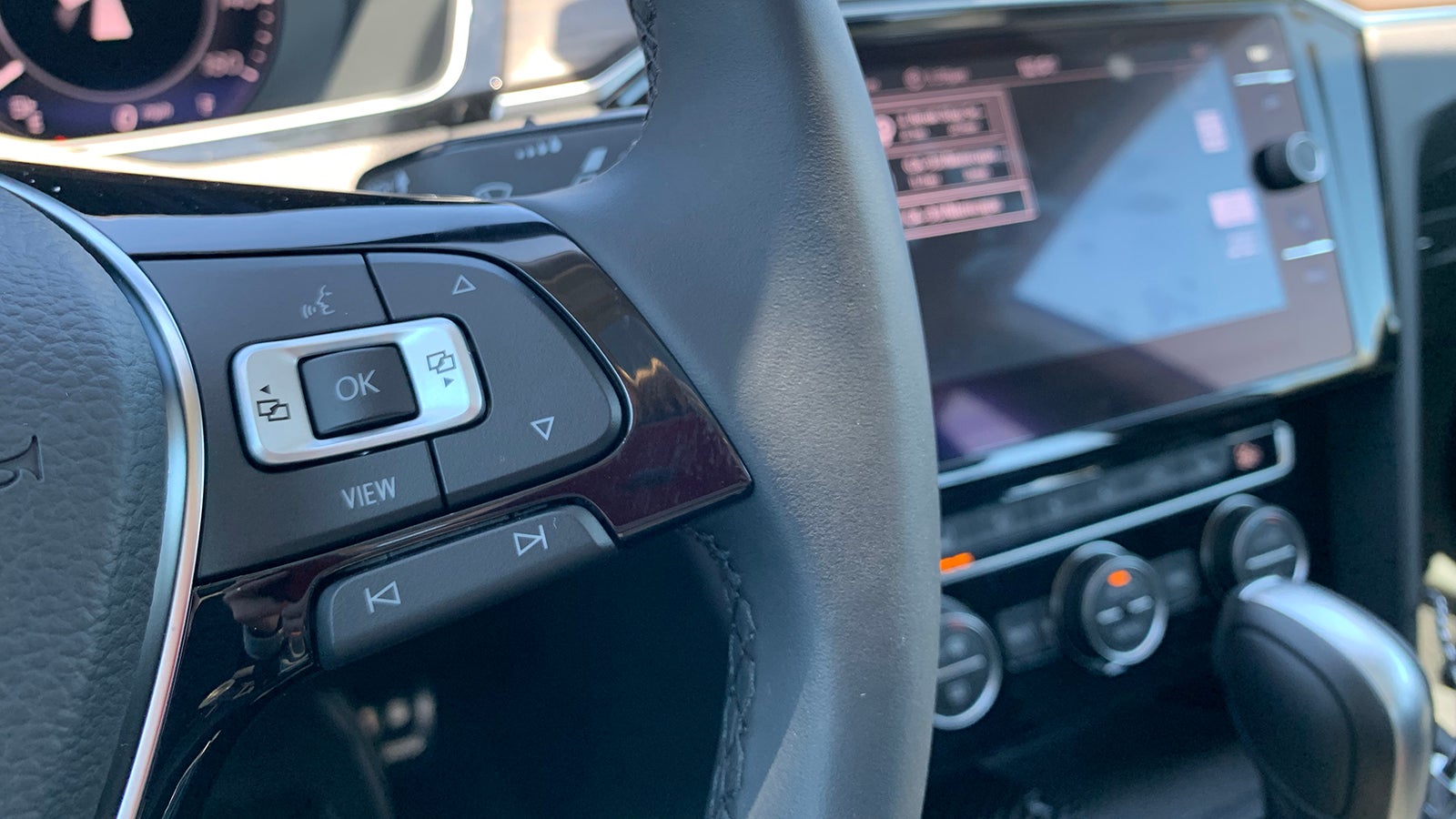 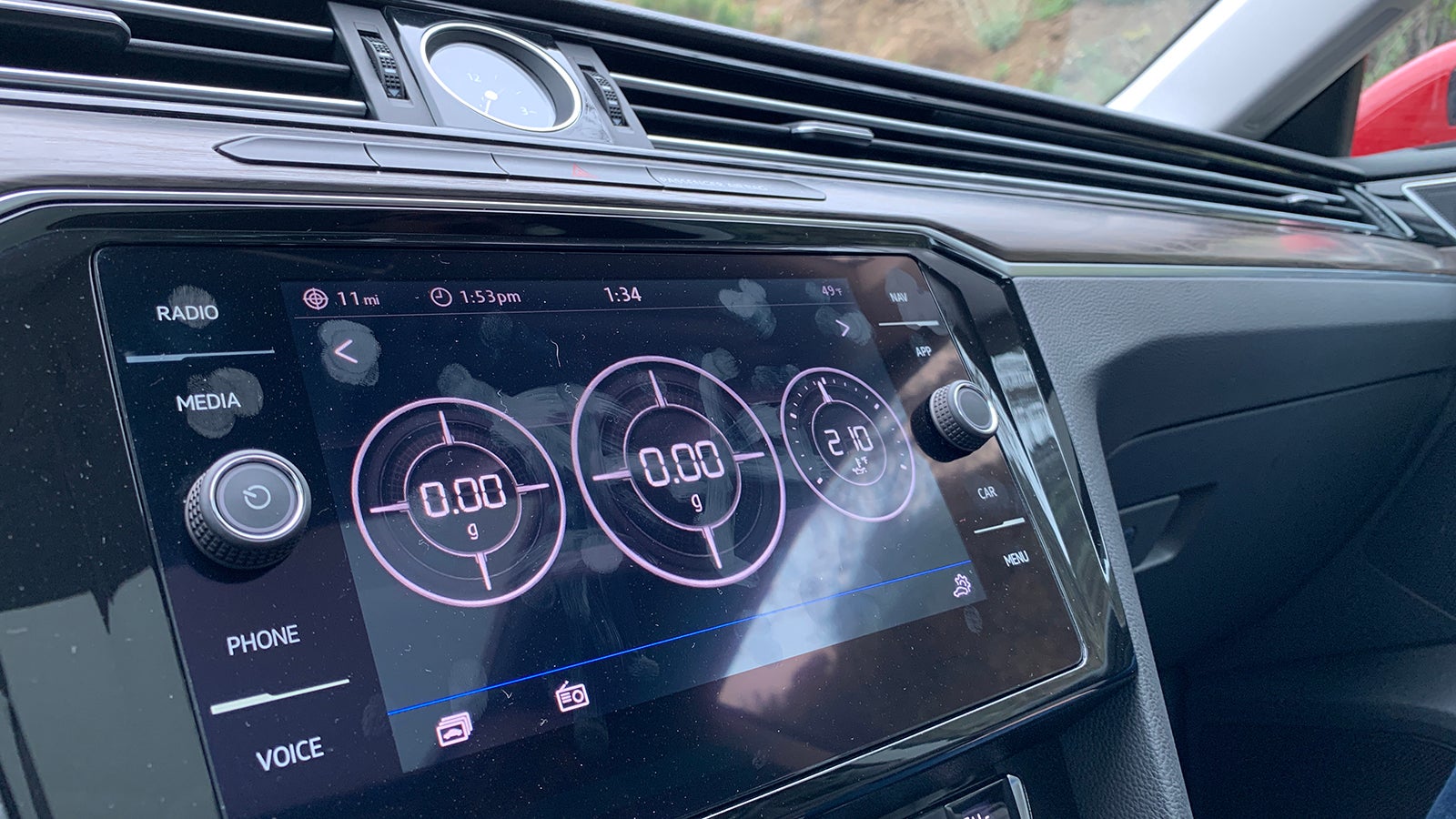 It’s hard to help being seduced by the Arteon’s aura as you stride up to a freshly washed one and slide inside. The body is smooth and sleek in a way that looks extremely pleasing without being in your face about it. The cockpit is similarly elegant and simultaneously unassuming, even if the materials can’t quite provide luxury-car levels of haptic satisfaction.

Not sure what’s up with that plastic analogue clock in the middle of the dashboard, though. Looks like something you’d find on the nightstand of a really nice German hotel in 1995. Which, I don’t mind, but seems a little incongruous.

Luckily you’ll be too busy feasting your eyes on the Arteon’s gorgeous digital dashboard display, which definitely a good reason to step up from the base SE to the fancier SEL.

High-resolution and highly customisable, the gauge cluster in the better Arteon trims can show you a range of gauges and pieces of information but the coolest and most useful mode is when the whole thing becomes a map.

The Arteon’s not self-driving, but its navigation system dominating so much of the display does make it feel like the car’s doing most of the piloting. You’re just steering the thing to obey the robot reading you turn-by-turn directions.

The beautiful, smooth and user-friendliness of the interface isn’t unique to this car; the tech is becoming standard across VW’s line. Simply put, driving this car makes you feel futuristic and cool while simultaneously leveraging the anachronistic concept of a luxury touring car.

The Arteon looks a lot faster than it is. As a commuter car, power is adequate for merging and passing. But there’s not a lot of life there for spirited driving; the car’s not particularly eager to charge up to speed and its tires squeal for mercy at the first signs of aggressive cornering.

Speaking of hard steering, the suspension might be the most user-adjustable of anything you can buy off the rack. Its DCC adaptive chassis control gives you 15(!) settings of ride firmness to pick from, and “adaptively controls the damper valves of the Arteon, adjusting the optimal damping force for each setting to each wheel selectively” according to the brochure.

In polite company, I might suggest it takes a very astute driver to appreciate this system. If I didn’t think any of VW’s engineers would read this, I’d say the shock adjusters only seem to exist to make the ride quality worse. On California’s curvy route 33, the most-Comfort mode felt fine.

The most-Sport mode felt harder, but it didn’t seem to translate to what I would describe as more responsiveness. And each setting in between, I don’t know fam, if you told me “just kidding, there are only three settings, the other 12 were placebos” I wouldn’t be shocked.

The Arteon’s been teased out and postponed for an eternity, with delays due in part to emissions testing, and a lot of the same observations keep surfacing: it’s a great looking car with a narrow target audience.

It’s not quite lofty enough to be a halo car; I’m not even sure it’s significantly sexier than a Passat R-Line in a nice colour. Even the Jetta is available with VW’s digital cockpit. And if all three were parked next to each other, only somebody who cared about cars would be able to pick which is which.

So what’s the point of the Arteon? It’s a statement piece for people who very subtly want to stand out. And that’s no paradox—it’s like pairing a particularly cool tie with a suit. Or maybe some funky socks.

For longtime VW fans with a little money to burn, or those who can afford an Audi but would rather make a less-aggressive first impression pulling up to park, the Arteon is pretty much perfect. For those who just want a pretty-looking decently-driving sedan, you should probably save a bunch of money and buy a Mazda.

Then again, I have a feeling that ageing Arteons will be more exciting to see on the road in a few years. And you probably won’t see many of them. 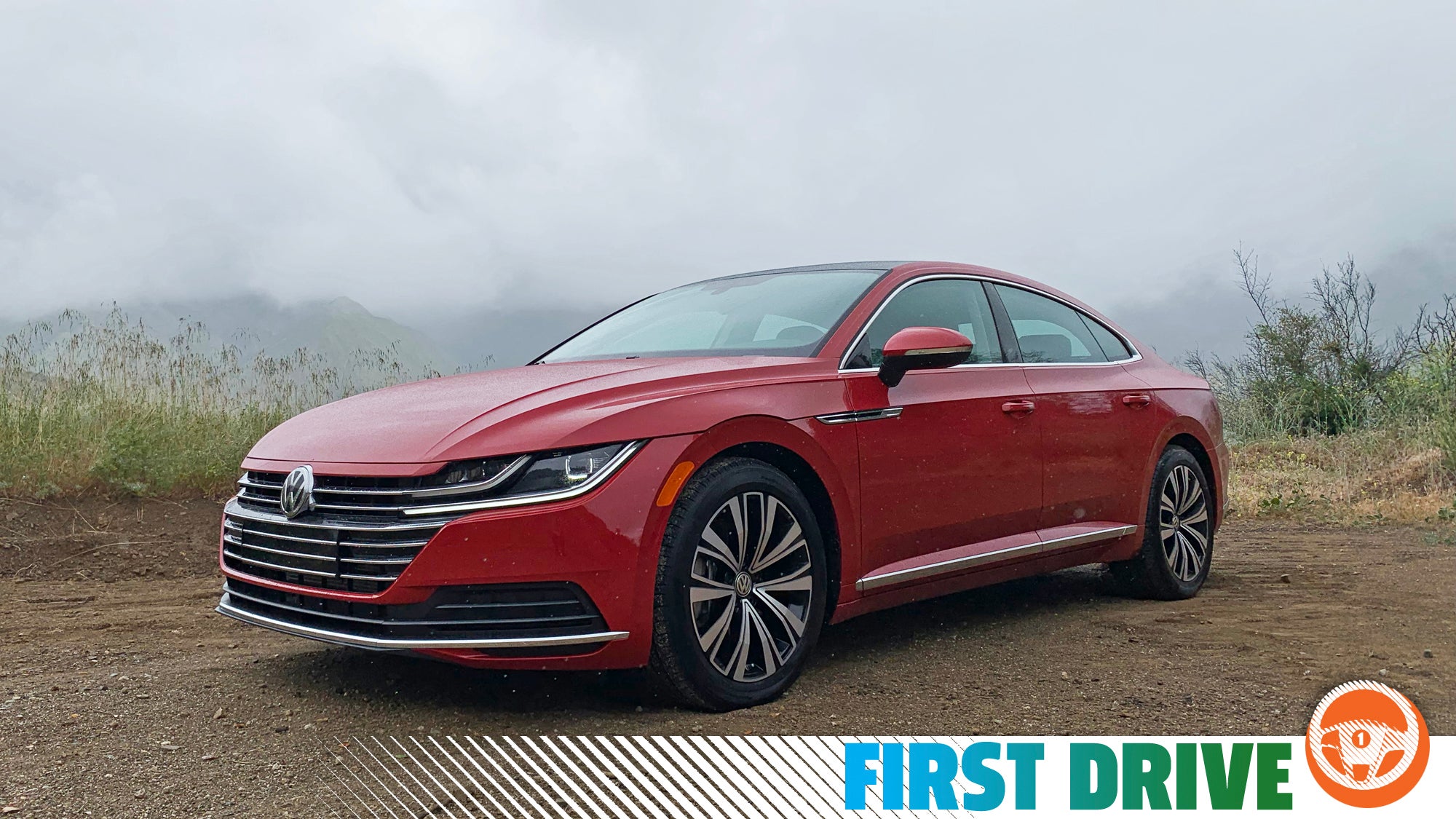