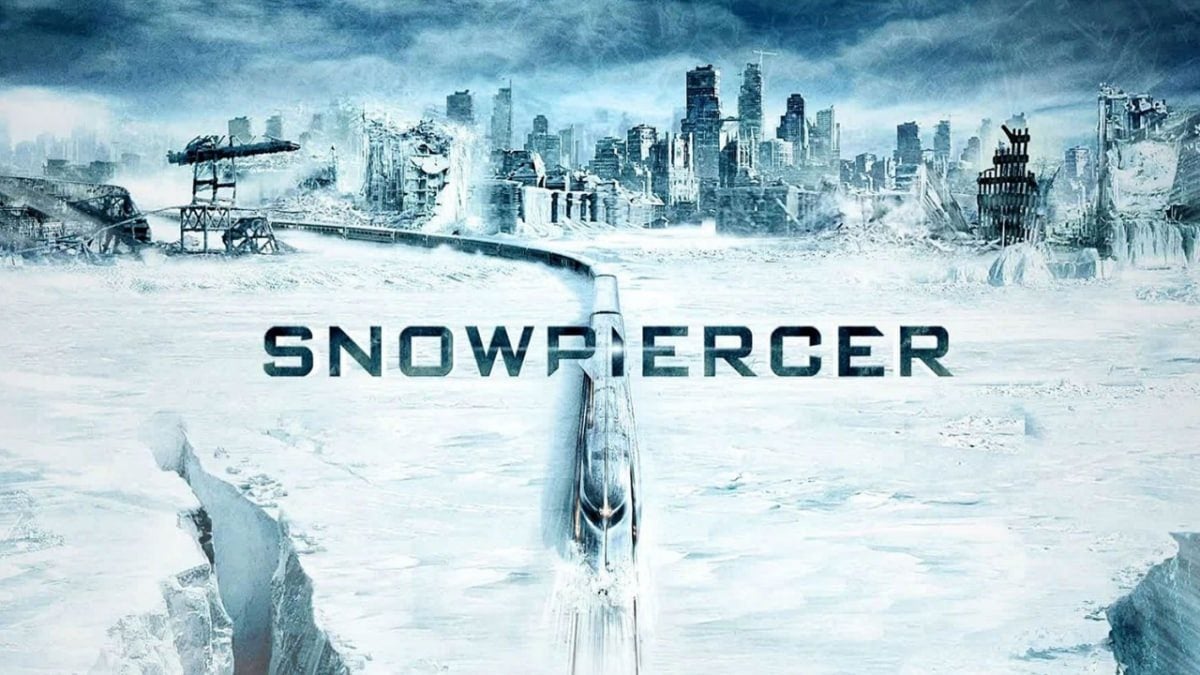 With the recent smash success of Parasite, it is as good a time as any to re-visit (or watch for the first time) Bong Joon-Ho’s 2013 masterpiece Snowpiercer, in which an alternate-universe Captain America leads a class revolt up a train containing the last remnants of humanity in a frozen climate-changed world. I say masterpiece in that it is most certainly the most true-to-life depiction of the archetypal Train Guy put to film. However, how Train Guy is depicted in the film is a matter of debate, a debate that I must have with my coworker and transportation reporter Aaron Gordon, who may quite possibly be a Train Guy himself.

(Spoilers Ahead: This post includes a number of spoilers about the plot of the movie, particularly about what Chris Evans does. Good god. I mean. Damn. Still, shout out to Chris Evans for agreeing to do this script after he had already signed on to be Captain America. Which, if you think about it, is not incompatible with the storyline of Snowpiercer.) 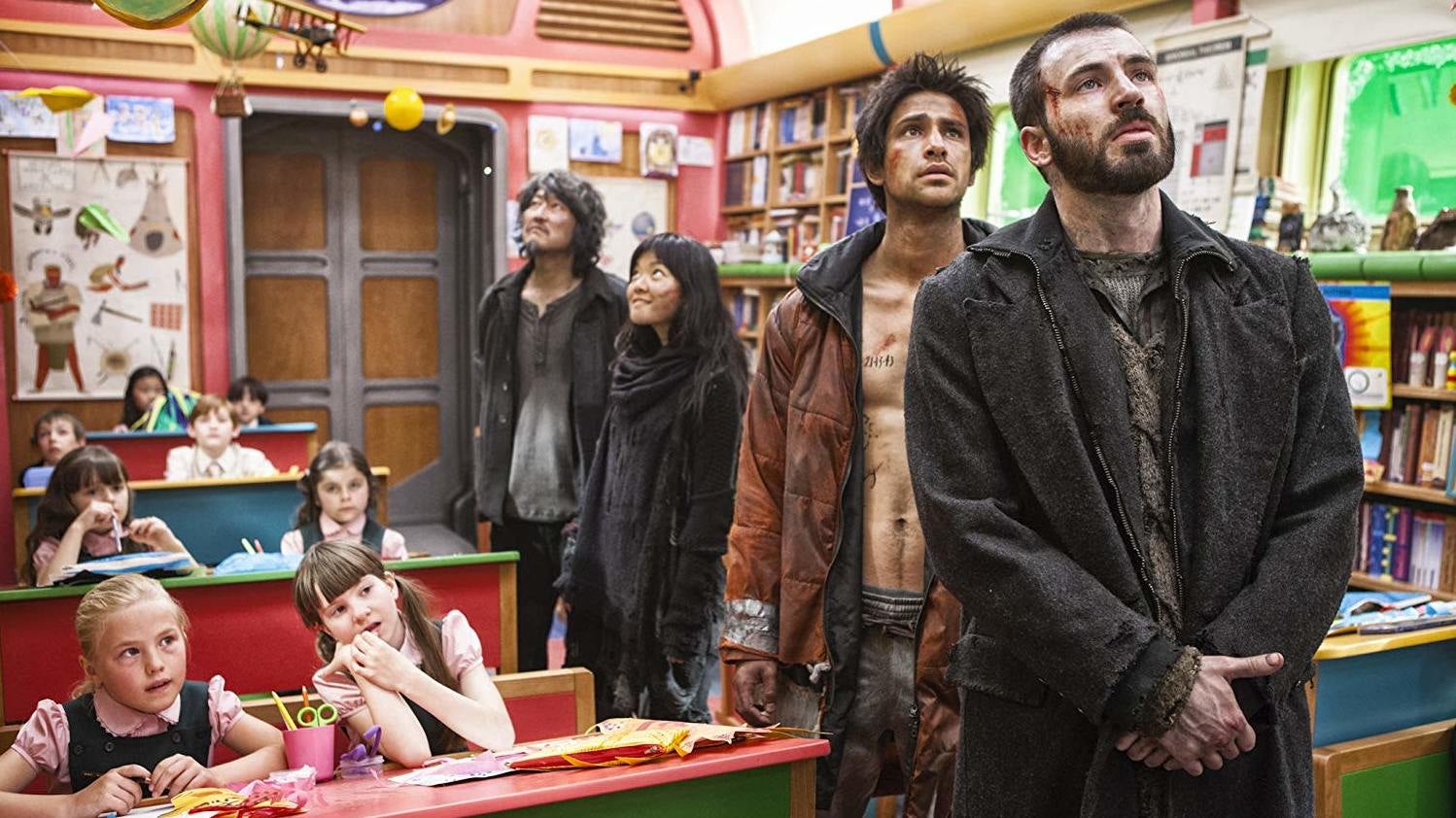 Rachel Orlove, watched the movie for the first time last week: The plot of Snowpiercer is simple. In a world where climate change has reduced the population of humanity to just the few hundred souls, the ultimate train-loving aficionado, the model train extraordinaire, the king of all gauge, the alpha, the omega of all Train Guys, successfully traps the entirety of humanity into his sick and twisted train world where he rules above all, ideally even beyond death. There has never been a clearer and better picture of how Train Guys see the world: disorderly, chaotic, and in need of their firm but loving guidance on how to stick to the rules and just look at how great their trains are.

Aaron Gordon, hasn’t seen the movie since it was released but rides trains regularly: I agree, Raph, the plot of Snowpiercer is simple: in a world where cars have rendered the planet uninhabitable, a train is humanity’s only salvation. Being on the wrong side of history has its consequences, like eating bug bars (or worse) for the rest of your life. Don’t want that fate? Take the train, fuckos. 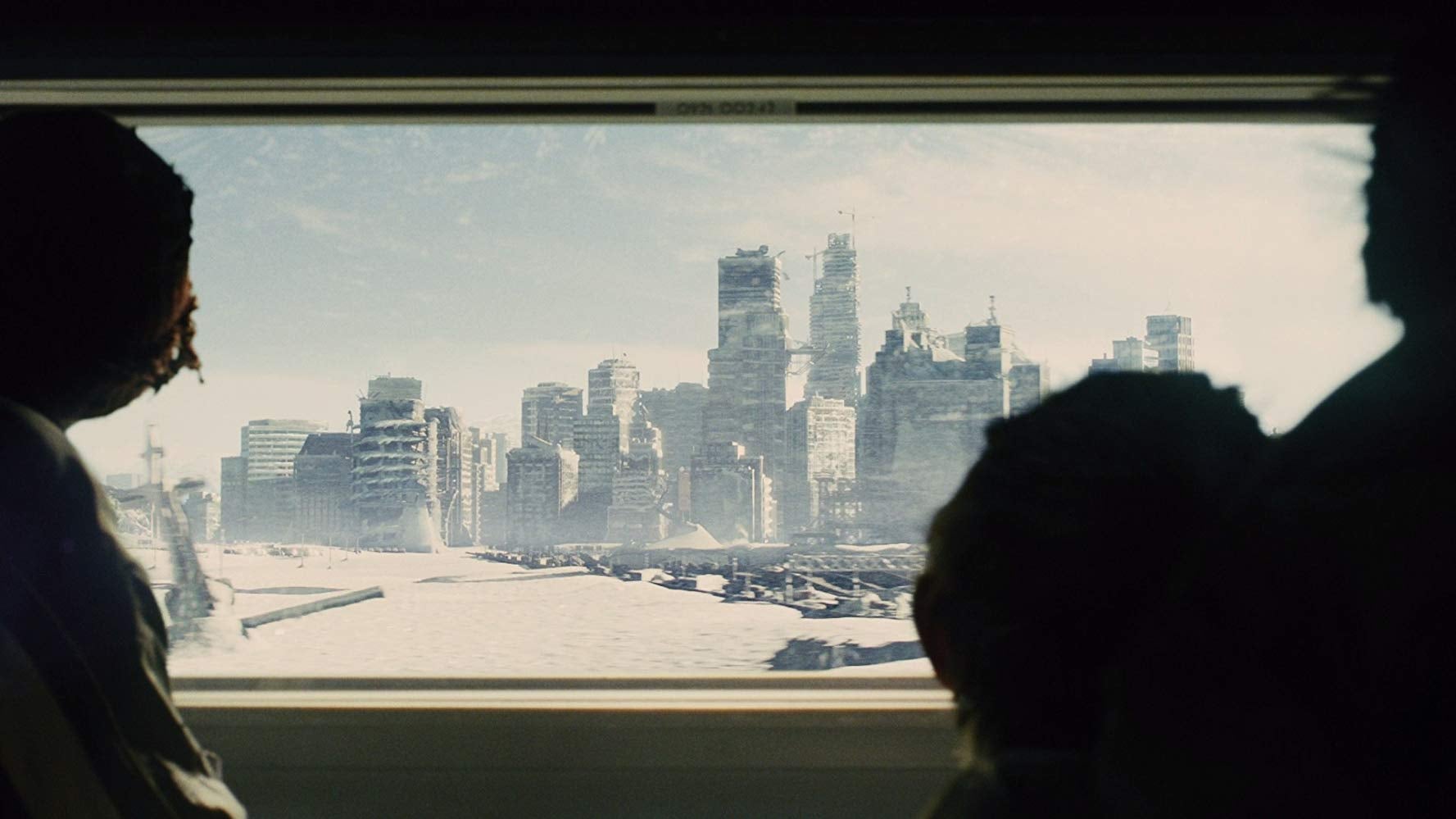 RO: To elaborate, the way Snowpiercer plays out is that humankind has finally figured out a way to repair the climate damage done by all of the cars, planes, factories, coal-burning power plants, etc. by cooling us down with chemtrails, dusting the atmosphere with freon or whatever. The only living survivors are those who boarded a superluxury train designed to run on a never-ending track, powered by a never-exhausting engine. You think, oh cool, it’s some nuclear-powered train that some British Elon Musk invented. 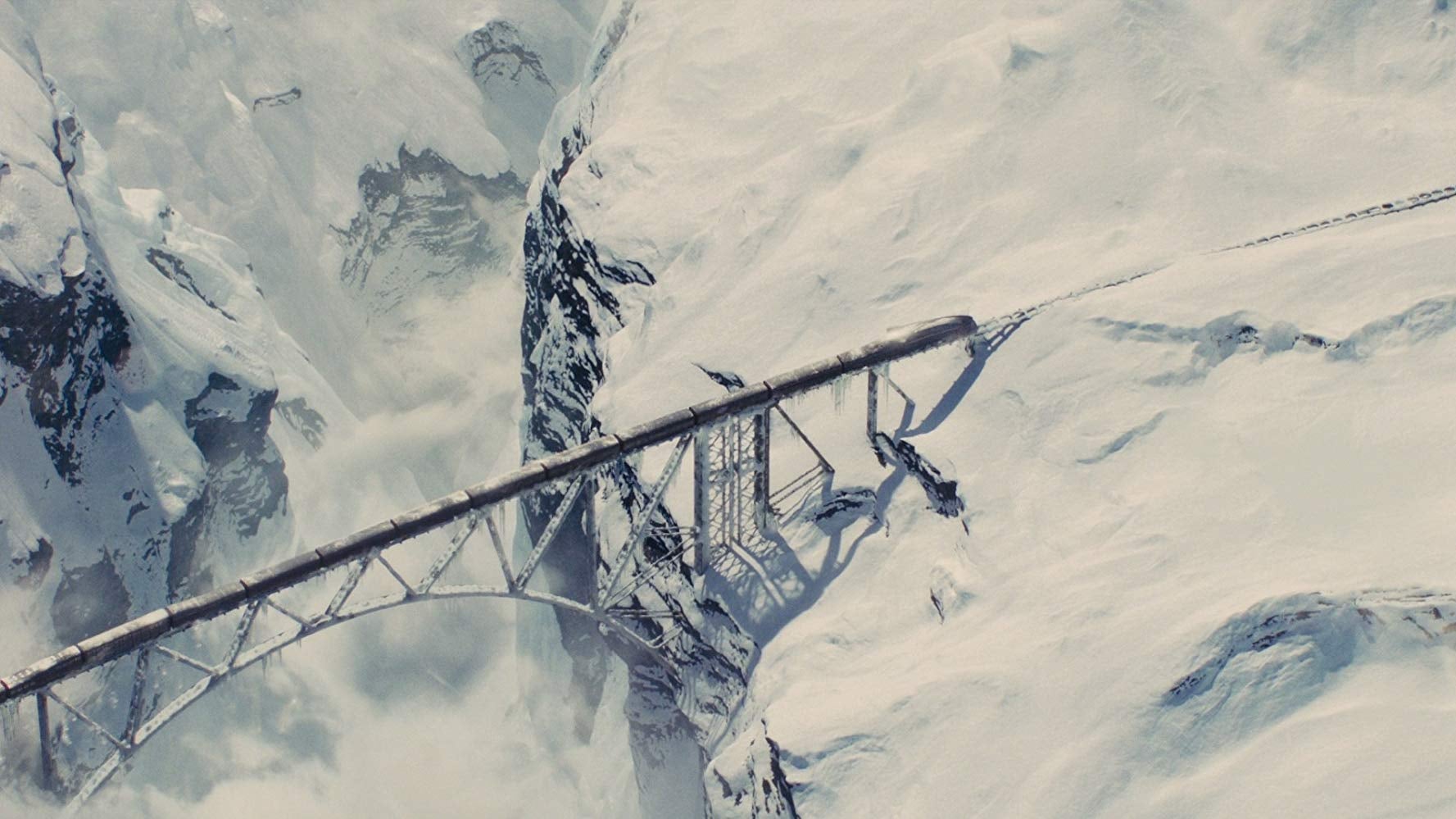 This is not far from the truth, as the indefatigable engine cannot run without small children fixing it constantly with their small hands and arms. It’s not a post-industrial train, it’s some industrial revolution shit. The whole train works like that. Much in the same way startups regularly re-invent the bus, the train doesn’t found a new high-tech utopia; it’s a plantation.

What’s more, over the course of the film you realise that it’s not so much convenient to the people in power that everyone has to follow the rules on the train, it’s that we really could live outside this train and the people in power are doing everything in their power to keep everyone else in line.

This is classic Train Guy thinking. If they even got a moment where they could seize power and get everyone on their system, where they were right all along, they would take that shot in a second. This is because the world mocks Train Guys, laughs at them, not with them. This is even put right in the damn film. The characters enter a school train, where children are brainwashed into thinking the main Train Guy knows all there is to know. They give him a little backstory video, explaining that yes, they all laughed at him:

This is not an indictment of Train Guys so much as it is an explanation that they see that they are the one truth, one track, and all others lead to death and derailment.

AG: Your precious cars, Raph, do lead to death: Some 1.25 million around the world every year, more than global deaths due to malaria and HIV combined, and 36,750 in the U.S. alone last year, to say nothing of the millions of injuries every year. Meanwhile, 834 people were killed due to trains in the U.S. last year, nearly all of them freight. “All others lead to death and derailment?” Spot the lie. Is the above Wilfried Express that better world? No, it is not. The routing along the Arctic Circle is bizarre. The bridge from Venezuela to Cuba and then to Florida makes no goddamn sense; why not just single-track it back up Central America, since you’re the only goddamn train left in the world? Why does this route miss what appears to be all of China and the vast majority of India, not to mention the populous West Africa?

If there is any common link between the Train Guys, it is the fact that no train is ever good enough, no routing ever sufficiently efficient. To be a Train Guy is to never be satisfied with your own creation or that of others.

This is the big tell about Wilfried; he is adamant of his own perfection when, in fact, Train Guys are drowned in a perpetual sea of inferiority and doubt. Even a train full of worshipping acolytes would not be enough to sufficiently assuage the deep-seated insecurities of the Train Guy. Wilfried is no Train Guy. He is a fraud.

Wilfried is not a Train Guy in the same way that Elon Musk is not a Car Guy. He devised this project for his own megalomaniac ends, because he wants to be a Saviour. He couched his ambitions as those for the greater good to garner support. Yes, Elon Musk makes cars and Wilfried runs a train, but neither are Guys of the transportation medium they purportedly covet.

And that is Snowpiercer’s point, is it not?

In the end of the movie, our “heroes” derail the train under the suspicion that, wait, it’s cold out there, but life actually can survive in its frozen wastes, and out there is better than in here. A single polar bear looks down on the wreckage, proving that life finds a way, and will probably eat the last remaining humans a few minutes after the credits roll.

We are told life outside the train is unsustainable, when in fact it is life inside the train that cannot go on, not for technological reasons but for moral ones. Similarly, capitalists insist their economic system is the only viable one, but it is a system that cannot continue in its present form, not for technological reasons but for moral ones. At the turn of the 20th Century, Train Guys were society’s greatest manifestation of that unsustainably inequitable system. Today, it is Car Guys.

RO: With each passing word, I am becoming more convinced that if it was you crawling out of the wreckage of that train, you’d be wondering how to rebuild it, but better this time. And more egalitarian. Start a new society, for sure, but let’s not tear up that sweet gauge.

AG: The 20th Century’s greatest mistake, other than not killing young Hitler, was tearing up all that sweet, sweet gauge. It’s not only a pleasure but an honour to have a mainstream movie that recognises that.