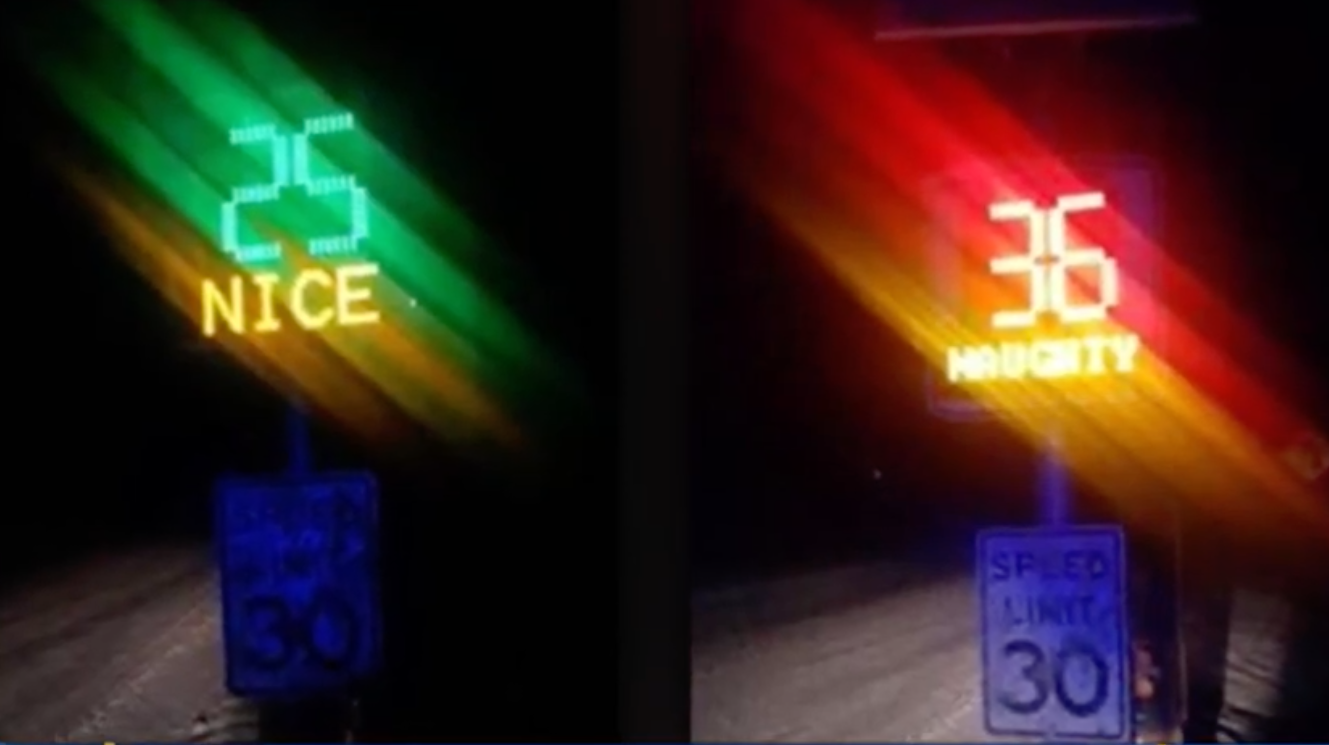 Forget the Elf On The Shelf, if you’re worried about ending up on the wrong list this week, you better keep an eye on your speedometer. Up in Chester, Vermont, the local police department has modified its radar-enabled speed limit signs to let you know whether your driving could land some coal in your stocking.

Apparently, the displays on the signs can be changed to display different messages than the usual “SLOW DOWN” you might see flashing if you’ve driven past at any speed above the marked limit. With a nod to the season, the police department will let you know just how “NAUGHTY” or “NICE” your driving is when you pass by.

While the signs certainly are imaginative, they are not the first if their kind. CNN reports that the town has implemented the seasonally-themed signs after three years of positive results in a neighbouring town.

There’s still no data on whether the change has had any impact on road safety in Chester thus far, and we won’t be able to know for sure whether the sign has any impact on gift-receiving until later on this week when boxes are unwrapped.

Whether it really does keep Vermont’s speeders at bay during the rough winter weather and traffic of the holiday season remains to be seen. Perhaps it’ll be the beginning of a new tradition. Or at least the source of another grievance to air come Festivus.