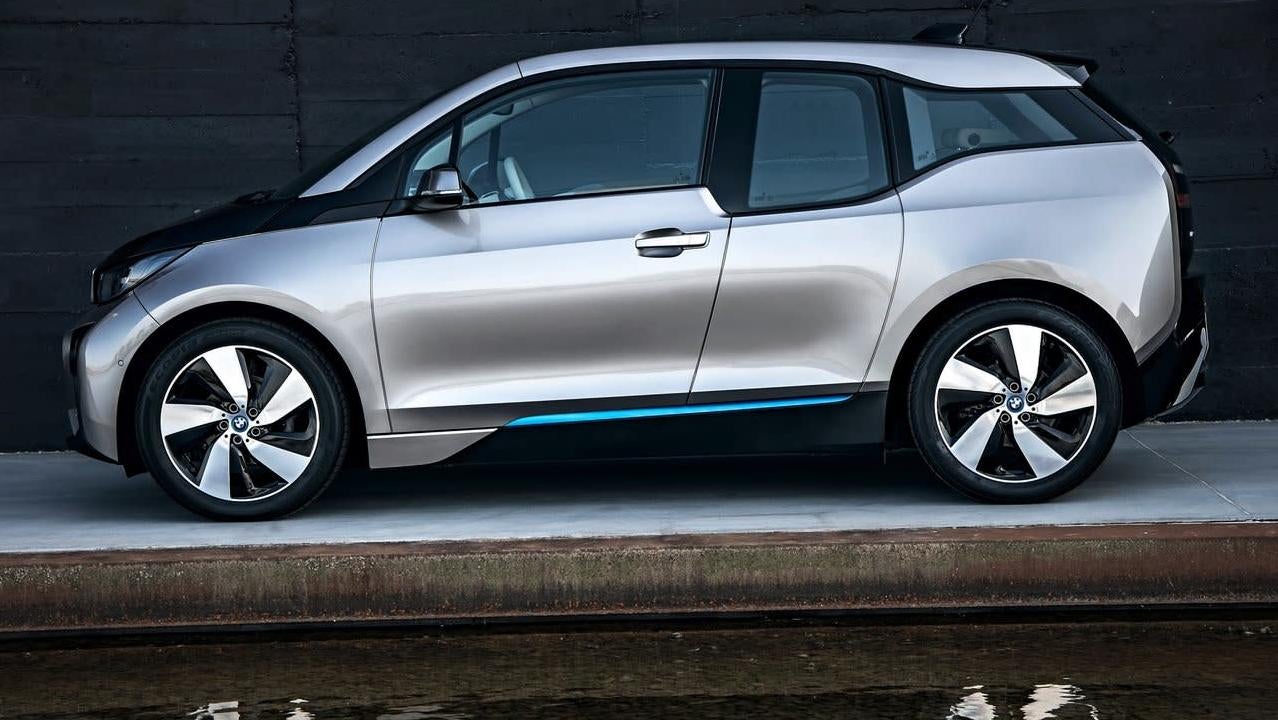 
To catch you up, a range-extending hybrid, also known as a series hybrid powertrain, like the i3 REx is driven by an electric motor powered by batteries, just like an electric car. The difference is that it includes a combustion engine, too, which isn’t connected to the driveline but instead burns fuel to charge the battery to power the motors.

This extends the range beyond the limited capacity of the battery, easing range-anxiety and offering one of the most versatile powertrains on the market. It’s a very rational setup for a vehicle trying to be more efficient.

But BMW is moving on from it, according to Jan Freimann, an e-mobility manager at the company, via Green Car Reports:

﻿“It has no future,” replied Jan Freimann, BMW’s manager for connected e-mobility and one of the company’s battery experts, in a presentation on battery technology and procurement last week at the LA Auto Show.

“The idea behind the range extender really helps people to get over range anxiety,” he explained, and it helped keep BMW from being reliant on big battery packs. “With a range extender you always had the feeling like ok, I’ve got a backup solution.”

Things have changed, though. With the build-up of DC fast-charging infrastructure from Ionity in Europe, Electrify America in the U.S., and others, “there’s really no need to be afraid,” Freimann added.

For BMW, the improvement in energy density of lithium-ion batteries over the last six years has been significant enough to convince it there’s no need for a range-extending hybrid anymore.

On paper, that checks out. The 2019 BMW i3 now has an EPA-estimated range of over 150 miles (240 kilometres), which slightly exceeds the i3 REx’s estimated range. If you can get just as much mileage from a battery as you can from the range-extender, why bother?

I imagine BMW is also looking at this as a way of reducing the number of powertrains it offers, which also happens to reduce manufacturing complexity and streamlines everything, lowering costs. It also helps them push an all-electric brand position they’re now striving for. That’s great for business and a fair move to make.

But I still believe in the range-extender, and the first reason should be obvious to anyone paying attention.

If battery technology has improved, why can’t it carry over to a range-extending hybrid powertrain as well? If batteries now have more capacity, why not package an updated i3 REx with an improved battery module while keeping the auxiliary combustion engine to make a super-range hybrid?

But a second argument in favour of doing such a thing is the inherent versatility of a range-extender. The issue with EVs still comes down to their feasibility as being the only car in the garage. Sure, 240 kilometres is more than enough for the average daily commute of the average person.

But if you only have the cash for one car, and let’s say you want to drive the 480 kilometres to go see your family, you need a second car or a significant pit stop, depending on the infrastructure. The global infrastructure just isn’t enough yet to justify a pure EV for a one-car household—one of the many breaking points for replacing combustion engines altogether.

But with a range-extender, I can drive on EV power alone for my daily commute, reducing local pollution, likely saving a little gas money, and if I decide to go on an abrupt soul-seeking drive with no set destination, I can still fuel up with the most plentiful energy source in the country—gasoline. And it won’t take me half an hour to do it.

The range-extender frees me to go wherever I want while being more efficient and likely saving me a little pocket change. It’s still a good deal.

And finally, I think continuing to explore range-extending hybrid tech is an investment for the future. There’s still a significant chunk of the industry, including Hyundai, Honda and Toyota, that believe hydrogen fuel-cell technology will be feasible and a better alternative to combustion engines and electric powertrains in the next couple of decades.

Hydrogen cars are essentially range-extending hybrids! Instead of a gas-powered combustion engine generating energy for the batteries to power the motors, a hydrogen fuel cell converts hydrogen into electricity which is stored to power an electric motor to drive the car.

If the supply demands of electric vehicles becomes too significant, like a lithium shortage, in the next couple of decades, or if the technology hits a wall and energy density improvements diminish, automakers are going to have to turn around and again revamp their entire lineups to a new propulsion system.

Those companies that stuck with hydrogen development will hopefully have worked out the complex engineering and infrastructure issues holding the tech back today, but companies that kept developing range-extending hybrids will find it easier to adapt as they’ll already have a platform for a fuel tank, battery and motor.

So while BMW may be throwing its weight behind fully electric vehicles looking at the benefits of the technology in today’s context, it still won’t have a solution for the one-car household until the tech advances. And if something goes awry in the next couple of decades, companies sticking to hybrid tech, like Nissan with its e-Power system, may find it easier to face the storm.

But even without looking too far into the future, I don’t think a super-efficient range-extending hybrid with modern battery tech and a significantly longer range would be a hard sell as long as it didn’t look like poisonous insect.