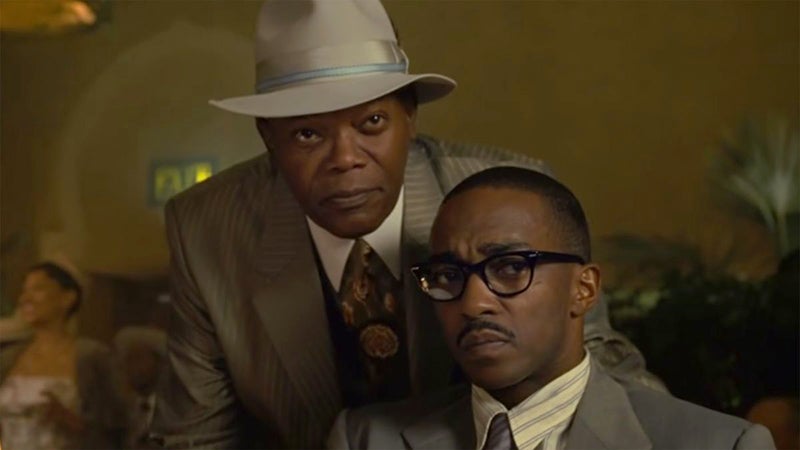 Apple has pulled its Samuel L. Jackson-starring film The Banker a day before it was set to premiere at a Los Angeles film festival, reportedly over allegations of sexual abuse by the son of a man on whose life the film was based.

The Banker is inspired by the lives of real-life businessmen Joe Morris (played by Samuel L. Jackson) and Bernard Garrett (played by Anthony Mackie) who seek to empower African Americans and business owners. In order to work around the racist establishment of the mid-twentieth century, the men enlist an inexperienced and business unsavvy white man (Nicholas Hoult) to be the face of their banking and real estate business.

The film was set to premiere at AFI Fest on Thursday, but Apple announced Wednesday it was pulling the film from the festival lineup, citing “some concerns.” Apple said in a statement, per Deadline:

We purchased The Banker earlier this year as we were moved by the film’s entertaining and educational story about social change and financial literacy. Last week some concerns surrounding the film were brought to our attention. We, along with the filmmakers, need some time to look into these matters and determine the best next steps. In light of this, we are no longer premiering The Banker at AFI Fest.

The Hollywood Reporter, as well as other outlets, reported that those concerns stem from allegations of sexual abuse by Garrett’s son (Bernard Garrett Jr.) of his two half-sisters over a period of several years during the early 1970s, at which time Garrett Jr. reportedly lived with the family. One of the women, Cynthia Garrett, has reportedly been addressing the alleged abuse privately in women’s groups and made Apple aware of the claims through a lawyer.

She has also reportedly addressed abuse in a 2016 self-published book Prodigal Daughter: A Journey Home To Identity and in a forthcoming title from Salem/Regnery Books that’s slated to release in 2020.

Back in September, Variety reported that the film was set for a limited release starting in December before arriving on Apple TV+ in 2020. According to the Hollywood Reporter, Garrett’s son Bernard Garrett Jr. was to be a prominent part of the film’s promotion alongside its award-winning stars but has since been pulled from promotional materials and scheduled public appearances.

Neither Apple nor AFI Fest immediately returned requests for comment.