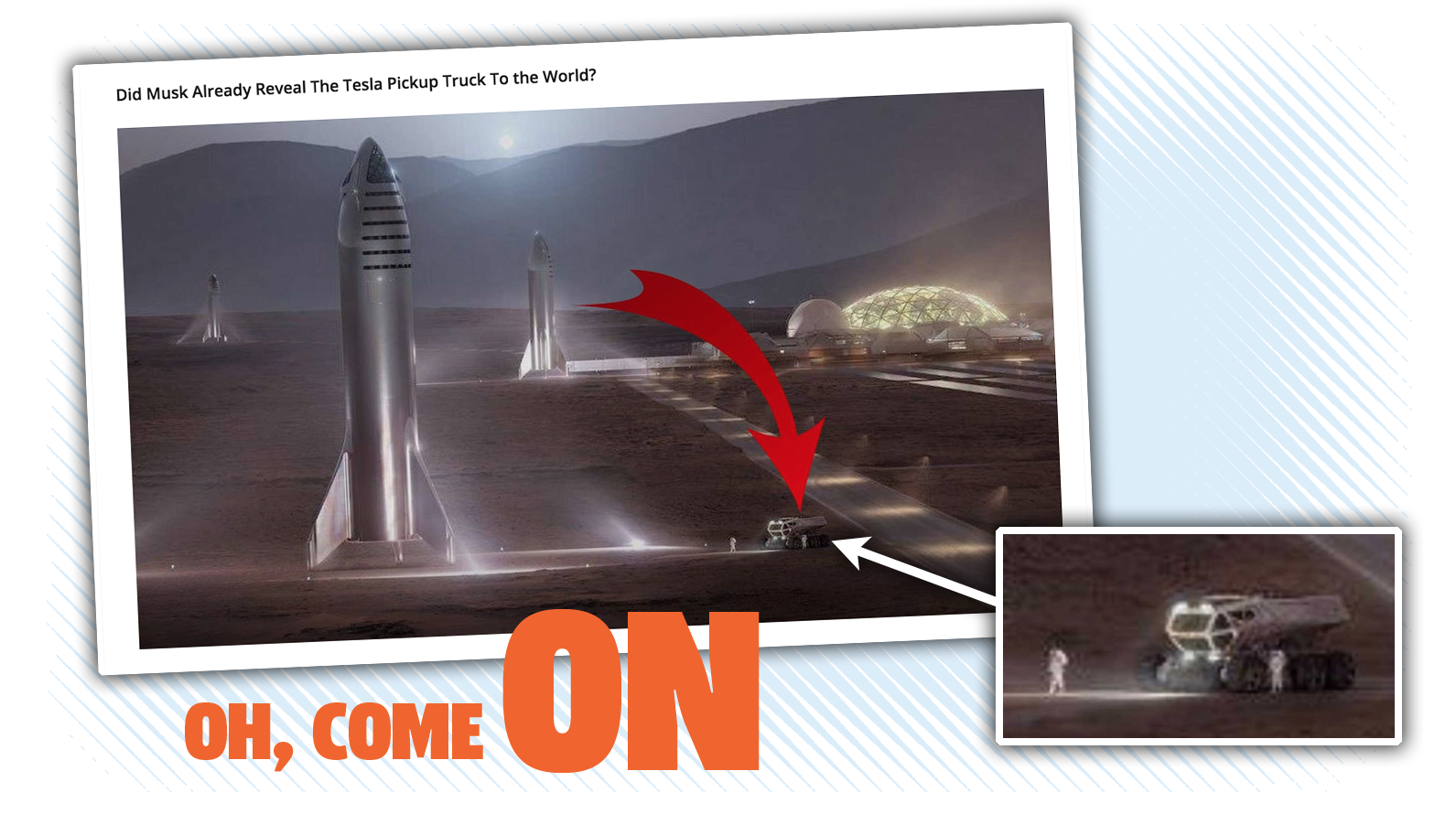 What are you doing, InsideEVs? Are you really that thirsty for Tesla truck clicks? Is there a gas leak at your offices? Because I’m having trouble figuring out why the hell else you’d point out what is clearly a Mars rover image and speculate that it may be the new Tesla truck. It’s got six colossal wheels and it appears to be pressurised. Oh, and it’s a fucking Mars rover.

Jeezis, this tweet is months old, even. Nothing about any of this SpaceX tweet has anything to do with Tesla’s upcoming truck. I didn’t think things could get much more absurd than last week’s shitty render, but here we are.

The teaser image looks nothing like this. Elon’s tweet that it’ll resemble “an armoured personnel carrier from the future” don’t apply here, since this image is of a Mars rover.

Cybertruck doesn’t look like anything I’ve seen bouncing around the Internet. It’s closer to an armored personnel carrier from the future.

The rover in that SpaceX tweet actually looks a lot like the rover used in The Martian, the 2015 movie about potato farming with human wastes on Mars: 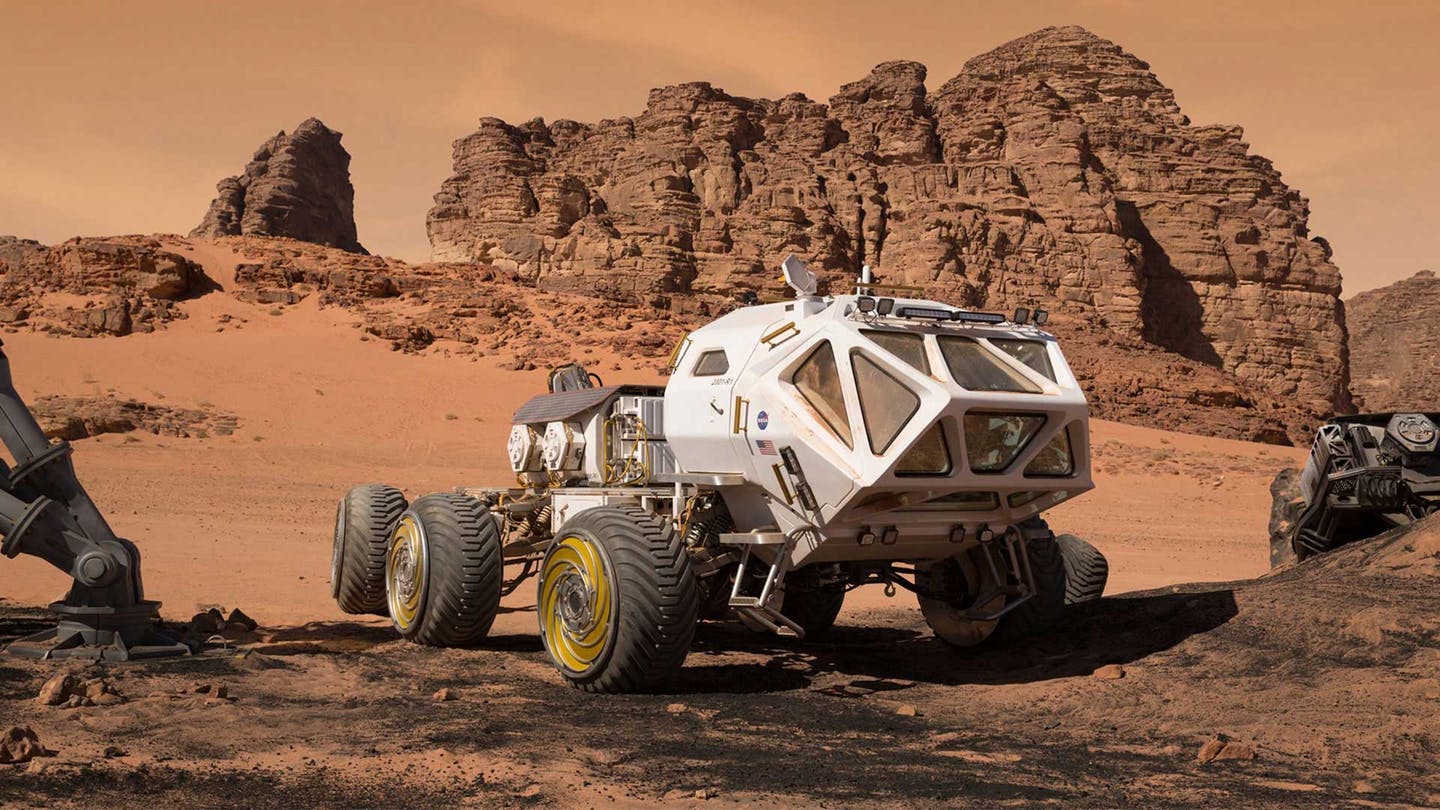 There. What an amazing render of the new Tesla Truck! Holy crap!

Seriously, InsideEVs: this is ridiculous. Get a grip.