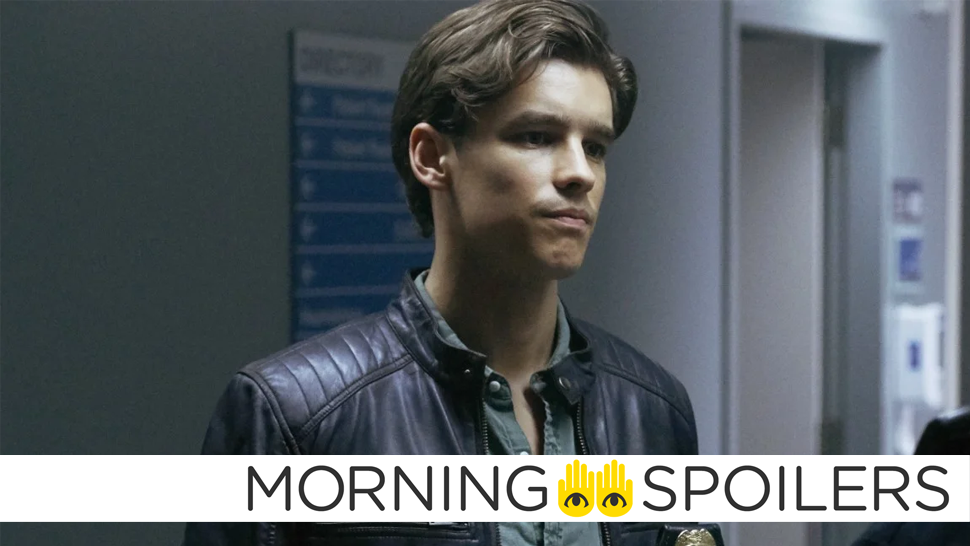 Put this man in a black and blue suit that shows off his butt already, <em>Titans.</em> (Photo: DC Universe)

Another familiar face is back in action for Arrow’s last season. Jessica Lange is pretty much done with American Horror Story at this point. The CW has set its sights on The Archive for its next YA adaptation. Plus, what’s to come on The Purge and Nancy Drew, and Batman hunts down the deadliest game of all: the Scooby Gang. To me, my spoilers!

Willa Holland will reprise her role as Thea Queen for Arrow’s final season as a recurring regular, according to TV Line.

Meanwhile, Jessica Lange revealed to The Wrap she has no plans to return for future seasons of American Horror Story.

I don’t think I would want to start from scratch and create a character. And also I think a lot of the actors that I was working with, people that I really love working with, like Sarah [Paulson] or Frances [Conroy] or Kathy [Bates] — I don’t know who’s in this new season, but I don’t think it would be the same.

We also have a “this season on…” trailer from this week’s premiere of American Horror Story: 1984.

Variety reports the CW plans to adapt V.E. Schwab’s YA series, The Archived, into a new series from Jane the Virgin’s Liz Sczudlo and Jennie Snyder Urman. The story concerns a pair of ghost-hunting sisters at loggerheads after the eldest, Bex, is unexpectedly passed over for the familial power set, which are instead transferred to her weather reporter sibling.

Quibi is also planning a new series based on James Patterson’s novel, Toys, from executive producer Melinda Hsu Taylor (Lost). The story is said to follow a young woman “who finds herself, and her heart, caught between” a society ruled by DNA-enhanced “Elites” and its unaltered, lower-class “Basics”. [Deadline]

The fourth, fifth and sixth episodes of Titans’ second season are titled “Aqualad”, “Deathstroke” and “Conner”, respectively — so you can sort of guess what they’re about.

Elsewhere, a pair of newly-leaked set photos reveal Nightwing and Ravager in costume.

It’s revealed Alfred may-or-may not have familial relations with Daphne in a new clip from this week’s episode of Scooby-Doo.

Twelve hours of legalised murder isn’t nearly enough for some people in a new trailer for The Purge season two.

Finally, even Nancy Drew is a suspect in the latest promo for her new CW series.