Nearly 3,000 Recalled Brand New BMWs And Minis Have Just Been Sitting In An Auction Yard For Over Four Years 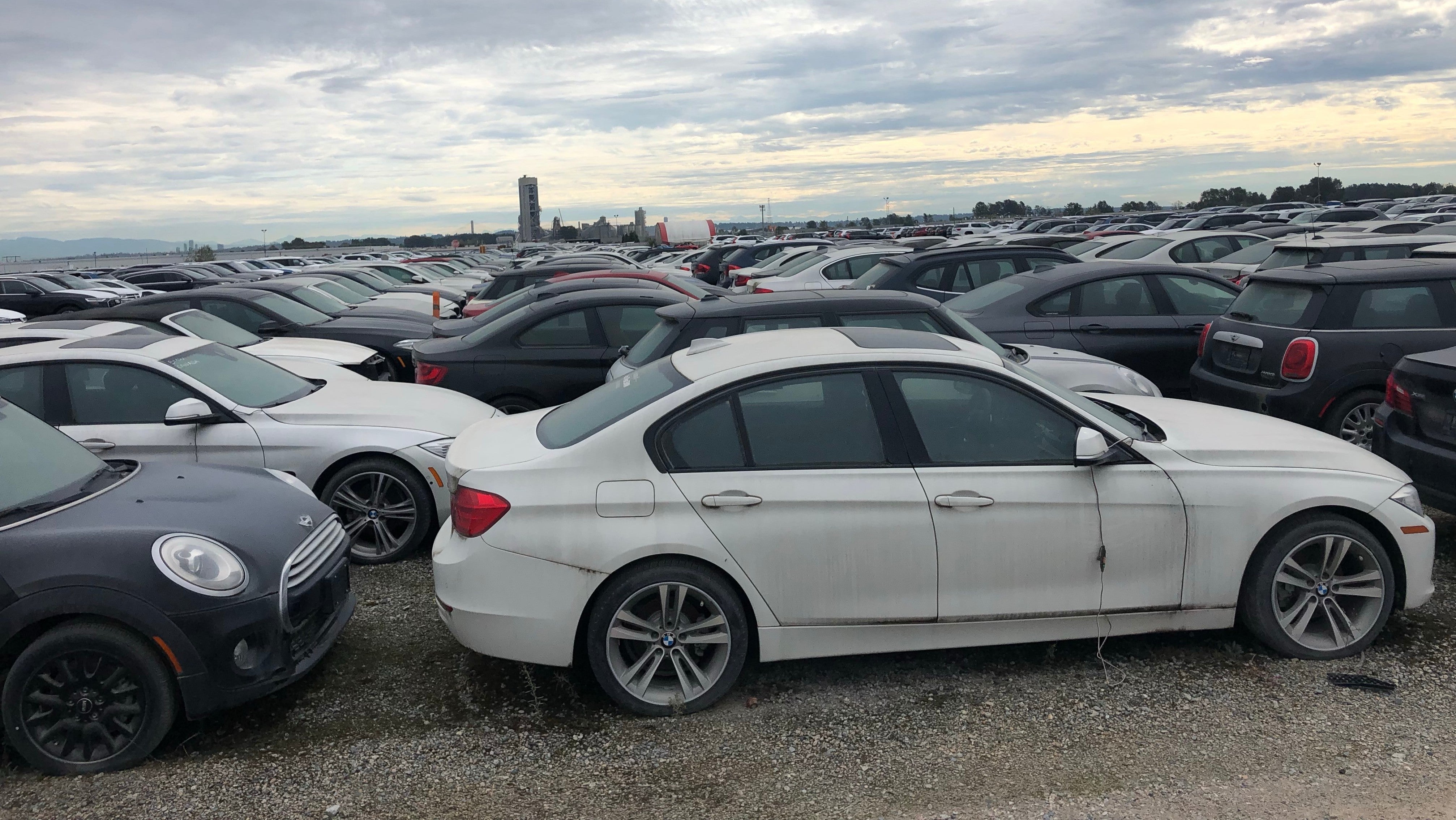 If, by random chance, you may have wandered over to the ADESA salvage yard in Vancouver, British Columbia anytime over the last four years, you would have discovered a field of nearly 3,000 seemingly brand-new BMW and Mini models parked bumper to bumper, just rotting away.


A reader who sent photos of the cars in the salvage yard has done exactly that a few times over the last couple of years, and every time the cars appear a little sadder. Back in February of 2015, a rough winter storm rocked Halifax port just as a fresh shipment of 2014 and 2015 model year BMW and Mini cars had arrived, as reported at the time by CBC.

Due to the extensive “exposure to standing water and salt for an extended period,” Transport Canada — the transportation regulatory department of the Canadian government — issued a recall for the 2,966 vehicles in port affected by the storm back in 2015.

The cars have been sitting at ADESA Vancouver, a salvage auction yard, ever since. According to the official recall, the Mini models were determined to be at increased risk of crash due to “corrosion at the starter motor power supply cable connectors, which could lead to the inability to restart the engine following an engine shutdown by the start-stop (MSA) system.”

The same recall determined the BMW models were at increased risk of crash because “lubrication of some internal components within the steering rack may have been exposed to excessive water or salt which could result in higher than normal steering effort or steering binding.” 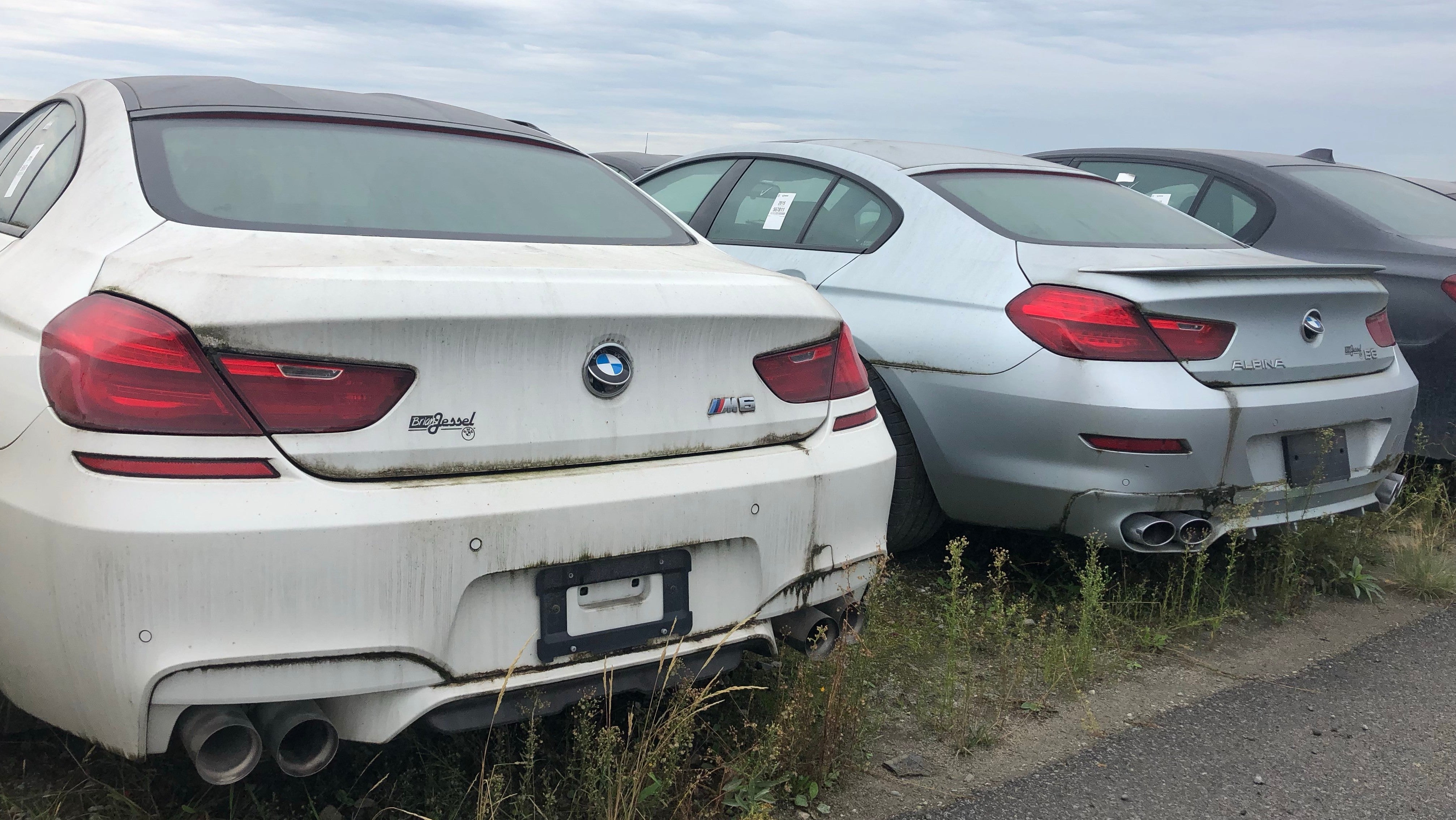 This week, BMW of Canada sent Gizmodo the following statement in response to the situation:

While we cannot confirm without seeing individual VINs, it appears that the vehicles pictured may be among those involved in the Port of Halifax recall.

This recall was implemented in conjunction with Transport Canada. It was issued due to risks relating to the exposure of certain vehicles to excessive standing water or salt for an extended period of time at the port of entry in Halifax in 2015.

It was deemed that this exposure could result in a number of issues including, for example, damage to electrical systems.

All vehicles subject to the recall were removed from service. BMW and MINI retailers worked with affected customers to replace their vehicle with a new vehicle as quickly as possible.﻿

The photos Luke sent show some M models, including an M4 and a few M6s. That’s a lot of good car just sitting there going to waste. Why hasn’t somebody started a spec salvage racing series with these yet? Can we try?