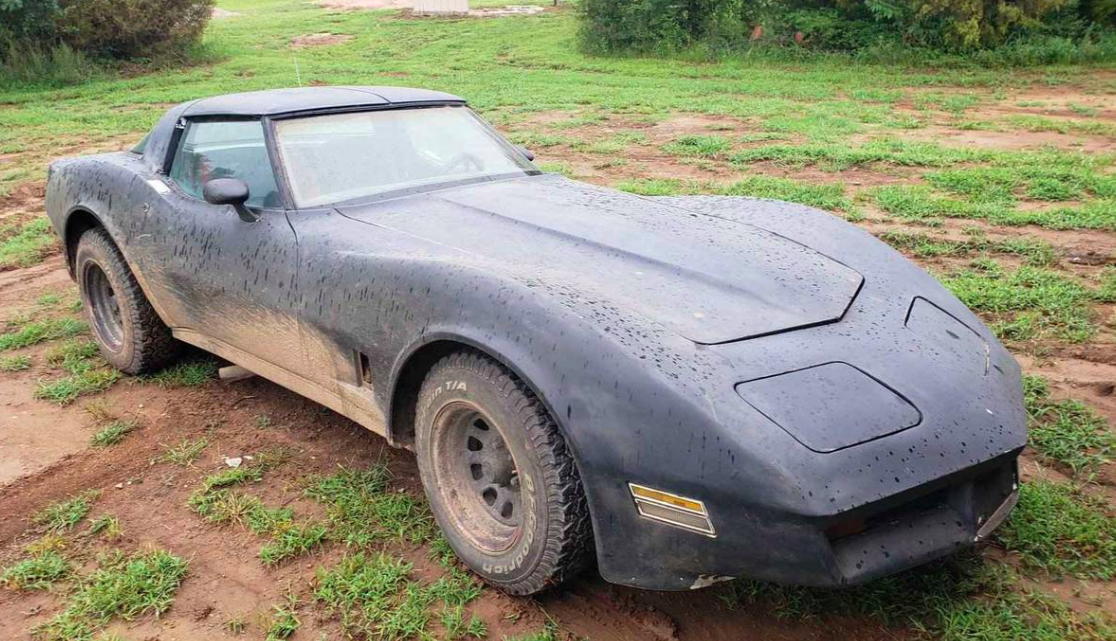 When the C8 Corvette debuted last month, I bet many of us were deeply disappointed that its 490 horsepower V8 engine was not a much, much less powerful, heavier, less-refined diesel motor. But there’s good news, because a compression-ignition Corvette does exist, though it wasn’t built by GM, but instead by a teenage farmer in Kansas, who’s now older and has the vehicle listed on Craigslist.


“Speaks for itself” reads the email I received from a reader named James, who sent the Craigslist post for a 1980 Diesel Corvette. In some ways, James is right; the photo and description show a C3 Corvette with a diesel engine in it. Specifically, that engine is a 6.2-litre, and — per the listing — it and a 700R4 four-speed transmission came out of a Suburban. Also, this car apparently needs some work, like wiper repairs, a new heater core, and a window switch.

But, because the greatest joy of my job is interacting with car enthusiasts with different backgrounds, I called the owner up anyway to get some more backstory. His name is Scott Ray, and he’s a 28 year-old farmer from Winfield, Kansas who, about a decade ago, bought a white C3 Corvette. 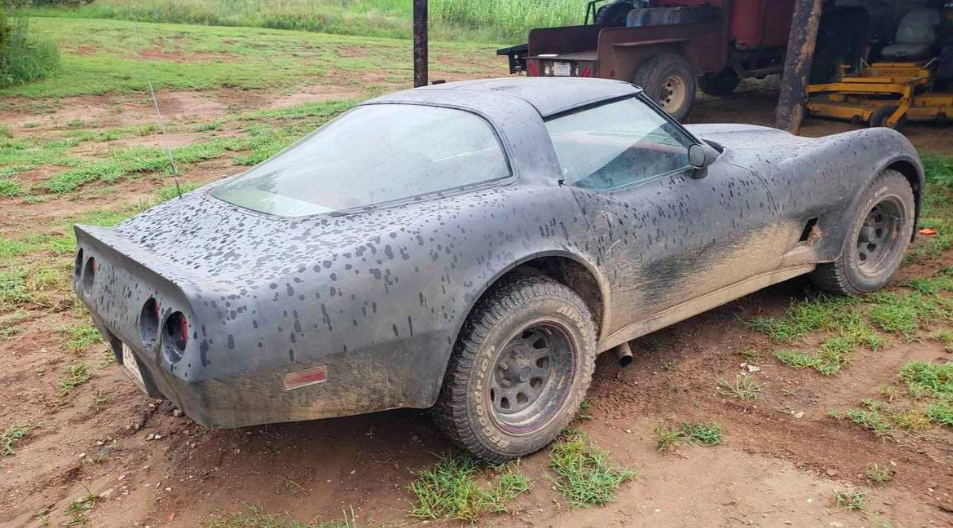 He drove it to school for about six months before the engine started going out, Ray told me over the phone. The Kansas man — who says he spends nine or 10 months of the year on the farm, and also does other odd jobs as a mechanic — said that this meant only one thing: It was diesel time. “I’m a big fan of diesel engines,” he told me. “I knew I needed a new engine, and I hate putting another gas engine [in].”

“I did some research,” he continued, “and found out that a 6.2 would bolt up to the same motor mounts.” This was a good thing, because, having heard many times from his dad just how fuel efficient his grandpa’s 1980s diesel Suburban was as it cruised from Kansas to the grandparents’ house in Nebraska, Ray was in love with the idea of diesel commuter.

“I wanted to build a reliable daily driver that got good fuel mileage,” he explained. His aim was 35 mpg, which would have been a huge step up from the 10 mpg he was seeing in the first truck he ever owned, a 1979, 460 cubic-inch V8-powered Ford F-250.

So Ray went out on a quest to find a motor, specifically that 6.2-litre. “They’re reliable engines, they get good fuel mileage, and they start good in cold… and they’re fairly… cheap and plentiful,” he told me.

Eventually, Ray snagged that mill from a member of the military on Fort Leavenworth, though it came bolted to a 1987-ish Chevrolet Suburban with a rusty, dented body and no reverse gear. After handing over $US700 ($1,039), Ray drove the ’burban home, thrilled that he’d scored a nicely-running engine with no blow-by and only ~120,000 miles for so cheap. 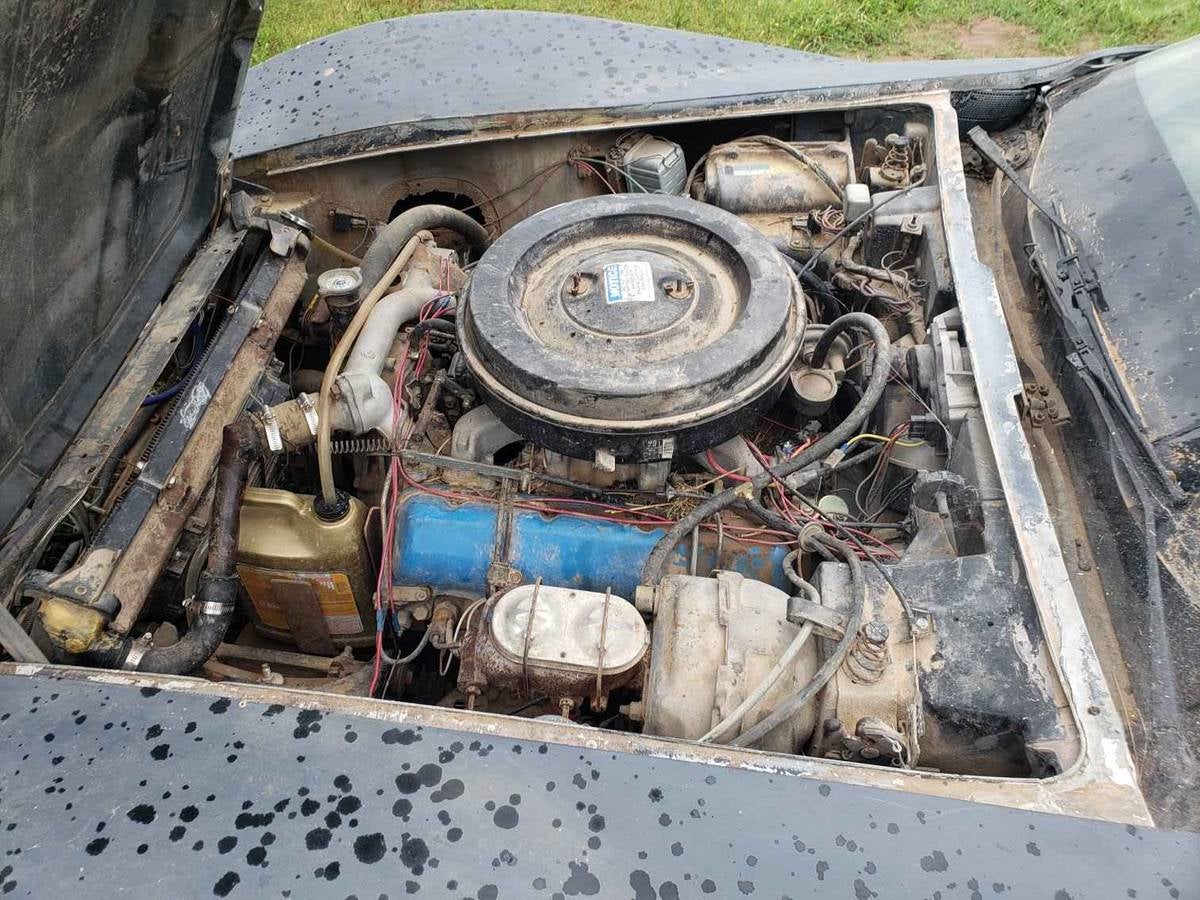 Though the transmission later needed a rebuild, it was a 700R4, which is a four-speed, with the top gear being an overdrive. This is what Ray wanted, as the ’vette’s old three-speed wasn’t going do the vehicle any favours with gas mileage.

In addition to having the trans rebuilt, Ray — who comes from a long line of handymen — went through the motor, replacing gaskets, seals, and main bearings. He also had to fabricate a new crossmember to accommodate the new transmission, but other than that, the diesel engine installation — which he completed when he was either 19 or 20 — apparently wasn’t too bad.

The stock motor mounts worked fine, and it took Ray about a year to get the vehicle driving, though the lights didn’t work, and the throttle linkage interfered with the hood.

Eventually, he bought a 2008 Ford Mustang Bullitt, and, well, you can probably guess what happened after that: “I sorta lost motivation on the Corvette, so it sat in the barn at the farm for like eight years.”

So the car remained in the shed until roughly 18 months ago, when Ray’s sister moved into his parents’ old house and asked Ray to move the vehicle out. Ray installed the hood, bolted up an exhaust, got the lights working, installed new wheels and tires, and rattle-canned the C3 the black colour you see in these pictures. “The body is nothing special,” Ray admits. 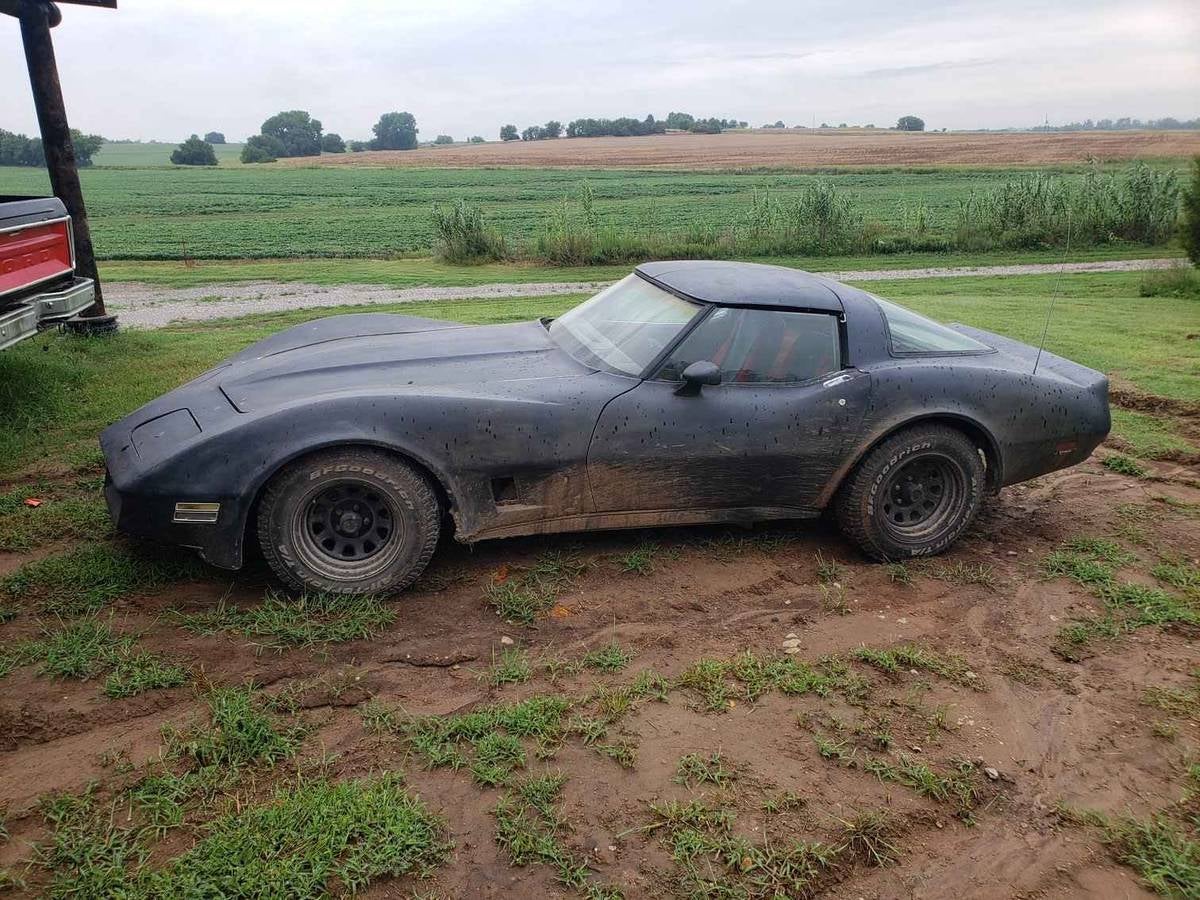 The tires are all-terrains, as you can probably tell in the picture above. “That was my plan, just to make kind of a beater out of it, but one that was reliable and got good fuel mileage.”

Ray’s been driving the diesel Corvette around for a year, and though he’s had some issues with the wipers, the driver’s door latch, and electric windows, he did say he got roughly 35 mpg doing 129km/h on a round trip from Winfield to Topeka — he says it was approximately 644km.

But Ray is selling his Frankenstein Corvette because he’s got other things to work on. “I’d rather spend my time on some other projects.” he told me, saying he’s been building his own shop, and that he has plans to put a Cummins diesel into his old F-250.

He realises he’ll likely lose money on this sale, but he also doesn’t have to get rid of the beater ’vette, saying: “If I can’t get what I want out of it, I’ll keep it, and fix it up eventually.”

Ray is hoping to get $US4,000 ($5,939), which at least at first blush, seems a little high for a project car like this one, but a bit of body work and a few coats of paint, and who knows, this diesel Corvette could be a slow but fuel efficient masterpiece.