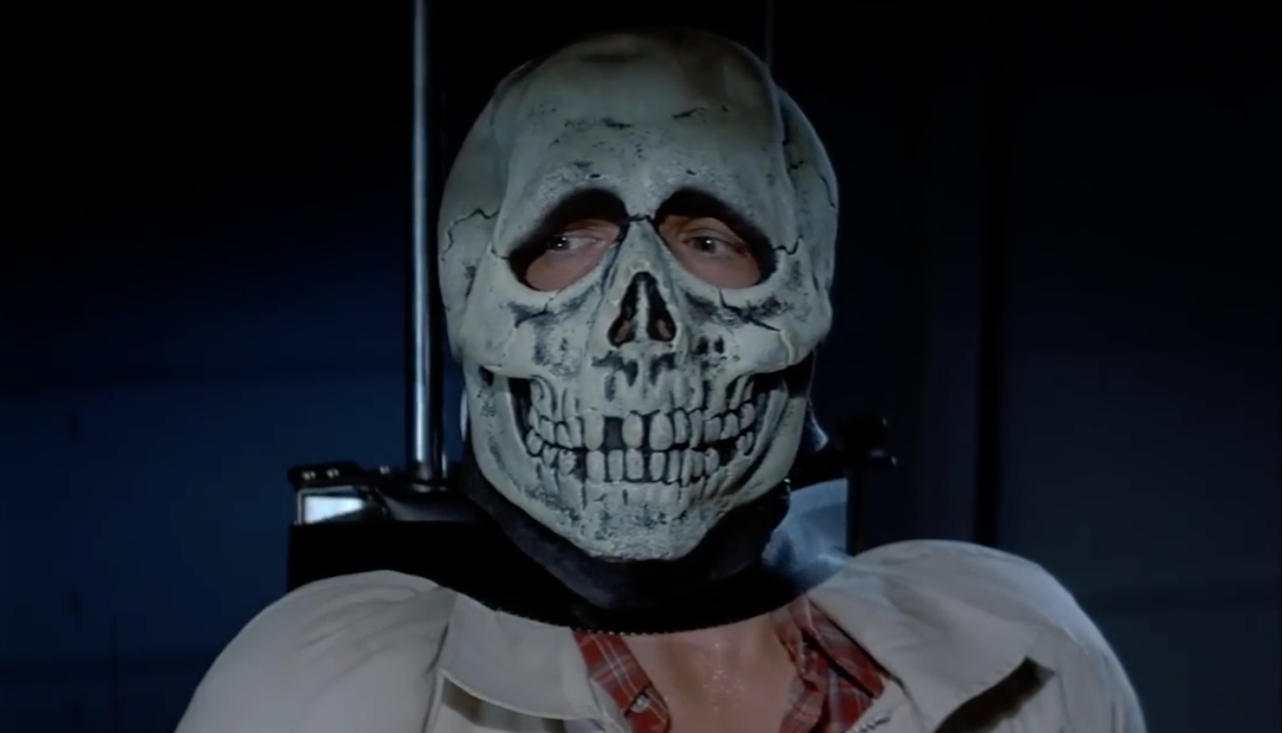 Everybody knows that certain horror sequels ” like Dawn of the Dead and Evil Dead II ” are masterpieces in their own right. Others have ascended to cult royalty, like Troll 2 and Bride of Chucky. But what about those offbeat, overlooked horror series entries that never quite get the love they deserve?

Here are 10 to consider for your next spooky-movie binge.

Remember how in the first Amityville movie, the dad played by James Brolin only threatened to kill everyone? Amityville: The Possession ” which is ostensibly a prequel to the events of that film, and is based on the real-life mass murder that happened in Long Island’s most infamous home ” holds nothing back, showing teenager Sonny Montelli (Jack Magner) become possessed by a demon before brutally gunning down his entire family.

Megaproducer Dino de Laurentiis, who never feared leaning into schlock whenever possible, was pulling the strings on this one, which samples heavily from The Exorcist and also tosses in some other exploitation elements, including ” whee! ” incest. That said, this staunch B-movie is elevated artistically by Lalo Schifrin’s breathy score, a reprise of his Oscar-nominated music for the 1979 original film.

9. The Hills Have Eyes Part II

This is not to be confused with 2007’s passable Hills Have Eyes 2, because no remake could ever top Wes Craven’s nutty 1985 sequel. It revisits the setting and some of the characters (including one of the dogs) from Craven’s 1977 original, about a vacationing family who runs afoul of a mutant family while taking a shortcut through the desert.

The premise is that one of the first movie’s city-slicker survivors, Bobby (Robert Houston), and the sympathetic hill-family daughter, Ruby (or Rachel, as she’s now known, played by Janus Blythe) have gotten into the motorbike business, managing a team poised for victory thanks to a super-fast fuel Bobby has invented.

Unfortunately, their next race is being held in the very stretch of lonely desert where Ruby’s wild family once roamed… and still roams, as it turns out. Though Bobby very wisely decides not to go on the trip, history promptly repeats itself, with the addition of a new villain accurately dubbed â€œReaper.â€

Craven is said to have disowned the film, which came out around the time of his much more successful and far more polished A Nightmare on Elm Street ” but it’s actually pretty entertaining, despite feeling rather obviously cobbled together.

Its likable ensemble cast also includes Tamara Stafford as a blind woman who’s frequently left alone to fumble around an abandoned mining camp, because that seems safe, as well as a very young Penny Johnson Jerald.

There’s no need to see 1984’s Silent Night, Deadly Night before you dive into part two. The 1987 sequel offers a thorough recap of what came before, with a slightly altered point of view as it shifts main-character status from Billy, the killer Santa in the first film, to Ricky, his younger brother ” who very nearly matures into a functional human being but ultimately proves too traumatized to leave the violent life behind.

Most of the movie unfolds in flashback, but when Ricky escapes his mental-hospital confinement in the film’s last act, he sets out tying up the loose ends the deceased Billy left behind. This includes donning a Santa suit and chasing down the nun who was cruel to the boys when they were growing up in an orphanage ” after yet another person dressed as Santa murdered their parents.

Is it really â€œbad actingâ€ when it’s what bumps the movie from so-so slasher to black comedy extravaganza? â€œGarbage day!â€ has already attained legendary status (watch the scene above), but the entire movie is filled with equally surreal moments, made even more so by Freeman’s wildly over-the-top delivery.

Truth be told, the most outrageously strange thing about Ouija: Origin of Evil is that it’s way better than any board-game movie has any right to be. If you were a fan of the Haunting of Hill House Netflix series and you have yet to watch this surprisingly great sequel to 2014’s forgettable Ouija, it’s time to get on that.

With Hill House director Mike Flanagan calling the shots, it boasts a cast stuffed full of actors who later played various Crain family members, and it has a Hill House-ish tone of supernatural-infused melodrama. It also manages to concoct a compelling story directly based on the flimsy villain established in the first film.

In late-1960s Los Angeles, the widowed mother (Elizabeth Reaser) of two young daughters (Annalise Basso, Lulu Wilson) scrapes by giving fake psychic readings ” until she introduces an Ouija board into her act, and the seemingly innocuous prop unleashes a wicked force into their lives. The basic premise really isn’t that different from the original, but the performances are top-notch, and Flanagan’s now-patented flair for slow-burn terror makes all the difference.

A Nightmare on Elm Street 2: Freddy’s Revenge has its champions, but to maximise your fun time with Freddy Krueger, look to Chuck Russell’s third instalment in the franchise.

Original film stars Heather Langenkamp (as Nancy Thompson) and John Saxon (as her father) return to Springwood for this one, which sees Freddy terrorizing the few remaining Elm Street teens (including a young Patricia Arquette), all of whom have been placed in a psychiatric ward because of their vivid nightmares. Enter Nancy, a grad student with some very unique insight into their fears.

It’s hard to pinpoint any single element that makes Dream Warriors work so well. Nancy’s return makes sense for the story ” of course she would’ve studied dreams in grad school, given her own experiences ” and while the kids are a little bit cartoonish for the sake of setting up Freddy’s elaborate death scenarios (as soon as you see that one kid is into marionettes, his fate is sealed, and even in 2019 the gory, sinewy â€œstringsâ€ special effects are shocking), it’s easy to root for them ” even against Freddy, who doles out some quips but hadn’t yet become the full-on jokester he’d be in later films.

That’s to say, he’s still scary here (whether he’s a stop-motion puppet or skeleton, a giant worm, or just his sweater-wearing usual self) and Dream Warriors ” which also features a turn by a Pee-wee’s Playhouse-era Laurence Fishburne, and a ripping theme song by Dokken ” takes the time to dig into the tragic tale of Freddy’s mother, giving a little more insight into his character…without overdoing the origin story too much.

5. Poltergeist II: The Other Side

Two things you might remember from Brian Gibson’s 1986 sequel to the Tobe Hooper-Stephen Spielberg blockbuster about a Southern California family whose daughter is targeted by evil spirits who reach out through the TV: Julian Beck’s deeply scary performance as the ghoulish, undead Rev. Henry Kane; and the H.R. Giger-designed creatures that make brief appearances.

Something you might not remember: the fact that one of the central themes of the movie is that patriarch Steven Freeling (Craig T. Nelson) fears he’s no longer â€œman enoughâ€ to protect his family, so he undergoes some ritualistic shoring up of his masculinity with Taylor (Will Sampson), the shaman sent to help the Freelings by Tangina (the one and only Zelda Rubenstein).

The character of Taylor is all kinds of problematic, a Hollywood grab-bag of Native American stereotypes that Sampson somehow manages to carry off with dignity; it helps that he’s the only person in the movie who seems to have his head in the right place at all times.

But if you can get past Poltergeist II‘s most dated elements (and forgive the fact that it’s overall just inferior to the original), it’s still got some genuinely creepy, shudder-inducing moments ” mostly thanks to Beck, who is easily one of the scariest preacher characters since The Night of the Hunter.

William Peter Blatty, author of The Exorcist novel, directed and wrote (more precisely, adapted from his novel Legion) this grim 1990 chiller that feels very close in spirit to William Friedkin’s 1973 film ” though its story is quite different and its tone is more frantic and hysterical.

But…did he? A brutal serial killer is roaming the streets, and there’s a very chatty patient in the local psychiatric ward who seems to be the embodiment of both Karras and the infamous Gemini Killer (Brad Dourif), both of whom are supposed to be dead. It’s a gruesome mind-bender of a case for Kinderman and the viewer ” though only the latter gets the exquisite terror that comes with experiencing one of the scariest movie moments of all time. You’ll know it when you see it, snip snip.

3. Friday the 13th: The Final Chapter

The fact that the fourth Friday the 13th movie was nowhere near â€œthe final chapterâ€ is just one of the delights that comes with Joseph Zito‘s fan-favourite entry in the series.

2. Halloween III: Season of the Witch

John Carpenter doesn’t direct, but he was obviously on hand to guide writer-director Tommy Lee Wallace (fun fact: Wallace was also the screenwriter of Amityville II), who’d worked on several of his films. And it just feels a lot like a Carpenter film ” Carpenter’s frequent cinematographer, Dean Cundey, also lenses this one; Carpenter himself did the music; and faces familiar to Carpenter fans (Tom Atkins, Nancy Loomis, Dick Warlock, even Michael Myers himself makes a cameo!) dot the cast.

Somewhere along the line, it was decided that the Shape would stay dead after Halloween II, and the series would become more of a horror anthology. Obviously that idea didn’t take, but we will always have this cult favourite stand-alone about an evil Irish toymaker who launches a murderous scheme using Halloween masks ” powered by robotics and Stonehenge juju (and activated by the irritatingly catchy ditty that plays throughout the movie) ” that emit flesh-melting laser beams and conjure creepy-crawlies and venomous snakes from human brains.

Also, there’s an army of murderous robots and a quaint California town built around protecting what amounts to an ancient human sacrifice ritual playing out on a massive scale. That’s admittedly a lot to swallow, but Halloween III presents its deliciously ludicrous horrors in such a matter-of-fact manner you can’t help but just go with it.

There’s a wild, campy energy in place of the original film’s grimy menace, with some truly original new characters ” notably chatterbox cannibal Chop Top (Bill Moseley), vengeance-driven Texas Ranger Lefty (Dennis Hopper), and good ol’ gal radio DJ Stretch (Caroline Williams) ” mixing it up with holdovers from the first movie, including, of course, Leatherface (Bill Johnson), who still has his chainsaw but comes across here as more of a loveable (albeit still homicidal) big galoot.

The Texas Chainsaw 2 plot is just an excuse to get Lefty and Stretch into the Sawyer family’s weird, carnival-themed, body part-strewn lair, where the best barbecue in Texas is cultivated and some of horror cinema’s most quotable lines are uttered: â€œI’m the Lord of the Harvest!â€ â€œWho’s that, some new health-food bunch?â€ Watch it, love it, and be forever transformed.