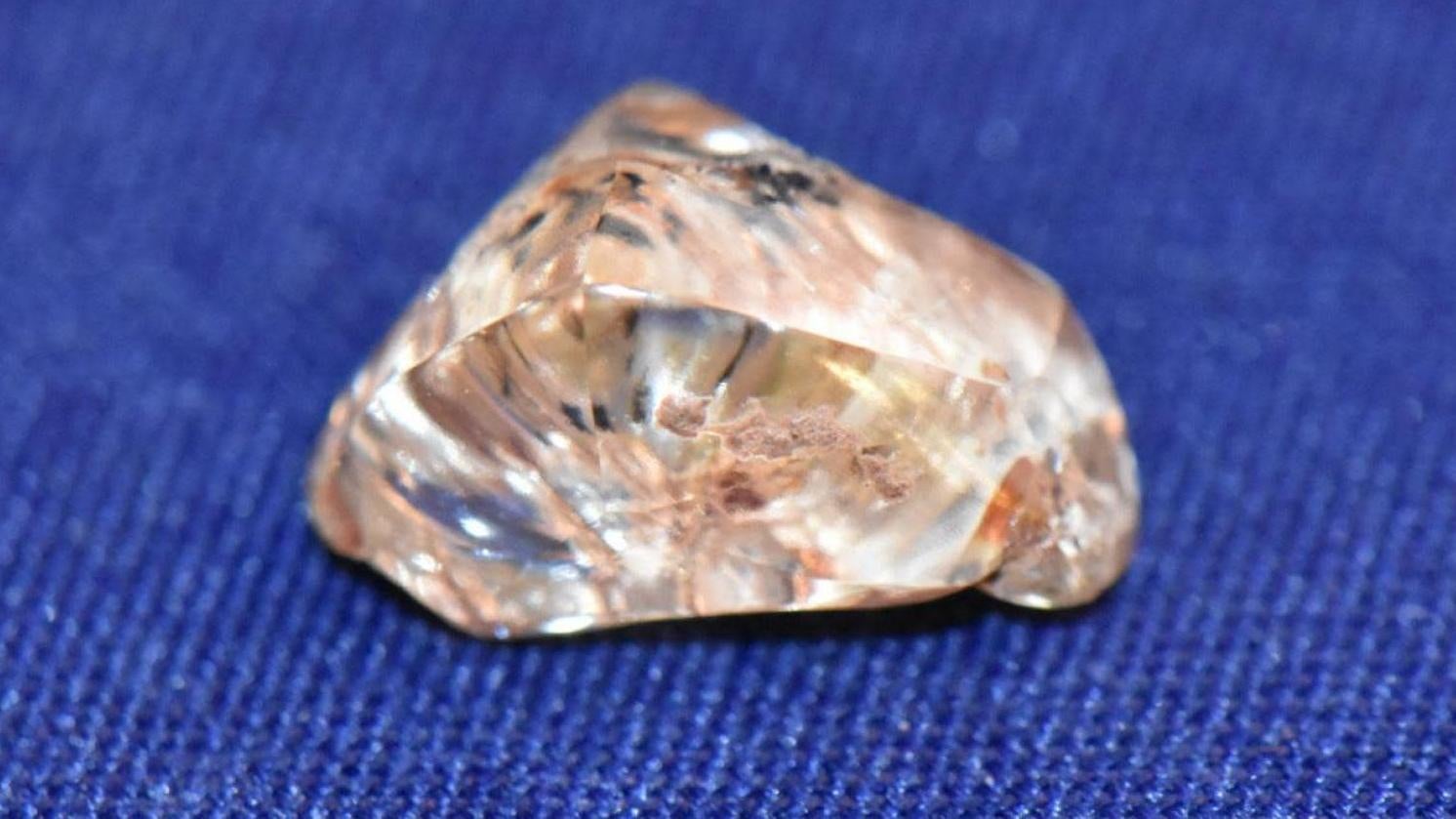 A Texas woman on a first-time visit to Arkansas’ Crater of Diamonds State Park says she discovered a nearly 4-carat yellow diamond — while watching a YouTube video about how to find the precious gemstones.


According to a report on the discovery from the state parks website, Miranda Hollingshead, 27, decided to visit the park with family last week as something fun to do together.

The park — where tens of thousands of individual diamonds have been found over the course of the last century — is situated just a couple of hours away from where Hollingshead lives in Bogata.

While surveying the park’s 37.5 acres of designated diamond discovery area, Hollingshead says she was “sitting in the shade, watching a YouTube video on how to find diamonds” when she spotted the massive 3.72-carat gemstone, noting that she “looked over at my kid for a second, and when I looked down, I saw it mixed in with other rocks.”

According to park interpreter Waymon Cox, the diamond — which was described as a light yellow colour and about the size of a pencil eraser — was likely discovered as the result of recent rainfall. “Much of the ground where Ms. Hollingshead found her diamond is made of unweathered volcanic rock,” Cox said in a statement. “When it rains, flowing runoff often leaves loose gravel, and sometimes diamonds, on the surface in these areas. Diamonds have a brilliant, adamantine lustre that makes them easy to spot, and Ms. Hollingshead happened to be sitting in just the right place to see the diamond sparkle in the sun.”

According to the state parks website, nearly 320 diamonds registered at Crater of Diamonds State Park this year, with 13 of those weighing at least carat. Combined, those diamonds make up a staggering 63.49 carats. Cox said Hollingshead described her diamond as reminiscent of “of a rounded molar, with a small indentation in one end.”

There are a ton of factors that go into appraising a diamond like the one that Hollingshead discovered, but it’s likely worth somewhere in the tens of thousands of dollars.

Assuming you have the time to hunch over and scour for diamonds across dozens of acres, Crater of Diamonds State Park sure seems to be a good place to find one. Just last month, 36-year-old Josh Lanik discovered a 2.12-carat diamond, the largest diamond discovery of the year at the time.

But Hollingshead and her son were sure to give their discovery a suitably unique name: Caro Avenger. Hollingshead said her son “chose the name Caro, and I am a fan of superheroes, so it seemed like a good fit.”