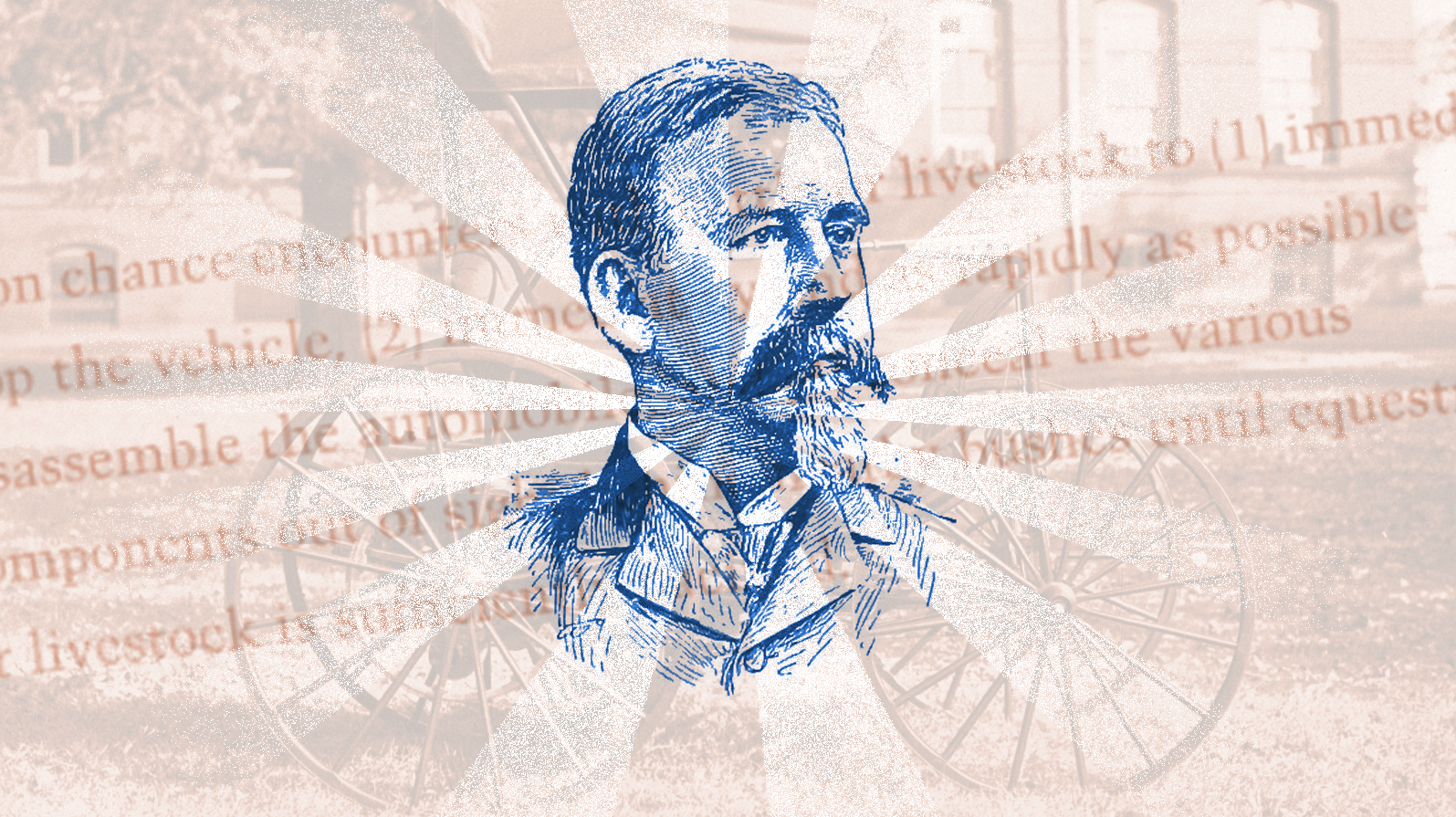 When it comes to heroes of early American motoring, most people tend to think of figures like Henry Ford, Ransom Eli Olds, or, if you want to go older and wackier, Oliver Evans. But in the mid-1890s, Pennsylvania Governor Daniel Hastings also had a very direct impact on America’s nascent automotive industry – defending it from the most oppressive and bonkers regulation ever concocted.


Aside from the large contingent of historic gubernatorial cosplayers in our readership, I’m going to guess that most of you aren’t familiar with Governor Hastings, but that’s just fine — it’s not like he was a lifelong gearhead, he just made one very important decision that helped further the development of automobiles.

You see, in the very early days of motoring, there were groups — mostly those already heavily invested in the horse as the primary motive force in human transportation — that were very against motorised carriages, and did all they could to stop or at least slow the progress of cars.

It’s largely because of powerful horse-oriented lobbying that Britain lost its very early lead in automobiles to countries like France. There were regular steam-powered omnibuses driving all over England as early as the 1820s, but a series of laws, commonly known as Red Flag Laws, were enacted that severely limited the development of the motoring industry.

The laws were so-named because famous examples of them required someone to be walking, waving a red flag or lantern in front of any motor vehicle. As you can imagine, this was not exactly what most early motorists wanted — the whole point of the automobile was to avoid being stuck behind some large, hairy, farting mammal.

The United States wasn’t immune to similar problems, and a number of states began passing similar laws (albeit a lot later, in the later 1800s), during a crucial period when automobiles were much more evolved and on the cusp of becoming truly practical, which differs from the first British Red Flag Laws, which began in 1861.

Easily the most notorious of these laws was a bill passed — unanimously — by the Pennsylvania General Assembly in 1896. That law stated that any motor vehicle:

“…upon chance encounters with cattle or livestock to [1] immediately stop the vehicle, [2] immediately and rapidly as possible disassemble the automobile, and [3] conceal the various components out of sight behind nearby bushes until equestrian or livestock is sufficiently pacified.”

Just think about this law — which, again, was passed by every single member of the General Assembly, remember — for a moment. It’s suggesting that a cow or horse is going to be so freaked out that it won’t even be enough to just shut the car off — you have to take the damn thing to bits, and then hide the bits, like a horse is going to see a flywheel or a crude early carburetor and get immediate flashbacks to the noisy, stinking terror he just encountered. 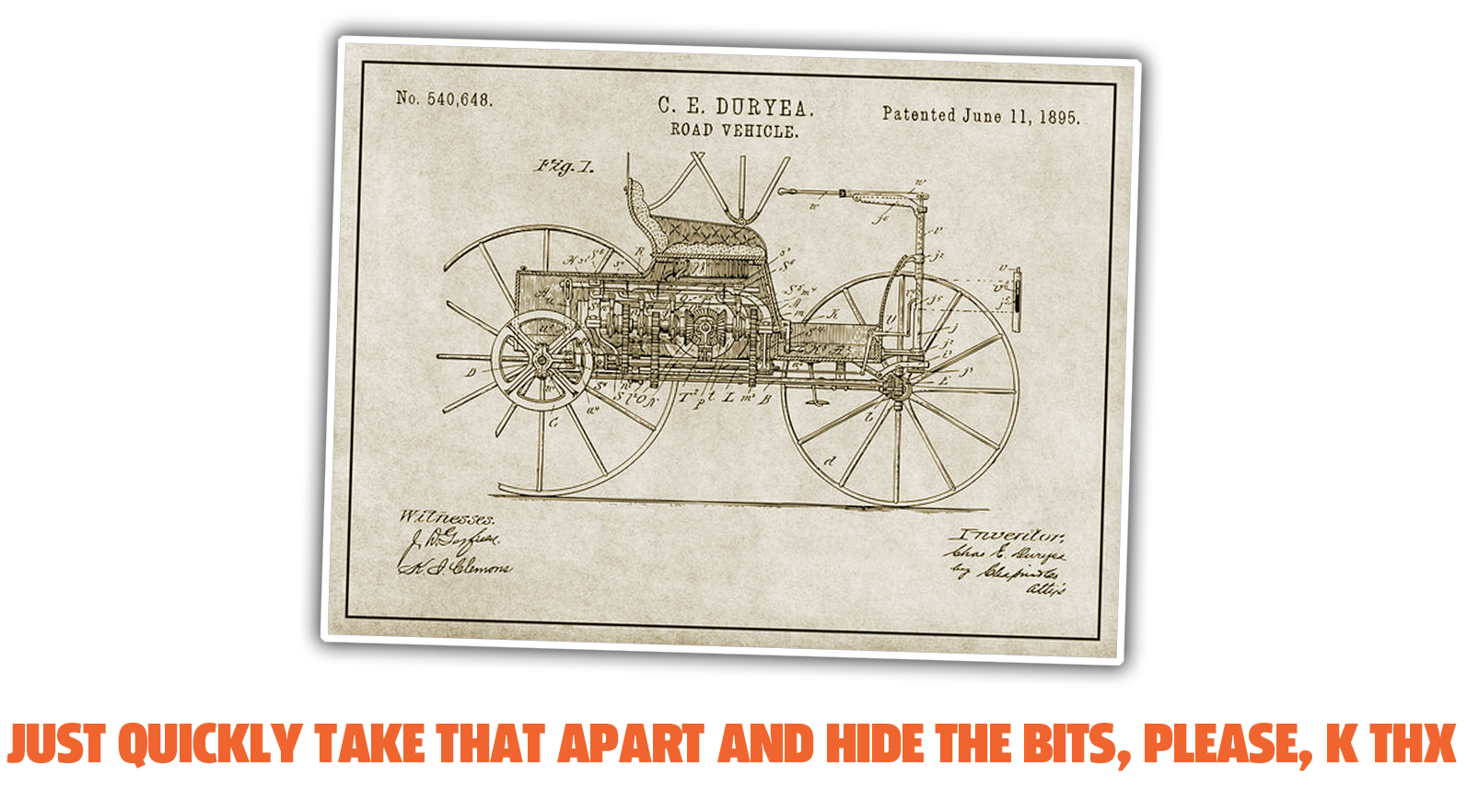 Also, how quickly do they think this could happen? I’m pretty sure the act of disassembling a car, even something relatively simple like an 1895 Duryea, would be far noisier and scarier to a cow than just quietly parking it.

The law is clearly insane, motivated by ignorance and panic, and would have passed had Governor Hastings not had the sense to veto it.

It’s not really clear why the governor was the sole voice of reason here. Perhaps his time serving in the Union Army during the Civil War exposed him to some advanced machinery, like balloons or ironclad steamships like the advanced Monitor. Perhaps John DeLorean travelled back in time to plead with him not to stifle the American motor industry.

We don’t really know, but what we do know is that as a result of that veto, the bill was never passed into law, which helped keep American automotive development free from any absurd hinderances, which helped the industry grow.

So, with that in mind, I feel like, as gearheads, we should do more to remember Governor Daniel Hastings, the man who helped keep America’s automobile industry from biting itself in the arse before it even really got started.