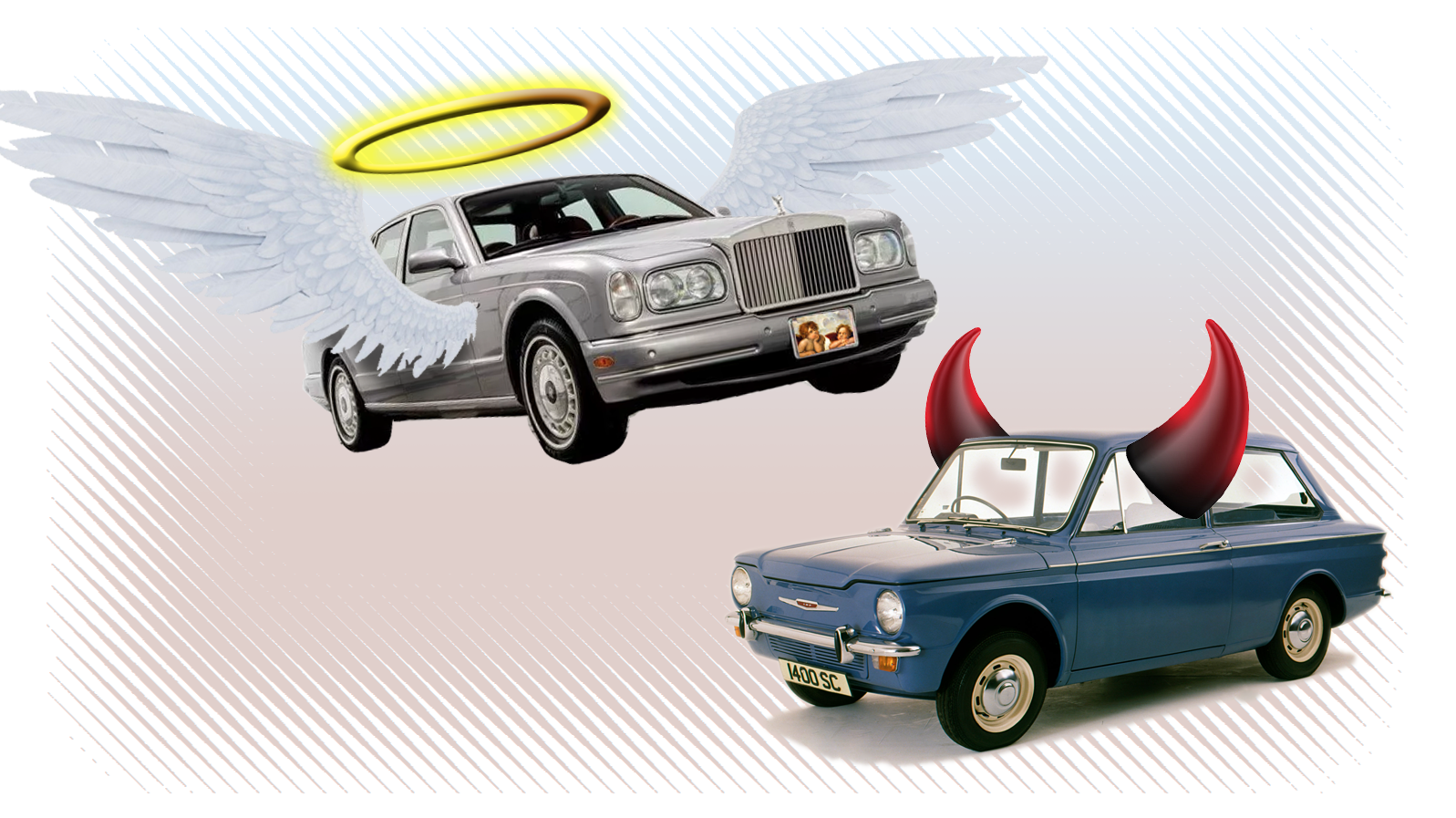 I’m not necessarily suggesting there’s any great theological meaning behind this, but I do feel that it’s worth noting that there are many, many more cars named for things demonic than there are for things angelic. Don’t believe me? Let’s walk through it.


First, let’s see how many cars we can think of with names inspired by devils or demons or other related entities:

• Plymouth Fury: A fury was a female winged demon-like creature from Greek mythology

• Plymouth Scamp: Some definitions of “scamp” refer to it as a mischievous demon

• Dodge Challenger Hellcat: A hellcat must be from hell, right?

• AMC Gremlin: Gremlins may not exactly be demons, but they’re pretty damn close.

• Rezvani Beast: “Beast” is used in the New Testament to refer to Satan

I’m sure there’s likely more, but that’s a start. Some cars, like the Austin-Healey Sprite and Riley Elf are sort of ambiguous. They’re named for supernatural beings, but not really angelic or demonic, so we’ll ignore those.

OK, now, let’s try and list all the cars named for angelic things:

• Rolls-Royce Silver Seraph: Rolls-Royce often names their cars after the spirit of dead things — Ghost, Wraith, Phantom — but a Seraph is unquestionably an angel, and, in fact, the Seraphim are considered the highest order of angels, so there

… and that’s pretty much it.

Dodge did trademark the name “Angel” for possible future use as a car, but so far they have yet to announce a Dodge Angel.

Maybe, and I mean maybe you could count:

• Dodge Spirit: I guess it’s possible a spirit could be thought of angelically, but then you have to ask what about ghost, and ghosts are definitely not usually considered angelic.

Well, there is one more, and it’s a weird one:

• Everson Cherub: Everson was a small aircraft builder from New Zealand, and they also experimented with cars, a bit. I’ve seen descriptions of the Cherubs (they built a few) as small, streamlined sports cars from the 1930s, and also a ‘60s-era version that looked like a Mini Moke: 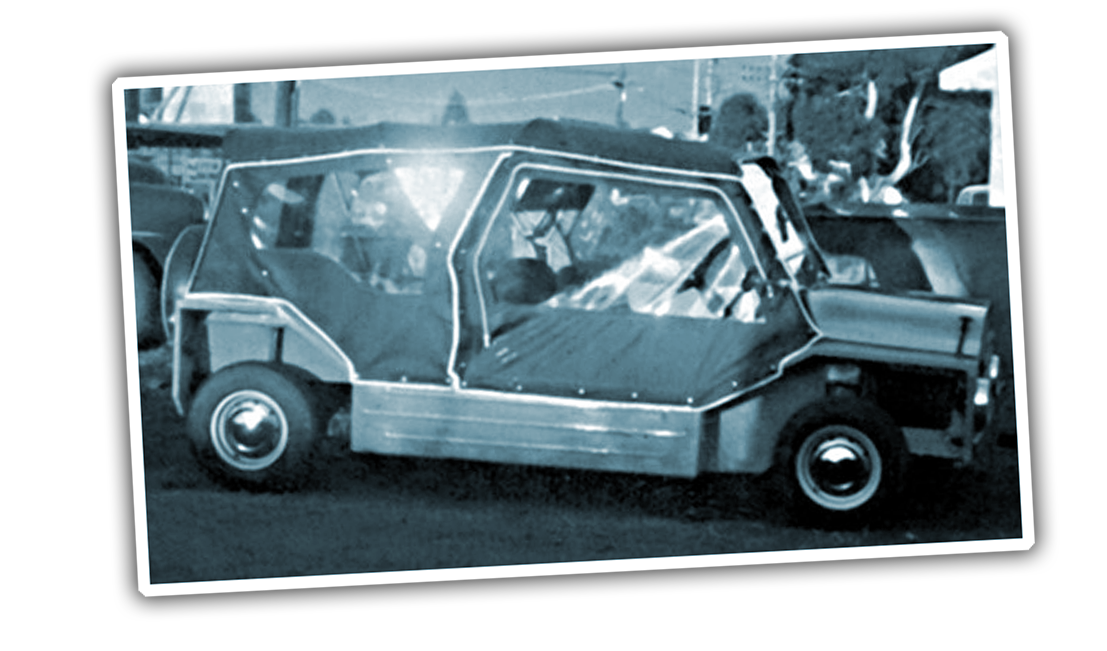 OK, but I think that’s really it for angelic-named cars.

So why the disparity? Cars seem to be named for demonic things much more often, and the cars that are named so tend to be much more popular. Is there something about our relationship with cars that makes us want to see them as a bit evil?

Maybe, but evil in a fun, relatable way. Evil-lite, really, in the same way we like eat and drink things that are technically bad for you, and we like to gleefully offer them by letting people know “it’s baaaaaad for you,” which makes it, you know, fun.

Plus, angelicism carries with it a weight of potentially judgemental piety, and who the hell wants that in a car?

Cars are very often irrational and fun. Of course the devil gets preference there.