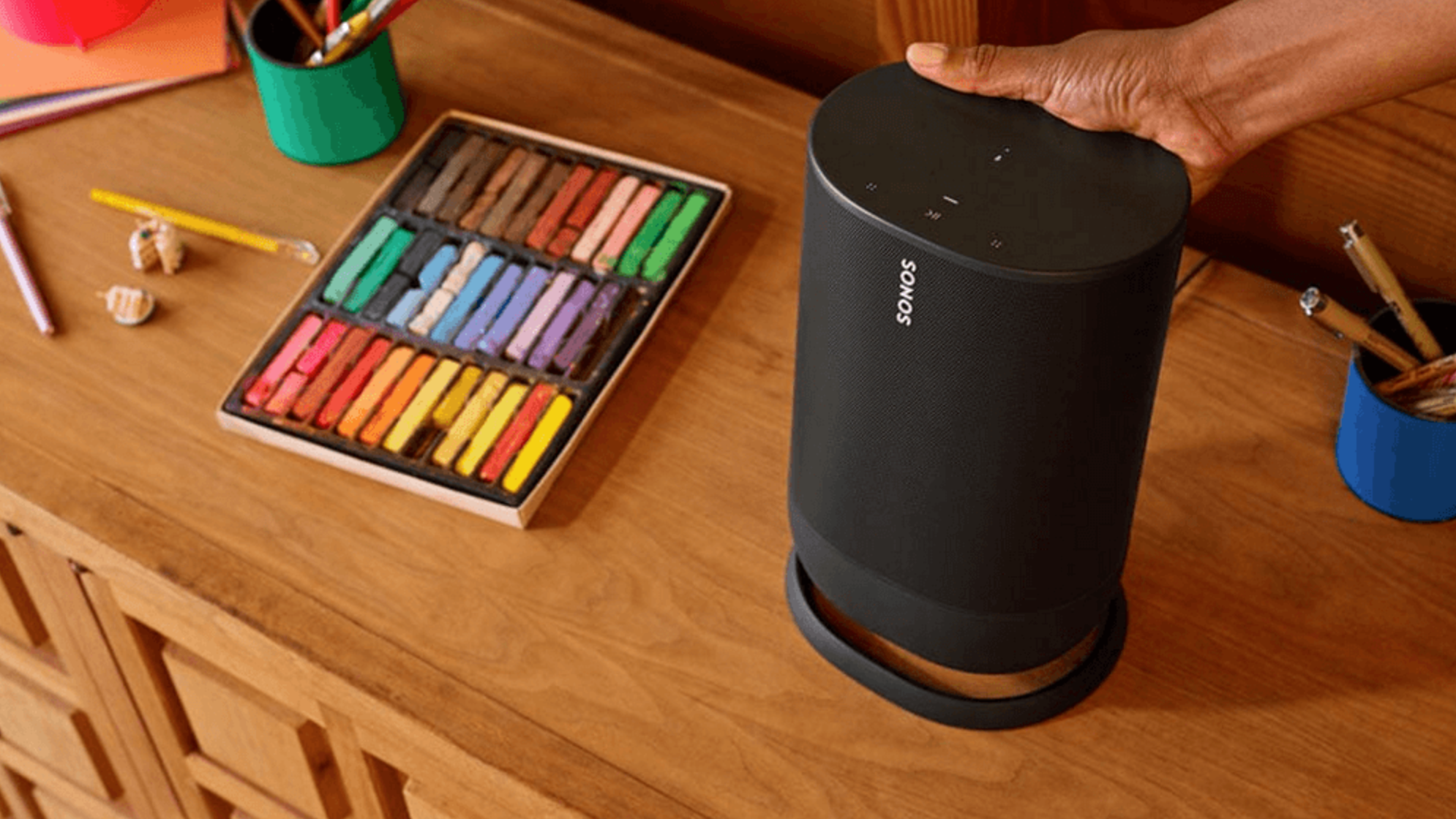 Say what you want about Sonos, the wireless speaker maker can’t keep its shit under wraps. The latest leak is its first-ever Bluetooth speaker. News of the device’s existence came earlier this month, but now there’s even more details and a name: The Sonos Move.

The leaked photos and info comes courtesy of German tech site WinFuture. The Move, according to the site, will be slightly larger than a Sonos One with similar performance. Supposedly, it will feature six microphones for better voice assistant interaction and has a recessed grip so you can lug it around easily.

It reportedly also will have AirPlay 2 support, an internal rechargeable battery, and a base station. No word yet on pricing or availability, though that’ll probably come later this month as Sonos has an upcoming media event in New York City. Sonos did not immediately reply to Gizmodo’s request for comment.

In general, Sonos leaks are pretty on-the-nose. A peep into the Gizmodo US archives proves the company has a rich history of its products leaking online well before launch dates — usually via eagle-eyed techies unearthing the company’s FCC filings.

In 2011, Sonos accidentally listed its Play:3 S3 All-In-One speaker on Amazon before scrambling to take it down. A year later, Sonos couldn’t keep its FCC filing for its sound bar under wraps either.

In 2013, Sonos’ FCC filing for the Play:1 leaked a few weeks before the then-unannounced speaker hit shelves in actual stores. 2017 was the year Sonos’ PlayBase leaked via a B&H listing, several tweets, and an FCC filing.

It’s also when the company’s FCC filing for a smart speaker with far-field microphones leaked, eventually materialising into the Sonos One. 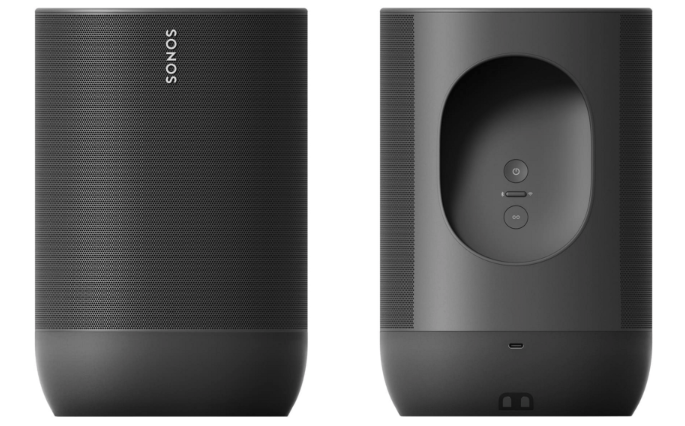 A leaked image of the Sonos Move from WinFuture (Image: WinFuture)

Earlier in January, another Sonos FCC filing hinted at a speaker with Bluetooth Low Energy compatibility. And lo, we now have news of the Sonos Move. Coincidence? Methinks not.