No Automaker Would Ever Make A Car This Wild 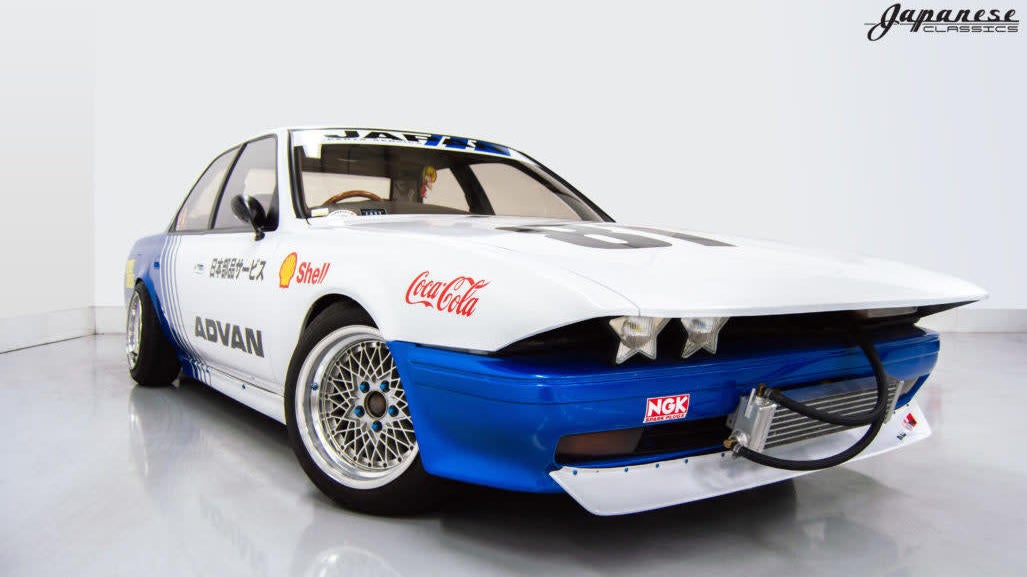 The auto industry loves to incorporate little elements of aftermarket style into production vehicles. Look at the widebody kit on the new batch of hi-po Dodges, for instance. But there is a level of style, of modification, that would make even the wildest automaker blanch.

Look at this 1991 Toyota Cresta, with its slant nose, covered-over lights, external oil cooler hanging ahead of any bumper protection, and, most importantly, star headlights. 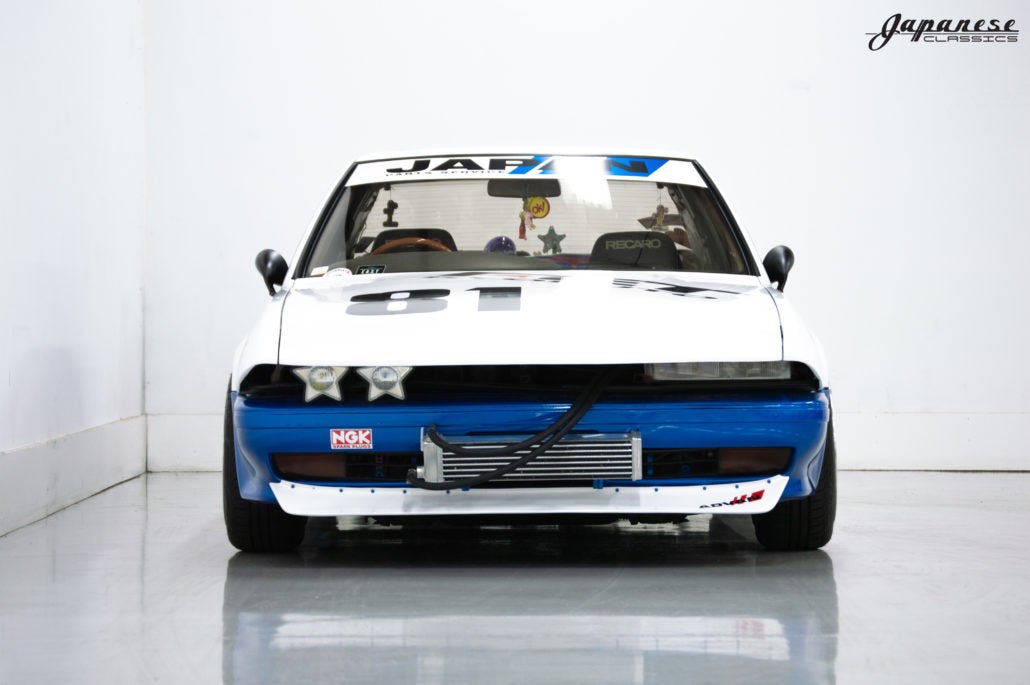 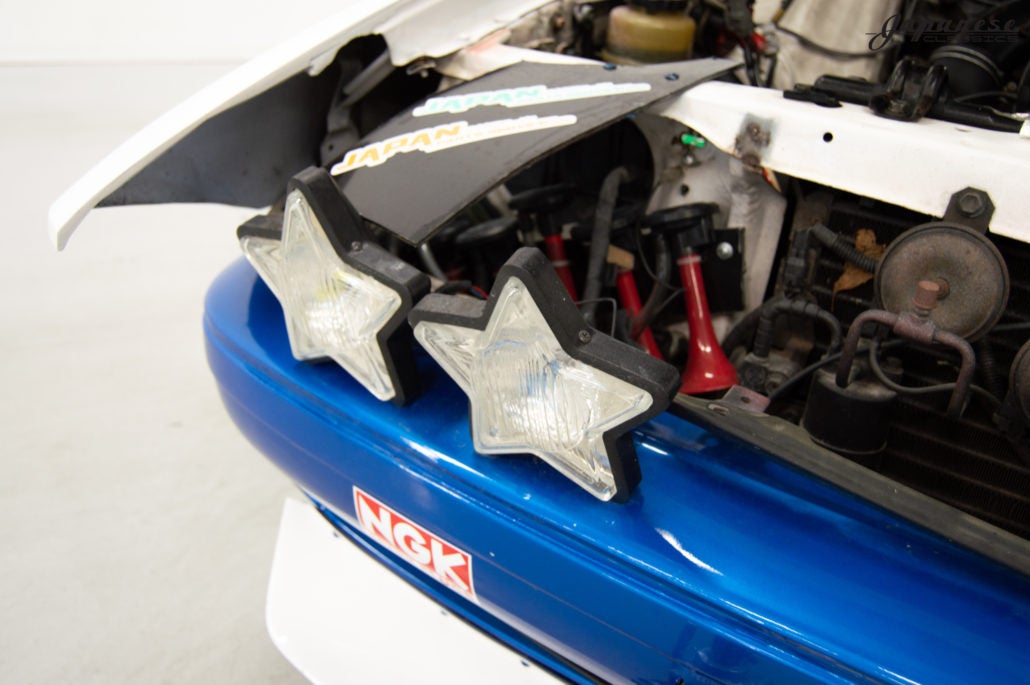 Every car deserves star headlights, and it is a dim world that we have that is denied them. 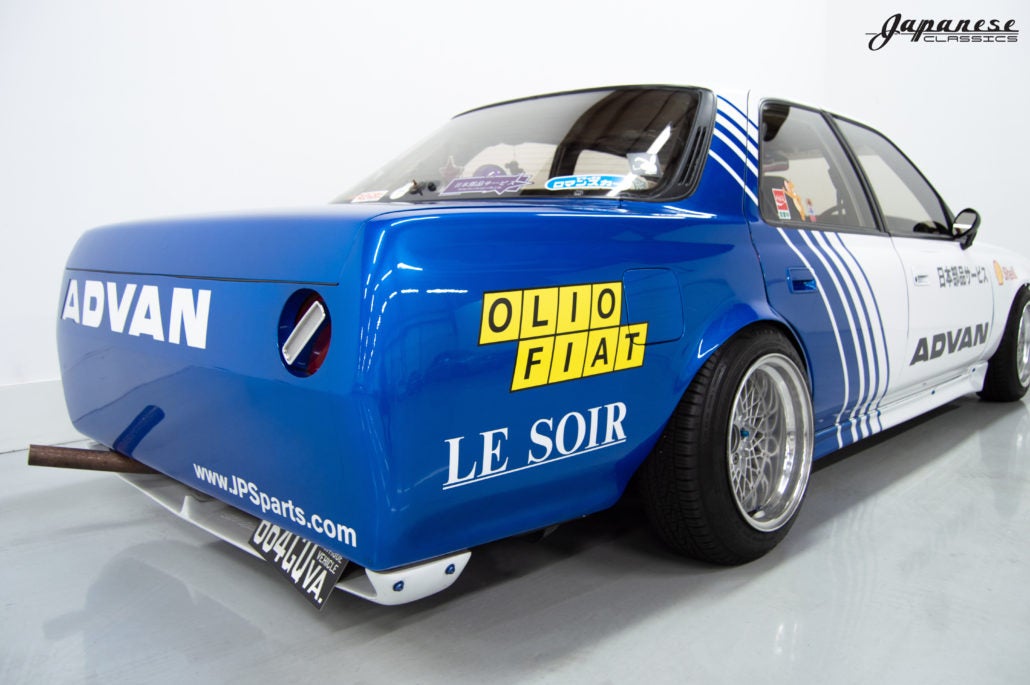 There’s a decent amount of terminology for this style of car, and you’ll find lots of varying terms to describe ones that look vaguely like this. Kaido, shakotan, yankee, bosozoku, all get tossed around. There’s a good old Speedhunters article about all the memetic points of these scenes.

I myself will defer to the importers of this particular vehicle itself. This is a shop car at Japanese Classics, an importer down in Maryland that is where I waste most of my time online these days, dreaming of finding a Pajero Evo with my name on it. 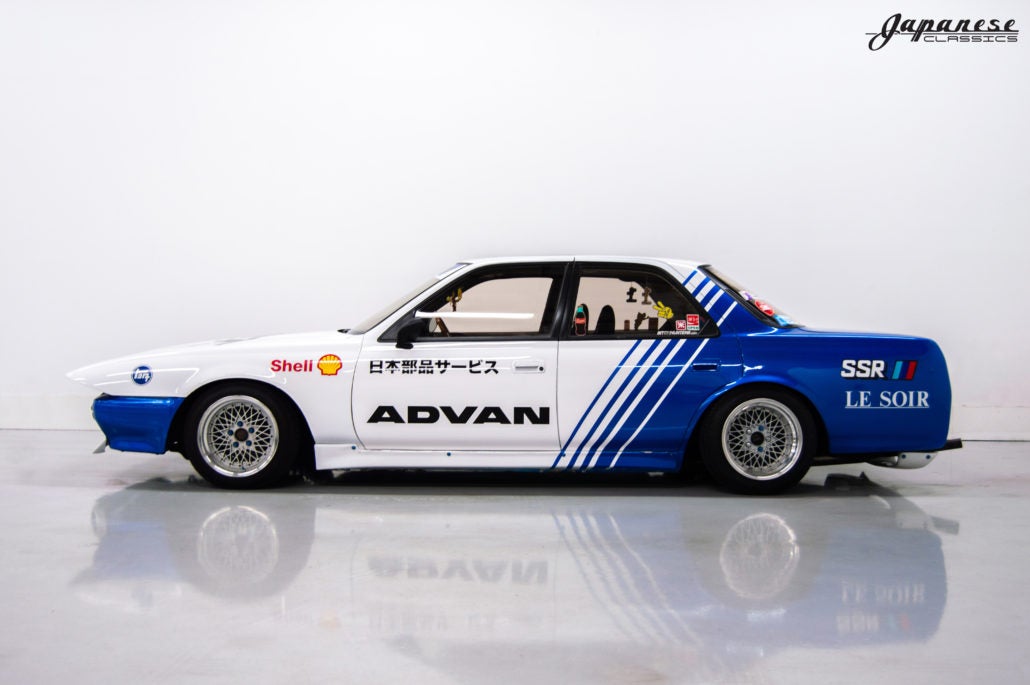 The front long nose was reconstructed once the car was brought from Japan as it started it’s life with a longnose from the previous owner. The rear end was completely stock when we received the car and all of the body work was done here in the US. The rear sports a cherry tail on one side and the “A” in the Advan decal lights up as the other tail light including turn signal. The car was fully sanded to it’s bare metal and primered before the livery was added. The longnose is made of fibreglass and the rear end is fully made of metal. All of the body work was done by our restoration manager Andrew Clarke.

The car itself has roughly 95,000 kilometres on it, however the cluster has stopped rolling over it’s mileage. The engine sounds amazing through the current exhaust setup. The transmission shifts smooth and is accompanied by a lightweight flywheel. The car now sits on Fortune Auto coilovers and the wheels are 15×8.5 -21 and 15×8 +0 SSR Formula Mesh. The rear sports an authentic Slit Spoiler and the front has a modified Hakosuka chin spoiler.

The interior of the car is mostly stock other than the two Recaro Confetti seats, the Nardi steering wheel, and the Mr.Grip shift knob. The car is also equipped with a “godfather” horn on a convenient push switch as well as a patlite that is hardwired to an on/off switch next to the steering wheel. The rear parcel shelf is missing, but for good reason as it is used to accommodate kyusha and kaido style decorations.﻿

This is a rear-wheel-drive sedan, with a manual and a straight six under the hood, but it is by no means a performance-oriented vehicle. (The Cresta is basically like a Japanese-market Cressida of the time.) 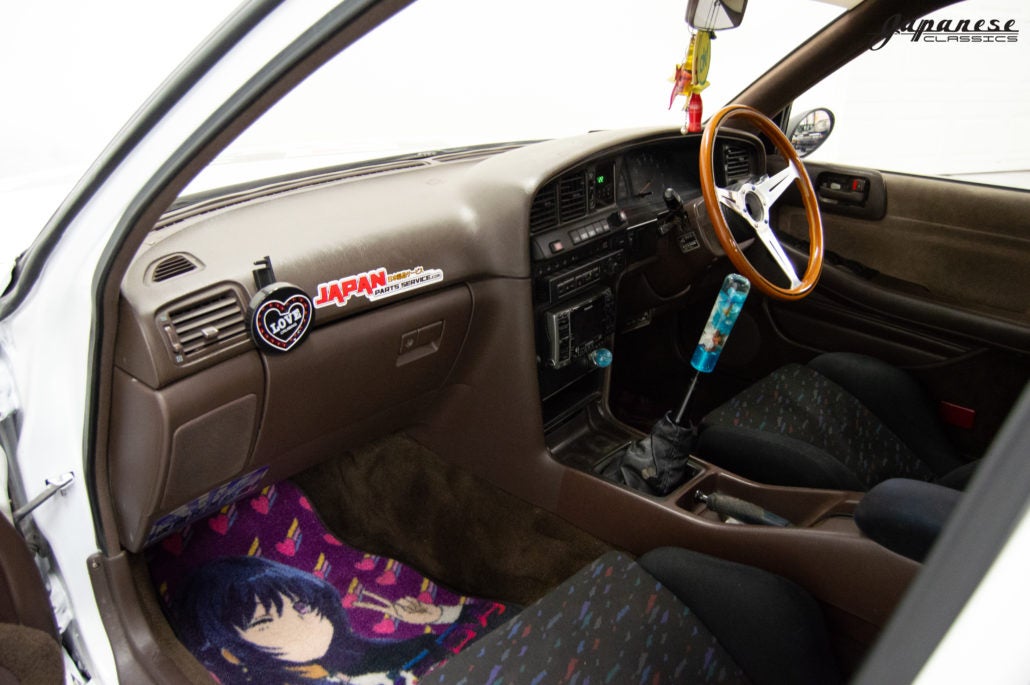 That’s an economy-minded 1G engine with something not far north of 100 horsepower. 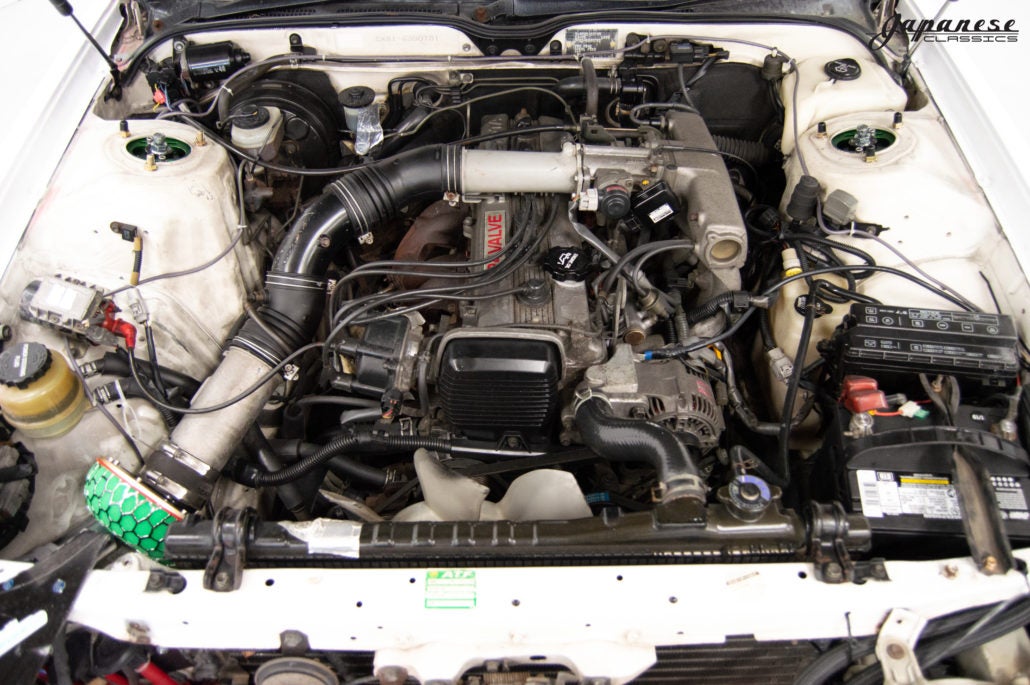 But the look, the utterly willful disdain for making sense, that makes it feel so vital, so important to exist. It’s just not a huge surprise that in the years since this style started popping up that no carmaker has ever tried to get star-shaped headlights into production, or rocked a shark nose face. 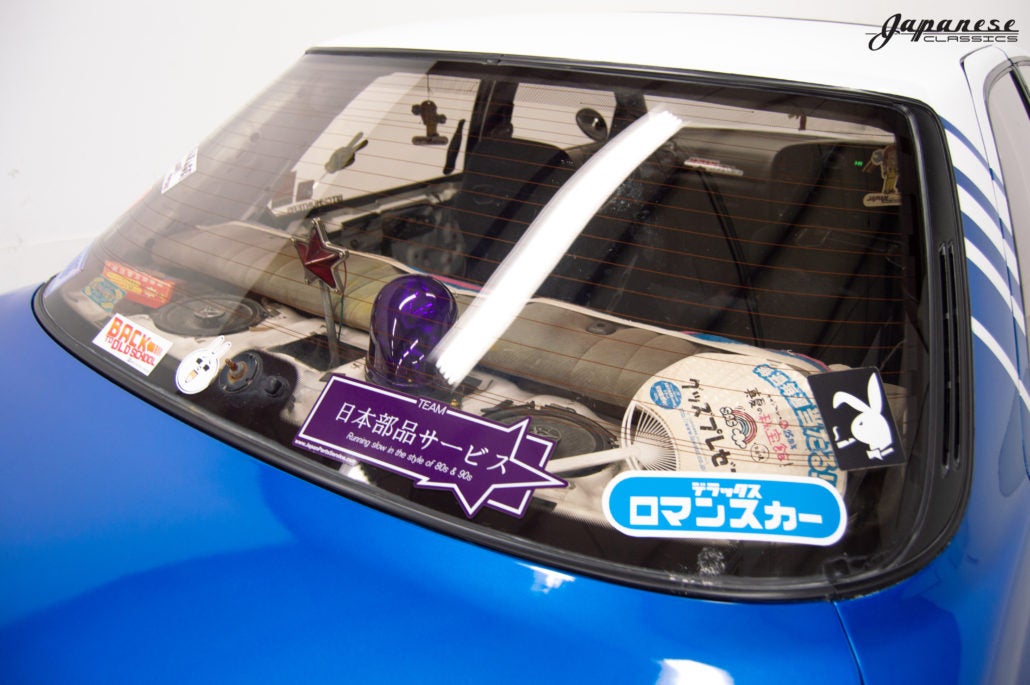