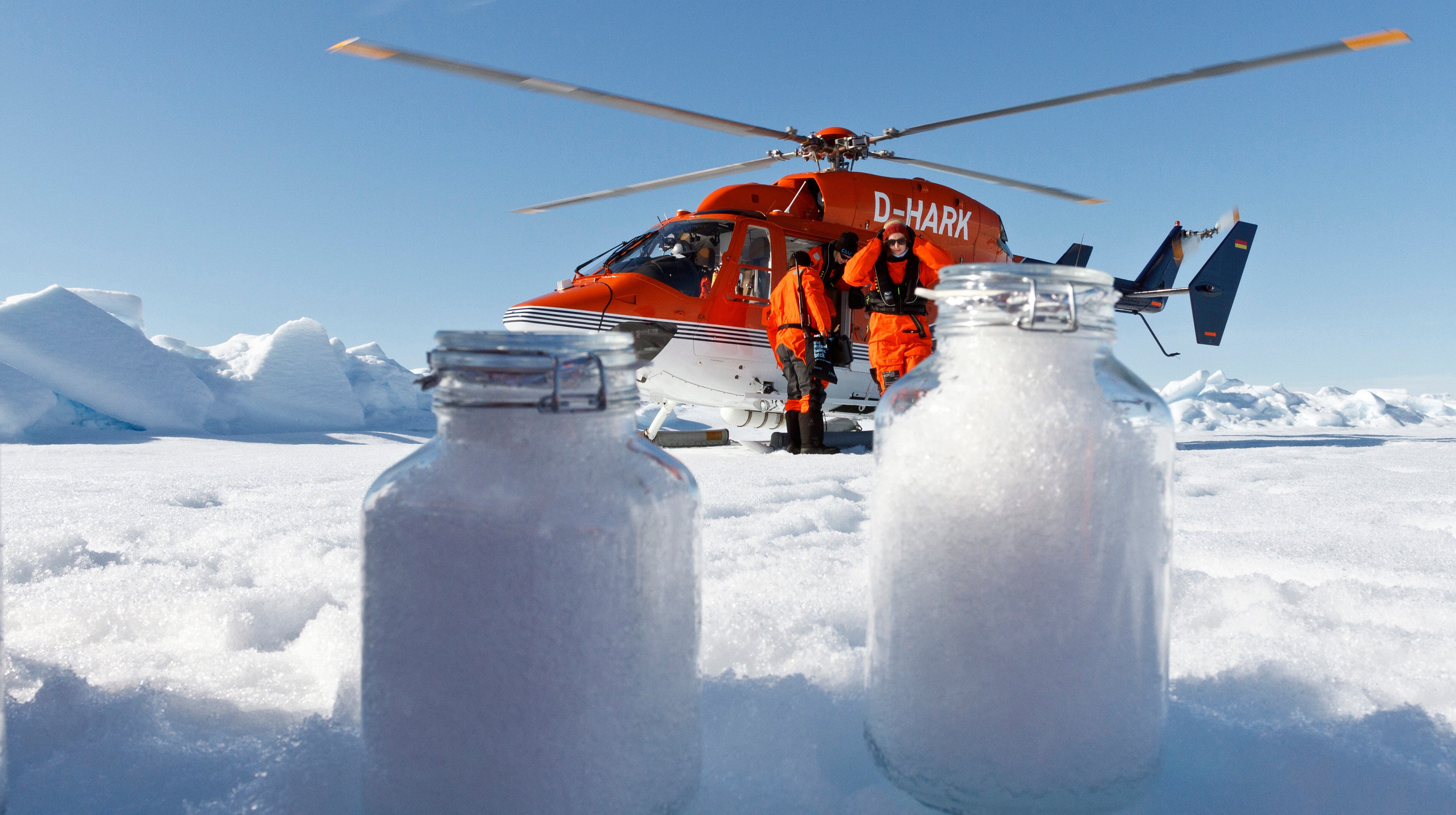 Microplastic pollution has become so ubiquitous, it’s almost easier to find places covered in the stuff than not. High peaks, low valleys, and even the air we breathe is filled with microscopic bits of plastic.


New research published on Wednesday in Science Advances shows that even the remote ice floes of the Arctic have measurable amounts of microplastics and microfibers gracing their surfaces. The researchers posit that wind could have blown pollution from cities to the high Arctic. And with humanity’s plastic problem spiralling out of control, more and more plastic pollution could litter the northern reaches of the globe.

Previous research found microplastics were trapped in sea ice, remnants of plastic bits likely transported via the ocean. But the new findings, which involve some of the same researchers, looked at snow on top of ice floes to assess whether microplastic was blowing in the wind to the Arctic as well.

The researchers took snow samples on nine ice floes in the Fram Strait, the gateway to the Arctic between Greenland and the Norwegian island of Svalbard. Snow is what the researchers called a “scavenger” that slaps pollutants like microplastic and other airborne particles together. Sampling it is easier than installing direct air filtration devices in the Arctic, which Sebastian Primpke, a scientist at the Alfred Wegener Institut, said would be battered by harsh conditions and extremely hard to track and retrieve.

The results show that all but one of the sites sampled in the Arctic had measurable amounts of microplastics and microfibers. The concentrations weren’t as high as samples the researchers collected in Europe, but that’s to be expected since there are no major population centres remotely close to the Arctic sampling sites. The results also found that many of the microfibers found in the Arctic were smaller than those found in Europe.

Primpke told Gizmodo that the fact that they found microplastics so far north mixed with snow, coupled with previous research showing wind-borne microplastics were shuffling around Europe, lends credibility to the idea that winds could be sweeping plastic all the way to the Arctic. Certain natural climate shifts like the North Atlantic Oscillation could play a role in ushering more microplastic pollution into the region during certain times of the year.

There’s even a chance that the microplastic bits could end up acting like other tiny particles known as aerosols. Those can come in natural forms like soot or dust as well as manmade ones like air pollution. All aerosols can serve as the nucleus for raindrops or snowflakes when they end up the atmosphere. While there’s been little research done on this front with microplastic, it’s not inconceivable that plastic snow nuclei are a thing.

“Larger sand particles from the Sahara desert or pollen can be transported over long distances also into the Arctic and similar processes can be assumed for microplastics,” Primpke said in an email.

This study adds another unnerving layer to how humans are transforming the planet. One of the biggest concerns about microplastic in the north is how it could be impacting the region’s already fragile ecology.

Given the challenge of studying the Arctic, there’s simply a lot we don’t know about microplastic pollution’s impact. But one thing is clear: the region is deteriorating at a rapid clip between climate change and pollution, despite very few people calling it home.