It’s Possible To Take Your Hooning Too Far 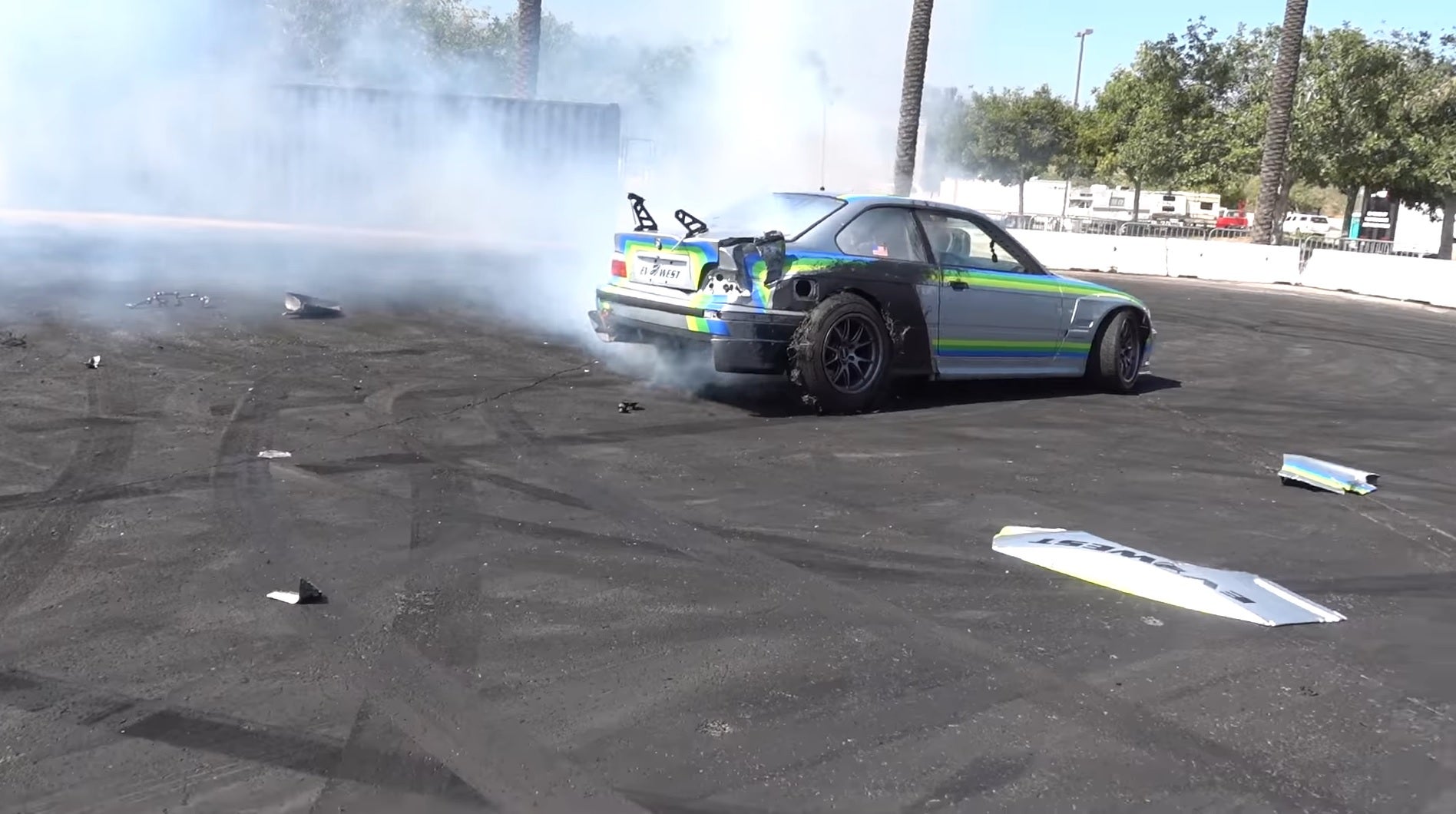 Do it for the Vine. I ain’t gonna do it.

Whenever a nice build gets hauled out to the Hoonigans Burnyard for an ill-advised shred, I get nervous. I’m a big fan of the electric hot rodders over at EV West. I like that they’re bringing electric tech to vintage cars, making modern EV racers incredibly fast, and doing it in an environmentally friendly way. The Tesla-powered Pikes Peak racer BMW E36 that the shop built is one of the coolest EV race cars out there. Or at least it was.

When shop owner Michael Bream took the E36 over to shred tires with the Hoonigan crew, he likely planned on loading it up at the end of the day in about the same condition as it had been when unloaded. It looks incredibly cool with the widebody kit on. Unfortunately, when cameras are rolling, humans have a tendency to wild out.

After a few doughnuts and drifts, Michael slammed the back end of the car into the side of one of the burnyard’s many trailers. This dislodged the wing and a taillight, putting a serious dent in the quarter panel. Then all hell broke loose when the peanut gallery egged him on. Blow up the tires, they said. It’ll be easy, they said.

I’m not one to advocate against hooning. In fact, I love a good burnout, drift, or J-turn as much as the next guy. But boy howdy did they do a real number on this one. No doubt it can and will be rebuilt to as good or better than its former glory, but that’s a lot of needless damage to a great car.

It’s hard to watch. But I can’t look away.