Change Is Inbound As U.S. State Preps To Classify Uber And Lyft Drivers As Employees 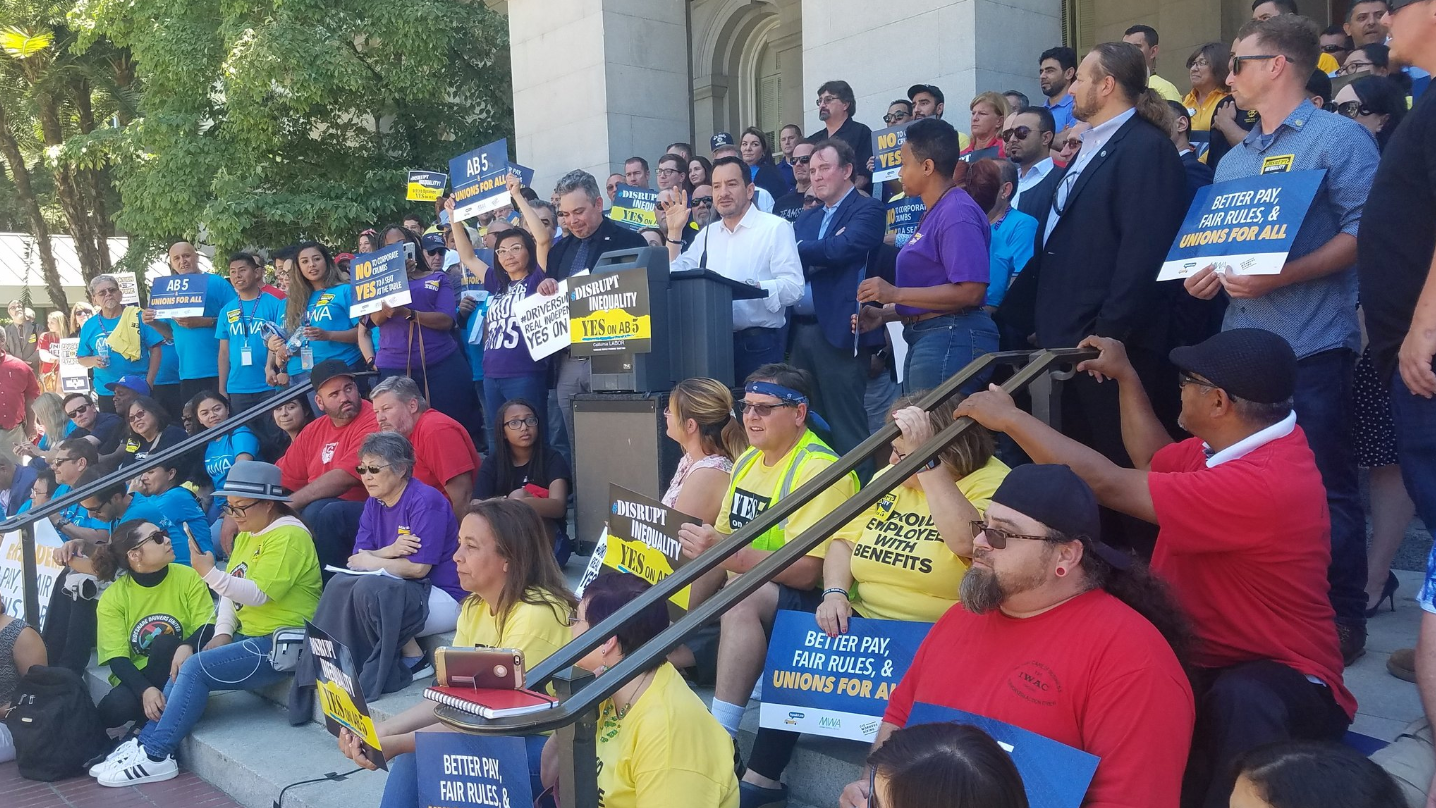 Rideshare drivers in California turned out in droves in support of a U.S. state bill that would classify them as full employees. They walked away this afternoon with another victory in what is and is likely to continue to be a long and ugly fight – and it could have global ramifications for the rideshare companies.

First introduced to the U.S. state assembly in January as U.S. state supreme court ruling from last May which wrestled with the same employment classification issue.

In determining whether a worker is a true independent contractor (as Uber, Lyft, and other “gig economy” platforms contend) or employees, there are a number of legal tests that, in simple terms, suss out whether the laborer has sufficient say in how and when the work is completed.

California’s supreme court, in applying the broader “ABC test,” decided contract drivers working for delivery firm Dynamex were improperly classified – opening the door for gig workers across the state to challenge their own status.

In Australia, this issue has recently reared its head in the realm of FBT and tax classifications.

Uber and the Australian Taxation Office (ATO) have been fighting for years over whether Uber has taxi status, which has had an effect on the likes of GST and price hikes.

In an email to Gizmodo, Samantha Gallegos, a spokesperson for Rep. Gonzalez, wrote that gig economy companies “are likely already misclassifying their workers under the Dynamex decision. Assembly Bill 5 will codify this decision and bring clarity to those professions and industries in which workers actually do operate as independent contractors.” AB5 overwhelmingly passed this past May, 53 to 11.

With the bill now working its way through various U.S. state Senate votes, rideshare companies have given their gloves a coat of tiger balm, pushing messages out to drivers that campaign against AB5.

A vague petition, sent to drivers in the state, urged them to “fight for driver flexibility and independence.” Many such drivers reportedly signed the petition, later regretting the decision when they realised they were helping undermine their own chances of employee classification.

Today’s protest outside the Capitol Building in Sacramento was also preceded by a counter-protest yesterday opposing the bill, obviously to the benefit of rideshare companies which reportedly paid to supply participants with free t-shirts and food.

According to the San Fransisco Chronicle:

Uber and Lyft held a rally outside the Capitol with dozens of drivers and their supporters from around the state. Drivers were handed “I’m Independent!” T-shirts and ate free lunch from a half-dozen food trucks the companies hired.

In the end, the pro-AB5 group, which consisted of drivers, activist groups like Gig Workers Rising, Rideshare Drivers United, Fight for 15, and trade groups like the Service Employees International Union, came out victorious: the Labour, Public Employment, and Retirement Committee of the California Senate voted in favour of the bill, 3 to 1.

That AB5 has made it this far despite the deep ties California has to these companies, the majority of which are based in the state, says a great deal about how far drivers have been able to shift public opinion on the gig economy.

However, the fight is far from over. The state Senate Appropriations Committee will hear the bill next and, if successfully passed, will head a to a full Senate vote. Assuming all goes well, Rep. Gonzelez’s team expects the law to go into effect January 1, 2020. This change is likely to have far-reaching – and possibly international – effects for all Uber and Lyft services.