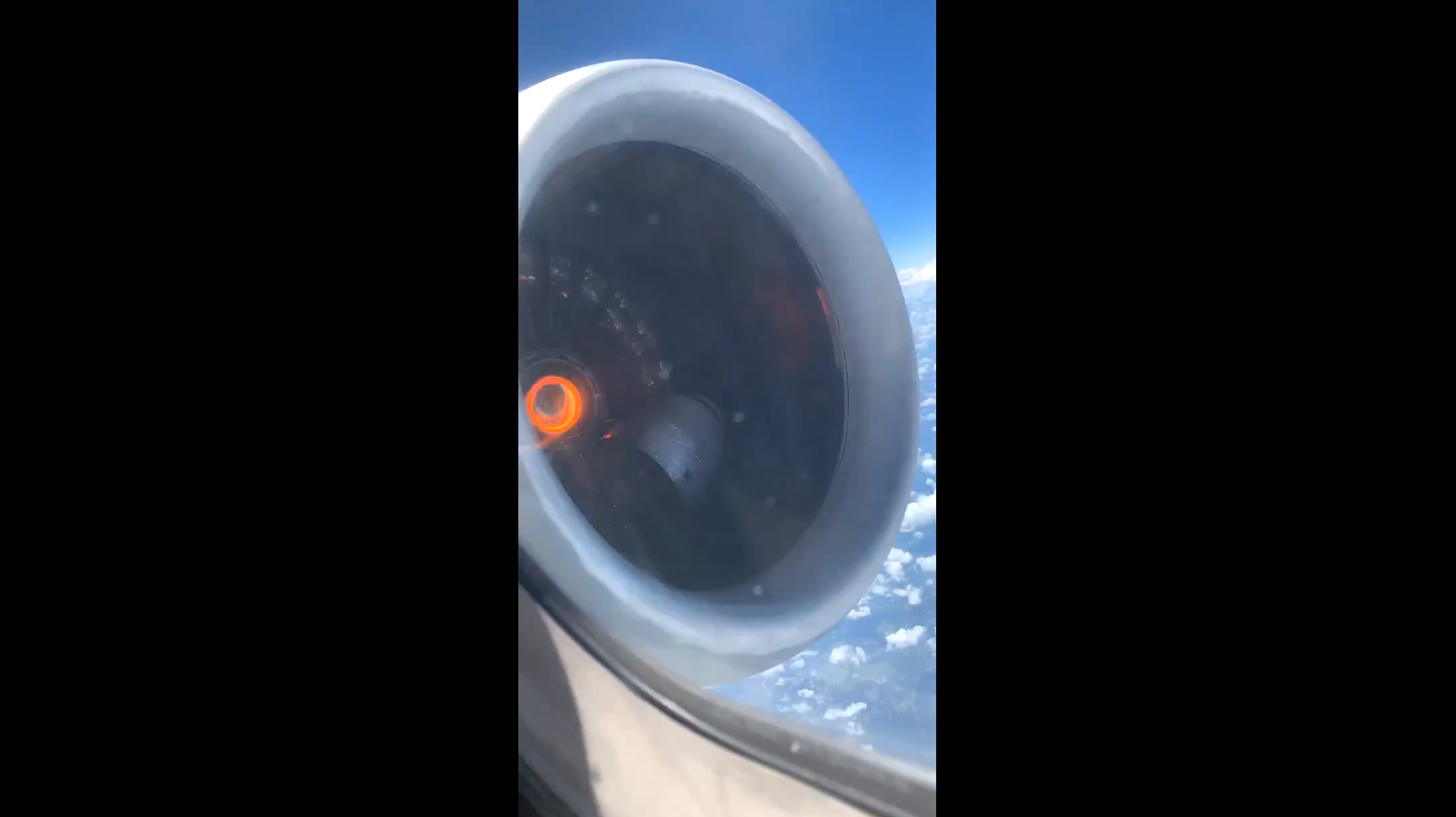 There are many things that one never wants to see out a plane window, and this is definitely one of them. In a video posted to Twitter by user Logan Webb, one of Delta Flight 1425’s engines can be seen with what appears to be its spinner completely detached and rattling around in the inlet, all while an extremely ominous orange glow emanates from deeper within from the still-spinning shaft.

Video I took from my seat on my flight from Atlanta to Baltimore yesterday! Thanks @Delta for the silly smooth emergency landing! #perfect #execution To use this video in a commercial player or in broadcasts, please email [email protected] pic.twitter.com/TUFzREl0Lc

Flight 1425, which per ABC News was “32-year-old [McConnell Douglas] MD-88 with the engines mounted on the fuselage near the tail,” had departed from Hartsfield-Jackson International in Atlanta, Georgia at around 12:48 p.m. on Monday afternoon local time en route to Baltimore-Washington International before the incident struck about an hour into flight.

Fortunately, the flight crew was able to make an emergency landing at Raleigh-Durham International at around 2:27 p.m. with all 148 passengers on board unharmed, if shaken.

Delta told ABC News in a statement that the flight crew received “an indication of a possible issue with one of the aircraft’s engines.” That could fairly be qualified as an understatement, per ABC News:

“We are declaring an emergency. We will need crews out there on the rollout,” a pilot could be heard telling air traffic controllers on LiveATC.

… “After we heard the boom, we just saw all this smoke come up into the cabin and that’s when we really started freaking out. … It started slowing down a little bit and it was getting hot. The air cut off,” passenger Avery Porch told WMAR-TV. “I was about to be the first person to jump off.”

Tyler Kreuger, Porch’s boyfriend, said that even though he had no service midair, he still texted his parents: “I love you.”

Passenger Jack Leonard told ABC 11, “We heard and felt everything… It was extremely terrifying to be honest. Once it went, you had no doubt that it was major trouble and then seconds later smoke started filling the cabin in the back. You could smell it. It smelled like burning metal and the cabin started to vibrate.”

Delta has apologised for the inconvenience and gave passengers $45 food vouchers while they waited in Raleigh, according to ABC News. The passengers eventually landed at around 8:30 p.m. local time.

According to Popular Mechanics, the MD-88 is the “oldest plane in service with any major U.S. airline” and has earned a notorious reputation among pilots due to its antiquated controls, cramped cockpit, and extreme noisiness.

In 2017, Bloomberg reported that Delta had taken to offering junior pilots fast-track to captain status if they agreed to fly routes using the jet – which Delta is planning to retire by 2020. However, Delta told ABC 11 the MD-88 involved in this particular incident has already had its engine replaced and is slated to resume flying on Wednesday.

Gizmodo has reached out to Delta Air Lines for further comment on this incident, and we’ll update if we hear back.