The Switch Lite Seems Nice, But What I Really Want Is A Switch Pro 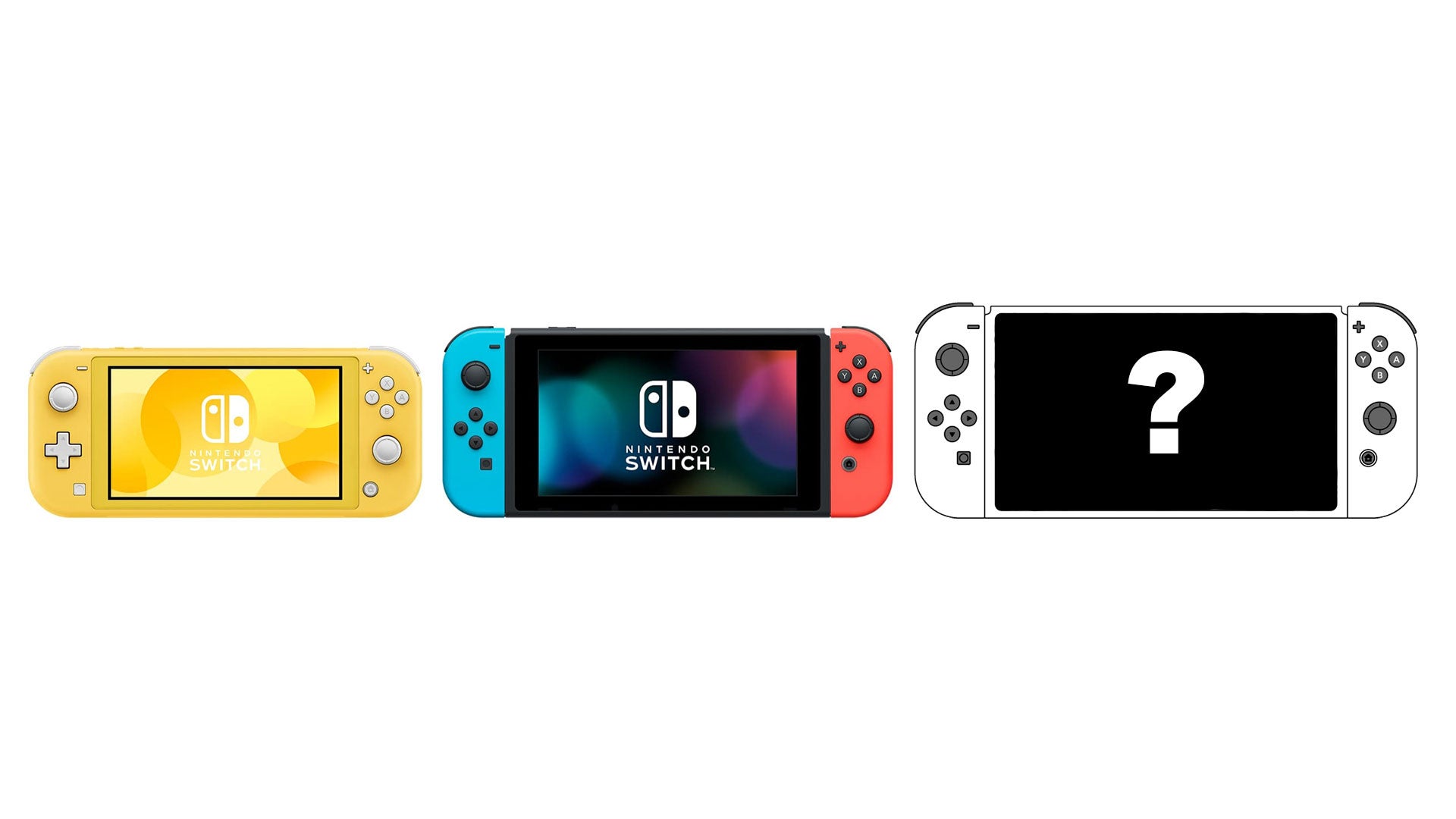 Last week, Nintendo finally announced the long-rumoured Switch Lite and it looks good. At $US200 ($287), even though it doesn’t have support for the standard model’s docking feature, the Switch Lite seems like the natural upgrade for anyone still clinging to a 3DS, and a perfect handheld companion for long car rides or plane flights. 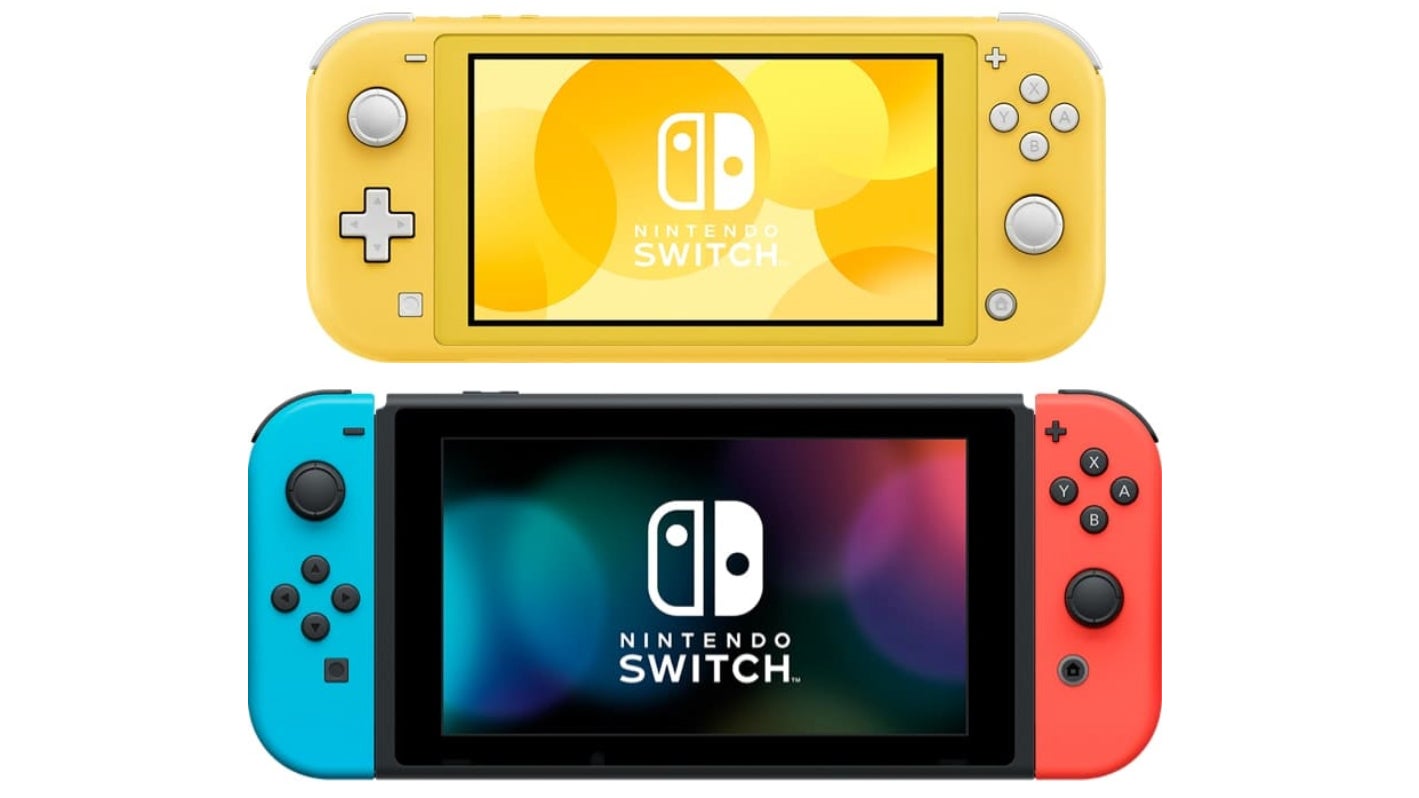 Confirming rumours and speculation based on leaked photos of cases and other accessories, today Nintendo revealed the new $329 Switch Lite portable console that sheds a bit of weight, a bit of size, and quite a bit of functionality to hit a price point that’s $140 cheaper than the wonderful original Switch. But are the sacrifices worth the savings?

But for someone who has owned a Switch since launch, the Switch Lite holds no appeal for me. What I really want is a Switch Pro.

While this idea might sound like a pipe dream, there’s some evidence Nintendo is already gearing up to make this a reality. Back in March, the Wall Street Journal reported that Nintendo was preparing to launch two new versions of the Switch: “a cheaper option for casual gamers” which is almost certainly what became the Switch Lite, and a version with “enhanced features targeted at avid videogamers.” In other words, a Switch Pro.

More recently, a new FCC filing suggests that Nintendo is planning on upgrading the Switch with a new SoC (which is a fancy term for a gadget’s CPU, a different type of flash memory, and a new circuit board to accommodate those components.

Furthermore, as detailed in a report by Digital Foundry, numerous lines of code in one of the Switch’s recent firmware updates add even more weight to the potential development of a more powerful Switch. In version 5.0 of Switch’s system software, there are references to an unknown component codenamed Mariko that features revision number t214 or t210b01 instead of the typical t210 designation reserved for the Nvidia Tegra X1 chip used in the current Switch.

On top of that, a more powerful and more expensive version of the Switch makes a lot of sense for Nintendo’s portfolio. With the new $329 Switch Lite slotting in beneath the $469 standard Switch, it feels like there’s ample room for a $600 or $650 Switch Pro to bookend the other side of Nintendo’s price range.

But strangely, while Nintendo saw fit to announce the Switch Lite before it goes on sale later this fall, there’s been no official word about a Switch Pro. Here’s what I’d want to see.

This would have to be the number one upgrade on a Switch Pro. As it stands, the Switch features a 1280 x 720 LCD screen which seems downright archaic in a day when even $300 budget phones come with 1920 x 1080 displays. The Switch’s current screen also isn’t very bright or colourful by modern metrics, and its bezels take up a lot of space that could otherwise be used to increase the size of its screen without expanding the Switch’s overall dimensions. 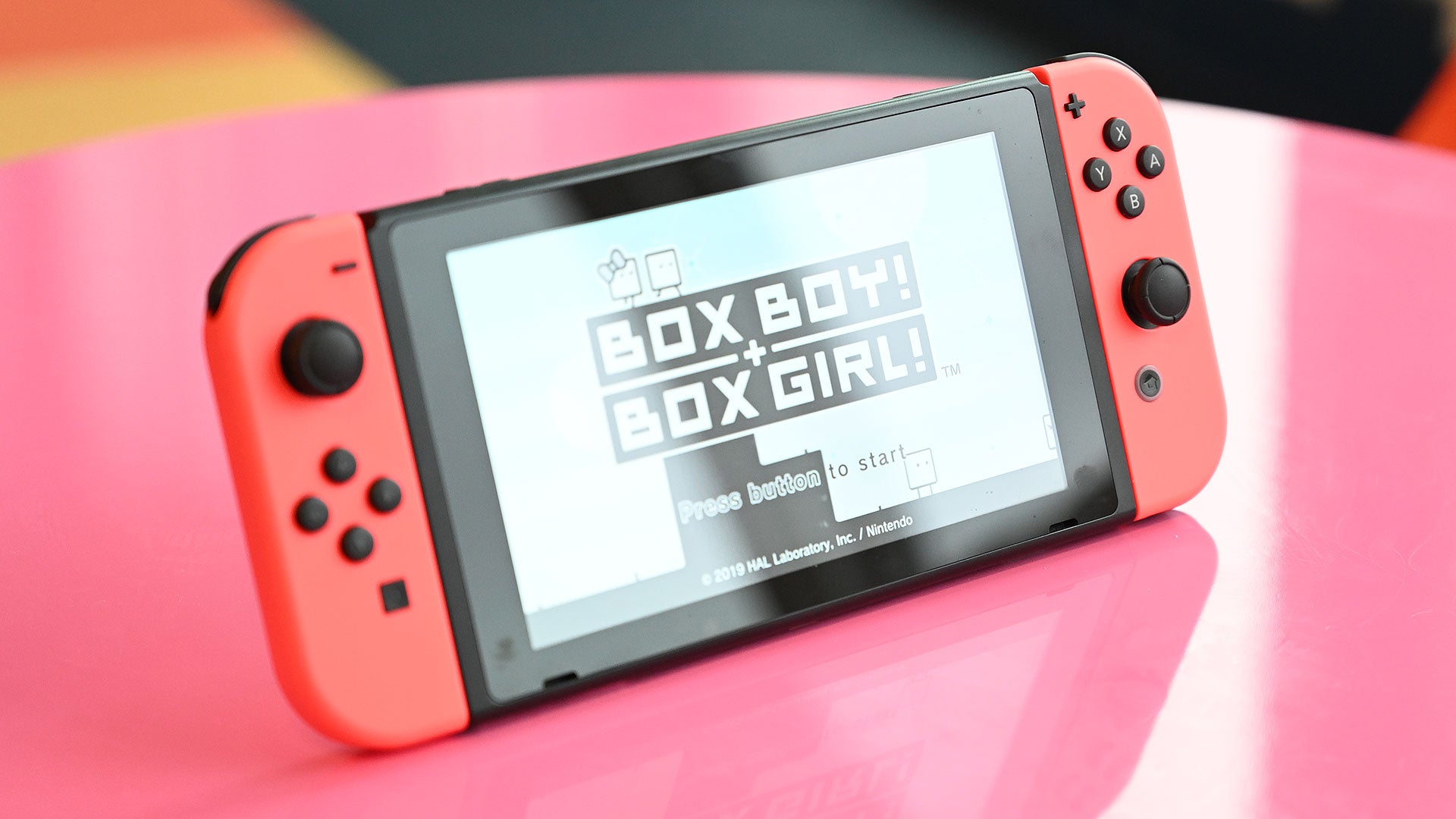 Even though I’m inside on a cloudy day, because the Switch is facing a window, glare dominates the screen. (Photo: Sam Rutherford, Gizmodo)

But even more than the display itself, the front of the Switch’s screen is plastic, not glass, which makes it incredibly prone to scratches. Moreover, out of all the modern gadgets with glossy screens, the reflections you get off the Switch’s screen are infuriating. Using the Switch in handheld mode on a sunny day (both indoors and outdoors) often results in your own ugly mug staring back at you while you’re trying to game. I’m not trying to solve some puzzles here, not count the number of times I blinked while playing Box Boy and Box Girl.

And if Nintendo wants to go even bigger from 15cm to 7 inches or more, I’d take that too. The standard Switch is portable, but it’s doesn’t fit in a pocket, so making the Switch Pro just a bit bigger would be a welcome change. (Bigger Joy-Cons would be a treat too.)

Another side benefit of giving the Switch Pro a larger display is that it could also give Nintendo more room to cram in a bigger battery. Depending on the game (like Breath of the Wild), it’s possible to kill a Switch’s battery in under three hours. And that’s before you consider the degradation in longevity that all batteries suffer from over time. Regardless, a bigger battery is a pretty simple request with a lot of benefits. Longer handheld play, more juice to power a larger screen, and even the ability to offer increased performance.

While I’d really like Nintendo to keep the Switch’s headphone jack on the Pro, Nintendo needs to add support for Bluetooth audio devices too. The trends are evident, more and more people are ditching wired headphones and headsets for wireless alternatives, and it’s long past time for the Switch to respond to that. 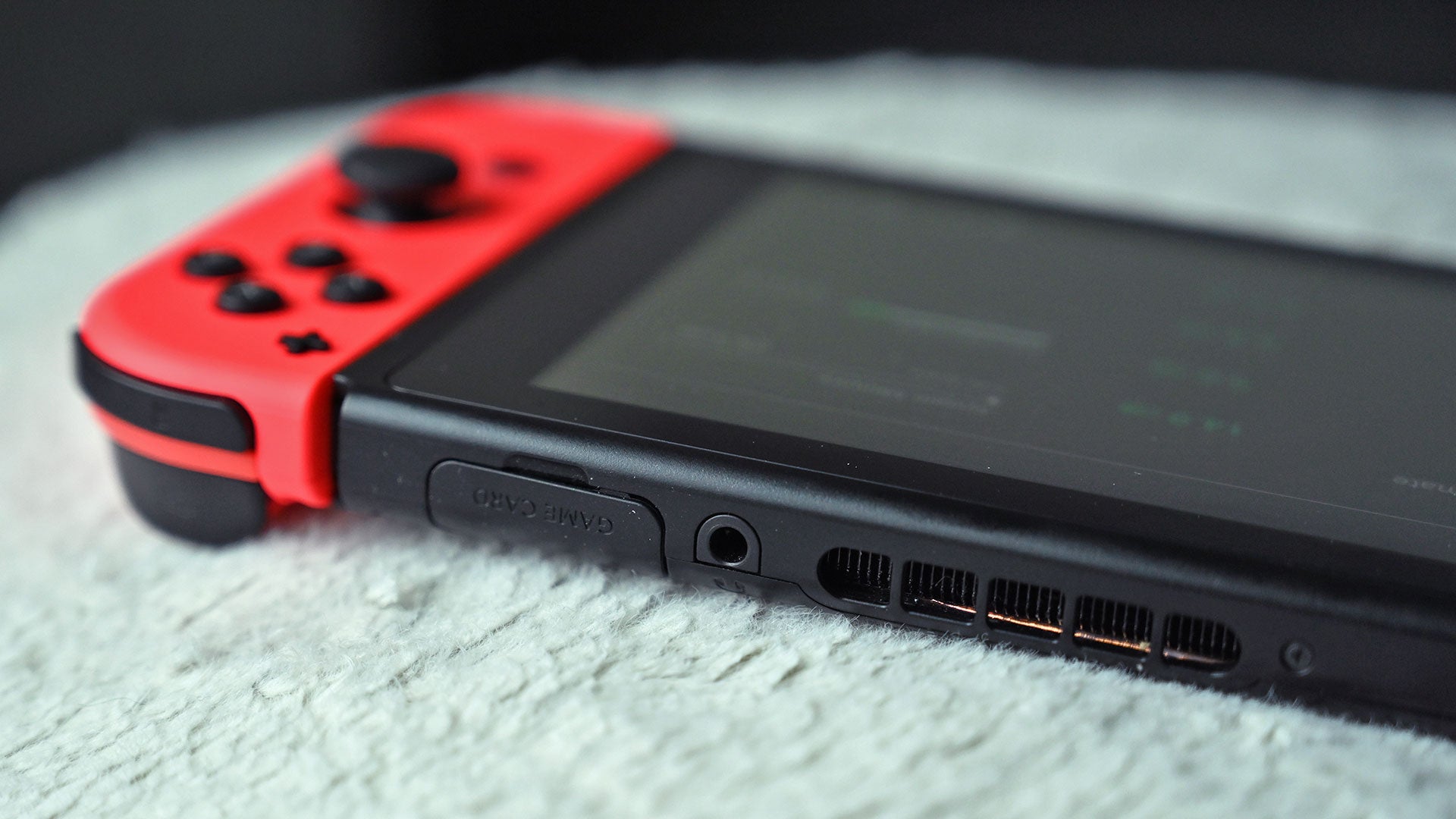 Both the Xbox One and PS4 support wireless headsets, and while technically so does the Switch via its smartphone app, that solution is just way too clunky. There are even games like Fortnite for Switch that support broadcasting in-game audio and voice chat wirelessly, but to take advantage of that, you need to buy special third-party controllers.

While a lot of Switch games have pretty reasonable file sizes (Mario Odyssey is 5.5GB, and Super Mario Party is less than 3GB), others like Super Smash Bros. Ultimate (14.9GB) and Breath of the Wild (13.4GB) aren’t quite so petite. Buying both of those games digitally and downloading them to the Switch will max out the system’s 32GB of onboard storage. Because I was so worried about storage, I opted to buy a physical copy of Zelda. (Photo: Sam Rutherford, Gizmodo)

Yes, you can add on more space via the microSD card slot. But the standard Switch’s storage is so small it causes a type of storage anxiety. Because I’m always worried about running out of room, I tend to install everything to a microSD card. This habit results in slightly slower loading times than you would get if games were running off of the Switch’s internal flash memory. Sigh.

Now compare that to the 1TB of storage you get on an Xbox One X or S or the 500GB of base storage you get in the least expensive PS4, and it’s easy to see why the next Switch needs a storage bump.

A lot of people like to make fun of the Switch’s kickstand. It’s kind of flimsy, doesn’t always work, and sometimes it feels like it’s going to break if you look at it wrong. But the Switch’s kickstand is more of a case of a good idea with bad execution. While it might sound ridiculous, I’ve lost count of the number of times I’ve seen people playing the Switch in real life in a bar, at a mall, while waiting in line, or even on a roof, all while keeping the Switch propped up via its kickstand. 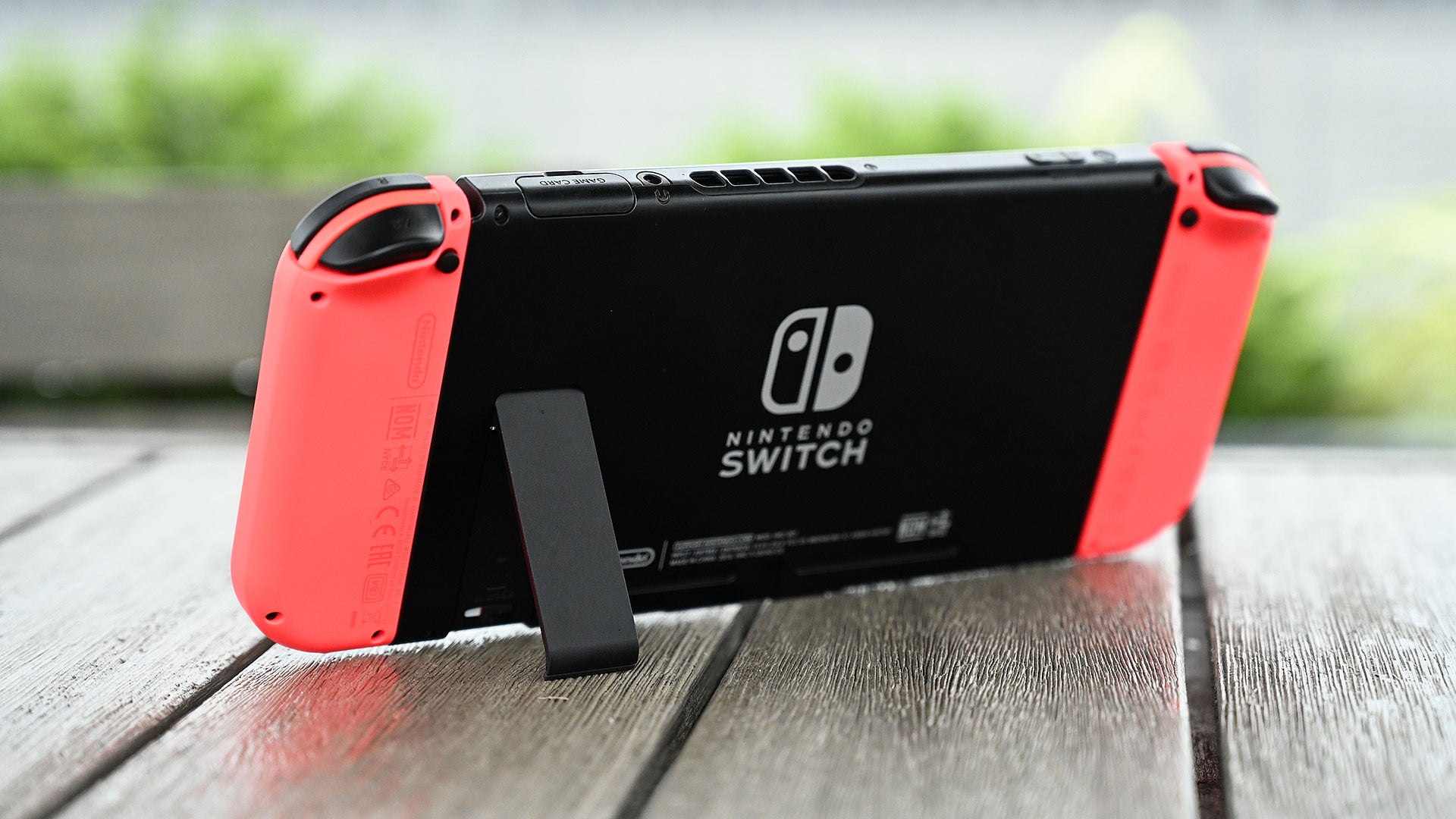 The Switch’s kickstand is a good idea (more gadgets should come with them), it just needs to be sturdier, more like what you get on a Microsoft Surface.

Bonus: The D-pad from the Switch Lite

One sort of sneaky thing Nintendo did for the Switch Lite was replacing the four face buttons on the left of the system with a traditional D-pad. A lot of Switch fans have been clamoring for this from the start, though I understand why Nintendo didn’t do it, as it would have detracted from the Joy-Con’s ability to serve as both one half of a controller while also doubling as an independent gamepad. But after seeing it on the Switch Lite, putting a D-Pad on a system targeted at gaming enthusiasts makes sense.

But wait, you didn’t mention faster performance. Yes, but as I detailed above, Nintendo seems to be already working on that. And while it would be nice to see Nintendo add support for 4K TVs to a Switch Pro, I’m not sure the Switch really needs it, or could even support resolutions that high without an entire redesign.

With games like Mario Odyssey and The Legend of Zelda: Breath of the Wild, Nintendo has proven like it has numerous times in the past that faster clock speeds and more video RAM aren’t required to make an amazing game. And when you add in the flock of indies like Stardew Valley, Overcooked 2 and more that have rushed to support the Switch, it’s clear graphical horsepower isn’t one of the Switch’s significant limitations.

But that’s just me, what else do you think Nintendo needs to add on a Switch Pro?