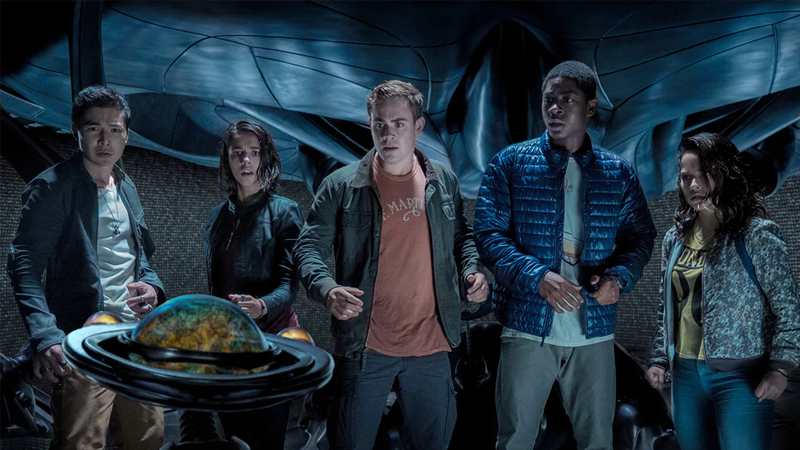 Our would-be-heroes find themselves flung into a bizarre world. (Image: Lionsgate)

Last week, Dacre Montgomery – of Stranger Things but, more importantly here, Power Rangers fame – seemingly confirmed something we’ve been expecting to happen for a while: Now that Hasbro owns the Power Rangers franchise in its entirety, the 2017 movie reboot is, uh, well… being rebooted itself. And I’m weirdly sad about it.

If you go back into Gizmodo’s archives, you’ll likely see many — god, so very many — articles from myself expressing, to put it delicately, apprehension about the 2017 Power Rangers movie. And yet, despite all that hesitance going in, I ended up actually liking the movie an awful lot.

It wasn’t for the high tech spacey-supersuits replacing the lustrous lycra I remember from my childhood. It wasn’t for the bizarre, alien take on the team’s zords, a bizarre mix of prehistoric monster and molten pile of metal. It wasn’t even for Elizabeth Banks’ masterclass in camp as Rita Repulsa, climaxing with a reckless abandon unseen in cinemas since the original Power Rangers movie as she sashayed down a burning street demanding of the fleeing humans around her the location of a Krispy Kreme. A moment so spectacularly bad, it became good, wrapped back round to bad, and then still had enough camp energy to become good again. 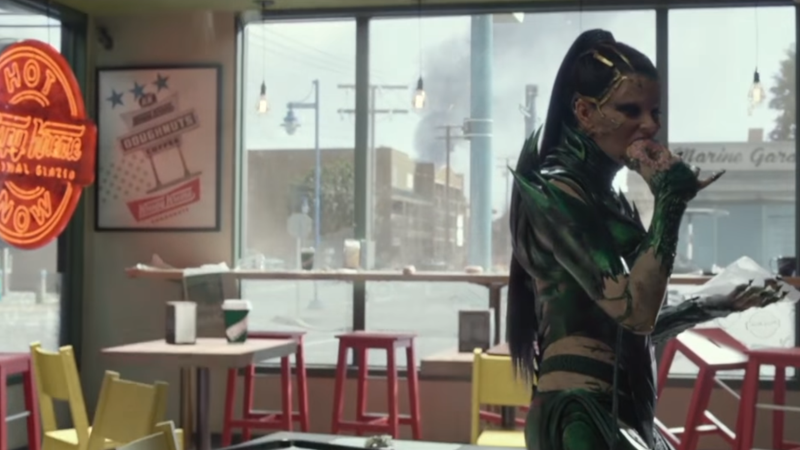 Instead, to my own surprise, I cared about the times our heroes were beating up bad guys in technicolor superhero armour way, way more than I ever have in a lifetime of watching Power Rangers and its source series, Super Sentai. And… I loved it?

Power Rangers is barely actually a Power Rangers movie, which is likely why it flopped like it did at the box office.

It’s a superhero movie for pretty much only its third act and a high school coming-of-age drama for its opening two. But it’s in there it forges a really interesting set of characters in Jason, Billy, Kim, Zack, and Trini, giving them problems and stresses that not just provided them added depth their counterparts in the original show never had the time or inclination to have, but actually made them feel like real teenagers.

In Mighty Morphin’ Power Rangers, that catchphrase basically meant that these kids did taekwondo after school and occasionally rollerbladed. In Power Rangers 2017, it meant they were belligerent, defiant, angry young kids — mad at the world, mad at themselves, mad at each other, frustrated and put upon and, well… that’s what being a teenager is like, isn’t it? 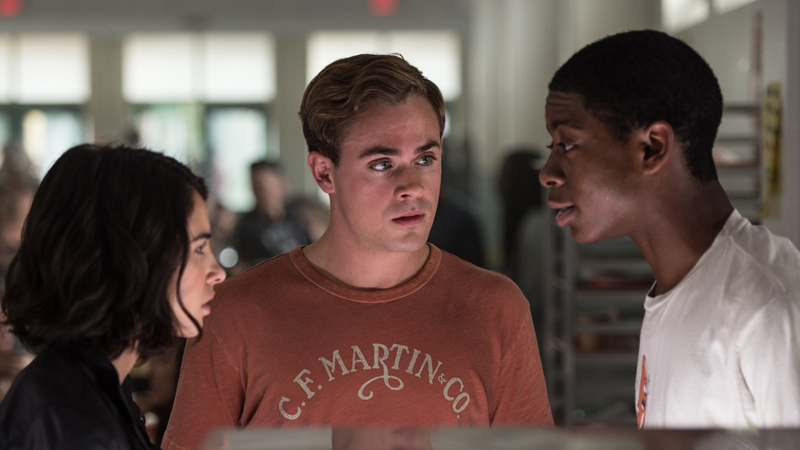 Each member of the team has to deal with expectations enforced by those around them — by friends and family, by school, by society, and ultimately by Zordon as he tried to desperately rush them into stepping into the shoes of his fallen comrades as the Power Rangers.

Watching each of these characters have to learn not just to grapple with those issues, but grow from them and actually be capable of working with each other, was incredibly gratifying to watch unfold. Even if the more primal part of my brain just wanted them to get over it and get to morphin’ time already!

It reminded me, in many ways, of Boom Studios’ excellent Power Rangers comic. That series has fleshed out the original Mighty Morphin team in some truly stellar ways since it began in 2015, similarly injecting drama and conflict and a sense of teenaged realism to these characters they lacked in their TV form.

It’s been afforded that opportunity by virtue of being able to tell a long-form, ongoing character-driven tale over the course of four years. That the Power Rangers reboot attempted to do that for the majority of its run time, ahead of planning to tell an arc for these heroes across seven entire movies, was indeed an incredibly bold choice, even if it’s clear now it didn’t pay off. 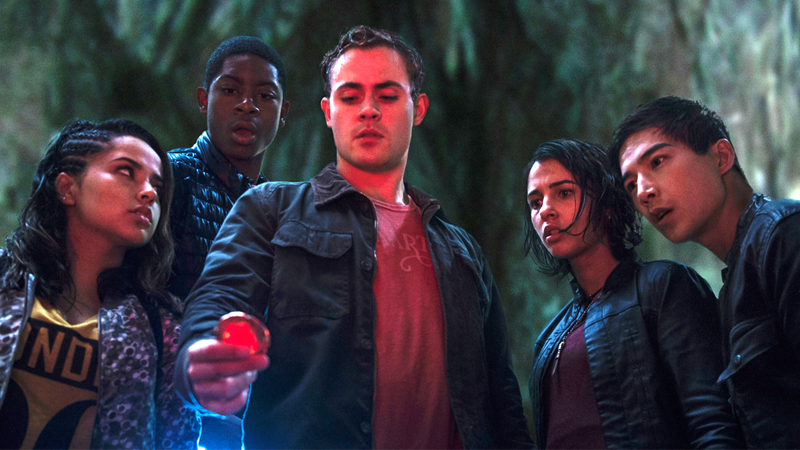 Everyone may have wanted Jason to take that coin and be immediately kicking putty arse, but Power Rangers isn’t that kind of movie. (Image: Lionsgate)

In the modern era of superhero films, where Marvel and DC have delightedly bludgeoned the ephemera of superhero storytelling over our heads time and time again, we’ve mostly moved away from origin stories, or the moments our heroes find themselves and find each other before they click as the superpowered person of the hour, or as the comic book team-up we’ve been waiting years for.

Power Rangers stood out in that regard, for better or worse, with its slower, deeper build-up of its heroes before finally giving us the cathartic release of blasting that familiar theme tune as our heroes rode out in their Zords. It made that moment so cathartic, because now there was simply more than fanservice to it — there was a group of characters you really cared about. It felt earned, instead of cheap heartstring-pulling. 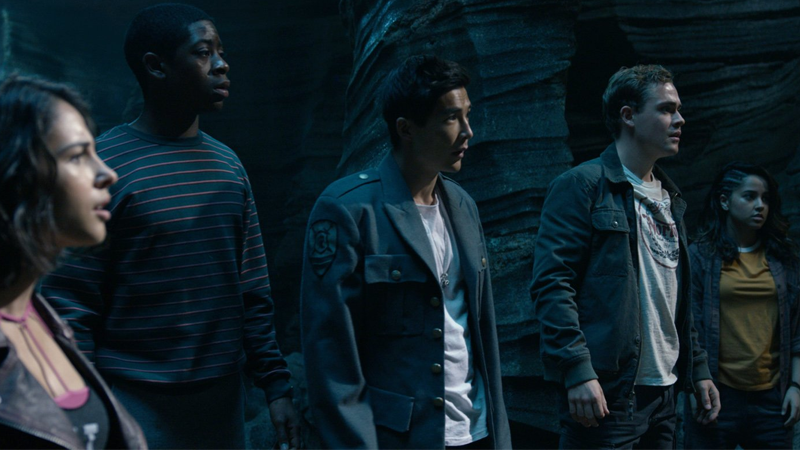 Watching these kids become a unit was the most satisfying part of this movie. (Image: Lionsgate)

It’s something that the Power Rangers TV shows never really took the time to do because every week you were just waiting for them to morph, somersault into action, and then call up some giant robots to smash a monster in the face. And now, with a reboot inevitable, sadly none of it ultimately mattered.

But I still appreciate that it took that gamble and gave us not just some teens with attitude, but teens with heart.

Whatever Hasbro does with the future of Power Rangers movies, I hope it remembers that. That way, even if this particular version of the Rangers won’t continue, the very best of their legacy will live on in the Morphing grid.