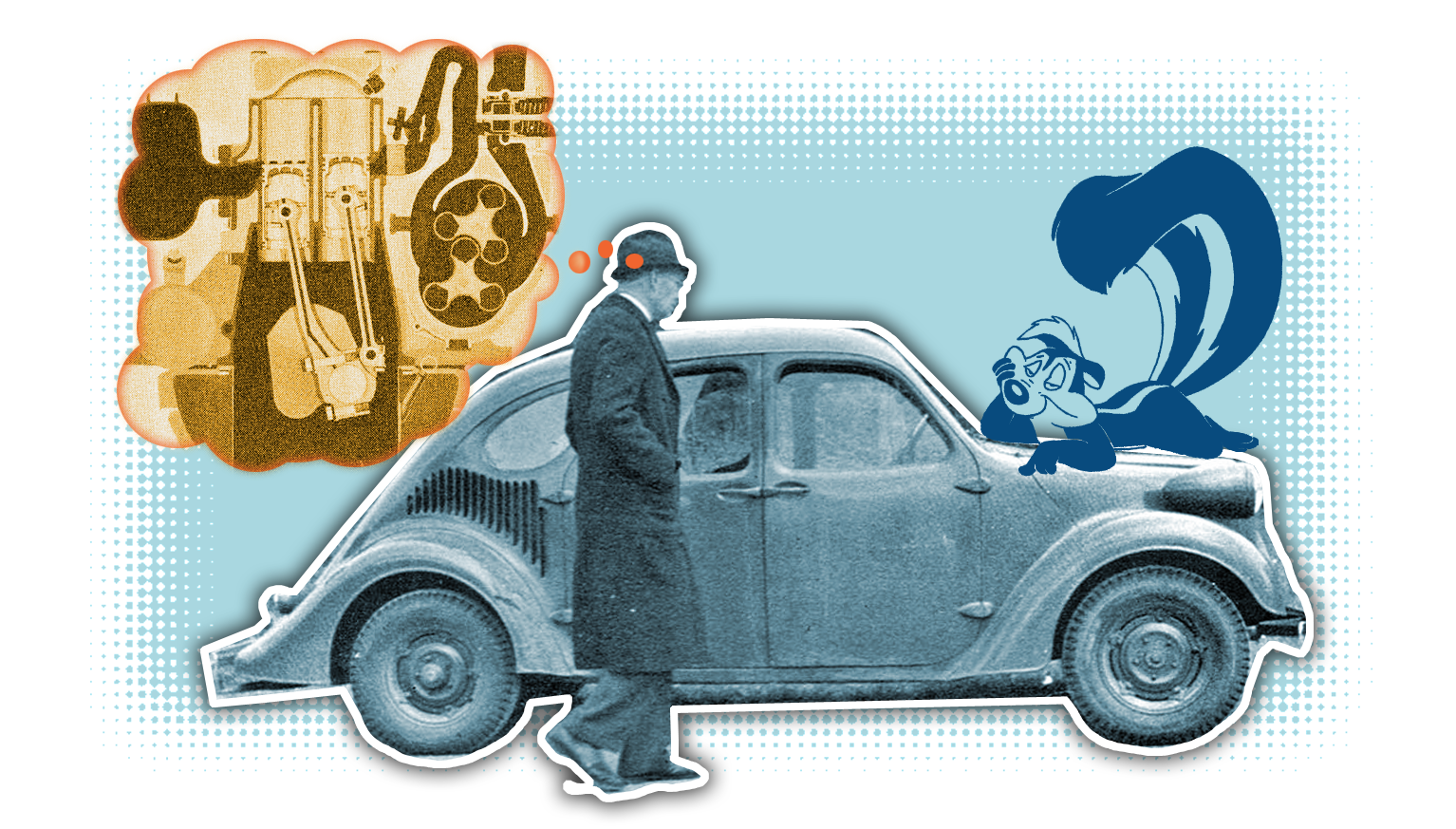 If I had to pick one time in history to be an automotive engineer, I’d have to pick the mid-to-late 1930s. As someone who loves rear-engine designs, it was the Golden Age. While most of the rear-engine pioneers we normally think about were European, there was some fascinating work going on in America, and some of that work was far more radical and strange than you’d think. Like what GM was doing.

Back in the ‘30s, everyone seemed to agree that the future would be two things: rear-engined and streamlined — at least in the limited way they understood aerodynamics back then. Almost every major automaker was doing at least some research into light, aerodynamic-ish, rear-engined cars. 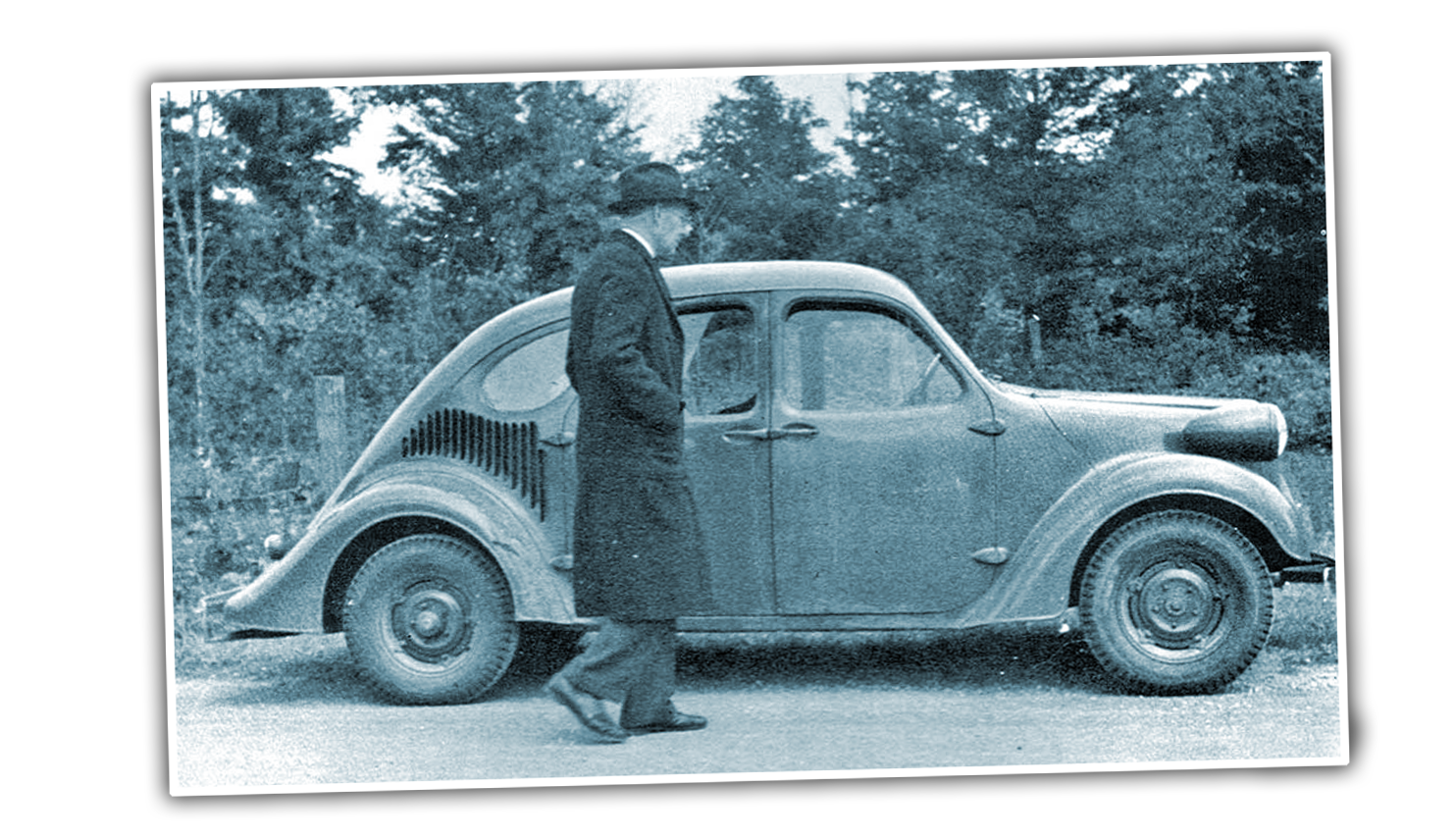 Starting with the work of Edmund Rumpler in the 1920s, the idea that the future of cars would have its guts in its butts soon became the go-to template for future car concepts. This line of thinking influenced designers like Porsche, Ganz, Ledwinka, Tjaarda, and others. Its most famous and successful realisation was likely the iconic Volkswagen Beetle and, later, the Porsches 356 and 911.

During the fevered heyday of the research and development of these cars in the 1930s, there was almost an unspoken obligation for every major company to have some kind of rear-engine project happening. Mercedes-Benz was developing their 130H and 170H cars, Tatra was making their big, elegant V8 rear-engine cars, there was the Stout Scarab, and so on.

In America, the Big Three had their own projects, like the REO Doodlebug or John Tjaarda’s Lincoln Zephyr designs for Ford, and, of course, GM wasn’t about to be left behind. 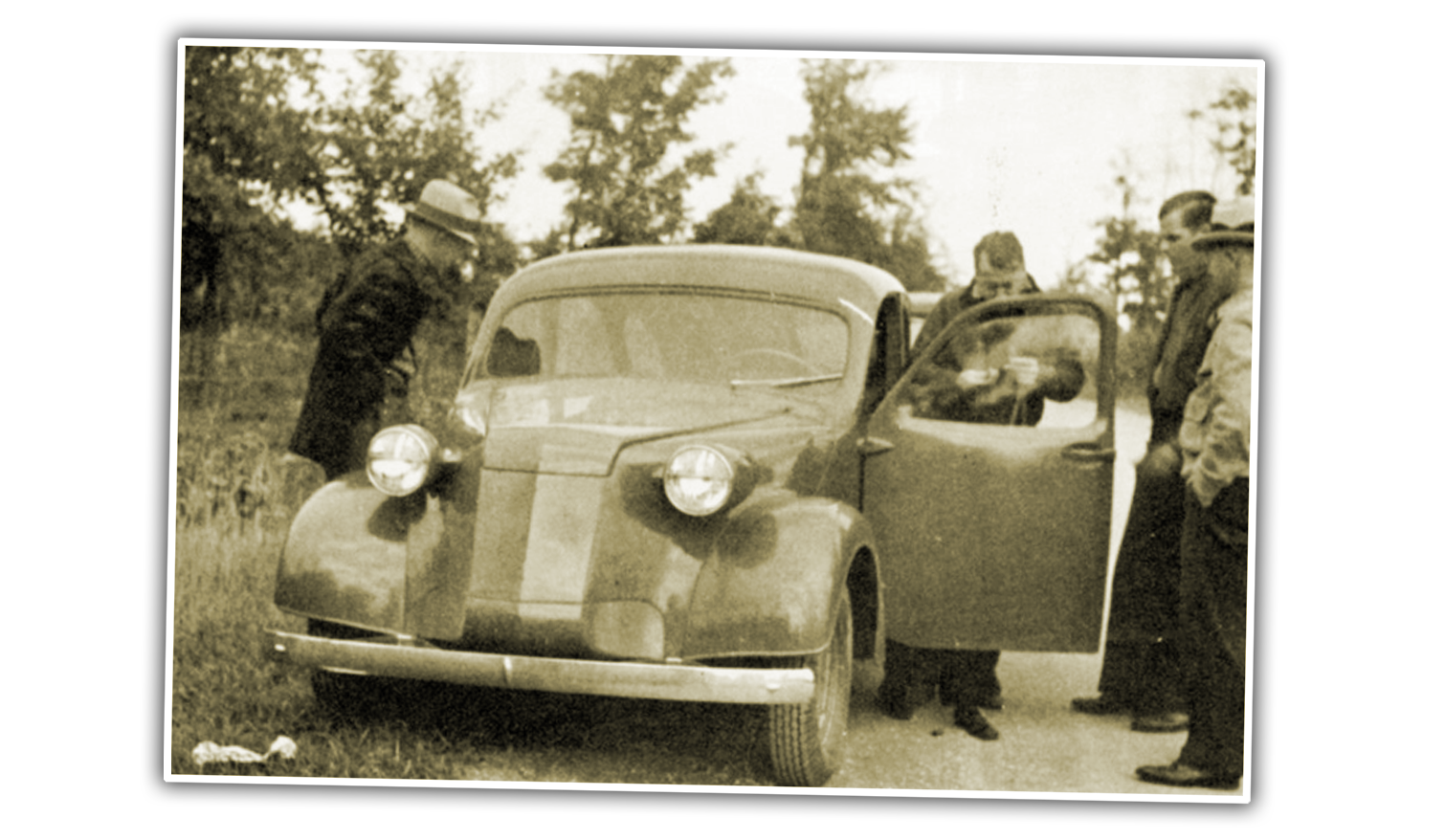 In fact, if you judge these cars on a scale of technical weirdness, GM had less of a chance of being left behind than a born-again baby on Rapture day: these cars were deeply, gloriously weird. 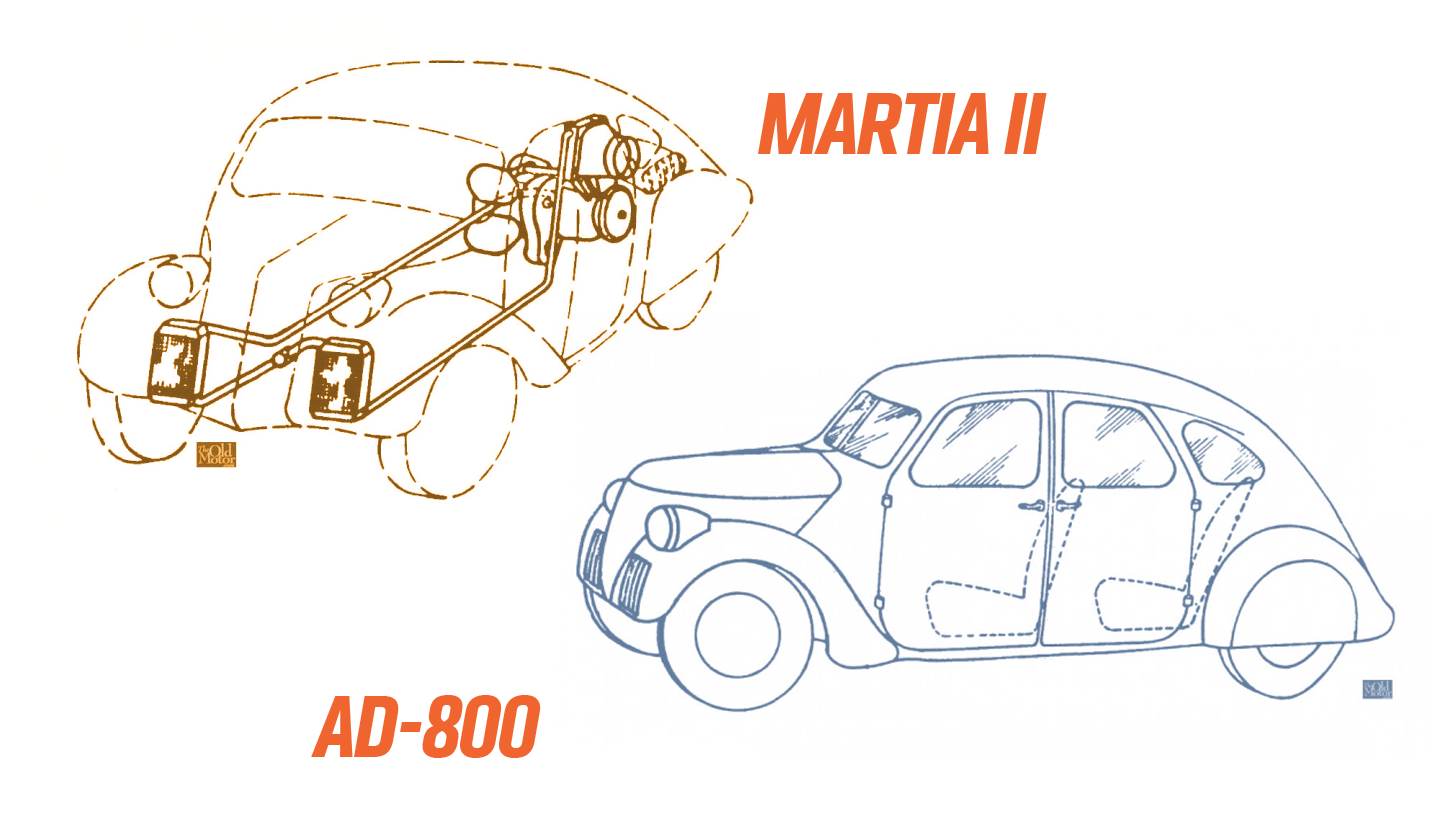 In overall design, they weren’t that different than anyone else’s rear-engine experimental futuremobiles: vaguely beetle-shaped, lots of vents on the back, but fairly conventionally sized and styled. GM’s were unibody designs, which is somewhat novel, but not that shocking.

What was shocking was the engine design.

The engines used for the three experimental cars the team made — called Martia I, Martia II, and the less-poetic AD-800 — were X-4-layout engines.

Right there, a radial-type engine with its cylinders laid out in an X, that’s plenty weird already, but that’s just barely scratching the weird frosting off the weird cupcake of these engines.

These X-4 engines actually had eight pistons, because each cylinder was actually two parallel cylinders with two pistons, with one piston handling the intake, one handling the exhaust, and connected by an inverted-U-shaped combustion chamber.

These were water-cooled engines, and, in a detail that predicts modern hypercars like the Bugatti Veyron and Chiron, the cars used multiple radiators. The Martia I used three (two front, one rear), while the Martia II and the AD-800 made do with just the front two.

If that’s not weird enough, these were two-stroke engines, and had a Roots-type supercharger as well. Except, get this, the supercharger wasn’t used for the normal job of compressing the fuel-air mixture to send into the intake manifold, but for the opposite job: to better extract the spent fuel-air mixture out of the exhaust manifold, and then, because two-strokes don’t usually burn everything the first time, sending that mixture back through the intake manifold.

It was sort of like the first exhaust-gas recirculator system, and Schjolin’s team claimed it made the two stroke 15-20 per cent more efficient than a comparable four-stroke. They also claimed these cars got 45 MPG.

So, why didn’t these experiments take off? 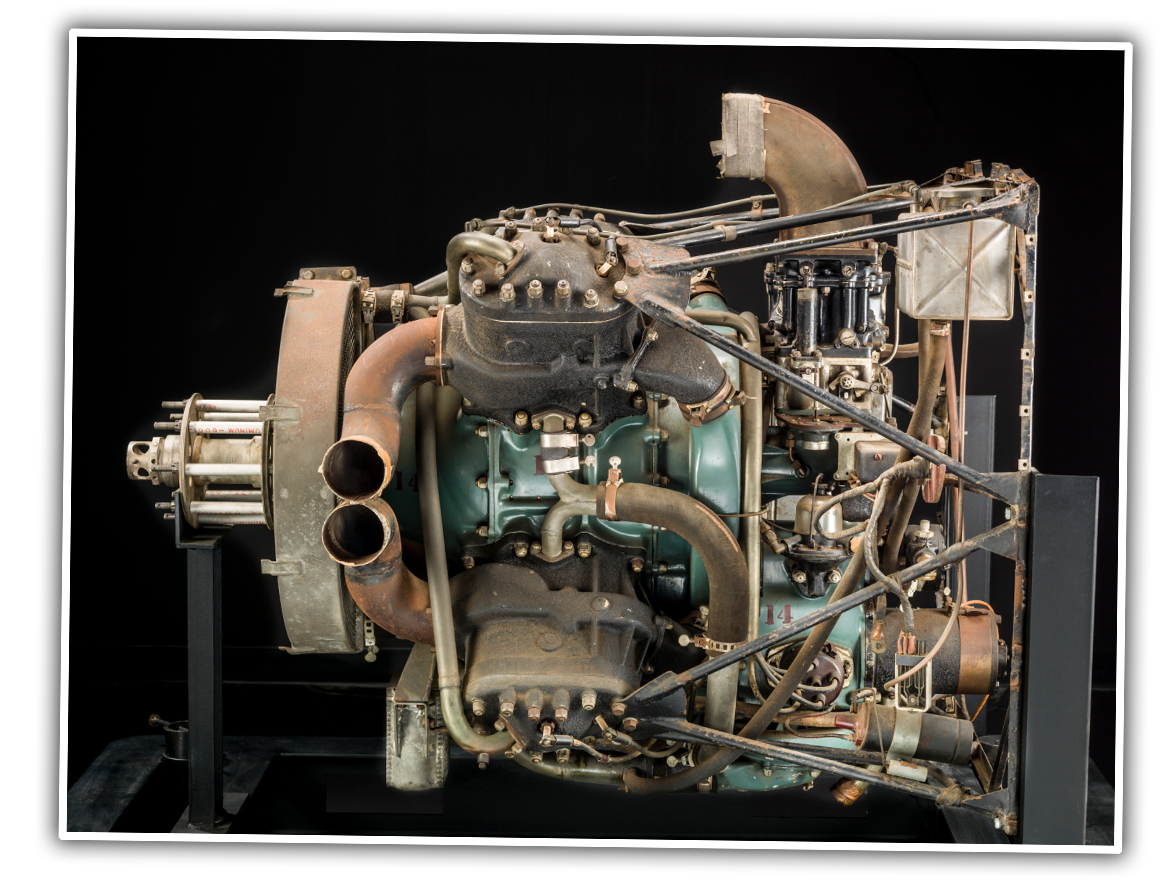 I have to imagine that the maddening complexity of these engines (especially compared with what GM was building in the ‘30s) had to be a factor, though there is one much stranger and funnier reason.

According to Michael Lamm of The Old Motor,

One of the great drawbacks of these powerplants was their exhaust odor at light loads. George Hallett, one of the engineers I talked to about this project back in 1971, said the exhaust smelled “…like a combination of tear gas and skunk.” Another engineer, Marion Fast, told me, “…these were the stinkiest engines ever built – absolutely impossible from an emissions standpoint, even in those days.” But by force-scavenging both the 130 and the 160 with the same-sized pump (supercharger), the team found that the larger engine had less blow-through and a less obnoxious exhaust smell.

So, yeah, I can see how an odor of “tear gas and skunk” might be the sort of little nagging detail that would turn off certain fussy car-buyers.

Engines derived from these designs were tested in aircraft, where I suppose the smell was less of an issue.