Did Nike Not Get The Memo On Plastic Beads?

For the longest time, pockets of nothing but air were Nike’s secret to making comfortable shoes. But today the company revealed its new Joyride technology, which instead fills shoe soles with thousands of tiny foam beads. Nike promises the new design increases shock absorption, but the new design comes at a time when beads and plastic pollution are an ever-growing concern.


Nike claims the inspiration for its Joyride technology, which has actually been in development for close to 10 years now, came from athletes who preferred running on softer surfaces instead of asphalt or concrete. To help recreate that feeling no matter where a runner’s course may take them, Nike’s new Joyride shoes feature strategically positioned pockets — or pods, as the company calls them — filled with close to 8000 tiny squishy beads made from TPE, or Thermalplastic Elastomer: a mixture of plastic and rubber. 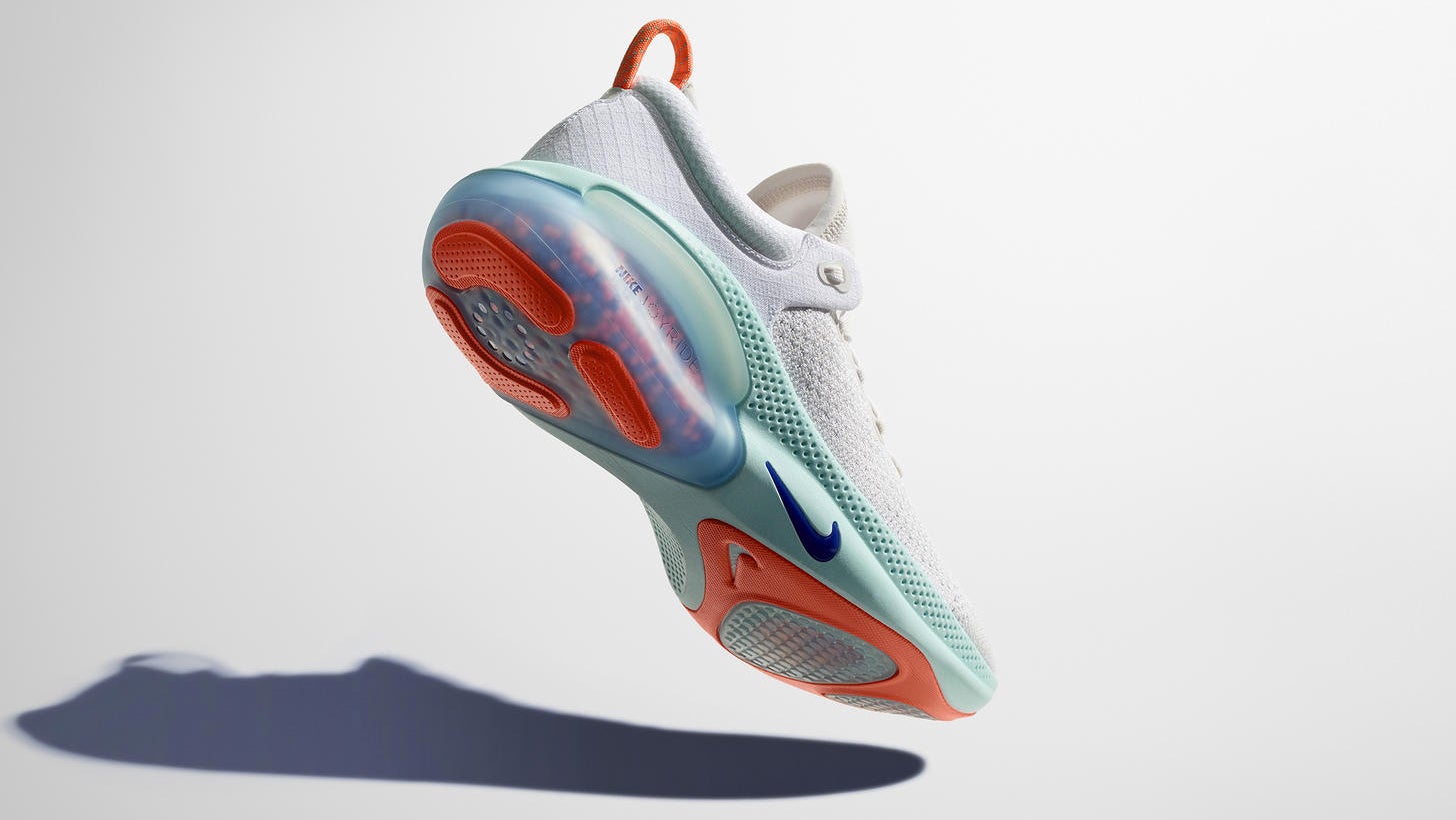 The bead-filled pods get denser as you move from the front of the shoe to the back, with almost half of them located in the heel area to provide extra cushioning where the foot makes its initial impact with the ground.

Nike claims the technology offers somewhere around 14 per cent better shock absorption when compared to the performance of several of its more popular running shoe designs already on the market. And because the beads are packed loose enough to move around, the company claims the new cushioning technology can also adapt to each runner’s foot, and their unique movements.

The first shoes to feature the upgrade will be Nike’s Joyride Run Flyknit and will be available in limited quantities to Nike Plus members starting on July 26, with a global launch following on August 18. As a result, we haven’t had a chance to test Nike’s claims in person, but it’s a company that spends millions of dollars on R&D and its products cater to some of the most demanding athletes in professional sports. 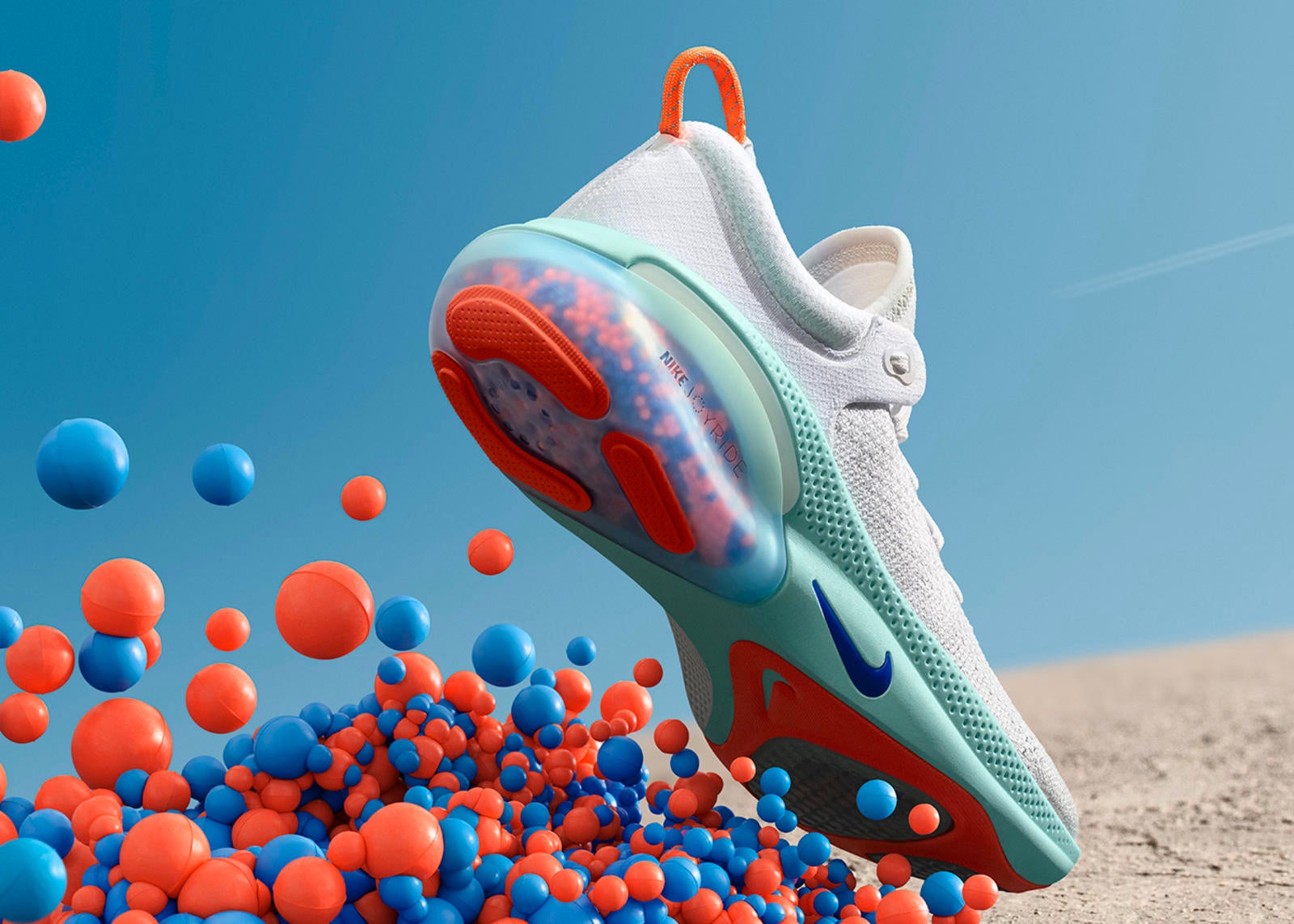 The shoes probably feel quite comfortable to run in, but amongst all the claims Nike is making about their performance, the company doesn’t address an obvious environmental concern that’s hard to ignore when looking at the promotional shots for the Joyride shoes: all those tiny foam beads.

In recent years, the devastating environmental effects of the tiny plastic beads used in hygiene products like face scrubs, body washes, and even toothpaste has come to light.

Once used and washed down a bathroom drain, they end up in lakes, rivers, and the oceans as microscopic pollution that’s nearly impossible to clean or filter. Making matters worse, the plastics used in microbeads absorbs other pollutants and toxins and end up inside wildlife, and eventually make their way up the food chain. Your glowing skin comes with an extreme cost to the environment.

The TPE beads Nike is using in its new Joyride shoes are nowhere near as small and invisible as the plastic microbeads used in hygiene products, and they’re contained in the shoe’s soles, instead of getting washed down the sink every day as is the case with face scrubs.

But shoes eventually wear out, and when disposed of there’s always the chance that the wear and tear of garbage disposal will result in these beads spilling out and finding their way into streams, rivers, and lakes because they’re so small and light.

Furthermore, Nike makes no claims about the Joyride beads being made from recycled materials, so they’re an extra ingredient (replacing pockets filled with nothing but an inert gas) that contributes to an industry reliant on fossil fuels and one that’s directly related to climate change.

A Nike spokesperson provided the following statement in response to our request for comment: “Nike is committed to creating a more sustainable future and protecting the future of sport. Like all athletic footwear, Joyride can be recycled through Nike’s Reuse-A-Shoe program and transformed into new products. We have also been actively exploring the source of microfibers and working with the sporting goods industry and other industries to understand the issue and identify long-term scalable solutions.”

Nike has made big improvements when it comes to reducing the environmental impact of its manufacturing processes, particularly when it comes to the company’s “Air” sneakers which feature significant amounts of recycled materials. But despite providing better cushioning, this Joyride technology almost feels like a step back when considering these initiatives.