A Common Household Chemical May Cause Thyroid Problems For Cats 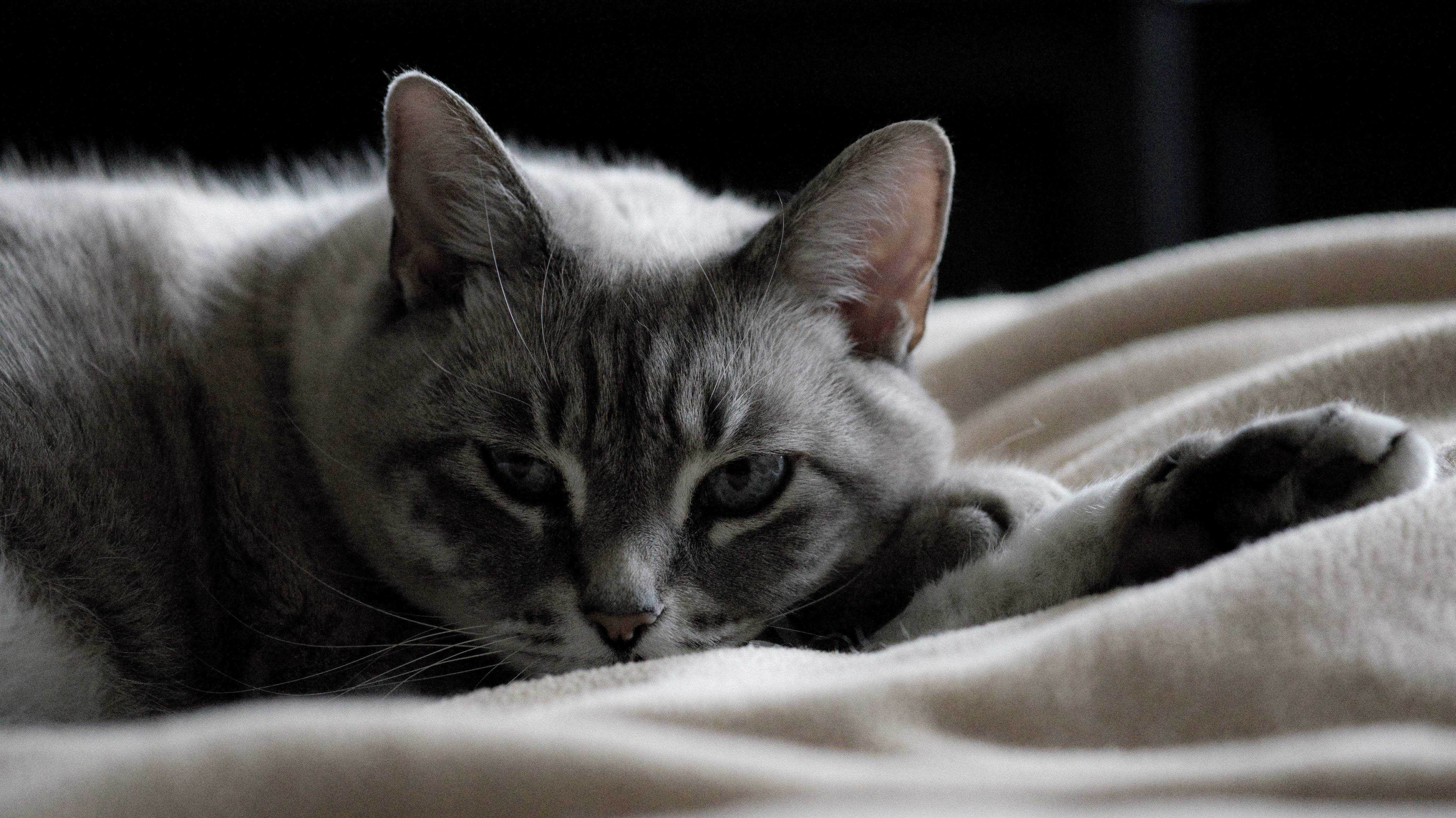 Many older cats suffer from health problems caused by a hyperactive thyroid, and while there’s no single cause of the condition, hormone-disturbing chemicals in the environment are thought to be an important factor. A new study based in the U.S. and involving some furry volunteers suggests that these chemicals include fire retardants commonly found in homes.


The researchers recruited 78 cats and their owners for their experiment. The cats were 7 years old and older, and half of them had been diagnosed with hyperthyroidism. They attached silicone pet tags to the cats for a week. These tags could collect minute chemical samples of their surroundings as the cats lounged around the home.

The tags were specifically meant to sniff out chemicals like organophosphate esters (OPEs), including tris (1,3-dichloroisopropyl) phosphate (TDCIPP), which are suspected of being hormone disruptors. Around the early 2000s, OPEs begun replacing an older class of fire retardants called polybrominated diphenyl ethers (PBDEs).

By the experiment’s end, they found that the cats with hyperthyroidism were exposed to higher levels of TDCIPP on average, according to readings from the tags. Cats without hyperthyroidism, but who had higher levels of a hormone linked to the condition, were also seemingly exposed to more TDCIPP than cats with normal hormone levels. Interestingly, cats that lived in homes where air fresheners were used or where they regularly sat on upholstered furniture were more exposed to TDCIPP.

The cats themselves were nonchalant about the study, with owners stating they either weren’t bothered by the pet tags at all, or quickly got used to them.

The study’s findings were published Wednesday in Environmental Science & Technology.

Previous research had linked PBDE exposure to hormone problems in both cats and humans. Feline hyperthyroidism, for instance, was incredibly rare before the 1970s, when PBDEs began being widely used in consumer products. Because of these concerns, they were largely phased out of global markets beginning around 2004 (though they’re still regularly found in older homes or products).

Rates of hyperthyroidism in cats have continued to be high since then, though. Some of the blame can be attributed to vets simply becoming better at diagnosing the condition, or cats living longer on average. But OPEs like TDCIPP have emerged as a possible cause, since they’re also thought to interfere with the endocrine system.

The new study isn’t even the first to link TDCIPP exposure to feline hyperthyroidism. But the authors say theirs is the first to rely on silicone pet tags as a convenient way to measure how much TDCIPP cats are getting exposed to regularly. The cats themselves were nonchalant about the study, with owners stating they either weren’t bothered by the pet tags at all, or quickly got used to them.

“This study provides proof-of-concept data for the use of silicone pet tags with companion animals and further indicates that bioavailable TDCIPP exposures are associated with feline hyperthyroidism,” the authors wrote.

While the health of our furballs is obviously paramount – feline hyperthyroidism is now thought to affect 10 per cent of senior cats and can cause weight loss, vomiting, and diarrhoea – the findings probably don’t bode well for people either.

Cats are actually the only other animal besides humans that regularly get hyperthyroidism, as far as we know, and they’re even used in the lab as a test animal to study the condition. So if our cats are getting sick from these chemicals, chances are good that we are, too.

The health effects from OPEs and other hormone-disrupting chemicals might be much subtler for us than they are for Captain Chonky, but growing evidence suggests that they are happening.

Scientists and environmental advocates are starting to aggressively fight for regulations that would limit or ban the use of these chemicals in our homes, but given the current state of politics, that’s unlikely to happen anytime soon. And even if we stopped using OPEs in every product right now, they are already ubiquitous in the environment.

Some known risk factors for hyperthyroidism in cats are advanced age, a diet of mostly canned cat food, and using a litter box. Those might be hard to avoid for household cats, but keeping their iodine level steady can help.