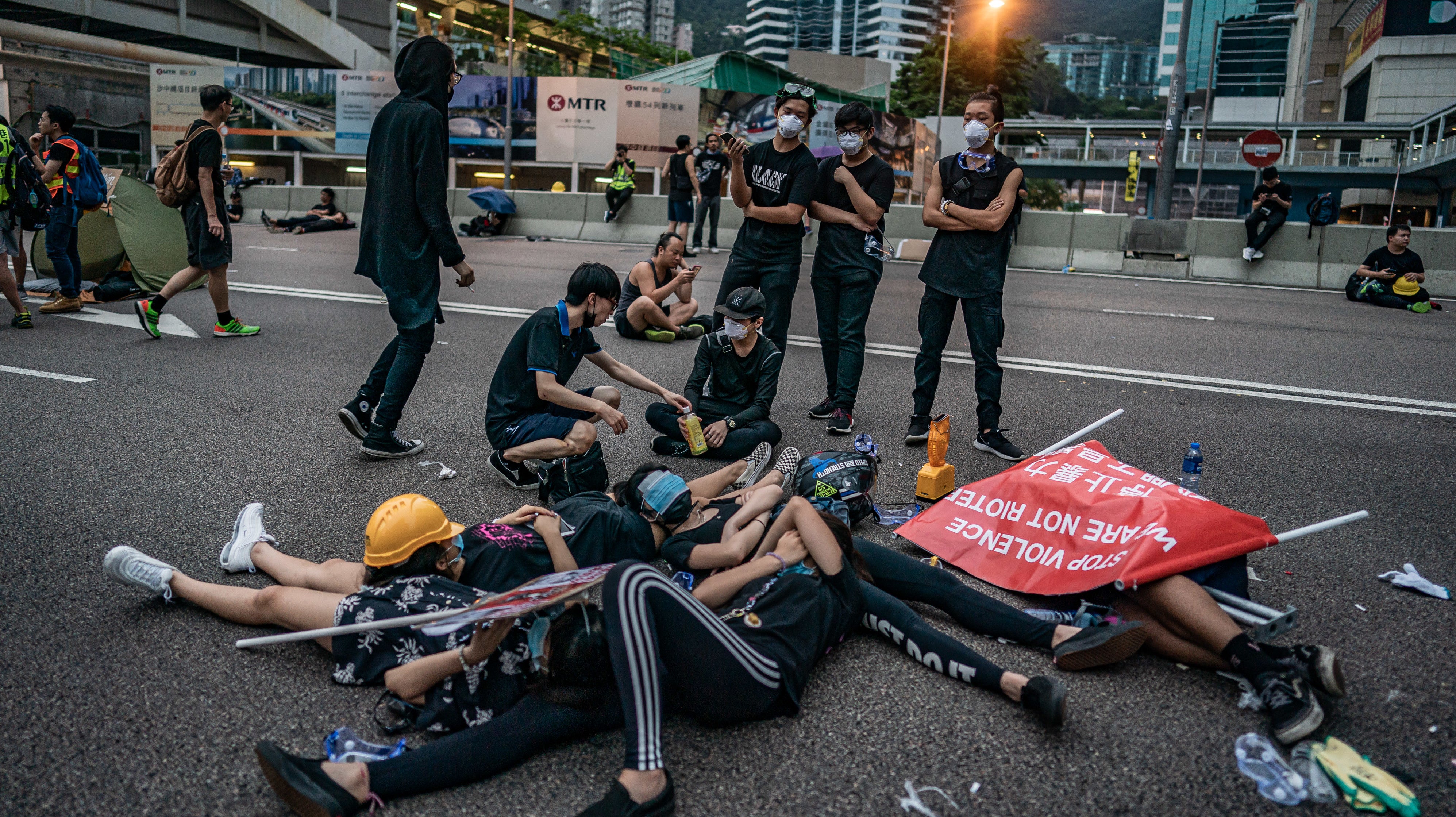 A lawmaker and doctor in Hong Kong claimed on Monday that he received tips that the statutory body that runs all the hospitals in the region was leaking the patient information of protestors. Several protestors have been arrested after being treated at Hong Kong hospitals as authorities in mainland China crackdown on dissent.

“We are concerned about the safety and privacy of injured residents,” Dr. Pierre Chan, who is a member of the Medical Council of Hong Kong, said during a press conference on Monday, Hong Kong Free Press reported. “Some injured people have told me they no longer trust the emergency room. This is a very serious incident.”

Chan showed a copy of a list from the Hospital Authority system, South China Morning Post reported, which included the personal information of 76 emergency room patients who were treated in the immediate aftermath of an anti-extradition protest.

According to Chan, Hospital Authority staff were instructed to identify patients that came in on Wednesday—the day of the protest—as “police,” “reporter, “civilian,” or “others” in the Clinical Management System. The patients were reportedly labelled under “mass gathering outside Legco” with the page marked as “For Police.”

Crowds estimated to have numbered in the hundred of thousands took to the streets of Hong Kong in recent days to protest an extradition bill which would allow the extradition of wanted criminal suspects in Hong Kong to stand trial in mainland China.

“The proposed change to the extradition law, which would open up Hong Kongers and others passing through the city to the vicissitudes of mainland Chinese justice, is the latest in a long list of actions that undermine democratic freedoms and the rule of law,” Hong Kong expert at the Lowy Institute in Australia Ben Bland said, Vox reported.

On Saturday, days after demonstrations began, Hong Kong Chief Executive Carrie Lam said that the bill would be suspended, but citizens are still protesting the controversial bill, calling for a more permanent solution than simply a suspension.

Hospital Authority denied that it had authorised anyone to leak patient information to the police, Hong Kong Free Press reported, but it did confirm that the emergency room computers, while only for use of authorised staff, are always logged in. Even if the body’s claims that they didn’t tell staff to leak the patient information of protestors to the cops, not requiring a login to access such information leaves it vulnerable to anyone nearby who might look like legit medical staff or some other authority.

“Any staff member in uniform working in the emergency ward, who managed to go near a computer, could [go into the system] without a login,” Chan said, according to the South Morning China Post. “They could then generate a list [of patients’ information] by entering the date.”

It wouldn’t be a wild notion for a protestor, and the public, to be wary about Chinese officials exploiting public systems and services to track down anti-government dissenters. In fact, four people were arrested in public hospitals after participating and getting injured at Wednesday’s protest, in which cops deployed 150 rounds of tear gas along with beanbag rounds and rubber bullets into crowds of protestors.

Aside from the potential for government authorities to illegitimately access patient information to find and arrest protestors, those who wish to organise against the Chinese government are suspicious of a number of other online and offline spaces.

They only use the most secure messaging apps,—and even on those, speak in code—cover up their faces so they can’t be identified in photos, and refrain from sharing dissenting information on social media.

Anti-extradition protestors even withheld from using their credit cards to pay for a metro card so that their whereabouts couldn’t be digitally traced back to them. Now, valid suspicions of hospital staff only serve to ensure that injured protestors don’t seek out legitimate medical care.