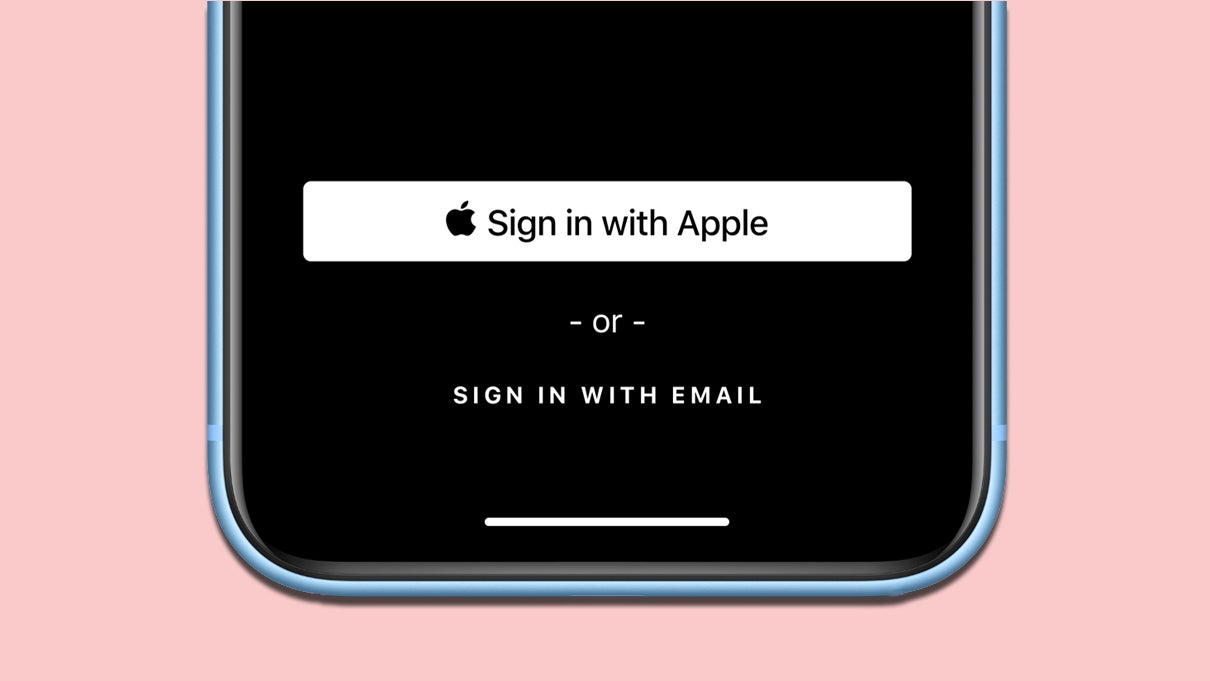 Apple wants to sell you all kinds of new services: music, magazines, a TV show about the Russians landing on the Moon first. But with the announcement of iOS 13, it looks like the company is turning one of its classic features into a service all its own. Next-level privacy is about to be the best thing you get by paying the Apple tax.

A new “Sign in with Apple” service is about to change the way iOS users access apps. Instead of handing over your email address to a developer or using a social account like Facebook or Google, you’ll soon be able to sign into apps with your Apple ID. Tapping the Sign in with Apple button authenticates with Face ID or Touch ID, and the feature creates a unique random ID that keeps developers from accessing your personal data. If the app developer asks for an email address, Sign in with Apple will also give you the option to generate a unique random email address that will keep your real email private. Any email correspondence the app decides to send you will then get forwarded from that random email to your actual inbox.

This new service will roll out with iOS 13, which is sort of free. You will, of course, have to own an iOS device that supports the new operating system. That includes the latest iPhones as well as the newest iPod touch and the iPhone 6s or newer. That means if you want to buy your way in to the new super private Apple club, you can do so for a new device that costs as little as $299. It’s even cheaper if you take the used route, although it’s typically silly to refer to anything Apple sells as cheap. Some enthusiasts would be quick to point out that you can skip the Apple tax and spend your money on a superior Android phone at a lower price.

But doing your mobile computing on a Google-made operating system comes at a different cost. What makes Sign in with Apple such an appealing alternative to social logins is that it prevents companies like Google and Facebook from tracking you. Facebook and Google offer login services because it gives them access to valuable user data. In other words, users get one-click access to apps, but they also sacrifice their privacy. That’s a costly tax in its own way.

There’s a decent chance that developers will hate Sign in with Apple. For starters, Apple says in an update to its App Store review guidelines that Sign in with Apple “will be required as an option for users in apps that support third-party sign-in when it is commercially available later this year.” In other words, if a developer wants to offer the Facebook or Google social login options, they have to include the Apple option, too. That might be bad for developers, but it’s undeniably good for iOS users, who have never really had a totally private and secure way to sign into apps.

Still, some sceptics are already wondering if Apple’s just bolstering its privacy offerings in an attempt to convince more people into buying iPhones. Sure it is! Apple has always positioned itself as a tech company that cares about user privacy, and that sales pitch has become increasingly convincing as data breaches get worse and data-hungry companies like Google gobble up more and more of our personal information. Targeted ads, as a result, are getting creepier—so creepy that many people think that Facebook is recording our real world conversations for better ad targeting. This conspiracy theory probably isn’t true, but it’s scary how much companies like Facebook and Google know about us, in part because their social login services have given them a fire hose of personal data. So it’s not quite outrageous to think that some people would be willing to pay a bit more for an iPhone in order to avoid the glaring gaze of Big Brother Google.

Sign in with Apple won’t see a public release until the fall, and there’s still a lot we don’t yet know about how it works. For instance, there’s been no mention of whether the new service will work on the web. It’s also unclear if a version of Sign in with Apple might be coming for folks who have an Apple ID but don’t own an iOS device. Based on the fact that Sign in with Apple is listed as an iOS feature, this seems unlikely in the immediate future.

We do know that Apple is making a broader push to frame privacy as a new service that comes with certain products. In addition to the Sign in with Apple announcement, the company revealed a pair of new HomeKit initiatives that enable third-party security camera and router manufacturers to take advantage of Apple privacy features. HomeKit Secure Video will work with new third-party cameras from Arlo, Logitech, and others so that video feeds will get encrypted by Apple and sent directly to iCloud. And you better bet that Apple will be charging those camera users for iCloud storage, although the company has not yet released the details of those plans. We know even less about the new HomeKit-enabled routers, but Apple did say that it will make third-party routers from companies like Eero and Linksys more private and secure.

Privacy as a new service seems like a good idea. It’s quite clear that companies with data businesses or an incentive to collect as much user data as possible have little interest in strong privacy protections. Just look at Amazon and the never-ending privacy nightmare that is Alexa as proof of this. As Tim Cook loves to say, Apple has no interest in selling user data, so it’s doubling down on its commitment to privacy. The company is also doubling down on its commitment to selling iPhones and, yes, new services, too. Apple didn’t become a trillion dollar business by giving stuff away.