The Race To Save The World’s Smallest Porpoise From Extinction

The smallest porpoise on Earth is facing an imminent extinction event. At this moment, if aggressive action is immediately taken, experts believe the vaquita may still have a chance to survive. If nothing changes, by 2020, it could spell the end of this charismatic porpoise.

With dark-lined eyes and inky, upturned lips, the vaquita has a doll-like face and petite silhouette. Its full name, vaquita marina, means “little sea cow” in Spanish; a fitting moniker given the porpoise’s endearing appearance. But the vaquita also holds the title of most endangered marine mammal on the planet — one it was bestowed after the Yangtze river dolphin in China was declared extinct in 2006.

In the 13 years since, its population collapsed over 90 per cent. as few as 10 to 15 vaquita survive.

Lorenzo Rojas-Bracho, the world’s leading vaquita expert, has been studying the species in its one and only habitat—the turquoise- and azure-coloured Sea of Cortez in Baja, California—for over 20 years. He says that despite the low vaquita numbers there is still hope for the species, and notes they are genetically resilient. “They reproduce, they eat, they do what healthy populations do—we just need to stop killing them,” Rojas-Bracho told Earther.

So, what exactly is killing the vaquita? “It is absolutely gillnets,” Cynthia Smith, Executive Director for National Marine Mammal Foundation (NMMF) told Earther.

Gillnets are coarse nylon fishing nets popular in artisanal fisheries and used across the Gulf of California. Though not directly hunted, the vaquita has been finding its death by becoming entangled in these gillnets as “bycatch” and subsequently drowning.

Over the last thirty years, gillnets set out by the legal, local shrimp industry proved devastating to vaquita numbers. On top of that, illegal fishing of the critically endangered totoaba fish has taken place since the late 1980s. The totoaba’s fish bladder, or “maw,” is in high demand in China and in traditional Chinese medicine (TCM) markets around the world, where it can fetch more money than gold or cocaine.

At first, illegal totoaba fishing was sporadic and uncoordinated. But around a decade ago, international crime networks began running a large-scale, systemized trade in totoaba parts harvested from across the Gulf using gillnets. It was also around this time that the vaquita decline began to intensify. Like many species around the world, the porpoise was getting caught in the crosshairs of wildlife crime. 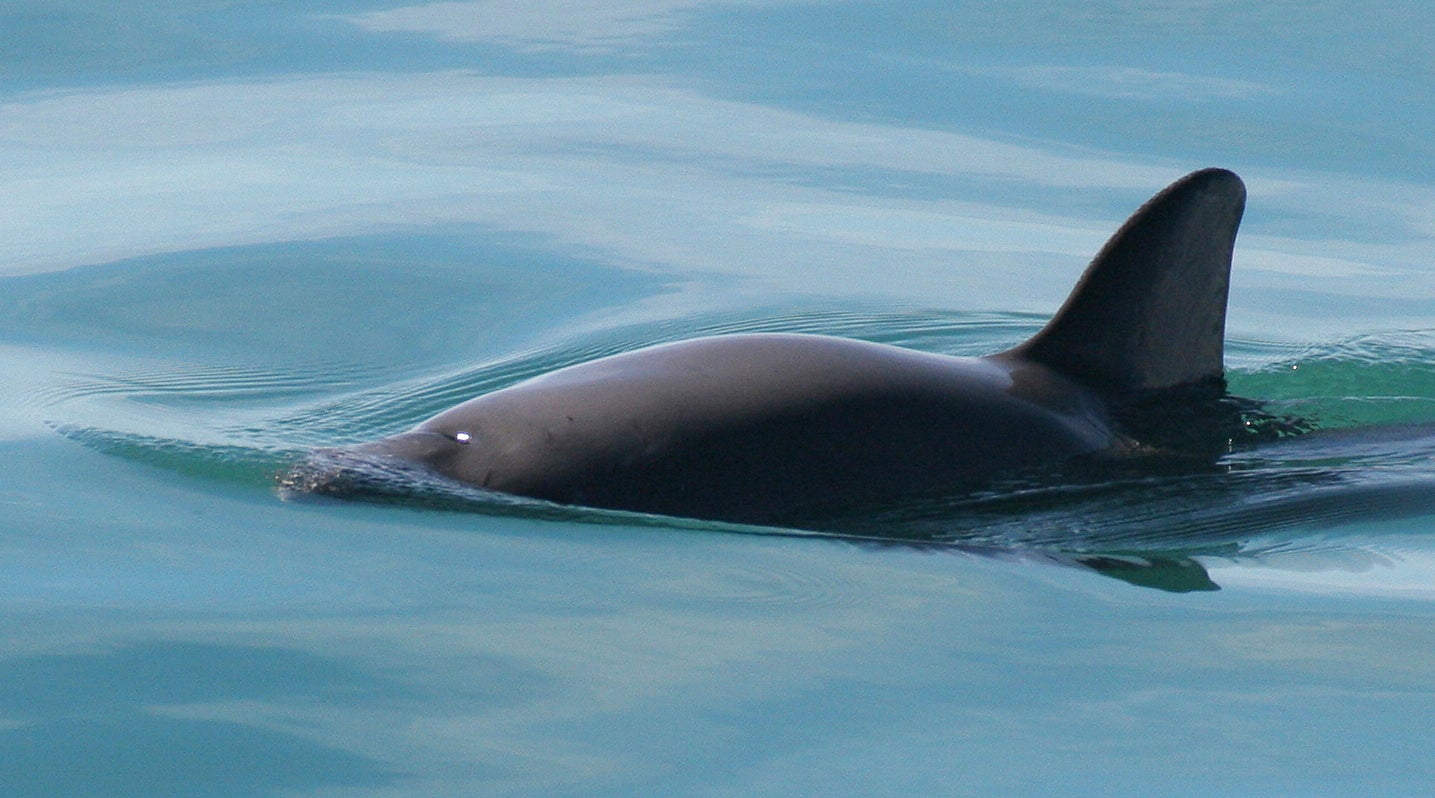 Andrea Crosta is a crime intelligence expert and the Executive Director of the Elephant Action League (EAL), an organisation with a mission of protecting wildlife and the environment through intelligence and investigative operations. Starting in 2017, EAL led an undercover investigation of the totoaba maw supply-chain that makes its way from the Gulf of California to China and TCM markets overseas. He told Earther that “the main mistake in dealing with this [vaquita] case for the past decade was to focus only on the illegal fisherman,” rather than on the trafficking network.

“When we met and talked to Mexican law enforcement, they admitted themselves that they did not even know how to begin [gathering intelligence on] the Chinese trafficker,” Crosta said. He said the government is starting to act on the findings of the EAL’s investigation, which was shared with the top-echelons of Mexican authorities and enforcement

But while the species’ long term survival may depend on rooting out a global crime network, in the short term, efforts to halt the illegal fishing that feeds it need to be ramped up. Historically, some of the government’s undertakings to protect the vaquita have been effective, while others have not.

Off the coast of the fishing town of San Felipe lies an oceanic expanse that covers about 50 per cent of vaquita range. It was protected by the government in 2005, which banned all commercial fishing, including gillnet, within its borders. Despite this protection, illegal fishing remains rampant.

In 2008, the government attempted to encourage fishers to adopt new fishing gear that does not threaten the vaquita. Unfortunately, this effort was poorly implemented and did not reap much impact. In 2015, then-Mexican president Enrique Peña Nieto ordered measures to protect both the vaquita and totoaba including a two-year ban on gillnet fishing in a 5,000-square-mile area in the northern Gulf, patrols by the Mexican Navy, and financial subsidies to fishermen impacted by the plan. Many believe that these measures fell short.

In the 2015 short documentary Souls of the Vermilion Sea, Jorge Piza, a captain of the Mexican Navy who patrols vaquita habitat, offers some insight as to why. “When we find people, or fishermen, with the totoaba, or the swim bladder of the totoaba, these people are arrested and they are sent to the Federal Public Ministry,” Piza says in the film. “Usually, because it is not considered a serious crime, they get out on bail, and they are released. They just pay bail and they get out.”

Given the landscape of cartels, lax punishments, and lawlessness surrounding illegal fishing in the vaquitas’ waters, new tactics were cooked up. In the fall of 2017, an attempt known as Vaquita CPR was made to capture the last remaining vaquita and place them in a protected open-sea sanctuary. Regrettably, the species proved unable to sustain and survive capture, and the plan was soon aborted. Smith of NMMF, who was part of the leadership team in the effort, said that “the vaquita was an animal that was more fragile than we hoped for.”

Others have been trying to help, too. Since 2014, activist organisation Sea Shepherd has been on the front lines; collecting illegal gillnets, physically stopping fishermen from poaching totoaba, and rescuing entangled vaquita. “It’s not just the vaquita, but other species get entangled and are endangered too—hammerhead [sharks], whales, dolphins, sea lions, turtles,” Jean Paul Geoffroy, the Campaign Director for Sea Shepherd’s Operation Milagro, told Earther.

Despite all of this effort, Crosta estimates that up to 80 per cent of fishers in the upper Gulf fish totoaba today.

As of this writing, the illegal totoaba fishing season in the upper Gulf is at its height. The remainder of this season, as well as other bycatching fishing that will take place before the next one, carry critical weight to the survival of the vaquita. The big question is whether local and national Mexican government will enact and enforce restrictive measures to protect the last remaining vaquita. Such measures might include zero-tolerance enforcement of the no-fishing zone inside the vaquita refuge, combatting local corruption, and higher authority given to the Mexican Navy, along with more expansive patrols.

Toward the end of May and into early June, the totoaba fish will start to migrate south and exit the vaquita refuge. As early as November the fish are due to return. Looking forward, experts say the vaquita is unlikely to endure the next totoaba season beginning in the fall of 2019.

“There is potential for the vaquita to recover.”

“It is very important what everyone will do in the next months before the next [totoaba] season starts,” Crosta said, adding that top priorities will be a “high-level investigation along the illegal supply chain of totoaba, disruption of the criminal networks and pressure on the Chinese traders in Mexico.”

She said that while the vaquitas’ plight is “terribly sad”, the problem isn’t complicated. And given the animals’ healthy genetic profile, vaquitas have a strong chance of rebounding.

Rojas-Bracho is finding optimism with respect to the new administration in Mexico. “The reason [President] López Obrador won the election was because he promised to combat corruption and the vaquita is a perfect place to put an example,” he said. He added that Mexico has a good record of protecting marine mammals and was the first country to create a sanctuary for endangered whales.

“There is potential for the vaquita to recover,” Rojas-Bracho went on. “There are many other examples of species’ populations that recovered from just a few animals.”

The next generations of enchanting little sea calves may still have a chance — and perhaps, one day, we will see the vaquita flourishing once again in those blue, desert waters just south of the border.