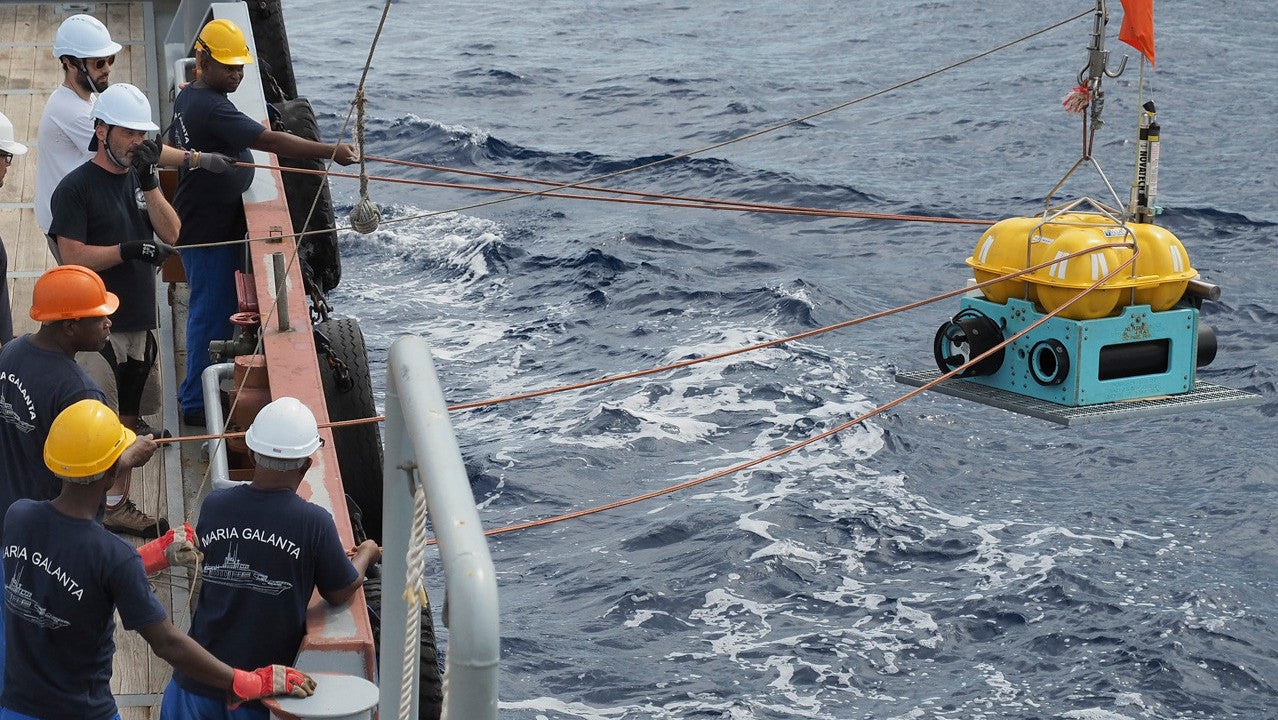 Back on 11 November 2018, a planetwide rumble emanated from somewhere between eastern Africa and Madagascar. This strange signal, thought by scientists at the time to be related to a colossal but hard-to-identify magmatic process, was pinpointed to have come from 48km east of the island of Mayotte, beneath the waves.


It quickly became apparent that this low-frequency tremor took place in the midst of a complex sequence of other, more “ordinary” seismic shakes. This caught the attention of the French government that administers the isle, which was already keeping an eye on what was going on.

Now, after some geological detective work, they know what’s been causing at least some of these quakes: The world’s newest volcano.

Thanks to a consortium of researchers operating under the banner of France’s National Center for Scientific Research (CNRS), a baby submarine volcano roughly 800m high and as wide as 5km has been spotted 3km beneath the waves. The finding was announced on May 17 through an official press release and a series of tweets by Robin Lacassin, a geologist at the Paris Institute of Earth Physics (IPGP).

Most of the details of the discovery are currently embargoed and will be released later this year in a scientific journal. The revelation is already stirring excitement, though. This is the first time that a submarine volcano has been caught in the act of being born, so to speak; it’s building itself up from the seafloor as scientists watch.

Prior to the winter of 2018, this volcano didn’t exist. Samuel Mitchell, an expert in underwater eruptions at the University of Bristol, said that the fact the volcano grew to 800m high in just six months or so is “quite astounding”. 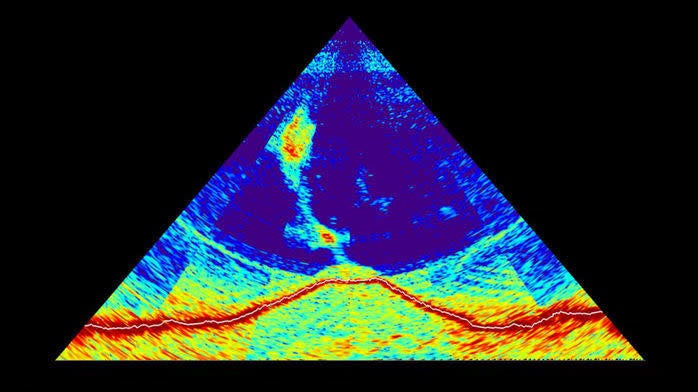 Forget spying a new volcano: Submarine volcanoes are infrequently seen erupting as it is. In 2012, for example, the Havre seamount (underwater volcano) erupted a vast amount of material into the waters of the Kermadec arc, north of New Zealand. Despite its prolific nature, it was only seen thanks to the raft of pumice that drifted to the surface, which was spotted from a plane that happened to be flying overhead.

Submarine volcanoes can sometimes erupt enough material to ascend above the waves, either temporarily or permanently, from Alaskan waters to the Mediterranean, from Japan’s southern seas to Iceland’s shores. This new volcano offshore from Mayotte, though, is definitely a novelty for science.

“I can’t think of an example where we have seen a brand-new volcano that has just formed,” Janine Krippner, a volcanologist at the Smithsonian Institution’s Global Volcanism Program, told Gizmodo. “To see a new volcano like this is pretty special.”

Alerted to the event by the myriad quakes and the land-based GPS information indicating that the seafloor near Mayotte was shifting, scientists headed out on a local ship in February to the shaking spot, where ocean-bottom seismometers were deployed to peer into the submerged realm.

Then, this month, they returned on the Marion Dufresne research vessel to recover the seismometers, put some more into the most seismically active regions, and to conduct additional surveys.

After just a couple of days of “mowing the lawn” with their sonar-like tech, the new volcano was discovered. Wayne Crawford, a marine seismologist at the IPGP in charge of the seismometer deployments, said that the volcano was on an area that was mapped by the French Hydrographic Survey in 2014. It certainly wasn’t there back then, “so the volcano stood out like a sore thumb”.

Lacassin said the ultrasound-like view of the volcano was both “simple and pedagogic” — a great learning experience for geologists — and called the unprecedented view “breathtaking”.

Additional passes revealed material, not yet identified, escaping from a vent, indicating that the volcano was still alive and kicking. “If Mayotte is indeed still erupting fresh lava, it may be possible for us to witness some of the deepest new lava ever recorded using underwater submersibles,” said Mitchell.

A pre-print study released earlier this year predicted that this likely volcanic event looked to be the biggest offshore volcanic event in recorded history. In the first six months of the seismic sequence, at least one cubic km of magma had moved about, which I estimated to be roughly equivalent to 385 Great Pyramids of Giza. Crawford said that this prediction is still looking to be true.

Impressive though that sounds, it might not mean much, because most of the shenanigans below the oceans are invisible to us. “We are essentially ‘blind’ to these seafloor events unless we are able to map them before and after,” Crawford explained, saying the stars just happened to align for this event.

There are likely to have been plenty more volcanic eruptions that scientists have missed, but then again, without seeing what’s happening, who really knows, Mike Burton, a professor of volcanology at the University of Manchester, told Gizmodo. “There’s a whole world down there that’s poorly understood and poorly explored,” he said. 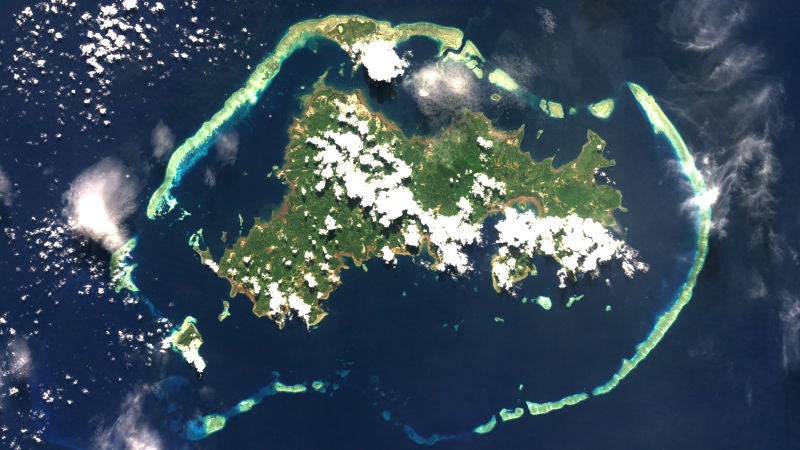 Residents of Mayotte have anxiously been looking for an explanation for all the quakes they were experiencing since the mid-2018. Not knowing created fear, and a lack of understanding of how long it often takes scientists to make any definitive statements only made things worse.

Researchers came to realise that no information is still a type of information. “Stating what is still unknown and is to be researched is crucial to [reducing] citizens’ anxiety in case of such a crisis,” Laure Fallou, a seismological sociologist at the European-Mediterranean Seismological Center, told Gizmodo.

This discovery has provided many with relief. Fallou explained that much of the concern has given way to excitement, with many on social media enthusiastically digging into the details of the announcement. Someone on Mayotte even made a 3D-printed version of the volcano, she said.

The worry hasn’t evaporated entirely, though. Those on Mayotte now want to know about the potential risks this new volcano may pose, something the researchers are doing their best to look into. The embargoed research is sure to provide some additional clarity, but at present there’s plenty that remains unclear.

For one thing, there appear to not be one, but three zones of seismicity. Only one is beneath the volcano, and that shaking seemingly stopped last winter, which is about when the volcano was supposed to have formed.

It’s possible, said Crawford, that the shaking there was caused by the migration of magma up to the seafloor, which stopped once the eruption allowed the system to let off plenty of steam.

Jackie Caplan-Auerbach, an associate professor of seismology and volcanology at Western Washington University, emphasised the “really, really weird” signal from November 11. Although probably volcanic in origin, the signal contained components the likes of which researchers had never seen before.

She wondered if it is unique to this event near Mayotte, or if it’s a feature of all submarine volcano growth spurts — something only more caught-in-the-act submarine eruptions will reveal.

Jean Paul Ampuero, a seismologist and director of research at France’s Research Institute for Development, speculated to Gizmodo back in March that the signal may be linked to sloshing within the magma cache, causing it to “hum”.

Crawford said that although the source remains unclear, it is likely related to a type of magmatic “humming”, or resonance. The location of the magma that triggered it is still uncertain: It could be in the magma supply channel beneath the volcano, the original magma source deeper down, or in a different magma channel altogether.

Speaking of which, the source of the volcano’s magma also remains a mystery. Some wondered if it was related to the nearby East African Rift, where rising mantle material is slowly tearing the region apart, but Crawford said it probably isn’t directly related.

Instead, it could be the result of the rejiggling of tectonic plates nearby, leading to the creation of fresh magma. It could also be down to the suspected mantle hotspot that created the Seychelles as well as the Comoros archipelago that Mayotte belongs to.

The only way to solve this enigma is to head down to volcano and get some samples. They would contain geochemical fingerprints, explained Mitchell, that could show us where the construction materials came from. If this were to happen, said Burton, “it would be one of the biggest stories in volcanology in quite a long time”.

Fortunately, it looks as though the team has already started on that effort. Crawford said that dredging of the seafloor via the Marion Dufresne has already yielded some volcanic samples.

While we impatiently wait to see what the future holds, this brand-new volcano also shares something in common with newly born people: It is yet to be given a sobriquet. Crawford said Mayotte is organising a competition within the local schools to pick a name, an inarguably lovely thing to do.