The Creators Of BoJack Horseman Are Taking Flight With Tuca & Bertie 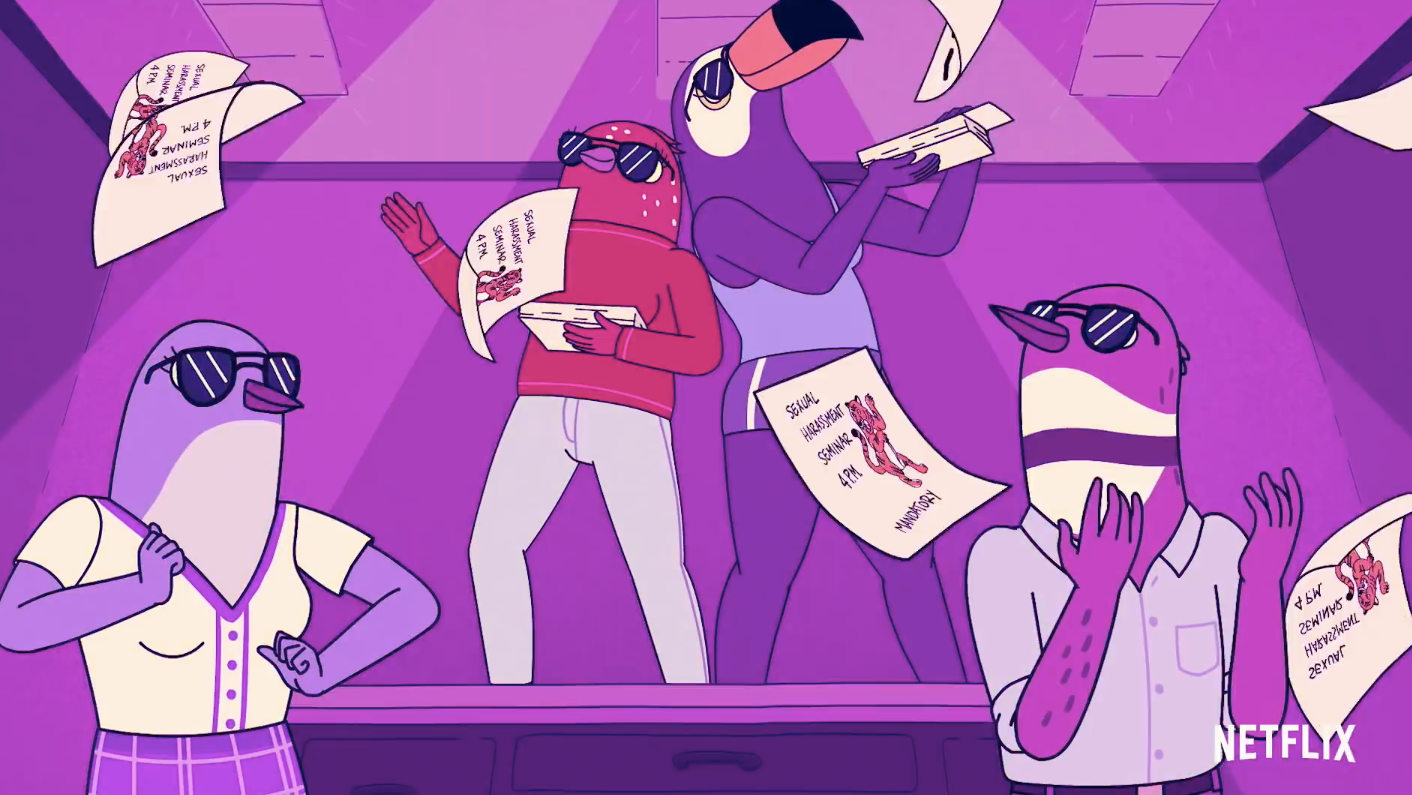 Lisa Hanawalt’s distinct style is one of the things that makes BoJack Horseman’s anthropomorphic animal characters so approachable. There’s just something deeply relatable about watching a pigeon-person pecking at breadcrumbs on the ground. But if a show about an alcoholic horse actor isn’t your speed, Hanawalt’s got something else to show you.

Tuca & Bertie follows its titular pair of best friends, Tuca the toucan (Tiffany Haddish) and Bertie the songbird (Ali Wong) who’re just living their lives in the big city and getting accustomed to being 30-somethings. While Tuca and Bertie are both changing—finding romance and new careers—both of them long for the good old days when they used to wild out with one another and, like sensible buds, they make a point of trying to recapture some of that magic with varying degrees of success.

Tuca & Bertie hits Netflix May 3 in the U.S.