Sony Xperia 10 Review: My Adventure With An Extremely Lanky Phone

Smartphones screens have been getting taller (or wider depending on how you hold them) for a little while now. But Sony has taken that idea to a whole new level with these lanky devices: the Xperia 10 and Xperia 10 Plus (not to mention the forthcoming Xperia 1). Priced at $US350 ($493) and $US430 ($606), the new Xperia 10 duo represents Sony’s latest entry into the budget and mid-range market, and while Sony’s extra long 21:9 screens might only seem like a small step up from the 18:9 or 19:9 displays found on other handsets, it seriously impacts the way you actually use the device. Here’s is my attempt to embrace the lank.

Editor's Note: While there hasn't be an official announcement, we aren't going to be seeing an Australian release of the Xperia 10. 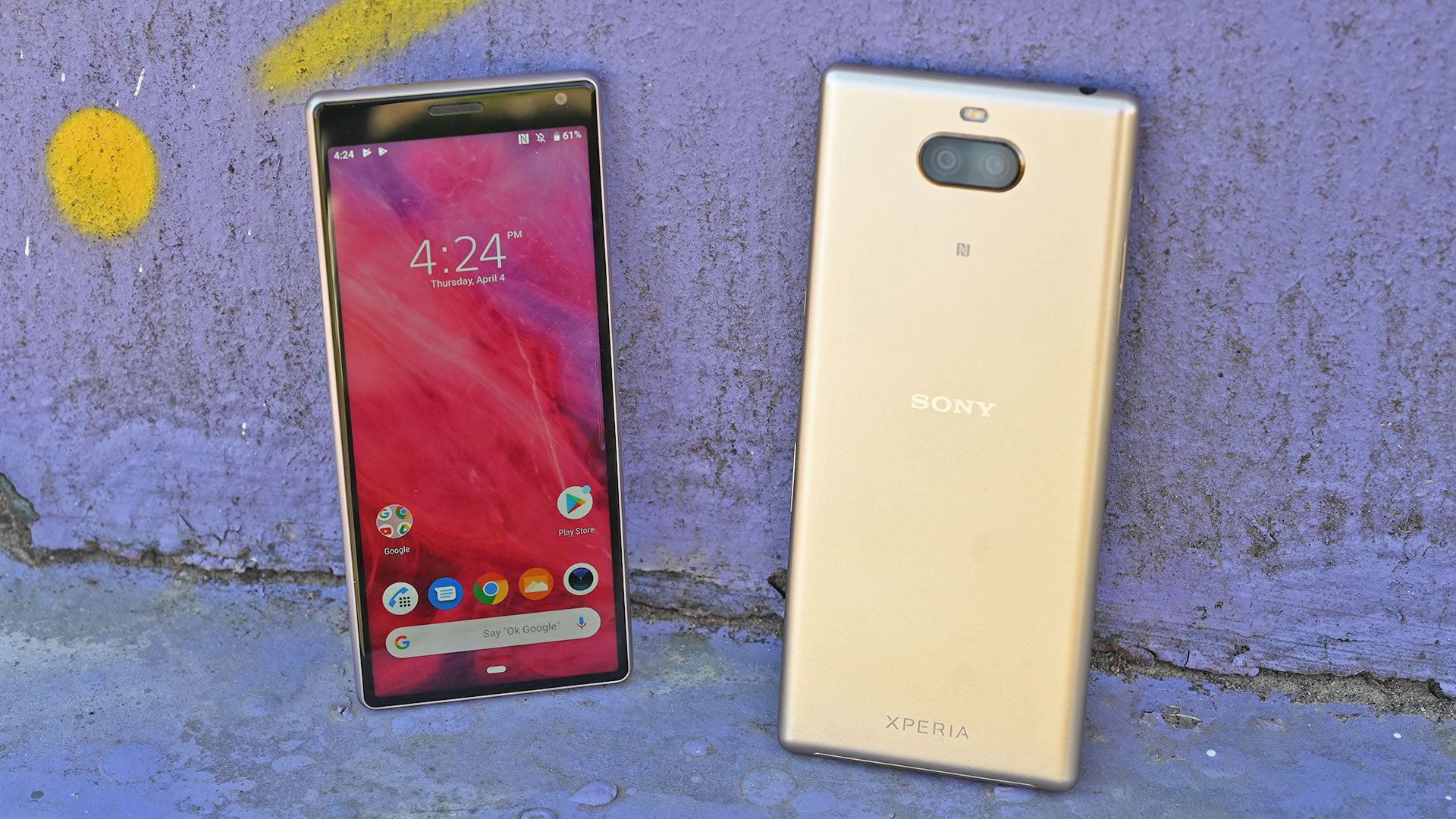 The first big thing you notice about the Xperia 10 and 10 Plus is the way they handle. Those long and narrow screens give both models— but especially the standard Xperia 10—a feeling very similar to small phones like the iPhone SE or previous Xperia Compacts, but without sacrificing on screen size. Compared to something like the Moto G7 with its 19:9 display, it’s almost like trying to make one of those tomato roses with a paring or chef’s knife, while with other phones, all you get is a machete.

On top of that, Sony slimmed down the Xperia bezels so that you only get a thin strip of glass and metal surrounding three sides of the device, countered by a sizeable forehead up top for the phones’ 8-MP selfie cams. However, because of the Xperia 10's lengthy dimensions, a new problem arises in that suddenly, it’s not so easy to reach the top of the screen so you can see your notifications.

Thankfully Sony does offer a solution with its included Side Sense bar, which is a little tab that lives on the left or right side of the screen (or both if you want), that can be doubled tapped to pull up a list of commonly used apps, a few quick settings icons, and dedicated buttons to activate one-handed mode or pull down the notification tray. That means there’s no need to fumble and stretch your hand to the far corners of the phone’s screen. However, I wish Sony had taken a lesson from Samsung and LG phones, which make phones that allow you to pull down the notification tray by swiping down on the phones fingerprint sensor.

That’s because with a side-mounted fingerprint sensor, anytime you’re holding an Xperia 10, at least one finger sort of naturally rests in that area, which would have made it easy to check in on any recent calls or messages with a simple swipe. That said, there’s a potentially bigger issue when it comes to what’s going on above and below that side-mounted finger reader.

On the Xperia 10, the lock button and the volume rocker sit nearly flush against the side of the phone. It makes searching for the phone’s controls by touch more difficult than I’d like, and while I did get used to them after a while, there’s a longer-than-normal period of adjustment.

However, by far the best thing about the Xperia 10 and 10 Plus’ 6-inch and 6.5-inch screens is the way they let you watch true widescreen content without any cropping or letterboxes. While it’s true most content on the web is still 16:9, there’s actually a surprising number of titles, particularly movies, on streaming services like Netflix and Amazon Prime video available with full 21:9 playback.

And while this won’t happen every time you pull up a video, when things are all working together, I can see appeal of pushing screens to their lanky limits. Sony is even working with game makers to add support for 21:9 screens, though since only one game—Marvel Strike Force— has made that move, it’s a non-starter right now.

As you’d expect from their extra-wide screens, the Xperia 10 and 10 Plus can record video in 21:9 as well. It’s a nice nod to synergy, but that capability is muted somewhat due to the Xperia 10's overall image quality, which isn’t much better than what you get from the Moto G7, which is an issue considering the G7 costs $US50 ($70) to $US130 ($183) less. 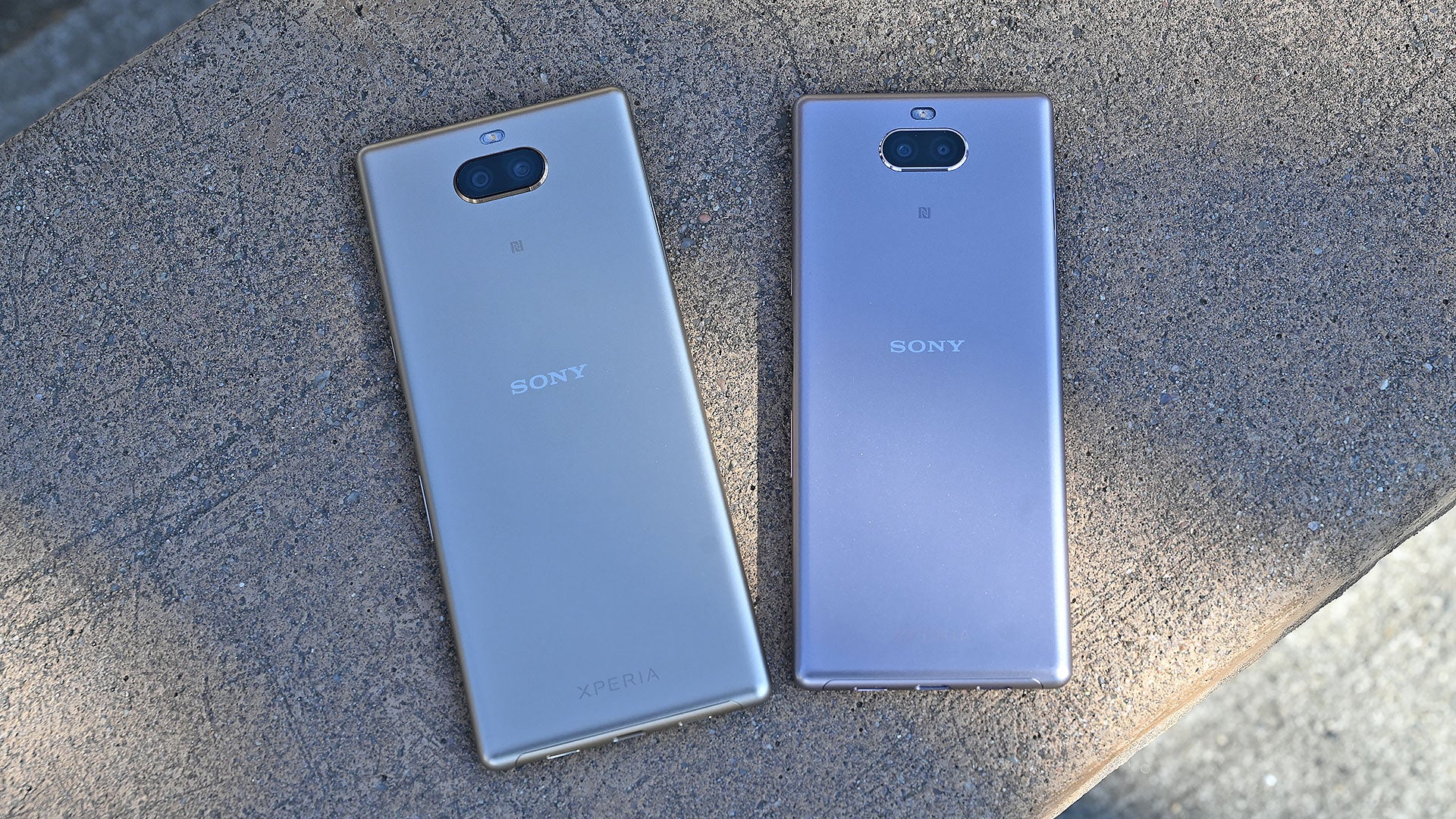 While both phones have dual cams, only the Xperia 10 Plus has a 2x zoom lens, The second camera on the standard Xperia 10 is used to measure depth for portrait mode shots. 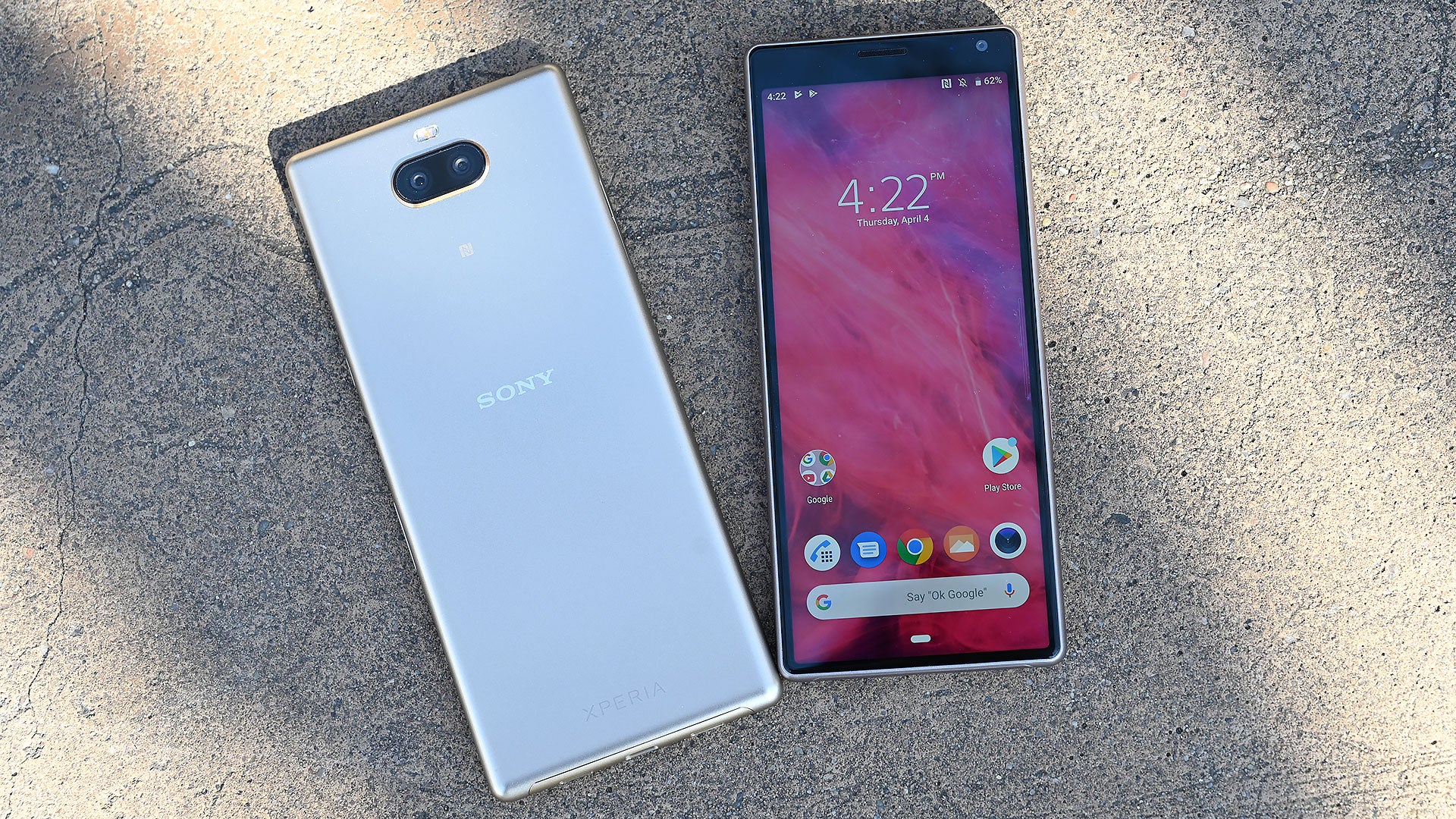 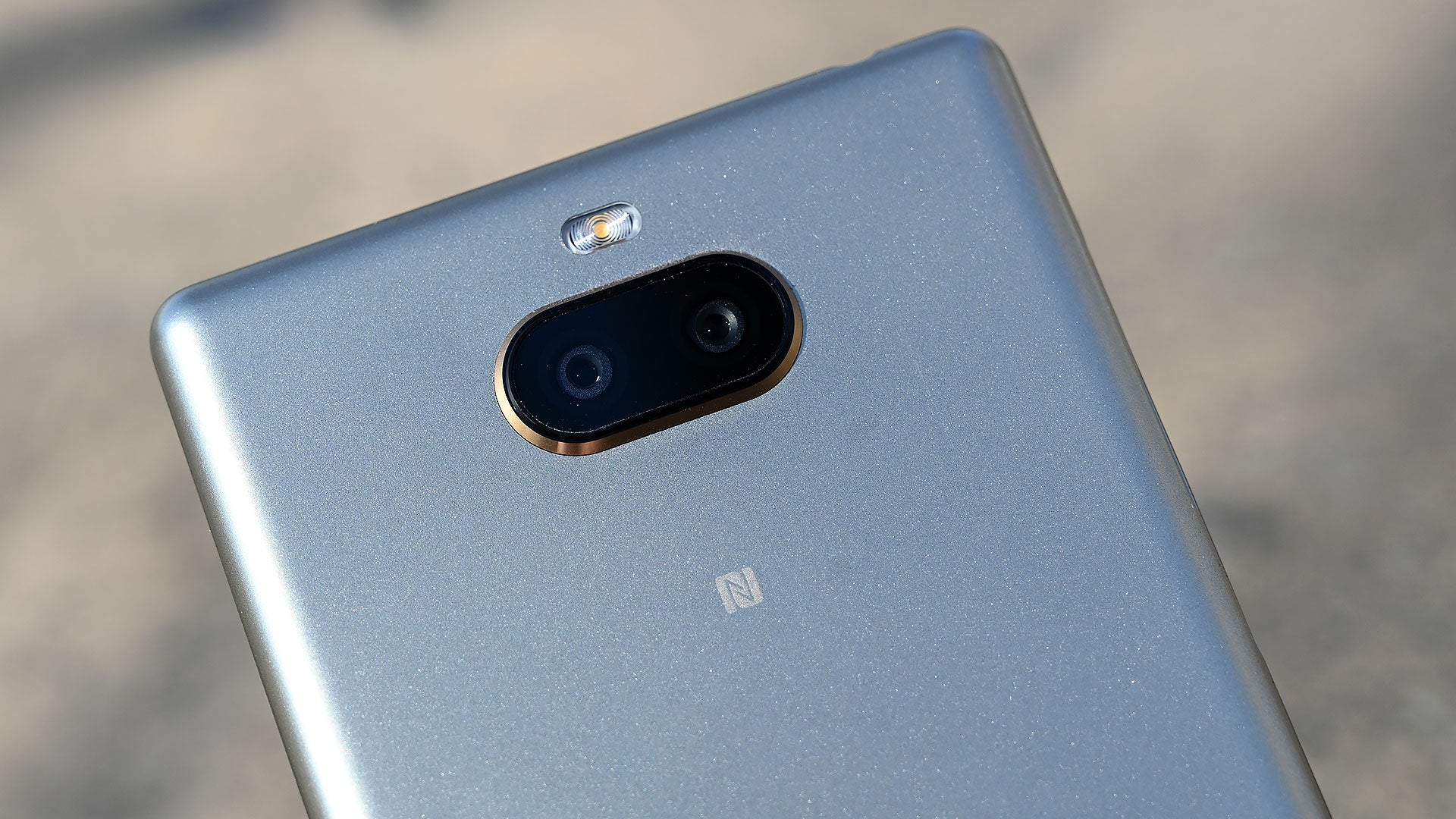 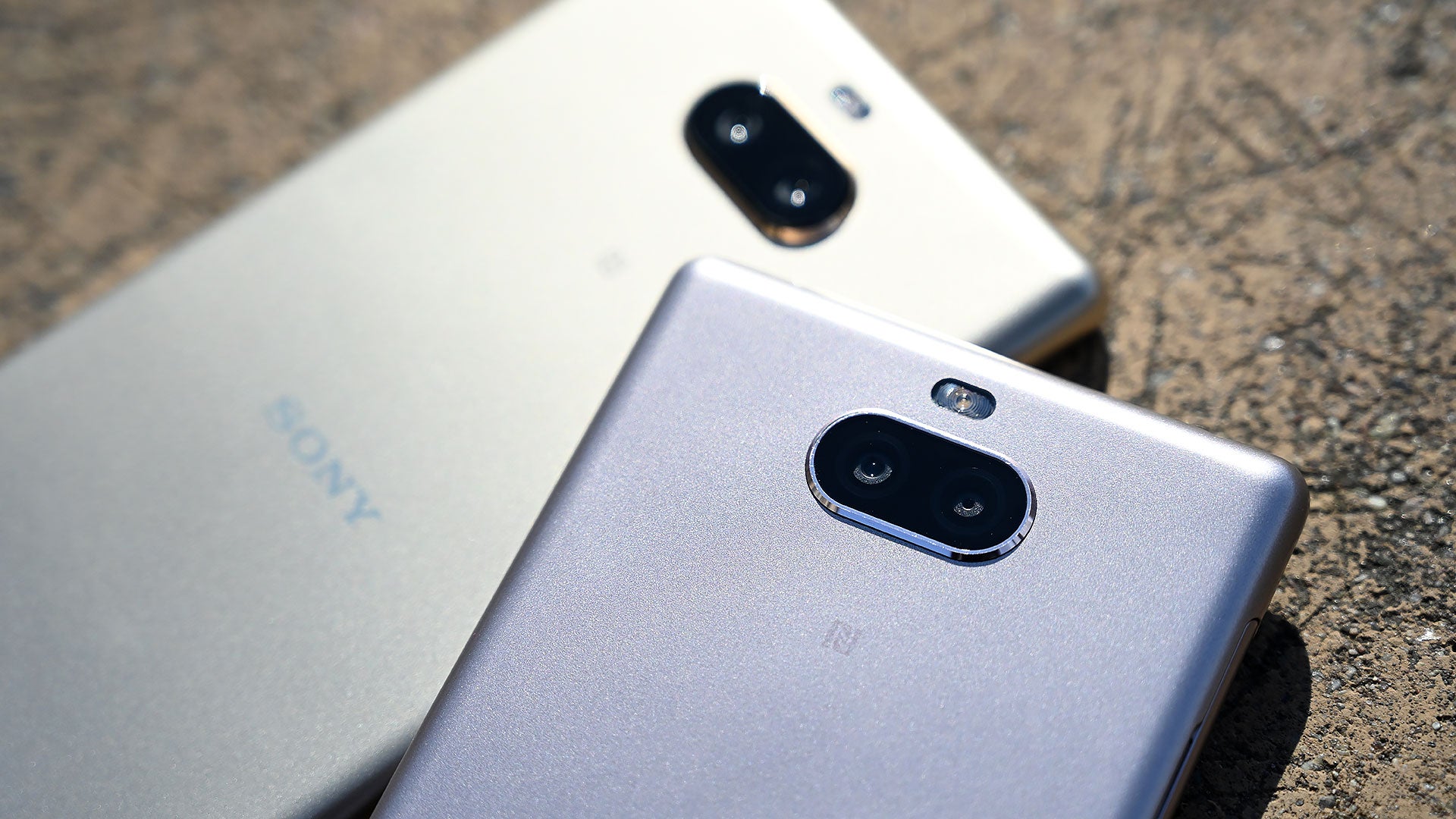 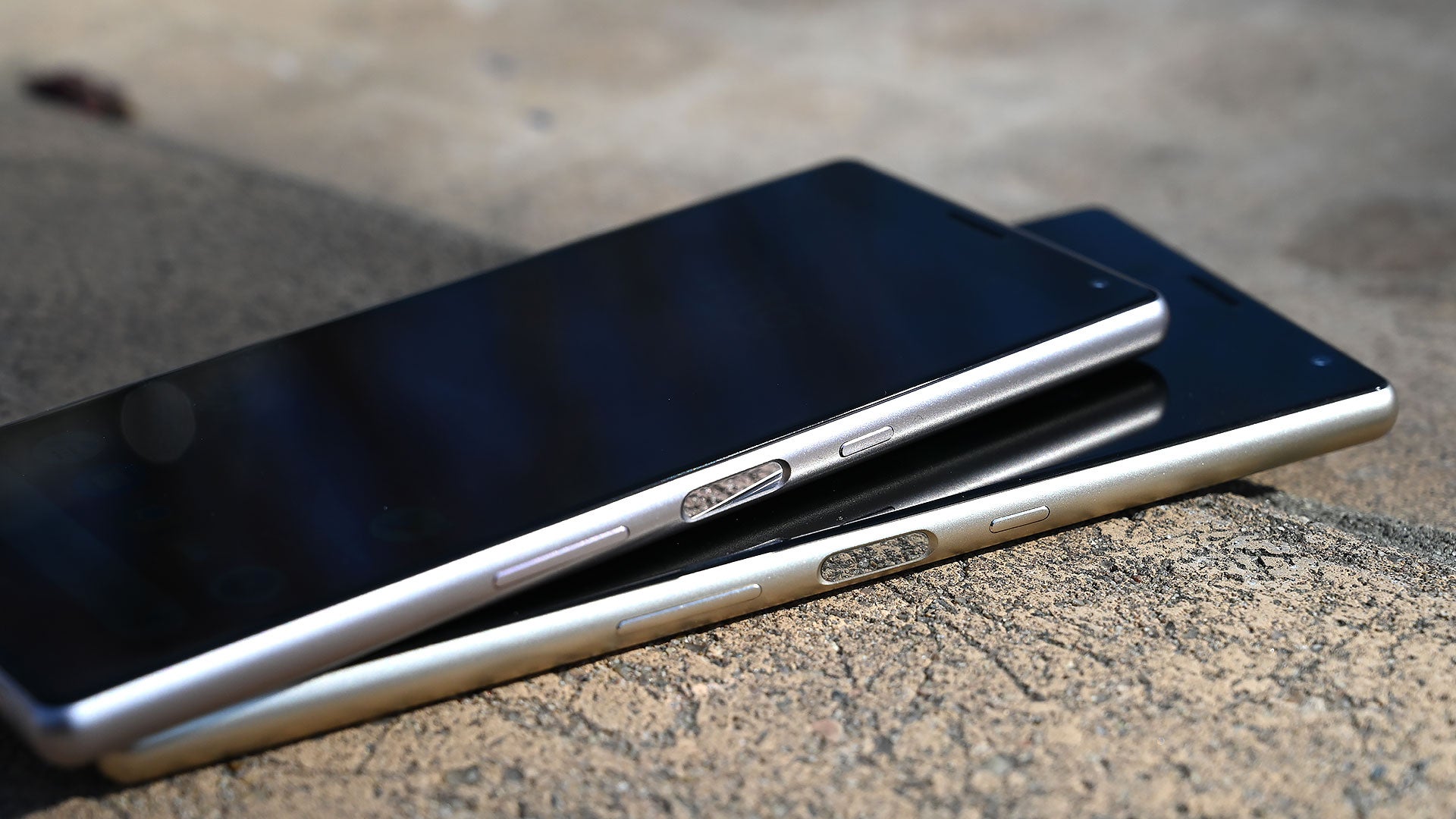 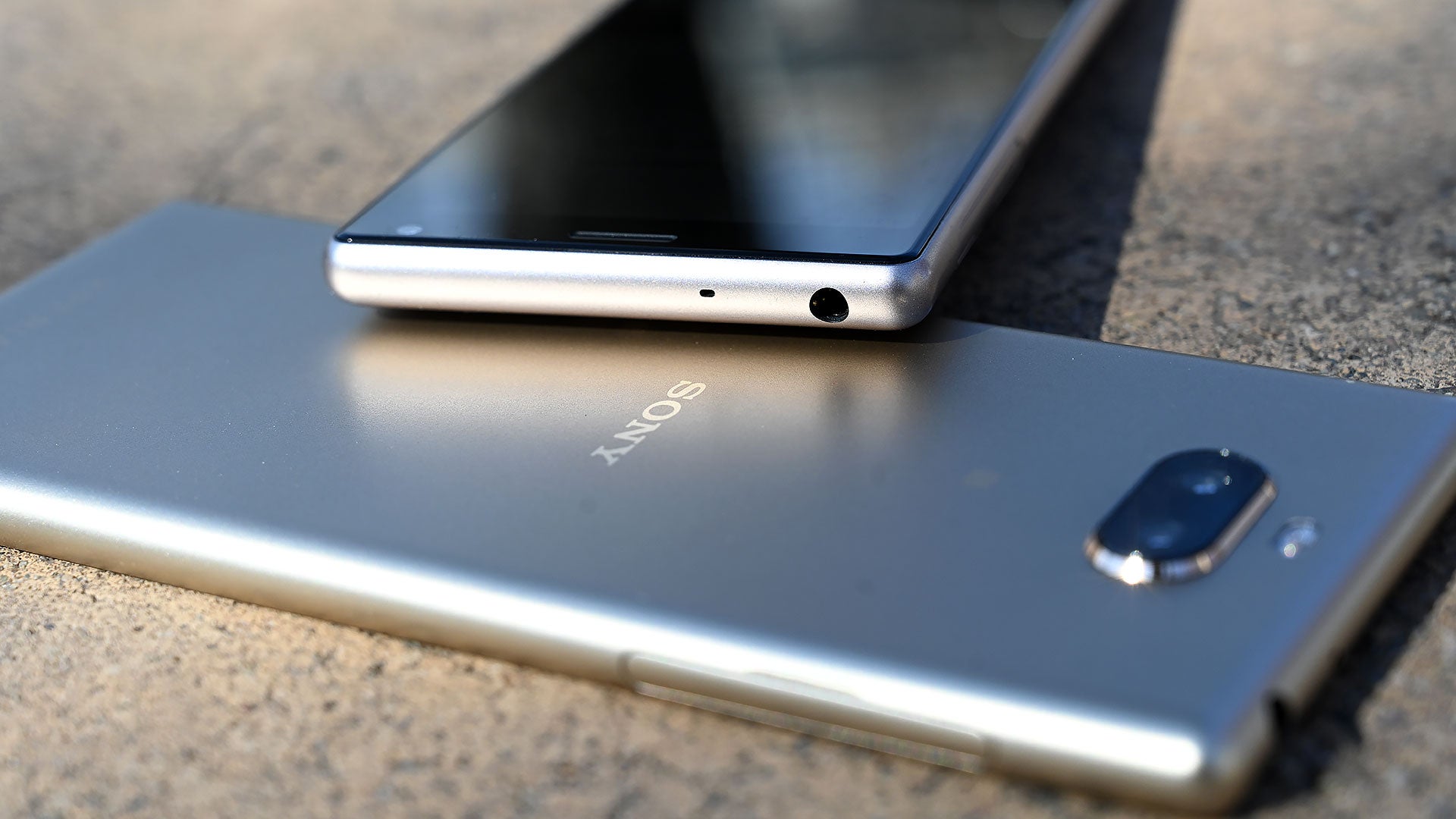 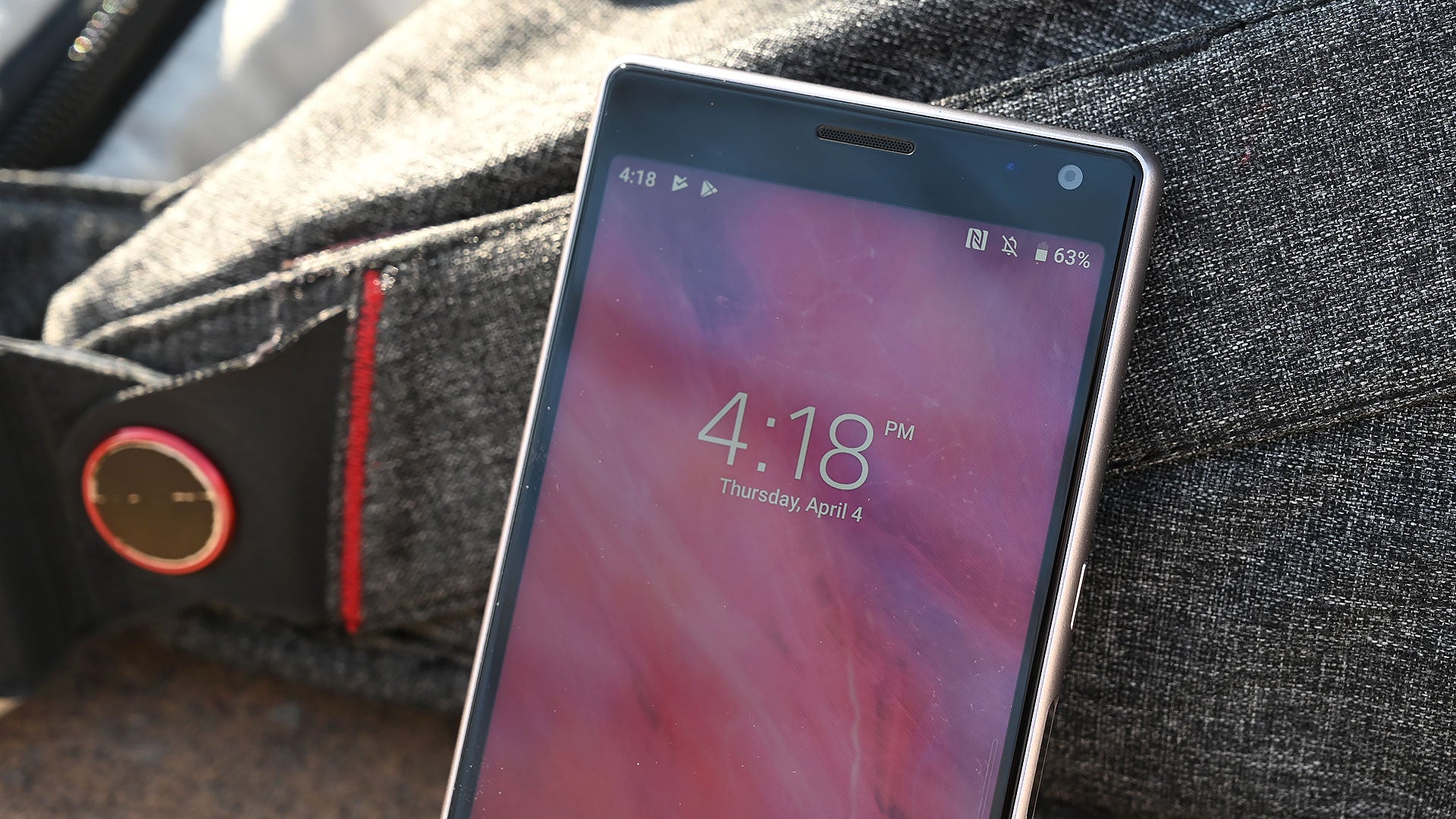 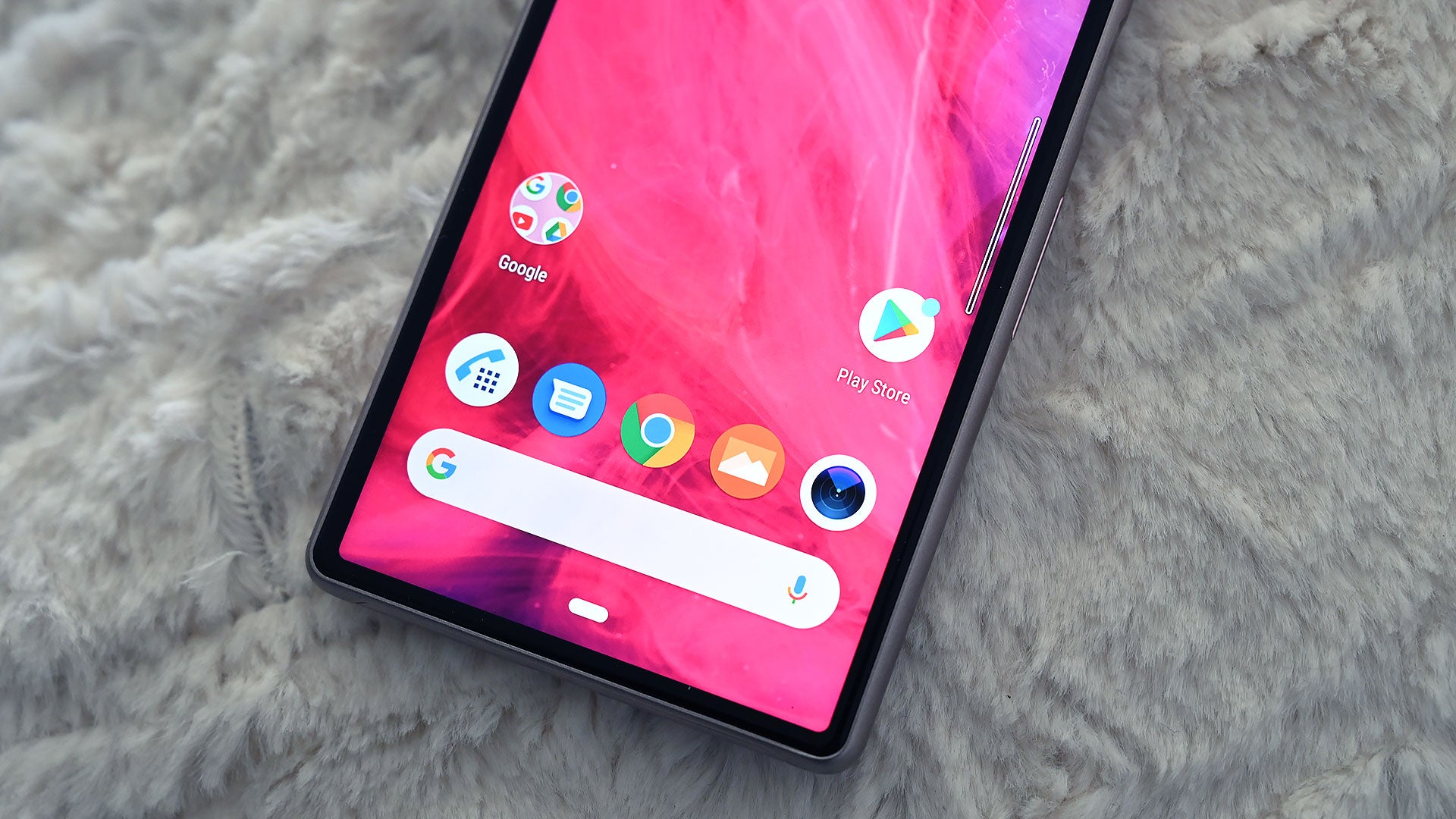 In bright light, the Xperia 10 typically matched shots from the Moto G7. However, further testing revealed an issue with the Xperia 10's white balance when shooting in sunny conditions that caused pictures to look overly yellow, as if a light sepia-toned vintage filter had been applied. What’s stranger is that this effect only occurred on the Xperia 10, not the 10 Plus, and while there is a colour temperature slider built into Sony’s camera app that can help fix this issue, you shouldn’t need to do that at all. I’ve reached out to Sony about the issue, and I will post an update when we hear back.

In other situations, the Xperia 10 showed much better low-light photography compared to the Moto G7, and if you’re someone who tends to snap a lot of pics at night or in bars or restaurants, the Xperia 10's low-light image quality represents its biggest advantage over the Moto G7. Meanwhile, on the Xperia 10 Plus, Sony includes a secondary 2x zoom lens that works as intended to give the phone a little extra reach. It’s a nice bonus, and something not found on the G7, but that’s about it.

In normal conditions, there’s very little difference in photo quality between the Xperia 10/10 Plus and the Moto G7.

However, in sunny light, the Xperia 10"s white balance seems to go awry.

Notice how only the Xperia 10 and not the 10 Plus seems to be affected.

With its auto HDR mode, the Moto G7 was able to produce a more balanced exposure, though colours in its pic start to look a bit cartoony.

However, in low-light, the Xperia 10 has a clear advantage over the Moto G7 when it comes to graininess and noise.

Look how blurry the Moto G7"s pic on the left. If you take a lot of low-light pictures, it might be worth the extra money for the Xperia 10.

When it comes to performance, the standard Xperia 10 suffers a bit due to its Qualcomm Snapdragon 630 processor. In Geekbench 4, the Xperia 10 (4,049) scored almost 20 per cent lower than the Xperia 10 Plus (4,945) and its Snapdragon 636 CPU, and nearly 15 per cent worse than the Moto G7 (4,624). While that might not sound like a huge difference, it’s something you can feel during everyday use, particularly if you rapidly switch between a lot of apps or play more resource hungry games.

And to make matters worse, both the Xperia 10 and 10 Plus don’t have very good battery lives. On our video rundown test, the Xperia 10 lasted 8 hours and 39 minutes, while the Xperia 10 Plus only fared slightly better at 9 hours and 18 minutes. Critically, both of those times are worse than the Moto G7's time of 9:29, which again, is troublesome considering that the G7 is cheaper than both.

All this leaves me feeling somewhat disappointed. While I initially thought their lanky screens were a gimmick, they ended up being a draw that kept bringing me back. Not only does the Xperia 10 and 10 Plus’ sleek dimensions make them great to hold, Sony’s metallic chassis reminded me how nice it is to have a phone that features something besides glass on the back. And with an easily removable SIM tray featuring a microSD card slot, a handy headphone jack up top, and stereo speakers on the Xperia 10 Plus, Sony’s latest low-cost handsets come pretty well equipped. The Xperia 10s even feature a nice, clean build of Android 9 too, so there’s no bloat or stupid gunk to worry about.

But with higher price tags, lacklustre performance for the Xperia 10, and subpar battery life for both, the Moto G7 remains the much better value. This sort of relegates the Xperia 10 Plus to serving as a mid-range alternative mostly for people who want better low-light photography, while the standard Xperia 10 gets left out in the cold. Though with some sites like Best Buy offering up to $US100 ($141) on the Xperia 10 (with immediate activation), assuming you can snag a deal, I wouldn’t write either off completely, just so long as you don’t pay full price. But after getting to know and appreciate this lanky screen duo, I was just hoping for more.