Plenty of cat owners will happily tell you their felines are capable of responding to their own names, but the scientific jury remains ambivalent on the matter. A fascinating new experiment suggests this might actually be true for some cats, and it’s a capacity very much tied to the social environment in which the cat lives.

Dogs are amazing at recognising their own names, but scientists are less certain about whether cats have this ability. New research from Sophia University in Tokyo, Japan offers new experimental data showing that some cats really can discern their names. The new research, published today in Scientific Advances, doesn’t mean cats understand the human conception of a name, but it does show that at least some cats can distinguish their names from other words.

Some cat owners might object to this study, saying it’s obvious that cats respond to their own names.

“However, in science even the most simple and ‘obvious’ things have to be demonstrated to be considered true and objective,” Carlo Siracusa, an associate professor of clinical animal behaviour and welfare at the University of Pennsylvania who wasn’t affiliated with the new study, explained in an email to Gizmodo. “And there are no previous studies that specifically answered this question.”

Prior research has shown that cats can recognise human gestures, facial expressions, and vocal cues. Atsuko Saito, the lead author of the new study, published a paper back in 2013 showing that cats are capable of recognising their owners’ voices.

These insights aside, researchers have only scratched the surface in terms of understanding the feline ability to communicate with humans — hence the uncertainty about cats being able to recognise their own names. The new study was an effort, therefore, to prove—and provide scientific evidence for — something cat owners have claimed all along.

In a series of experiments, Saito observed 78 cats in Japanese households and at a cat cafe — a themed coffee shop in which multiple cats live in a shared environment. A critical aspect of study is a concept known as habituation. Basically, it’s when a psychological or emotional response wanes in intensity after repeated exposure to a stimulus.

The raccoons in my neighbourhood are a good example, as they’ve become “habituated” to my shouts and gesticulations when I catch them rummaging through my garbage; the raccoons have learned to simply tune me out.

A name, however, is not something worthy of habituation, as it’s a “salient stimulus,” in the words of the researchers—a stimulus that, for cats, is associated with rewards, like food and petting, or punishments, like being yelled at after scratching the crap out of the sofa. Or at least, that’s the theory.

To test this hypothesis, Saito and her colleagues set up four different experiments in which either the owner or a researcher uttered a string of four different words in the presence of a cat, followed by the cat’s own name. These four words were the habituation stimuli (i.e. boring, uninteresting words) and they were general nouns featuring similar lengths and accents.

The habituation stimuli also included the names of other cats. As for the cat’s own name, however, that was considered the test, or dishabituation, stimuli.

In other words, the cats were expected to get increasingly disinterested with each successive word spoken (i.e. successful habituation to stimuli) until that magical fifth word was reached — their name.

Once the cat’s name was spoken, the researchers looked for five specific behavioural responses: ear moving, head moving, tail moving, vocalizing, and changing locations. A scoring method was used to assess how many, if any, of these behaviours a cat exhibited upon hearing its name; each behaviour was given 0.5 points, for a maximum score of 2.5. The same scoring method was used during the trials when the four dummy words were being uttered to grade the habituation process.

The third test was a repeat of the second test, but with general nouns instead of cat names. And finally, the fourth test was done to see if cats can discriminate their own names from general nouns when uttered by persons unfamiliar to them. The second and third experiments included cats from the cat café.

For the most part, the experiments showed that the cats were able to distinguish their own name, even when the name was said by a complete stranger. All cats were equally good at distinguishing their names from general nouns, but cats from the café were really bad at discerning their own name from the names of other café cats. Interestingly, cats living in ordinary households with several other cats were still able to discern their own names, so there’s something about the café environment that’s inhibiting the association (likely the sheer quantity of cats, and/or diminished opportunities for a cat to learn its name — but this needs to be studied further).

Regardless, this is “the first experimental evidence showing cats’ ability to understand human verbal utterances,” wrote the authors.

Mikel Delgado from the Department of Medicine and Epidemiology at UC Davis School of Veterinary Medicine said the paper was interesting, but she had some concerns, particularly with how the data was presented. Specifically, she didn’t like how the researchers only included the behaviours of the cats who showed full habituation to the general nouns or other cats’ names. This “cherry-picking” of the data, she said, made the findings look more profound than they really are.

“If you look at all of the data, the number of cats who respond to their name is pretty small,” Delgado wrote to Gizmodo in an email. “Generally, only one-third to half of cats show an increased response to their name — which isn’t exactly mind-blowing.”

Delgado was also concerned about the behavioural scores and how they were interpreted by the authors.

“When you look at how the responses panned out, of the cats who did respond on the last trial [i.e. when their name was spoken], their behaviour scores overall ranged from an average of 0.5 to 1.5 behaviours per trial in most cases,” she said. During the first four trials, however, when the dummy words were spoken, “the responses were in the 0.5 to 2 range. I guess it depends on how convincing or important it seems to, on average, show 1.5 behaviours vs. 0.5 behaviours.”

That said, Delgado liked how the researchers were careful to match the enunciation of each word, including the names, because “most of us when we call our cat’s names don’t do so in a monotone — we often use more of what is called ‘mother-ese’ — a higher pitch that animals tend to respond to more,” she said. What’s more, Delgado wanted to know more about the cats who could discriminate their names, like if their names were simpler, or if the owners refrained from using nicknames.

Siracusa liked the new study, but he said the conclusions offer some interesting morsels for debate.

“It actually proves that cats can understand associations with words that indicate their names, and can distinguish them from other words,” Siracusa told Gizmodo. “One more step towards understanding how cats think and what they can do—something that cat owners already know.”

These words, he said, are what we humans refer to as names — but it’s still an open question as to whether cats actually understand the concept “name.”

“In other words, would a cat be able to answer the question ‘what is your name?’ if they could talk? Probably not, as shown by the cats studied in the cat café, where any cat’s name can actually predict interaction with humans,” Siracusa told Gizmodo. “There, cats responded in a similar way to their name and to the ones of their mates.”

Delgado said the study introduces interesting questions about the things in an environment that grab the attention of cats, and why certain words have apparent meaning or are associated with particular outcomes.

“It doesn’t mean that the cats understand that the word is a label for them — just that it is a sound that may predict food or cuddles or attention or something else,” Delgado told Gizmodo. “That is associative learning and of course all animals are capable of that. Some cats may be more sensitive to those cues, such as cats who really love food or going outside, and so on. So it would be helpful in the future to try to tease apart some of the aspects of the cat’s personalities, lifestyles, or relationships with their humans that might make some cats more attentive to their environment,” she said.

The new study is certainly intriguing, but there’s room for improvement. In addition to the questions and concerns raised by Delgado and Siracusa, it would be good, for example, to study cats from other cat cafés. What’s more, this is the kind of study that asks more questions than it answers. There’s still plenty to learn about cats and their apparent ability to communicate with us humans. 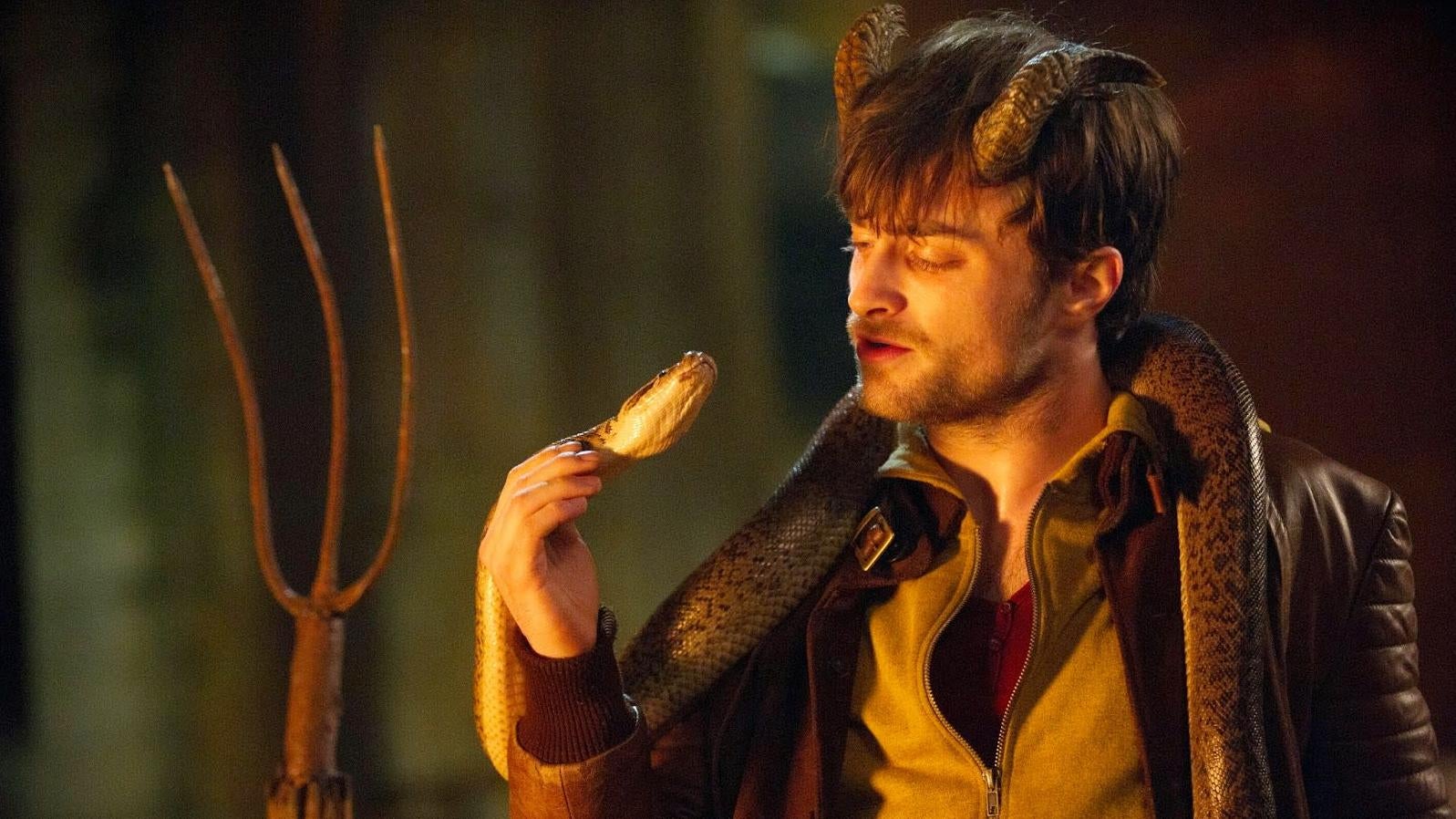