Buried Lakes of Salty Water on Mars May Provide Conditions for...

It’s no secret that I have an irrational and deep affection for that most humble corner of the automotive universe, the realm of the microcar. I love the cleverness of design, the austerity, the weird mechanical solutions, and the often strangely adorable result. That’s why I was so excited to find that Beau Boeckmann has a surprisingly rich and varied collection of microcars over at Galpin Motorsports, and, more importantly, he was willing to not just let me drive them, but drag race them against each other. Hot damn. 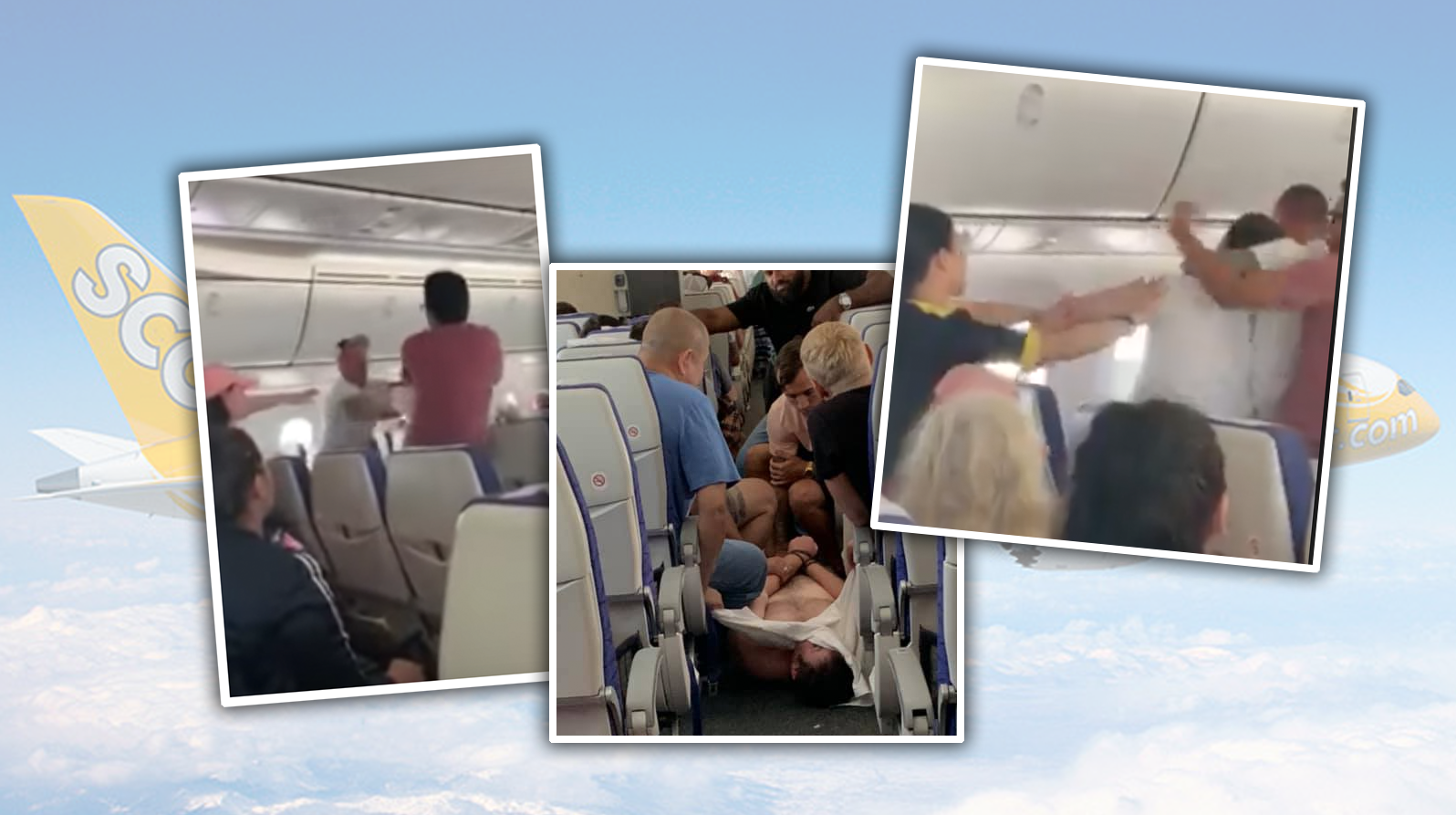 I know flying is often a frustrating experience, at least if you allow yourself to forget that you live in a magical age where you can soar through the skies at nearly the speed of sound while playing a video game in one hand and shoving Combos into your mouth with the other, but there’s really no good reason anyone on a flight should turn into a fist-throwing rage-moron like this guy did on a Scoot Airlines flight TR7 from Australia’s Gold Coast to Singapore.

While we normally just focus on one car per Jason Drives, this time we’ve got a whole microcosm of microcars with cameos and starring roles: a Peel P50, two kinds of Scootacars, a BMW 600, a Mazda 360, a Mochet Velocar, and a Messerschmitt KR200.

We were able to drag race a few of these, and those were some of the most intensely slow and loud and two-stroke-exhaust smelly drag races you’ve ever imagined.

Sure, almost every car had some sort of mechanical issues at some point, but, eventually, we got everything raced against one another to pick a sort-of winner, even if that is a very, very generous term.

While I think that video is full of good, hot, oily microcar-on-microcar action, there’s actually some very amazing stuff that didn’t make it into the final cut. Like this:

Yep. That’s the adorable and rare Mochet, rolled onto its side. Thankfully, nobody was seriously hurt, and, even more thankfully, I didn’t do it!

Beau was driving at the time, and maybe overestimated that very very crude machine’s ability to take a turn at the unheard of speed of around 3km/h. If anyone’s going to roll a rare microcar, it should be the person who actually owns it, right? Doing something like this to a car I don’t own is one of my biggest fears, so this was a good reminder to, you know, not do that. 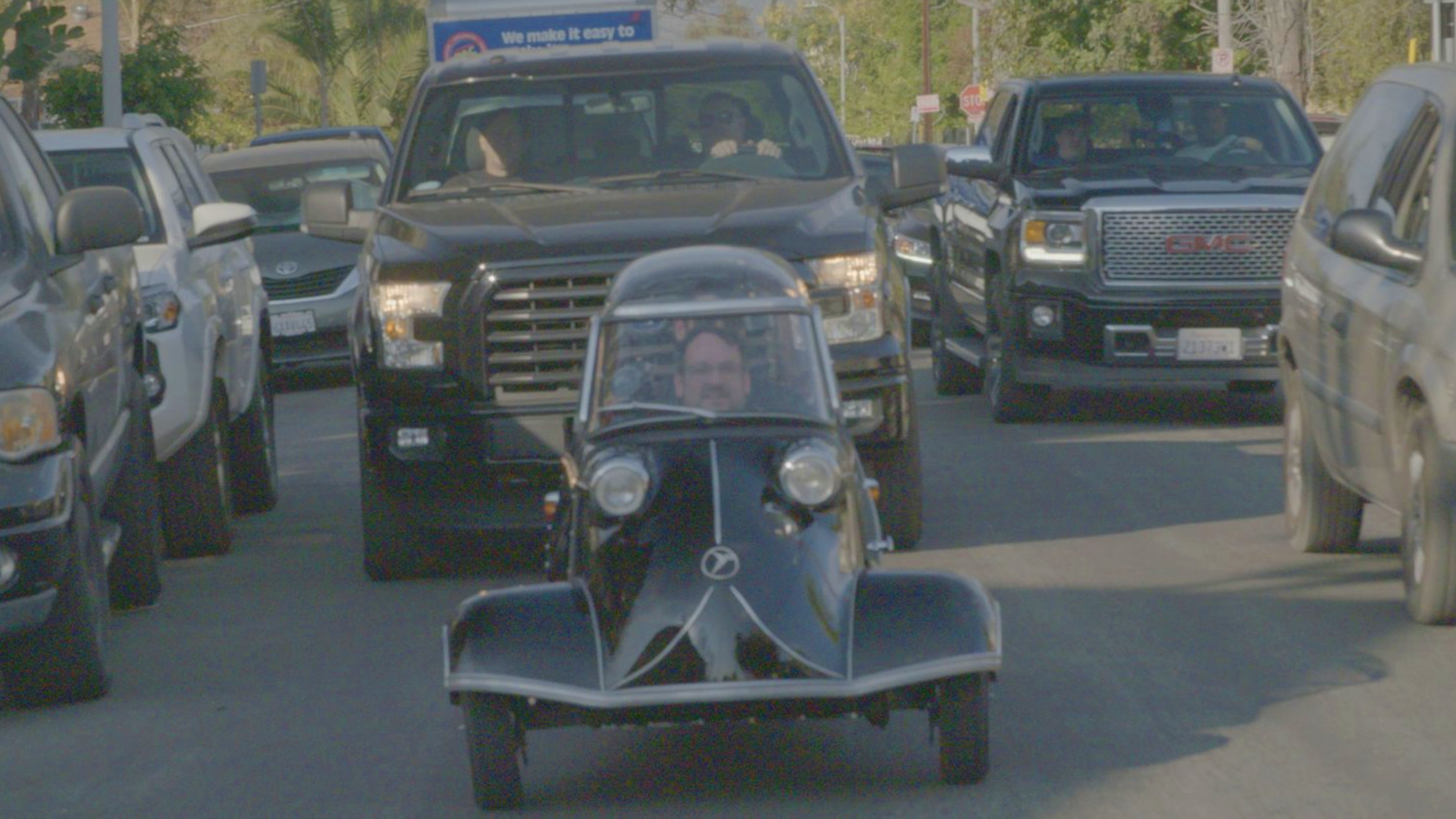 We also wanted to take the Messerschmitt through a drive-through to pick up lunch, since we figured being that low and having to open the aircraft-like canopy should be pretty hilarious, but the points were failing on the car and it was barely drivable through LA traffic.

Driving something the size and rough shape of a coffin is already pretty harrowing when you’re surrounded by huge SUVs and trucks piloted by angry, self-absorbed Angelenos; when you’re doing it in a mobile coffin that only will go 6km/h, it’s even more terrifying.

Hopefully we’ll get just that footage cut into a little something soon, so you can vicariously shit your pants along with me.

Anyway, I love microcars. So there. Remember, you can watch this on YouTube here (last time I got called a “Jew manlet” in the comments, which I had to look up—this week maybe it’ll be even better!) and also on Facebook, so you can make sure your aunt gets to see it, too.