Do Dogs Get Headaches? 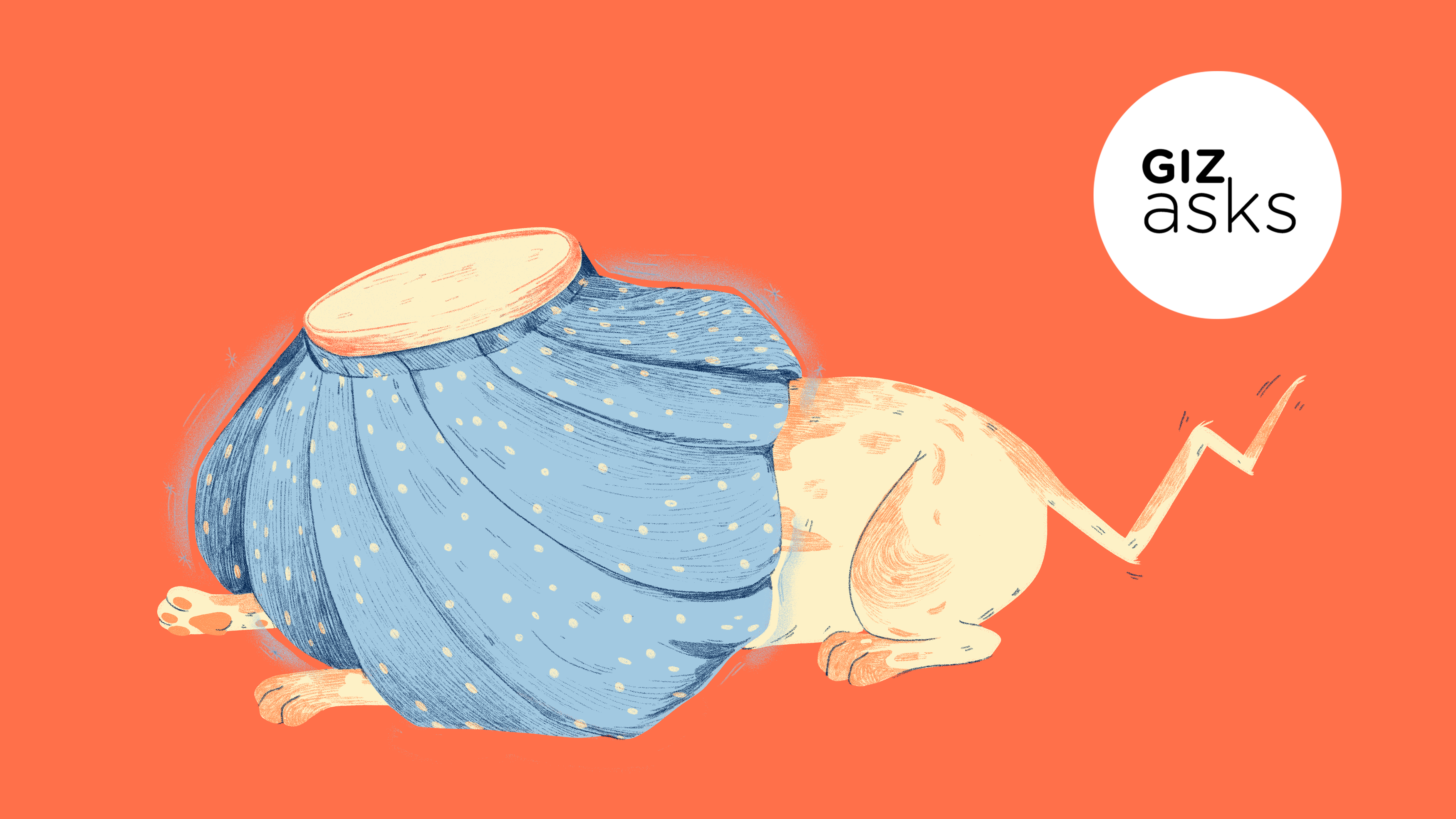 From the outside a dog’s life can seem close to ideal, at least at those moments when your desire to do nothing runs up against the imperatives of being alive (going to work, doing dishes, buying food for the dog, etc.). Plus, dogs generally don’t require fistfulls of Advil just to make it through the day. But would they, if they understood the concept of medicine, and could somehow unscrew those childproof caps with their paws? Put otherwise: do dogs get headaches? For this week’s Giz Asks, we reached out to a number of experts in canine medicine and behaviour to find out.

Yes, they can get headaches. As a veterinary neurologist-neurosurgeon, I see dogs with problems like brain tumours or encephalitis that would cause pain or headache in human patients all the time.

It’s not always easy to look at a canine patient and immediately answer the question: do they have a headache? But we do see cases where they have clinical findings that are consistent with pain, a diagnosis of a disease that could cause a headache, and then a response to treatment for headache. For example, I could see a dog who has a high heart rate, a classic sign of being in pain. The dog seems unhappy or uncomfortable to the pet owner and to me, and there isn’t anything like arthritis or enteritis that would be an obvious cause of being uncomfortable. I do an MRI which shows a brain tumour. I give a painkiller and the heart rate comes down, and the patient seems much happier and comfortable to me and to his family. (There are even cases where standard painkillers haven’t helped, but analgesics for “neuropathic pain” do make the patient comfortable and bring the heart rate back down.)

We don’t really think of dogs just getting an everyday headache in the same way that humans do. But yes, it would be hard to know if they did. With an everyday headache, my neurological examination wouldn’t find any abnormalities. Tests like MRIs or spinal taps wouldn’t show any abnormalities. So it would be really hard for us to prove that an otherwise normal dog did or did not have a headache.

For pet owners, I would say that if your dog is seeming uncomfortable and appears to be sensitive in the head area, go and see your veterinarian. Nearly always, there is an obvious explanation like dental disease (such as gingivitis), an ear infection, or something like that. There are times your veterinarian might find clinical evidence of something like a brain tumour or encephalitis, and refer you to a veterinary neurologist like myself. Fortunately, much simpler diseases like tooth rot or ear infections are much, much more common.

“As a veterinary neurologist-neurosurgeon, I see dogs with problems like brain tumours or encephalitis that would cause pain or headache in human patients all the time.”

I don’t think we have a good way of knowing for a fact if dogs get headaches. I would be shocked if they don’t, because their biology is so similar to ours. They get some veterinary conditions that in human disorders are associated with headaches: Some breeds are predisposed to encephalitis, which would cause something like that; they get tumours, they get sinus infections, they have swelling. All of those things are associated with headaches in humans. But don’t ever give a dog human headache medicine—that’s a recipe for disaster.

One of the ways that we’ve genetically changed dogs is that we’ve bred them to have all these different breed conformations, and one of the things that we’ve changed pretty profoundly is the shape of the skull, which causes differences in the shape of the brain case, so there’s all sorts of potential interactions going on there. There’s a 50-fold difference in body size with some of these breeds.

But dogs, because they are carnivores, their nature is to not let on when they’re feeling in pain—they try to put on a brave face. If you’re out there in the wild, you don’t want to show weakness—that’s a recipe for you no longer being alpha dog in the pack, they’re gonna turn on you.

“Because they are carnivores, their nature is to not let on when they’re feeling in pain—they try to put on a brave face. If you’re out there in the wild, you don’t want to show weakness—that’s a recipe for you no longer being alpha dog in the pack, they’re gonna turn on you.”

Some veterinarians feel certain that dogs experience headaches similar to migraines in people; they base their certainty on pain behaviours exhibited by dogs that center around the head and that have close analogs with human pain behaviours in response to migraines. Others believe that dogs may experience head pain following some invasive medical treatments and refer to these pain syndromes as headaches. What is lacking are controlled studies on dogs directed at answering the question decisively.

From my perspective, I wonder why dogs would be exempt from developing headaches with many of the same symptoms and due to many of the same causes humans report. They have many central neural pathways that are similar to those in humans. Why would those pathways not occasionally “malfunction” in similar ways? My dog is epileptic; for several minutes after an especially violent seizure, he appears to squint and keep his head low, making me think he has a headache. But, this is purely speculation on my part.

“Dogs with brain tumours tend to push their head against walls and furniture as though their head hurts, and anti inflammatory drugs improve this ‘head pressing.’”

All signs point to the fact that they do. Dogs get brain tumours with about the same incidence as people. People often report headaches with brain tumours. Dogs with brain tumours tend to push their head against walls and furniture as though their head hurts, and anti inflammatory drugs improve this “head pressing.” It is likely similar to people who put pressure on their head (with their hands, a band, or a hat) to make the headache feel better.

Do dogs get headaches randomly like we do? There is no evidence for this. Since dogs do not suffer similar stressors and colds like we do, it is not unexpected that they would not get benign headaches as often as we do. Fortunately, hangovers are similarly very rare in dogs.

“Do dogs get headaches randomly like we do? There is no evidence for this.”

Some behaviour changes that might be associated with head pain: obviously, a change in activity. Dogs may be much less active, and be light-sensitive (refusing to go outside on a sunny day, for example). They may not want to eat as much, and even avoid treats. They might rub their head or hold their head against the wall, furniture, or even you. They may rub their eyes. Dogs can get pain from toothaches, eye dysfunctions, allergies, head injuries—many of the same things that cause humans to have headaches.

Dogs cannot tell us that their head hurts, so it is up to humans to watch for subtle changes in their normal behaviour and get them to a medical diagnosis as soon as possible. Obviously, if it is a medical emergency, go to doggie ER. Developing a good relationship with your vet, and reporting abnormal symptoms, makes for a healthy and happy dog!

“Dogs cannot tell us that their head hurts, so it is up to humans to watch for subtle changes in their normal behaviour and get them to a medical diagnosis as soon as possible.”

Do you have a burning question for Giz Asks? Email us at [email protected]