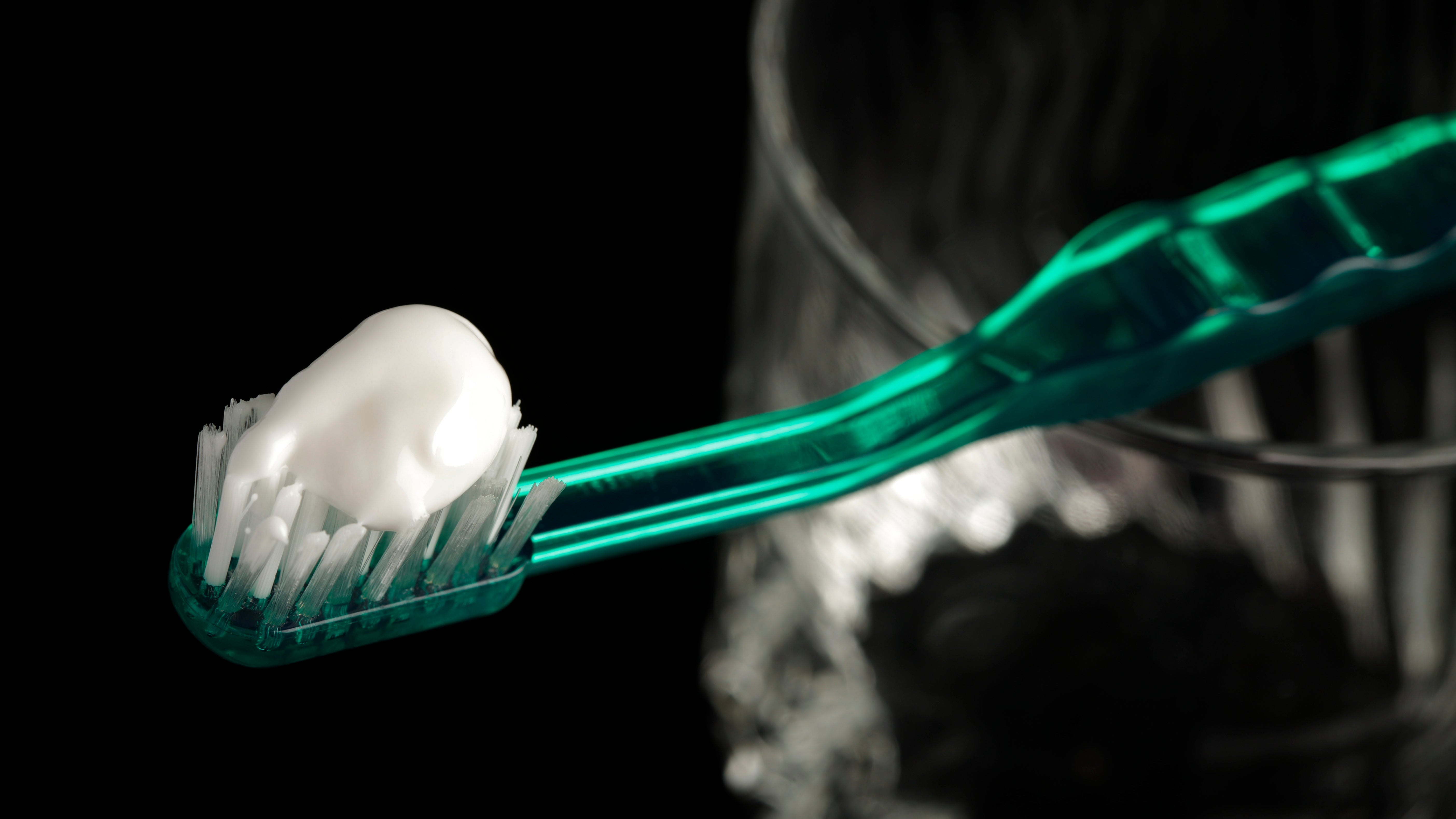 A 2009 photo of a toothbrush with Colgate Total toothpaste on it, a brand that once contained triclosan. The company only switched its formula this year. (Photo: Carolyn Kaster, AP)

Your daily gob of toothpaste or spritz of body spray might be inadvertently mucking up your antibiotic treatment, suggests new research. It found that a common household antimicrobial ingredient—triclosan—seemed to reduce the potency of antibiotics used to treat urinary tract infections by a hundred-fold, at least in mice.


Triclosan is an ubiquitous chemical, found in everything from body wash to lip gloss to deodorant to household cleaners to mouthwash. Traditionally, it’s been advertised as an easy way to kill bacteria and fungi, seemingly without harm to humans. In recent years, though, increasing evidence suggests otherwise.

In 2017, the Food and Drug Administration finalised its ban of triclosan and similar chemicals from being used in consumer soaps marketed as antimicrobial. The agency cited evidence showing antimicrobial soaps with these ingredients don’t seem to prevent illness or even kill bacteria any better than a typical bar of soap and hot water. Even more worrying is a growing pile of evidence showing that triclosan can actually help create bacterial superbugs.

It’s thought that the way triclosan stops bacteria is too similar to how many antibiotics do the job. So bacteria that evolve resistance to triclosan also learn how to fend off those drugs. That’s definitely bad news, because triclosan eventually ends up everywhere in our environment, where it can promote broad antibiotic resistance.

The new study, published in Antimicrobial Agents and Chemotherapy, doesn’t break new ground in proving this connection. But the results suggest the effects of triclosan on antibiotics and bacteria happen long before the chemical escapes into the outside world—it can happen inside our bodies, too.

The researchers first exposed petri dishes containing strains of UTI-causing Escherichia coli and methicillin-resistant Staphylococcus aureus (the superbug also called MRSA) to doses of triclosan that you’d typically find in a consumer product. Then they tried to use common, bacteria-killing antibiotics on them. Compared to non-exposed bacteria, the triclosan-battered bacteria were able to tolerate the antibiotics 1,000 times better. The team next did a similar experiment with live mice, finding that bacteria exposed to triclosan could survive in mice up to 100 times better than the control germs.

“Normally, one in a million cells survive antibiotics, and a functioning immune system can control them. But triclosan was shifting the number of cells,” lead author Petra Levin, a professor of biology at Washington University, said in a statement. “Instead of only one in a million bacteria surviving, one in 10 organisms survived after 20 hours. Now, the immune system is overwhelmed.”

Mice are not humans, so the study is limited in what it can tell us about antibiotic resistance in people. That said, there’s definitely reason to be worried. UTIs, especially among women, are one of the most common infections that we rely on antibiotics to treat. And even with the antimicrobial soap ban, triclosan is still widespread. Other research has found that as many as three-quarters of Americans take in enough triclosan for it to be found in their urine.

Levin’s work might also have uncovered one explanation for why triclosan can stop some antibiotics from working. Her team found evidence that the chemical triggers the production of a molecule called ppGpp that slows bacterial growth. These slower bacteria, they theorise, can then fight off certain antibiotics better. In mutant E. coli unable to make ppGpp that the team created, triclosan wasn’t able to stop the antibiotics from working, adding more support to their theory. It’s likely, though, that ppGpp is just one of many ways triclosan can affect antibiotic resistance.

In any case, at least some companies that put triclosan into their products are starting to feel the heat. Earlier this year, Colgate-Palmolive introduced a triclosan-free version of the Colgate Total toothpaste. While still arguing that the original version, the only U.S. brand of toothpaste approved to carry triclosan, was perfectly safe and better for your dental health than competitors, the company now claim its new version, made with stannous fluoride, “delivers even more benefits.”

If you’re unsure about whether you’re currently using any products that contain triclosan, the U.S. Department of Health and Human Services has a handy list you can check.